Stay-At-Home Mum Delivers Food When Her Kids Are At School, Learns To Let Go Of ‘Mum Guilt’ 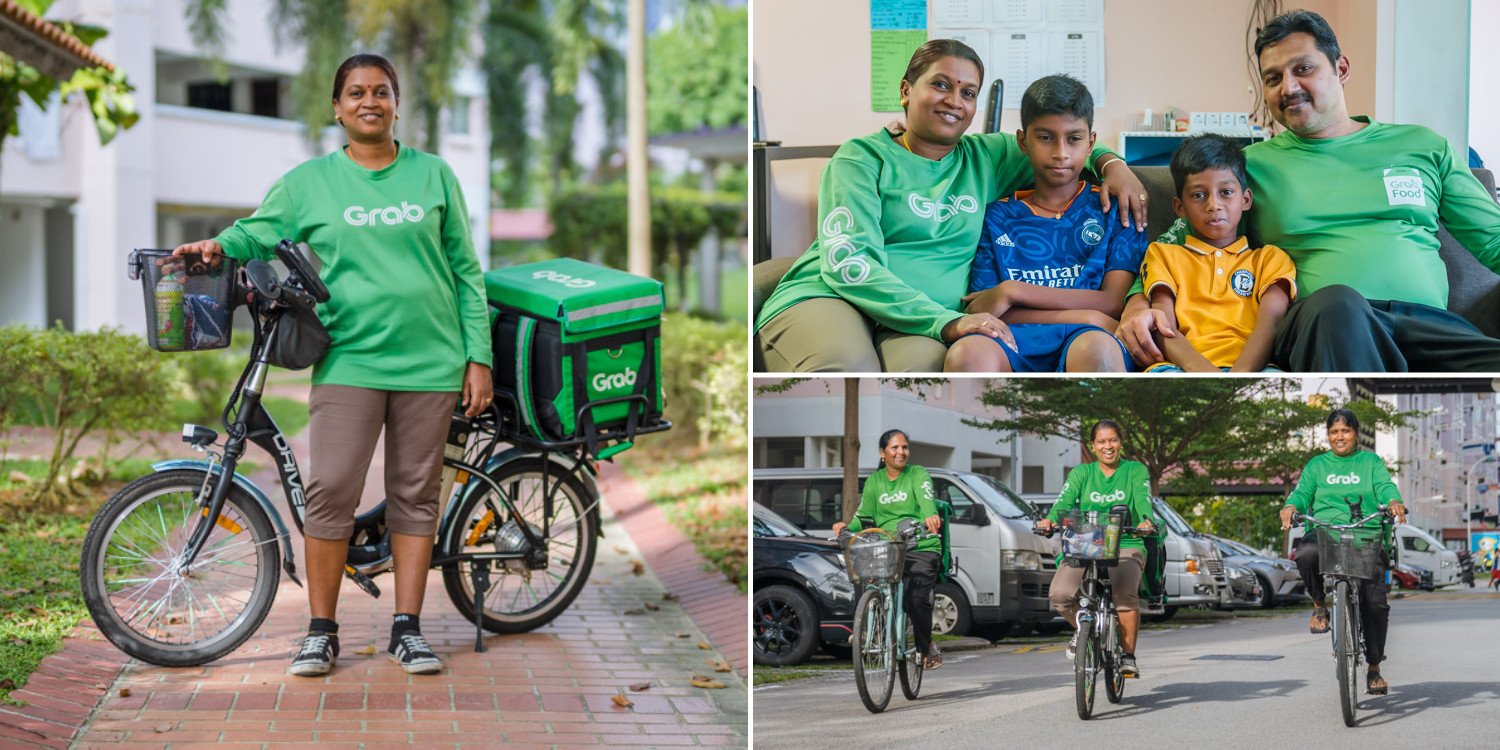 She even managed to make friends with two other Grab rider mums.

Being a mum is hard work. So hard, that there should be more than just one day dedicated to them every year.

Today (8 May) is Mother’s Day, and Sheela Bathumalai looks back on her journey as a mother of two, and how she once yearned to help her husband put food on the table despite being a stay-at-home mum.

All this culminated in ‘mum guilt‘ — the nagging feeling that you’re not doing enough for your kids. When MS News spoke to her on Thursday (5 May), the 44-year-old shared she learned to let go of the ‘guilt’ after signing up as a food delivery rider two years ago. 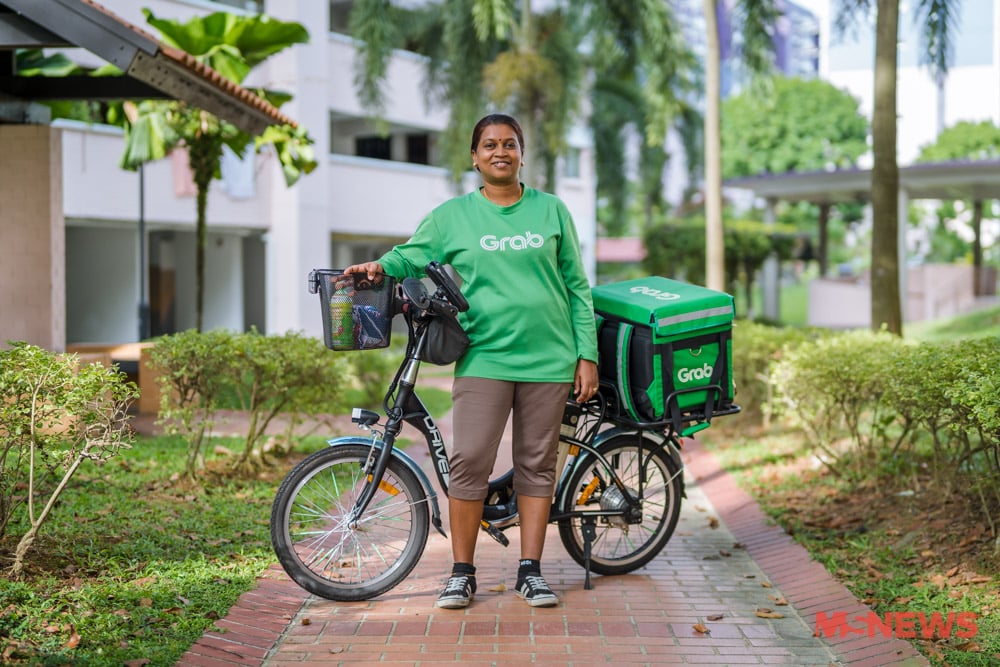 She wanted enough time to look after her kids without compromising her income — and she got it.

While it’s been a relatively short journey, Sheela can’t stop gushing about her job. She tells us why she recommends it to others, as well as other notable stories from her journey as a delivery rider so far.

In 2020, Sheela joined Grab as a food delivery rider. She used to work as a part-time cashier at a fast food restaurant and supermarket, but quit because the hours were not flexible.

“I’m happy being a Grab rider,” the mum-of-two beamed. “It gives me a lot of flexibility compared to other jobs. I get to decide my working hours and when to take leave. This gives me more time to take care of my children and do whatever I want, while still earning money on the side.” 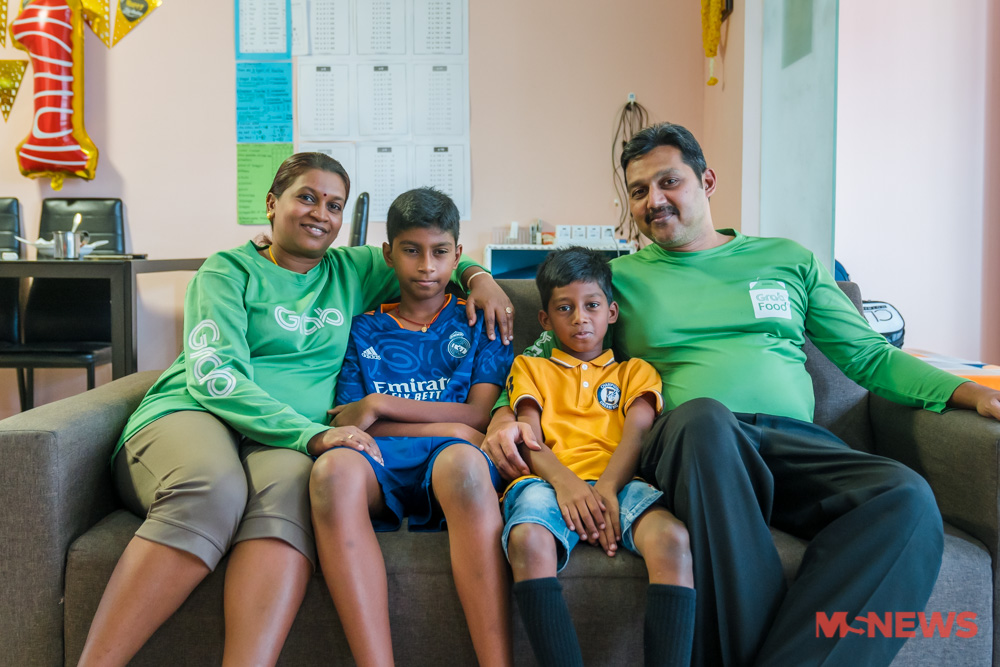 A typical day for Sheela looks something like this: She wakes up at around 6am or 6.30am to send her sons, aged 9 and 12, to school at 7.15am. She then gets ready for the day and starts doing GrabFood deliveries at 8.30am.

She takes a break for breakfast at around 10am or 10.30am before resuming work until 2pm. Then, she spends the rest of the day helping her boys with their studies and doing house chores. She also has more time to indulge in her favourite hobbies like cooking and baking.

Sheela usually does deliveries from morning to early afternoon five days a week. She also works in the evenings from around 5pm to 9pm on Fridays and Saturdays.

Once received a S$20 tip from a customer

While social media is rife with stories about entitled food delivery customers, Sheela reported that she had not encountered any particularly nasty ones herself so far.

Even those unhappy about their orders arriving late calmed down immediately as soon as she gave an explanation. “Most people are quite reasonable,” she said.

In fact, Sheela has more trouble singling out the best customer she’s met as so many of them have been kind to her. When Sheela did her very first delivery in the Boon Lay area, she got a little lost as she struggled with following the directions on the map. She had to call her husband, who’s also a Grab driver, and he guided her.

As a result, she arrived at the customer’s house quite late. However, the customer was glad to finally get her food after having a few orders rejected and tipped Sheela S$10.

“I was so touched, I wanted to cry!” Sheela laughed.

The biggest tip she’s received was S$20. “There was a thunderstorm. The customer told me to take my time, but I was worried that the food might get cold, so I rushed over in the rain. Maybe that’s why she tipped me,” she said.

While female Grab riders are seemingly quite rare, especially mothers, Sheela got to make friends with two other mums, Jeya and Dhanam, on the job. 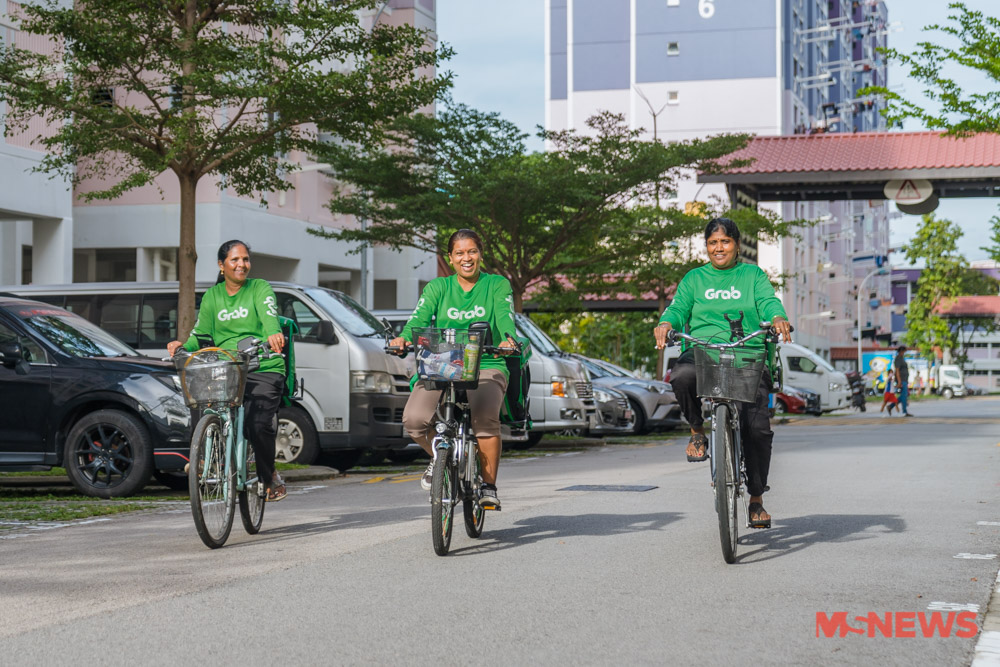 The three women are very close and often hang out, even starting work together.

“We call each other almost every day when we’re going out to do deliveries in the morning,” Sheela shared. “Sometimes, we also end work and go home together as we stay quite near each other. I feel motivated to deliver more as I can do it with them.”

Sheela now encourages other mums who may be interested in becoming food delivery riders to “just go for it”. “It’s quite fun. You get the chance to know more about what’s happening outside while earning money, and you can also make friends!” 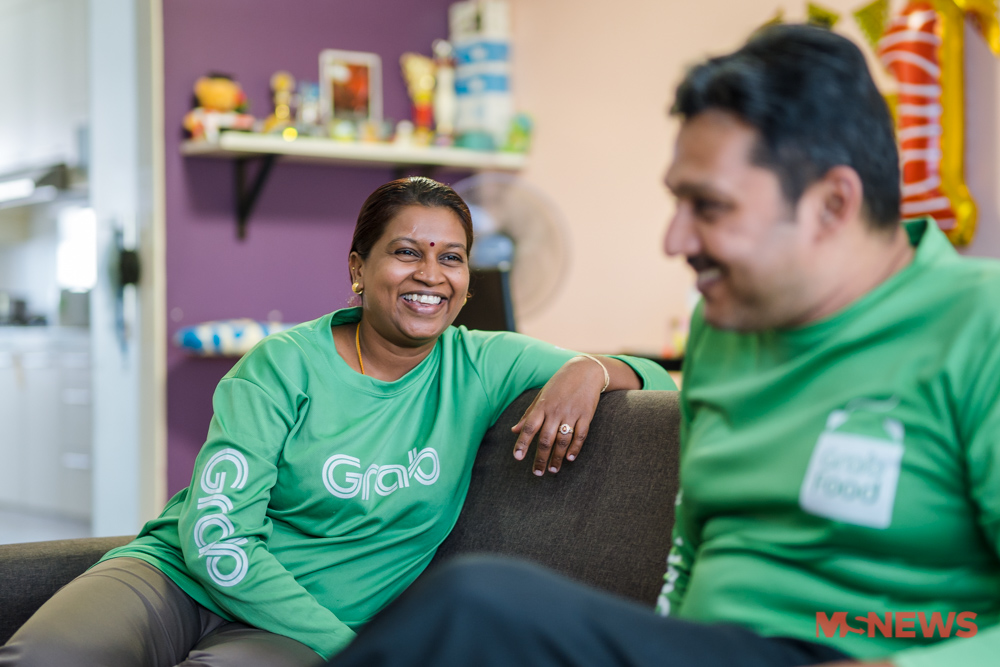 Her family, of course, is highly supportive of her endeavour.

“My husband is the one who brought me to the Grab centre to sign up. My kids also love asking me about my day after coming home from work. They ask how many orders I got and how much I earned,” she grinned.

Happy Mother’s Day to Sheela & all other mums out there

It’s heartening to know that mums have more options for jobs that allow them enough freedom and flexibility to do what they want while still having their own income.

We commend Sheela for her dedication to her work and her family, and wish her every success in her career.

MS News wishes all mothers, mothers-to-be, and mother figures out there a very Happy Mother’s Day.