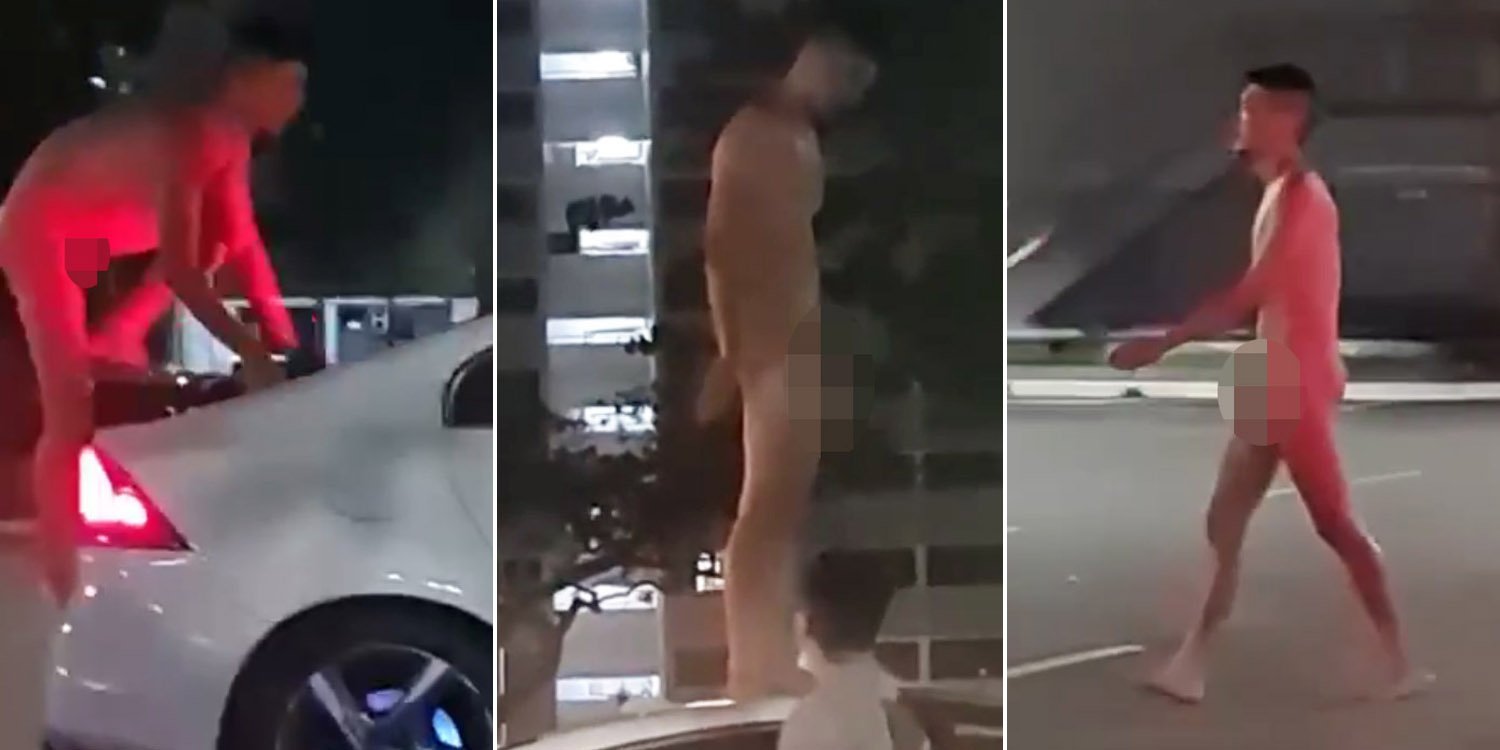 UPDATE (3pm, 11 Jun): A 24-year-old man has been arrested for appearing naked in a public place.

On Thursday (10 Jun), footage of a naked man riding a motorcycle made rounds on social media and messaging apps.

Later that day, another video surfaced showing what appears to be a similar-looking man in his birthday suit climbing onto a car.

Naturally, the driver appeared shook when he saw the unexpected ‘passenger’ and stared in disbelief, probably wondering what the man was doing on top of his car.

At the start of the 39-second clip, a fully naked man is seen with his face against the boot of a white car. 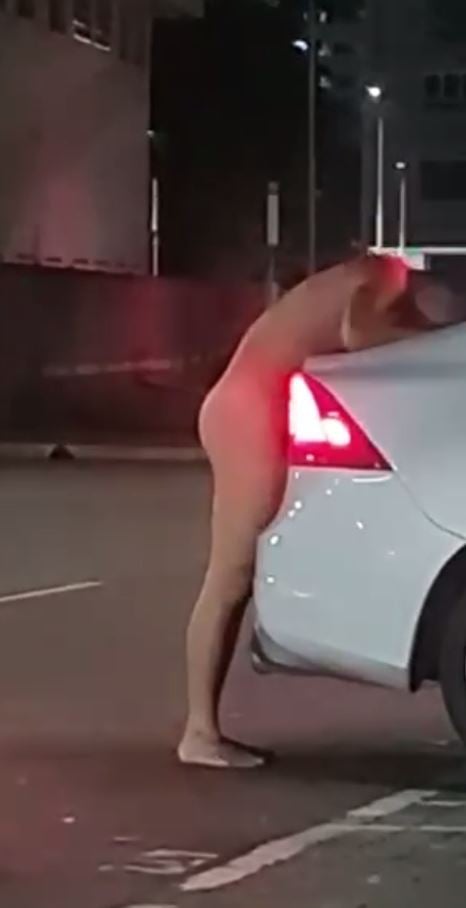 It’s unclear where the video was taken, but the surroundings do resemble that of an HDB estate. The car park markings on the ground are also similar to those typically seen in Singapore.

Moments later, the man starts climbing onto the car and stops briefly as he reaches the centre. 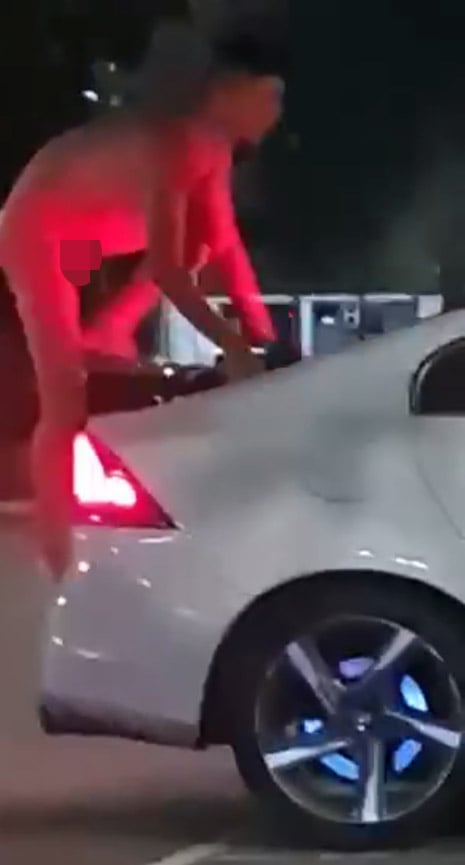 The driver who happened to be in the car at the time exits the vehicle to investigate the source of the thumping sound.

Seeing the unexpected ‘passenger’, the driver appears stunned as he stares in disbelief at the sight before him.

Seconds later, the naked man slowly descends from the vehicle before jumping to a nearby grass patch and going down on his knees. 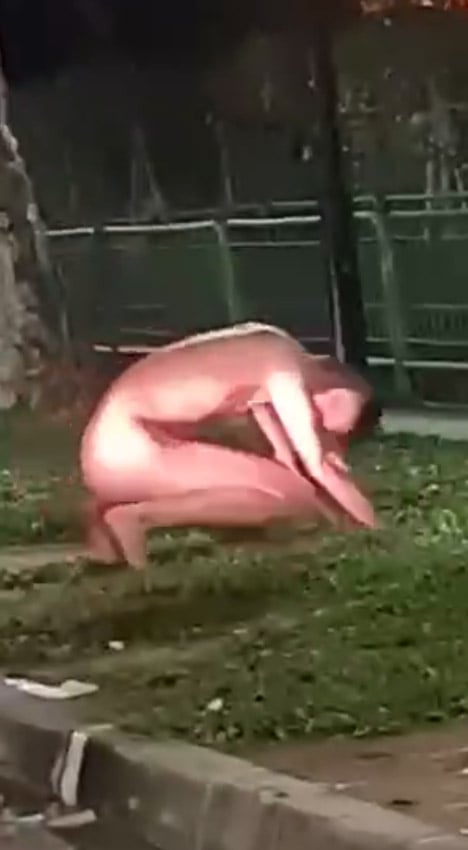 He then gets up and walks off as if nothing had happened. 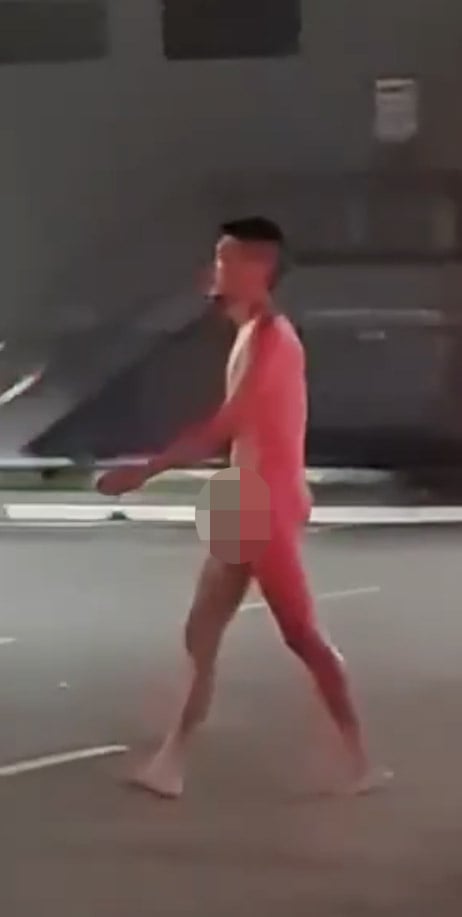 Though we can’t ascertain if the person in the clip is the naked motorcyclist from an earlier viral video, there’s a certain resemblance to his build and high-fade hairstyle. 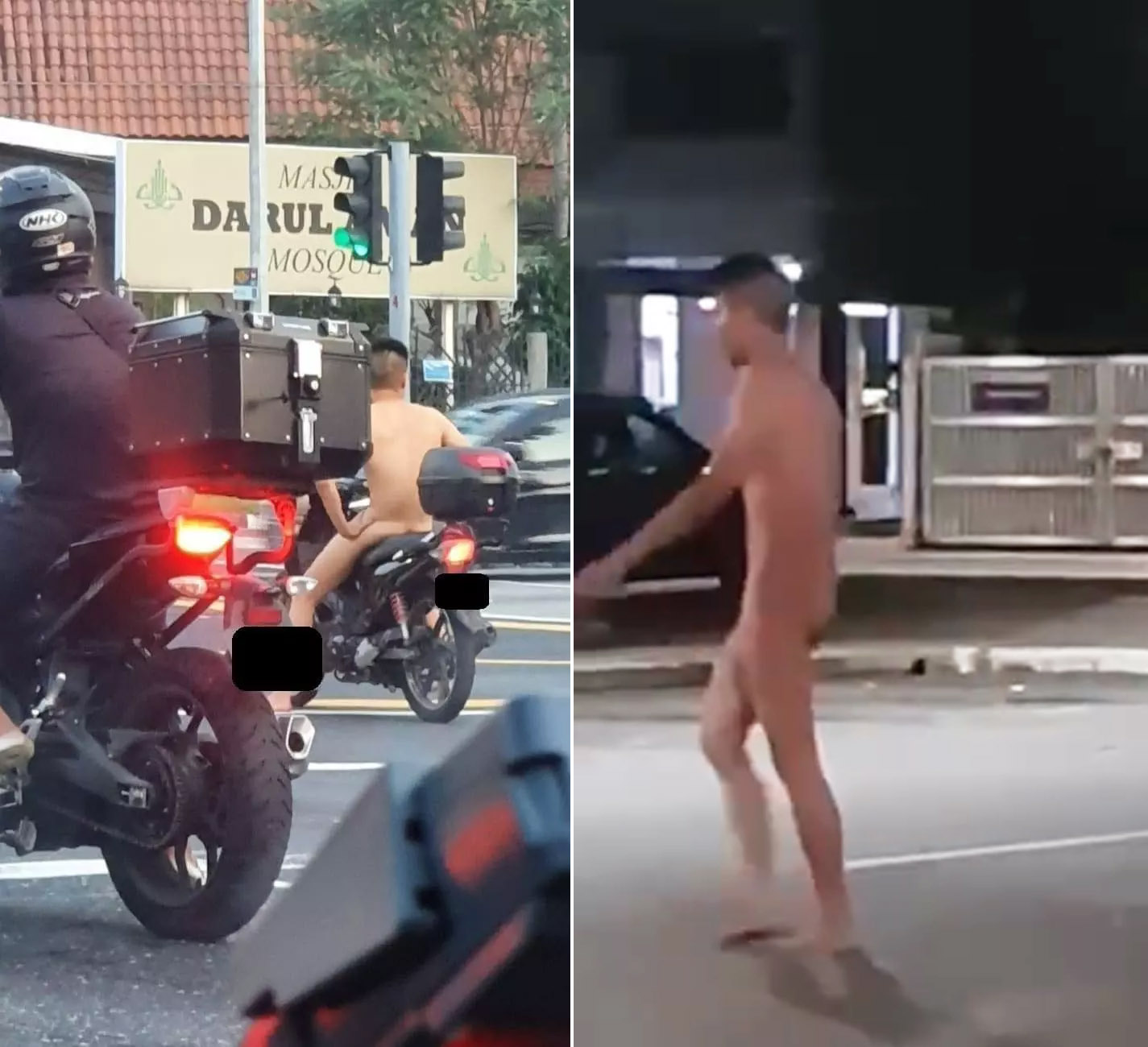 Going naked in public is illegal in Singapore

Dressing in one’s birthday suit in the public is illegal under the Miscellaneous Offences (Public Order and Nuisance) Act.

MS News has reached out to the police for comments and will update this article accordingly.

Don’t walk about in your birthday suit

Though most might instinctively joke about seeing someone naked in the public, others may be uncomfortable at the sight of it.

Should the man be in need of any medical attention, we hope he’ll receive it soon.

As for the rest of us, let’s make it a point to be appropriately clothed when out and about. We know the weather’s rather warm, but the waters that you’ll find yourself in are much hotter if you don’t abide by the rules.