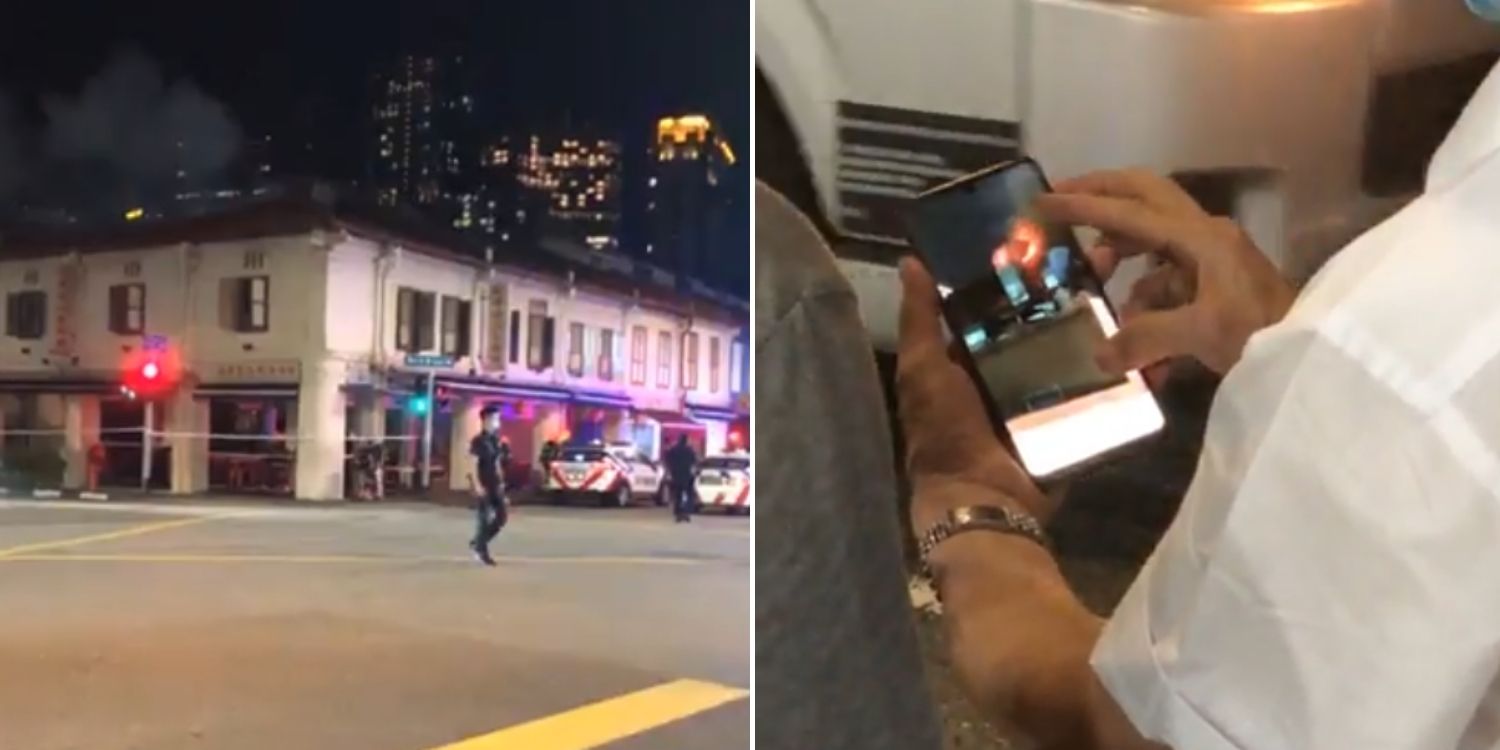 Fires can break out anywhere, even in the places where you least expect them.

The fire caused about 20 people to self-evacuate before Singapore Civil Defence Force (SCDF) personnel were on the scene.

Luckily, there were no injuries reported in the incident.

On Monday (29 Nov) night, the Singapore Incidents Facebook page went live to report on the fire that broke out at the steamboat eatery in Bugis.

The livestream started from across the eatery, in the vicinity of Textile Centre. From there, one can spot the firefighters and police officers on site.

The restaurant was cordoned off. Smoke can also be seen billowing from the back of the restaurant.

Kitchen exhaust duct cause of fire in steamboat eatery

Later on, we see an elderly man talking to a couple in the vicinity.

He showed a video of what appears to be the cause of the fire—a kitchen exhaust duct (KED) going up in flames.

Responding to MS News’ enquiries, SCDF confirmed that the fire involved a KED. They eventually put out the blaze using 2 water jets.

Thankfully, 20 people, comprising patrons and staff, self-evacuated before their arrival. No injuries were reported. 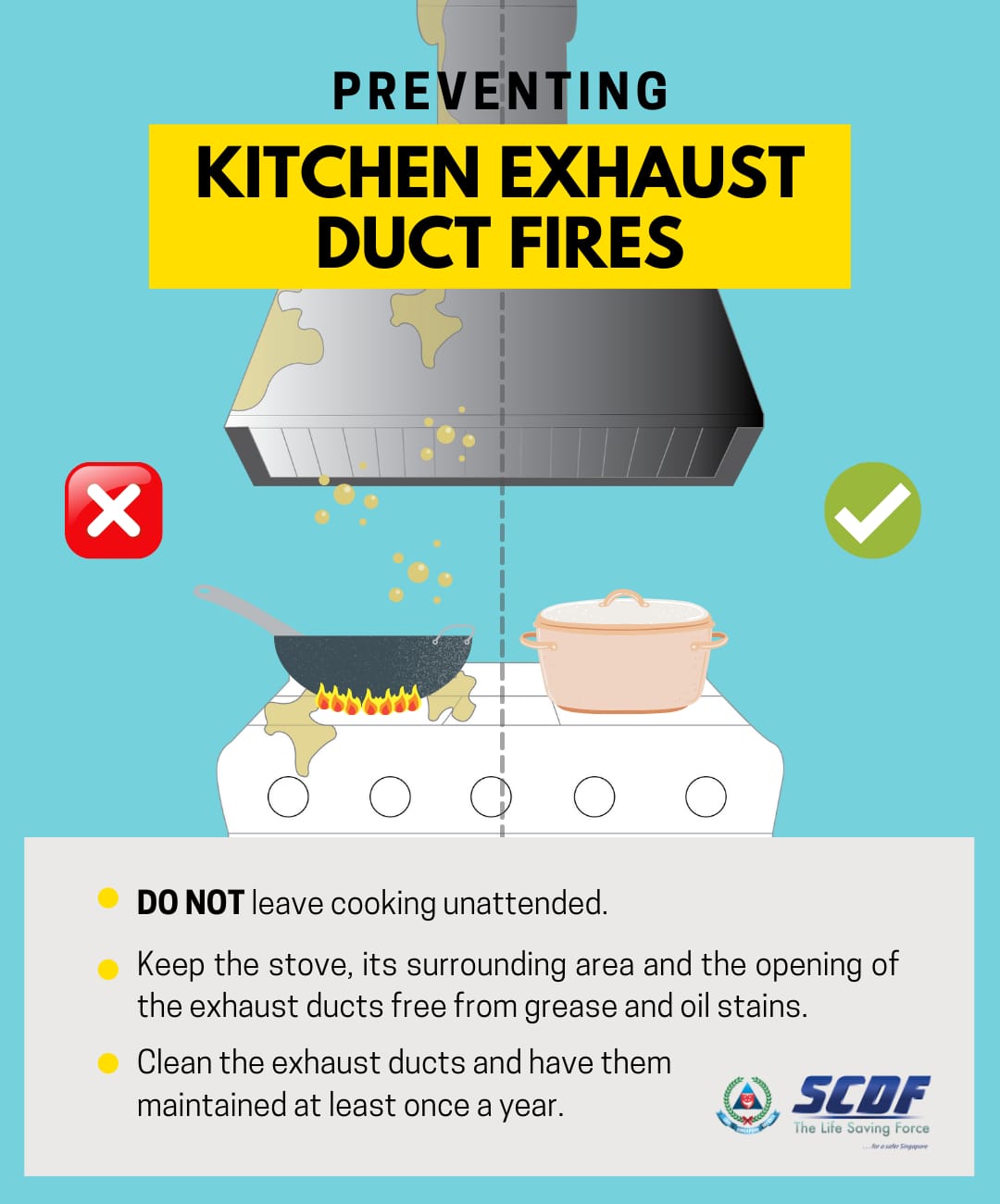 Thankfully, the ever-reliant SCDF was quick on the scene to put out the fire.

It would be a scary thought to imagine the fire spreading as the shophouses in Bugis are so close to one another.

To those working in kitchens, do take note of the tips shared in the infographic above to prevent any potential fires.