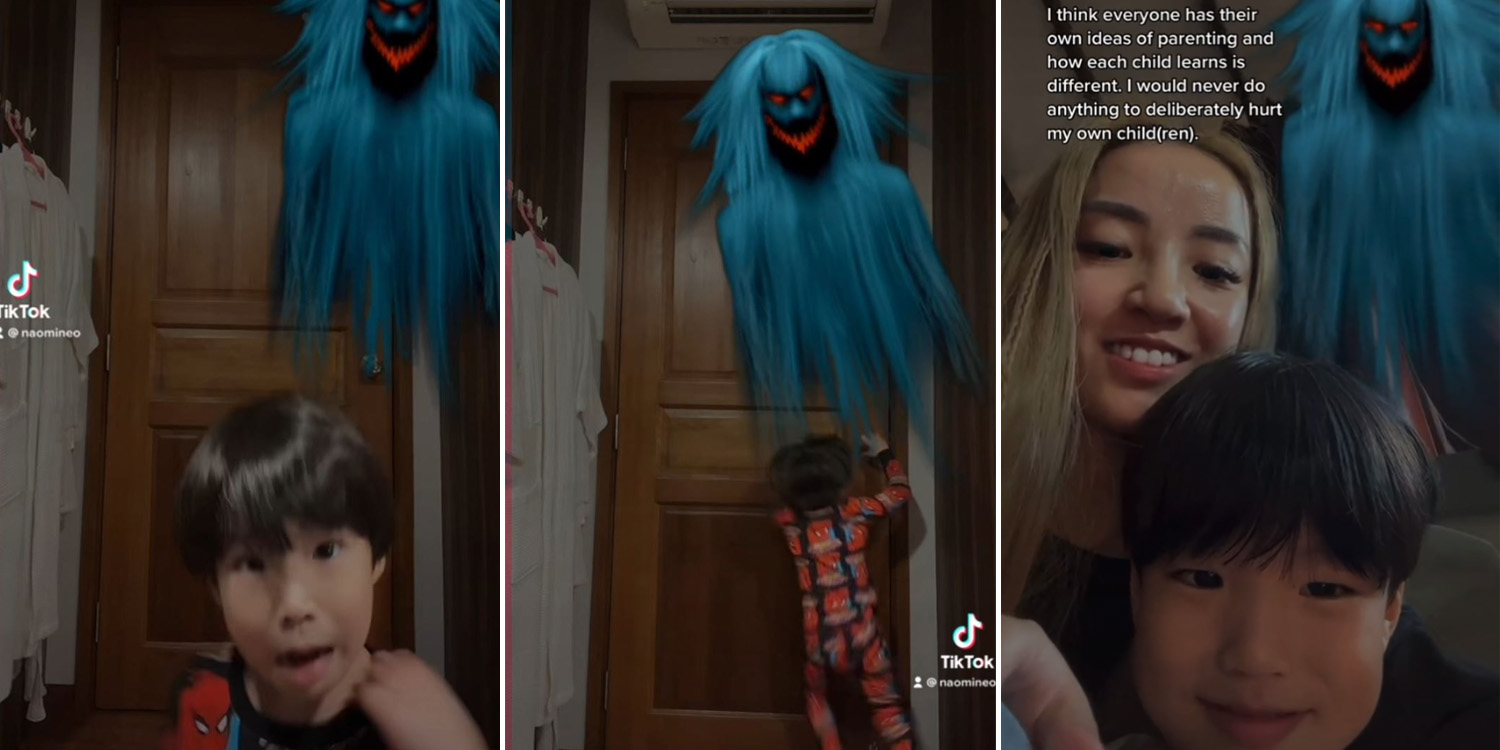 The four-year-old boy looked absolutely terrified in the clip but seems to like the filter now.

TikTok is truly the land of neverending trends, both good and bad — when one dies out, another comes forth to take its place.

Recently, a ghost filter prank has been gaining popularity on the app.

Users would leave victims of the prank – typically young children – alone in a room while a filter tricks the kids into thinking that they’re stuck in the space with a ghostly apparition.

Local influencer Naomi Neo is the latest person to attempt the prank — and her victim was none other than her four-year-old son. 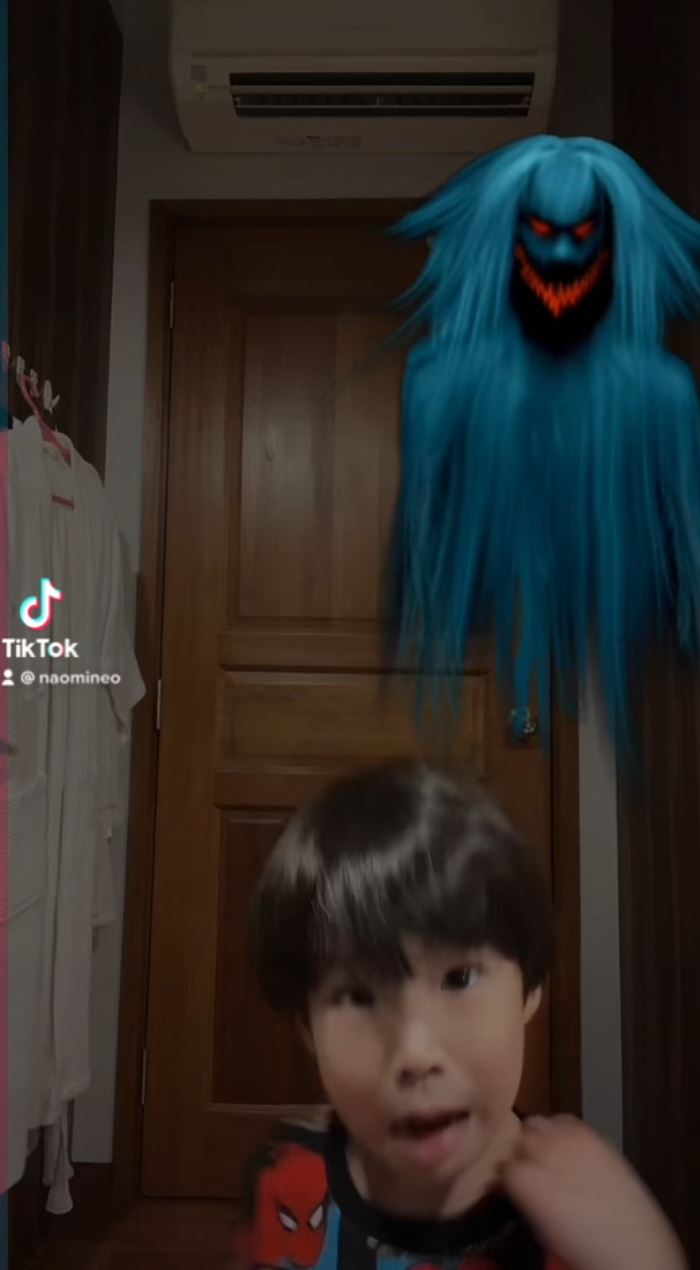 However, Ms Neo has come under scrutiny for doing such a thing to the boy, who was visibly terrified while the prank was being recorded.

Responding to the criticism, Ms Neo posted a follow-up clip thanking critics for the advice. At the same time, she also urged them not to tell parents what works best for their own children.

It has since gone viral with over 23 million views.

The clip, which is titled ‘GHOST PRANK ON MY SON’, shows Ms Neo and her husband quickly vacating a room, leaving their four-year-old son Kyzo inside as he continues to stare at the camera. 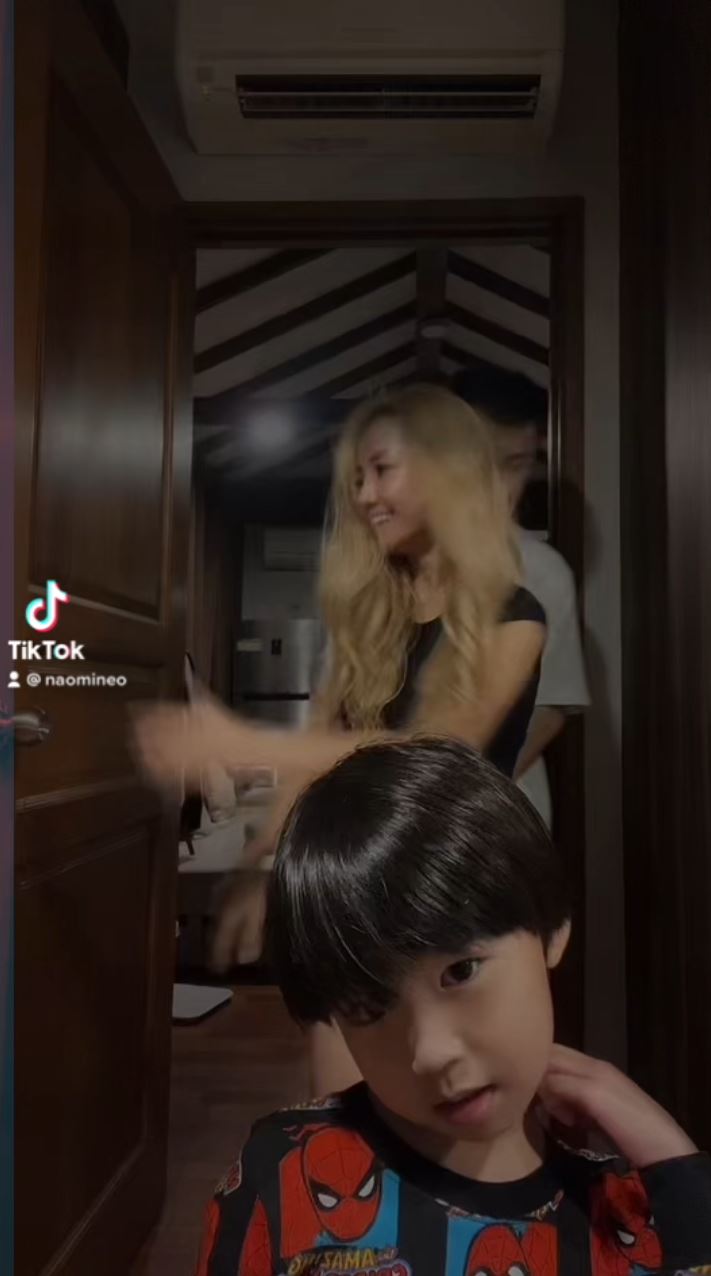 As soon as the couple closes the door, a scary phantom figure appears in the corner of the screen, along with high-pitched laughter. 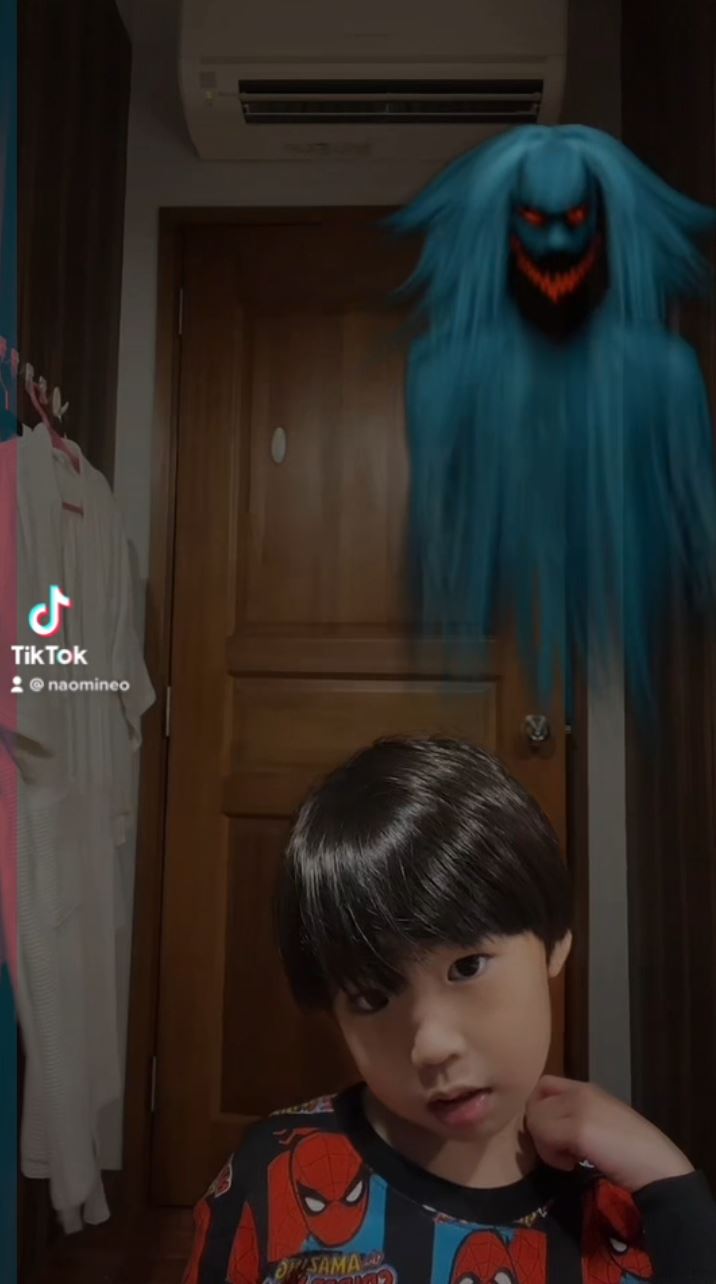 Upon seeing the monster, poor Kyzo, looking absolutely terrified, dashes toward the door in a bid to escape the room. 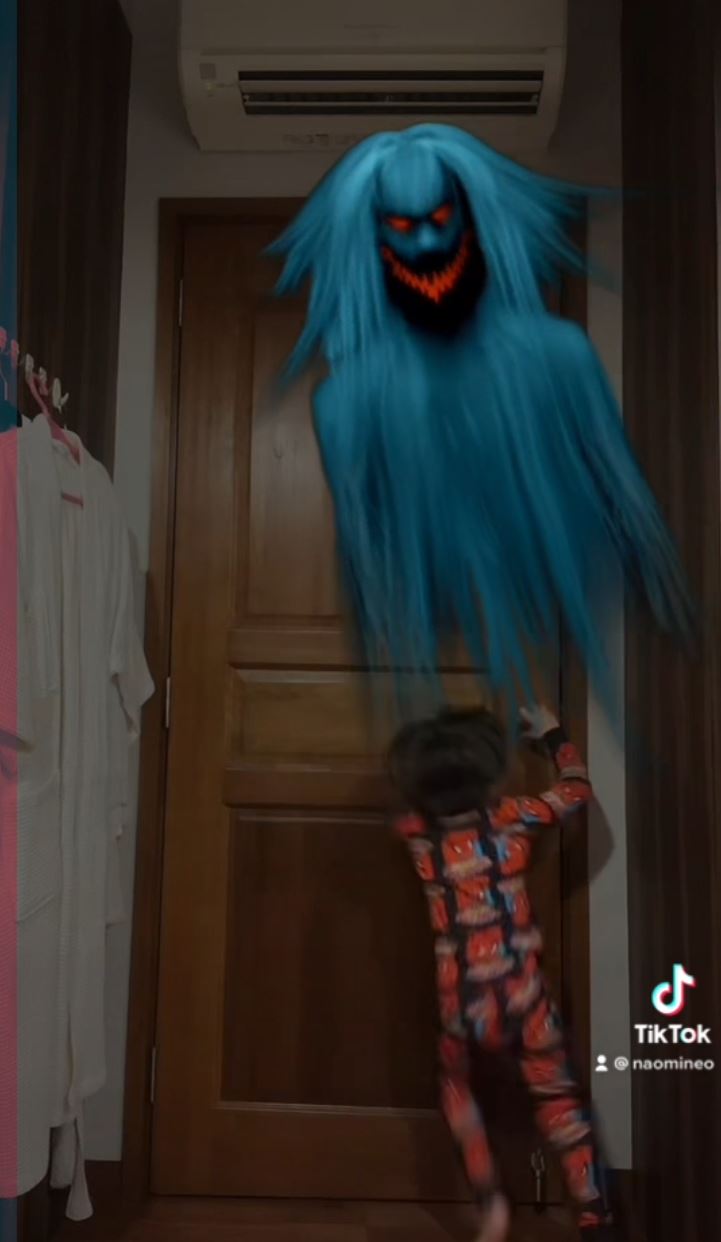 His expression turns into one of anguish and fear as he frantically tries to open the door.

Netizens point out incident could be traumatic

While Ms Neo wrote that she had already “apologised with tears” to her son in the caption, that didn’t stop netizens from voicing their concerns.

Many pointed out that such a prank could traumatise the child, especially since he’s so young.

She called it “unnecessary” and said that there was “something not right” about putting a child in such a situation.

At the same time, she acknowledged that it’s part of Ms Neo’s job as an influencer to be engaging and garner views.

There were also others who downplayed the potential trauma, pointing out that they are doing fine despite going through such pranks as a child.

On Monday (15 Aug), Ms Neo posted a video responding to the criticism.

Appreciate the advice, but let’s not tell a mom/dad what works best for their kids.

The familiar blue ghost makes an appearance too, but this time, Kyzo is actually smiling.

The clip also shows the boy approaching Ms Neo and telling her that he wants to do the video again, much to the surprise of his mother.

Other scenes show him laughing and seemingly having fun while looking at the phone screen.

As the video draws to a close, a male voice asks Kyzo if the ghost is real or fake. The boy answered confidently,

Responding to her critics, Ms Neo wrote in the caption, “Appreciate the advice, but let’s not tell a mom/dad what works best for their kids.”

Hope boy does not suffer any trauma

Even though most people responded to the video with concern, Ms Neo does have a point when she said that parents know what’s best for their own children.

As for whether it’s right or wrong to do such pranks for the sake of social media, each person will likely have their subjective view. Just don’t do anything that could cause serious injury or even death.

In any case, we hope little Kyzo does not suffer any trauma as a result of the prank.