Must Share News – Independent News For Singaporeans
Home Inspiration Neglected Dog Finds Foster Home In S’pore & Has His Own Bed... 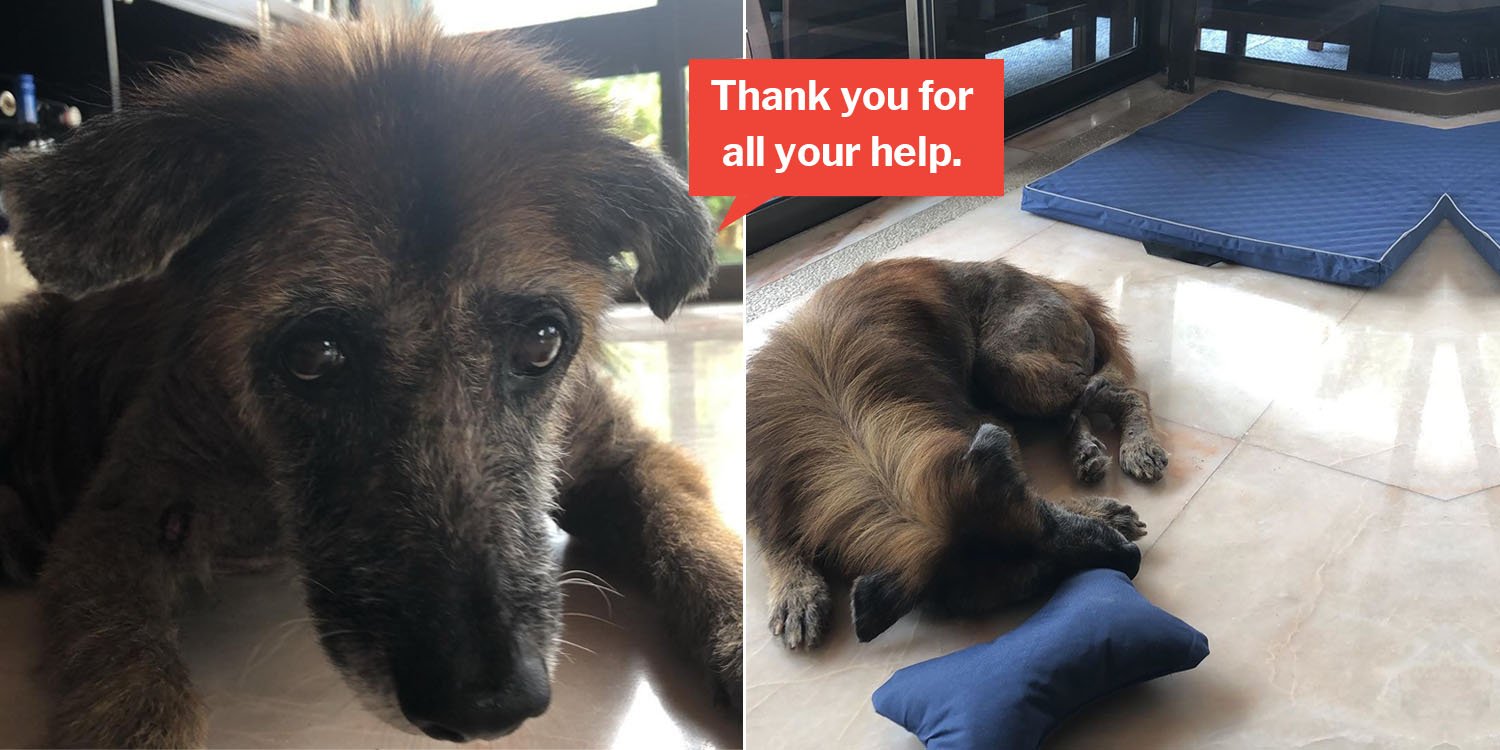 One of them, a mutt named Lorne, was rescued from an Opera Estate property, where he was allegedly chained in dreadful conditions for 15 years. 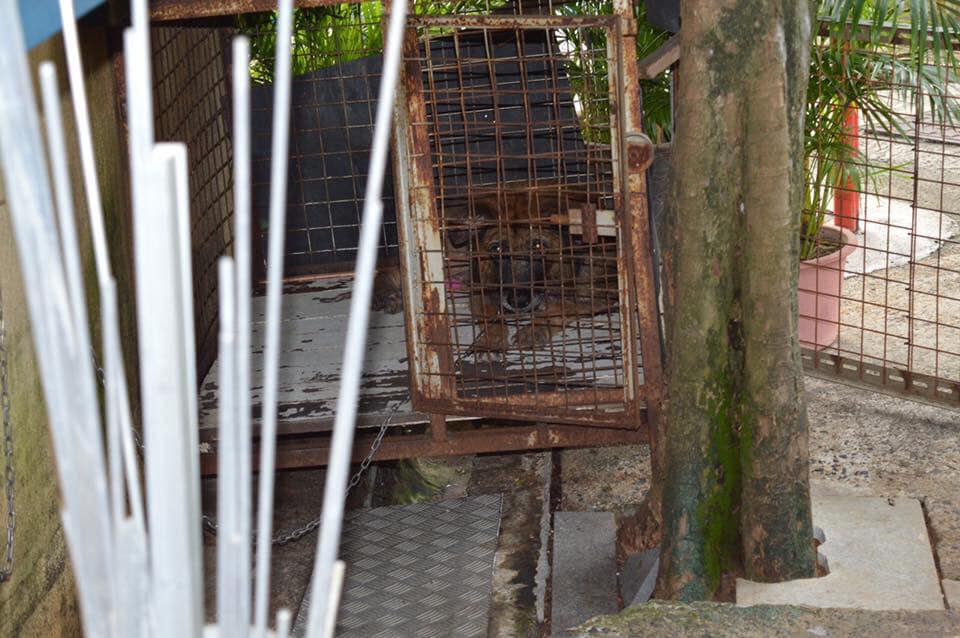 CDAS’ plea for help gained widespread attention, and now Lorne has finally found a foster home, as well as the finances for his recovery. 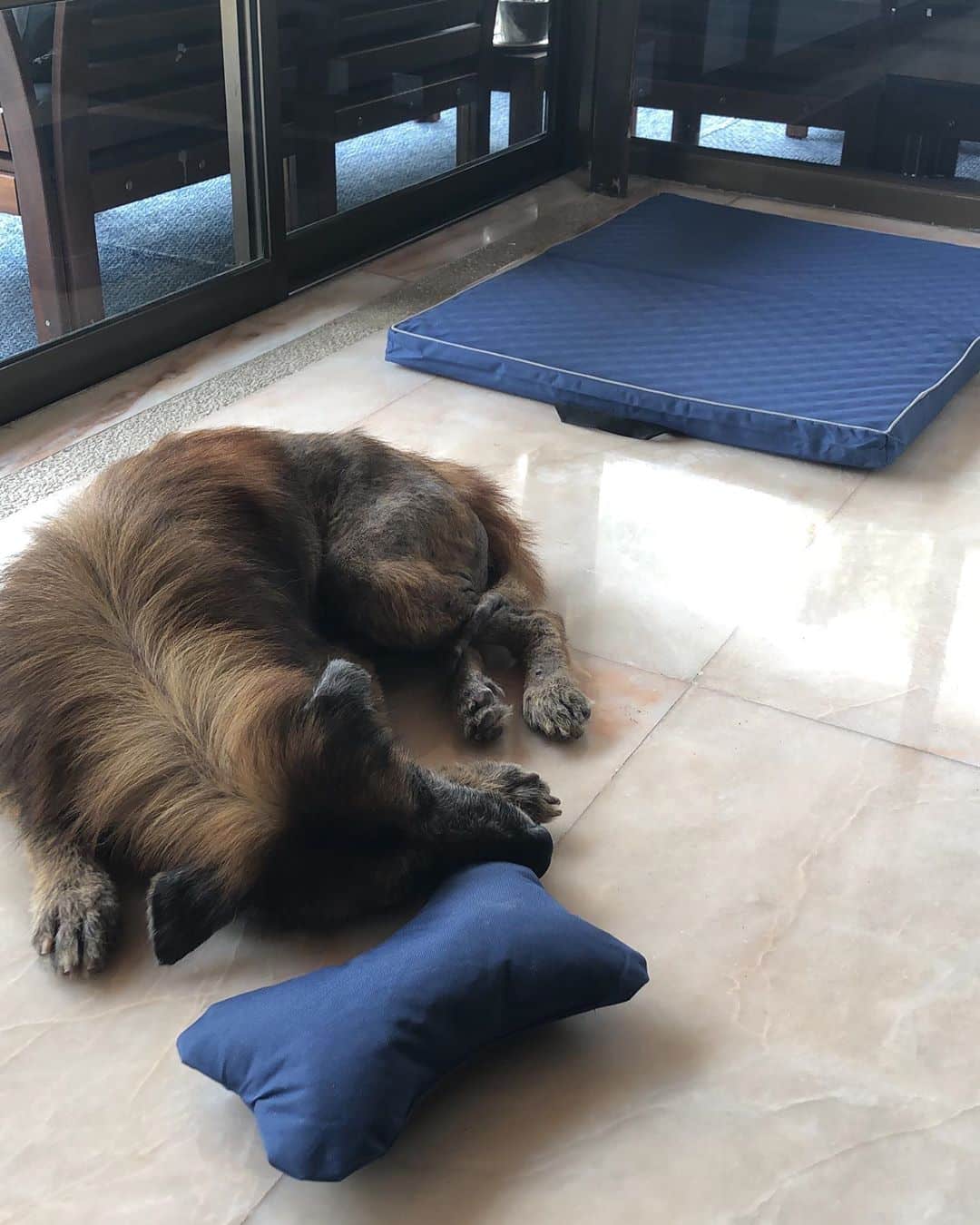 After 2 weeks of tirelessly seeking help, it’s certainly heartwarming to see the poor dog getting the love he deserves.

Was chained and severely malnourished

Before his rescue, Lorne had been living in the backyard of a shop house in the affluent Opera Estate neighbourhood.

For 15 years, he wandered around the backyard with no proper shelter, food, or clean drinking water. He suffered alone too, without a companion.

Lorne’s pitiful conditions were reflected in his appearance, as his “fur had fallen off the majority of his body surface, exposing scaly scarred skin”. 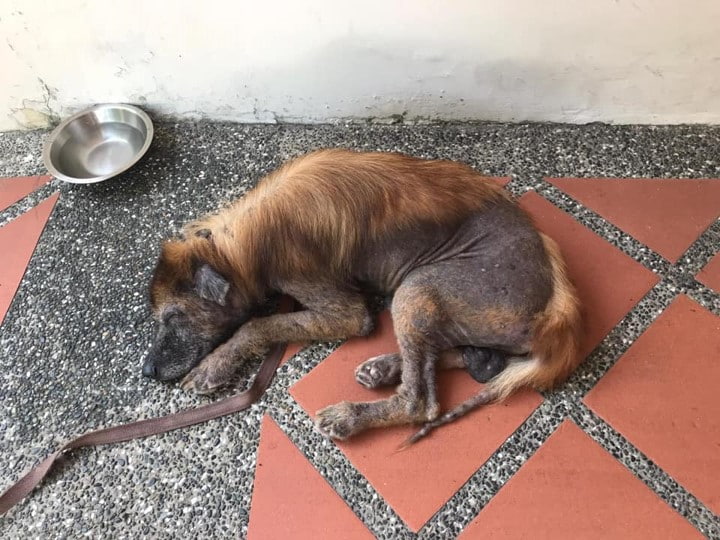 CDAS had first checked on him in 2016, but their attempts to help were thwarted by his then indignant owners.

They tried to gently persuade his owners to keep him in better conditions, but were threatened with a police report instead by the lady who claimed that:

My dog is not a pet dog. He is a guard dog. And if you people are so free, try helping the humans. Many humans deserve more help than the dogs.

CDAS backed down, but informed the Agri-Food and Veterinary Authority of Singapore (AVA), who managed to get them to at least unchain Lorne and leave his cage door open.

Found wandering alone in the streets

Late at night on 25 June, a woman found a weak, old dog roaming around Elite Park, roughly 1.3 km away from Lorne’s home. 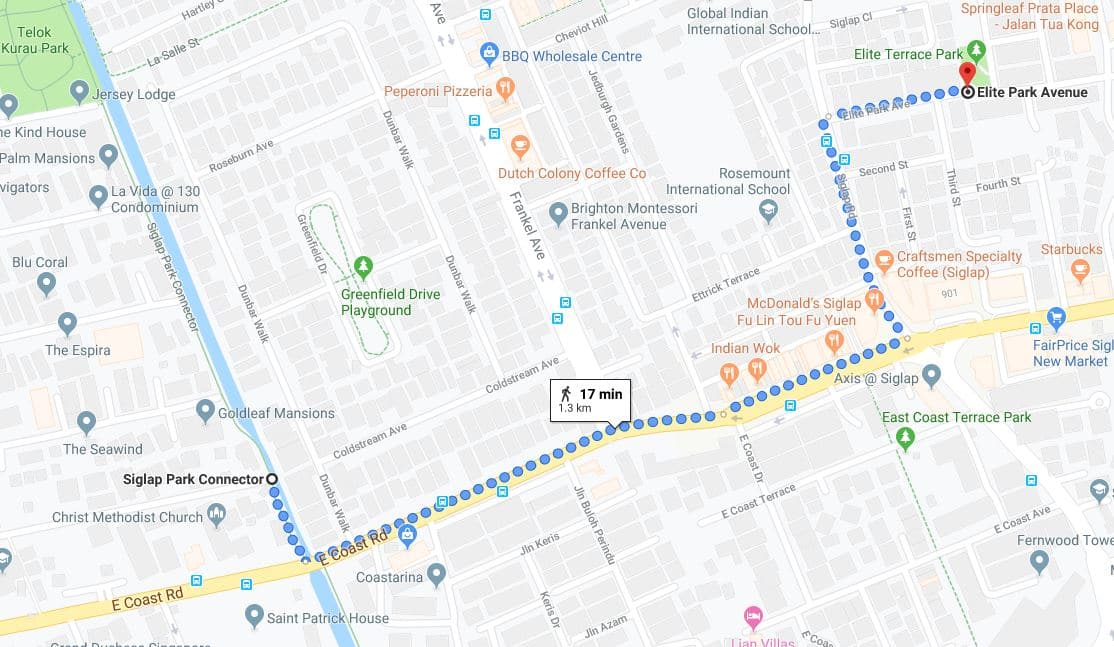 She took him home and posted about him on Facebook, hoping to find his owner. Recognising Lorne, CDAS reached out to her and managed to visit him.

They noted how his skin condition was still as bad as before, and that he had grown much weaker, hardly able to walk. 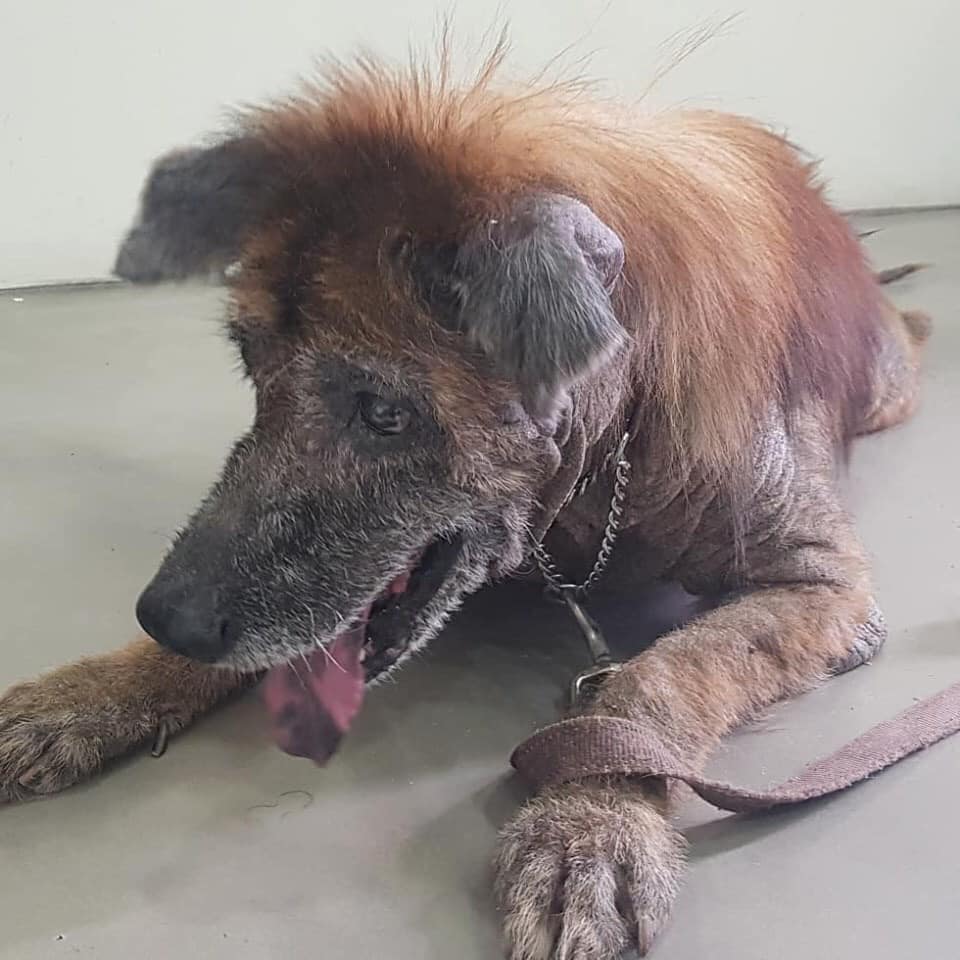 They arrived at the one logical conclusion — that Lorne’s owners had thrown the dog out to fend for himself.

Nursed back to health with kind donations

With generous donations from over 100 kind individuals, CDAS managed to raise S$21, 175 as of Saturday (13 July), all of which will go to Lorne’s medical treatments and general welfare.

His current medical conditions include:

Despite the seriousness of his conditions, Lorne is still displaying a strong will to live.

A team at Mutts and Mittens Community has been administering medication to help Lorne with his recovery.

Amidst all the rescue efforts, the best news is that Lorne has finally found a loving home with a caring owner.

He even has 2 other doggo friends to play with and keep him company. 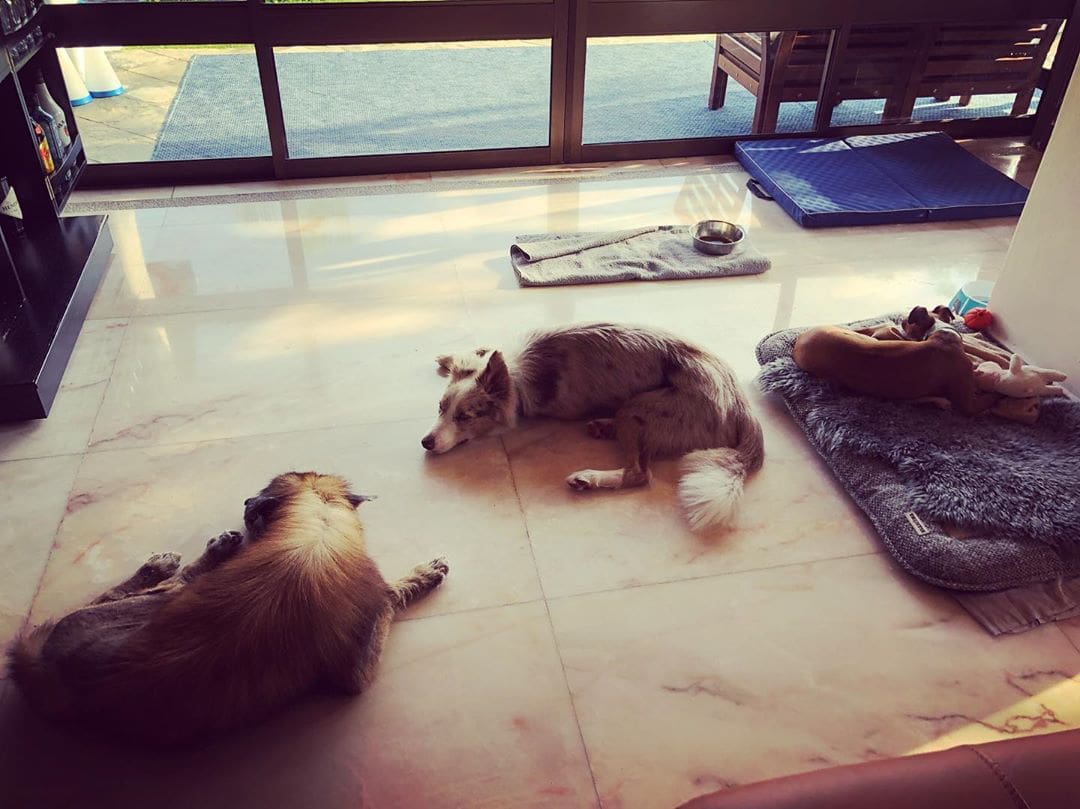 While he still struggles to adjust to his new life, it’s moving to see that Lorne has a second chance at happiness with people who truly care for him.

We hope that Lorne will eventually settle down and find a home he can spend the rest of his life comfortably in.

We’re sincerely thankful for organisations like CDAS and the wonderful souls who help to protect the lives of such vulnerable creatures.