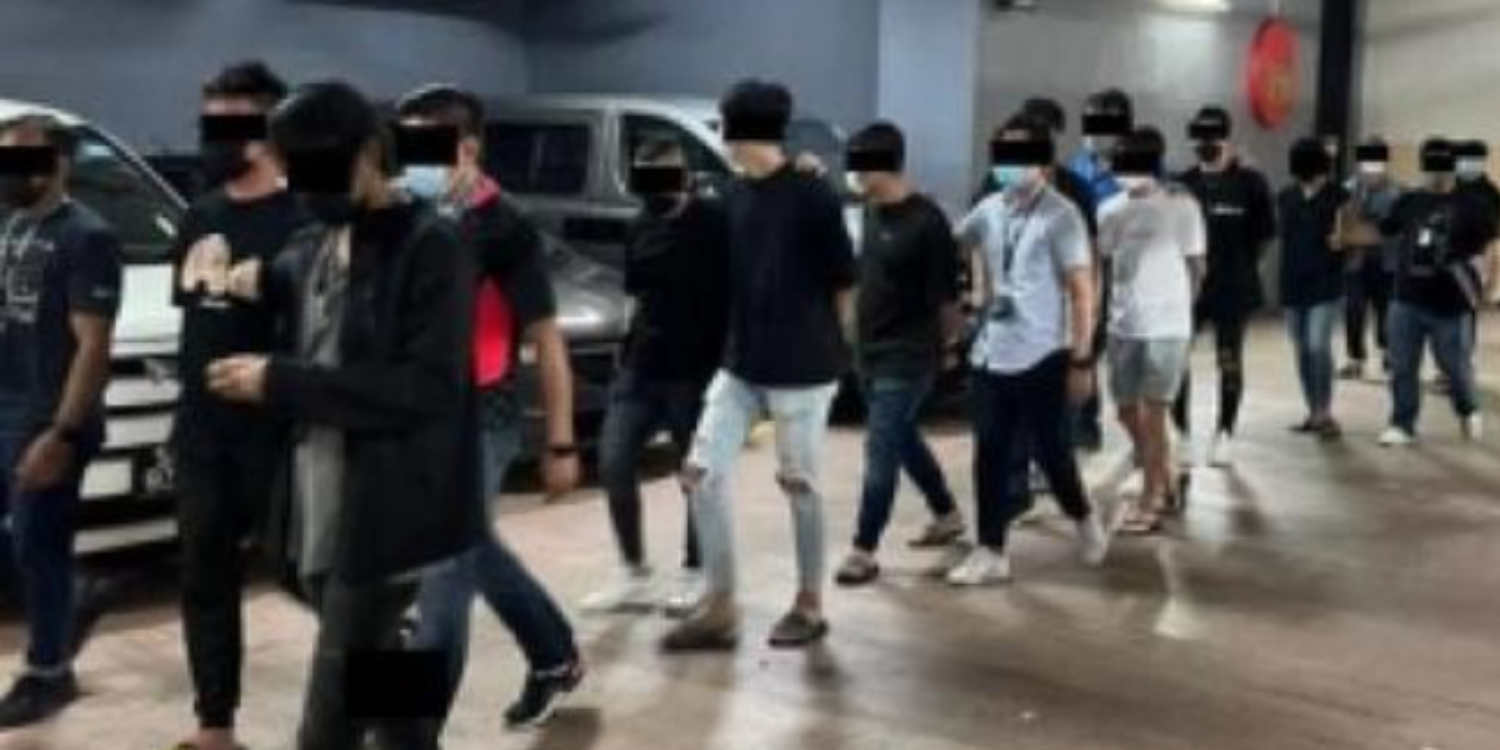 Do not be complacent, especially with the current wave of cases.

Once in a while, it can be fun to visit a nightlife establishment now that Covid-19 restrictions have been eased.

But some nightlife operators have seemingly taken the opportunity to breach various regulations in light of the relaxed measures.

On Monday (27 Jun), the Singapore Police Force (SPF) issued a statement saying 103 people had been arrested after islandwide checks on 1,543 nightlife and entertainment outlets.

These outlets had committed various offences such as being members of unlawful societies, possessing weapons, and working without valid work permits.

SPF said the checks were carried out from 19 Apr to 14 Jun to ensure the safe resumption of nightlife businesses in Singapore.

In total, 103 people were arrested after operations at 1,543 entertainment and nightlife venues across the island. The offenders had committed various offences, such as:

Channel NewsAsia (CNA) reported that of the 32 women arrested, 27 had worked as freelance hostesses at nightlife establishments. They had allegedly kept company and drank with patrons without a valid work permit, and so were arrested under the Employment of Foreign Manpower Act.

SPF confirmed the women were of Thai, Vietnamese, and Chinese nationalities.

In addition, 48 nightlife and entertainment outlets — both licensed and unlicensed — were also found to have committed various offences.

Of these, seven establishments had flouted Covid-19-related regulations, such as:

In total, four closure orders and six composition fines were issued to operators that had breached SMMs, reported CNA.

Last Monday (20 Apr), a mall located in a mall along Outram Road was raided. There, seven male customers aged 22 to 28 were found to be involved in private parties.

Just four days later, the same outlet was also found to have allowed a group of 11 unmasked patrons to gather on its premises, said CNA.

The prevailing group size limit for unmasked patrons is 10 people. As the operator had not adhered to this, it was fined S$1,000 and issued a 10-day closure order from 1 May to 10 May.

Another check was conducted in a shophouse along Jalan Besar on 14 May.

At the premises, patrons were reportedly allowed to sing in the private rooms of an outlet, which had karaoke facilities such as karaoke systems, speakers, microphones, and televisions.

However, it did not possess a valid entertainment license, said SPF. The operator is now under investigation.

The offence of offering public entertainment without a valid licence carries a fine of up to S$20,000.

For not complying with safe distancing measures, individuals and operators may be jailed for up to six months, fined up to S$10,000, or both.

Comply with rules & do not be complacent

We applaud the authorities for nabbing the offenders who flouted the rules.

Such breaches are especially concerning, given the recent surge in Covid-19 cases.

Though Singapore is now in a better position to combat similar outbreaks, that’s no reason for us to be complacent.

Hopefully, this will serve as a reminder that the authorities are on the lookout for offenders, and that the public will continue abiding by Covid-19 regulations, especially during this uncertain period.