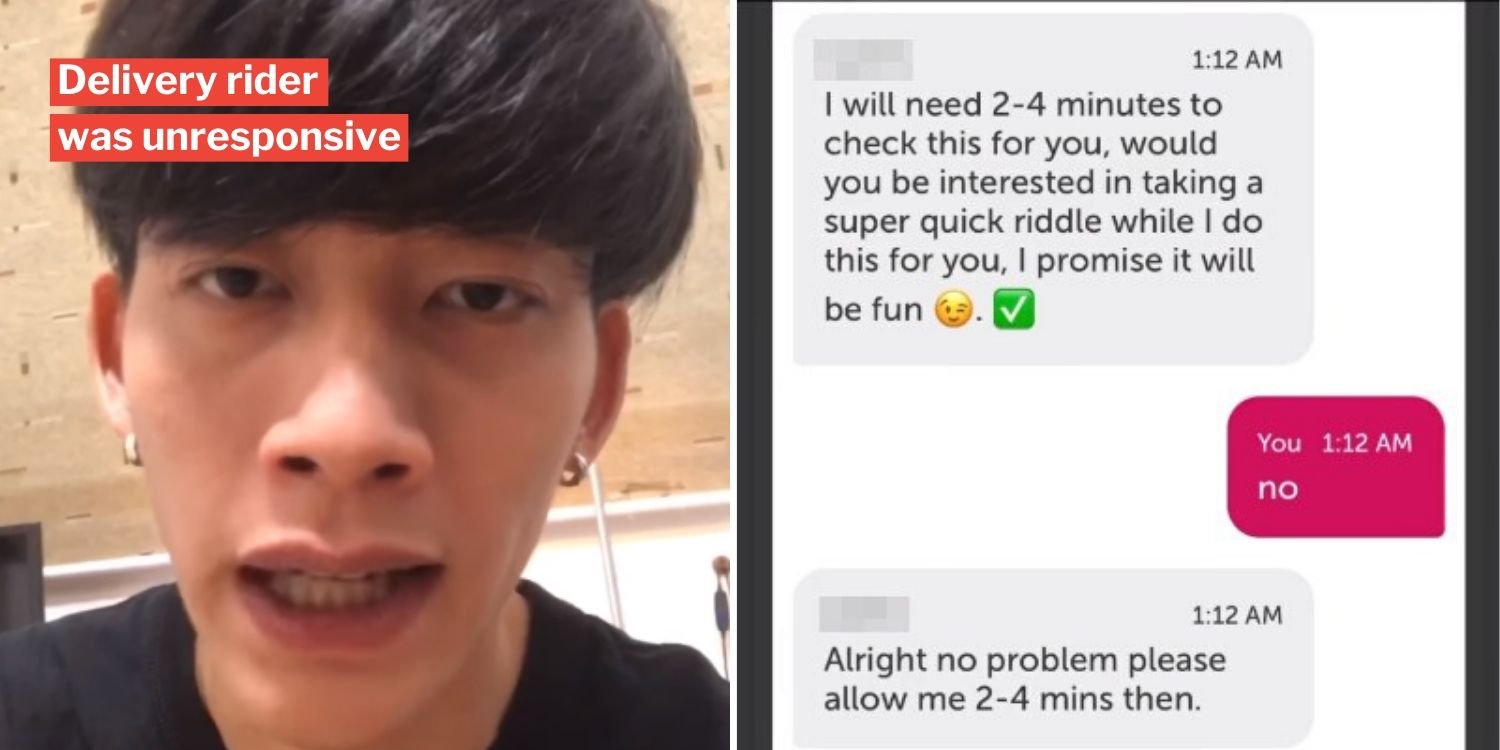 UPDATE (29 May, 1.30pm): A Foodpanda spokesperson told MS News that they have investigated the incident and amicably resolved the issue with Noah. Read their full statement below.

With the high influx of delivery orders this ‘Circuit Breaker’, complications are inevitable.

Delivery company Foodpanda seems to have come up with an innovative way to keep customers entertained while they await a response from customer service.

Foodpanda Helpline Asks Customer To Solve Riddle While Waiting, He Counters With His Own

Singaporean actor Noah Yap encountered a similar situation while seeking a refund for an undelivered order. Not once, but twice.

He shares the story of his unfulfilled supper delivery in this Facebook video on Thursday (28 May).

After twists and turns, he eventually got his refund from the company and thanked them for their professionalism in handling the issue.

At around 12.30am yesterday (28 May), the actor ordered food via the delivery app.

After around 45 minutes, the app indicated the rider was “less than 5 minutes away”. Despite waiting and waiting, his delivery did not seem to be arriving any time soon. 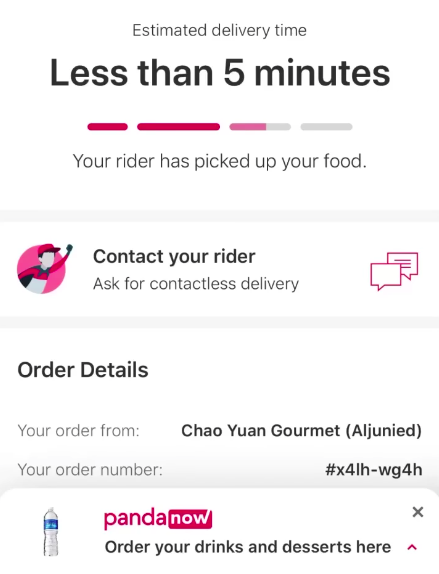 The delivery rider assured that the was “on his way”, but the doorbell never rang.

After admitting that he could not find his customer’s address, the rider marked the order as delivered.

This left the actor no choice but to contact Foodpanda’s customer service for a refund.

Foodpanda gave him riddles to solve

His initial attempt to use the chat function did not go smoothly at all.

In the midst of seeking a refund, he encountered a yogurt pun as well as a riddle to solve in the meantime. He was not impressed. 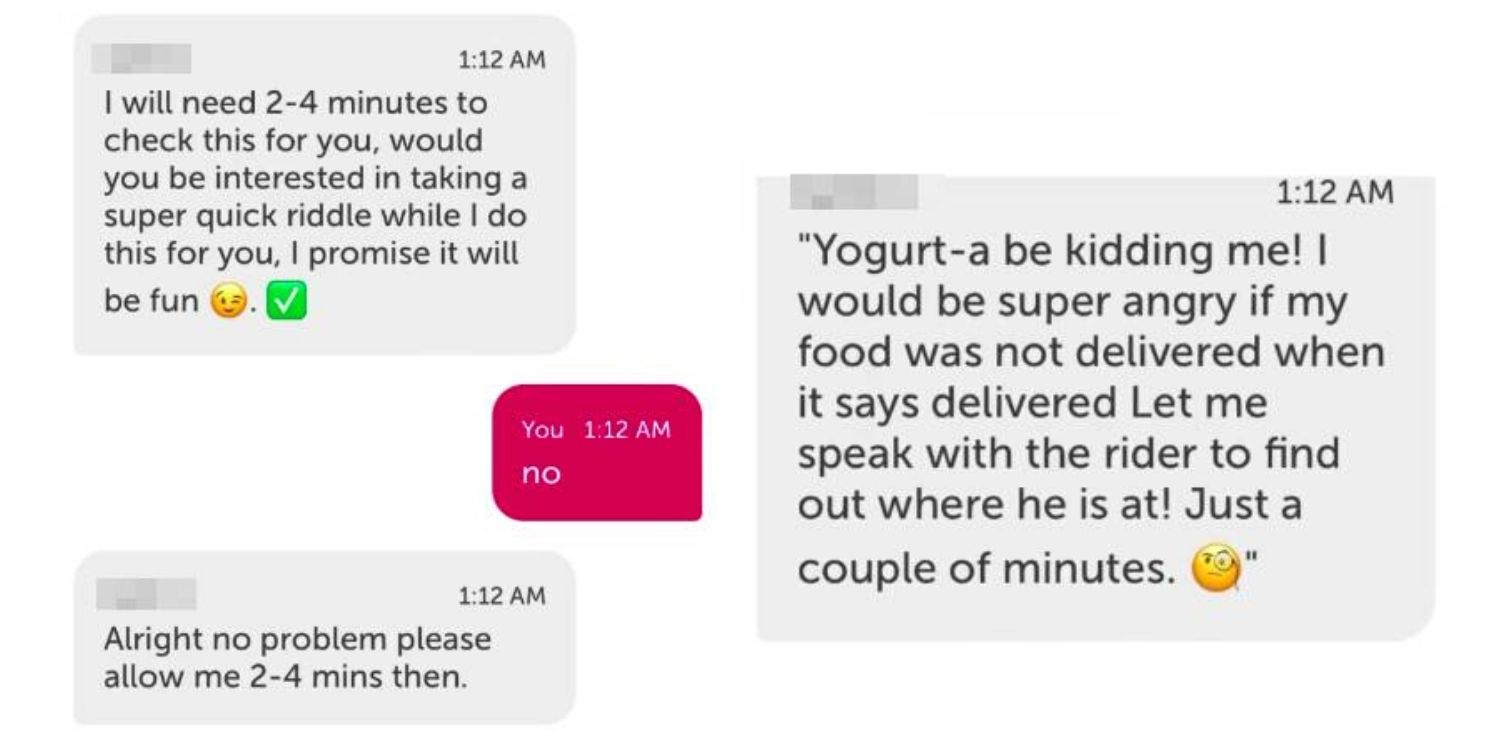 The actor was told to wait “2-4 minutes” for a response. However, the chat disconnected after 5 minutes, leading to 2 more subsequent attempts. Again, he went out to his doorstep to locate his ‘delivered’ food but it was nowhere in sight.

He ended up eating maggi mee that night.

Noah Yap eventually got his refund

Luckily, Foodpanda quickly caught on to his post and reached out to the hungry actor.

Apart from granting him a full refund, they also gifted him with a complimentary voucher for his next order. 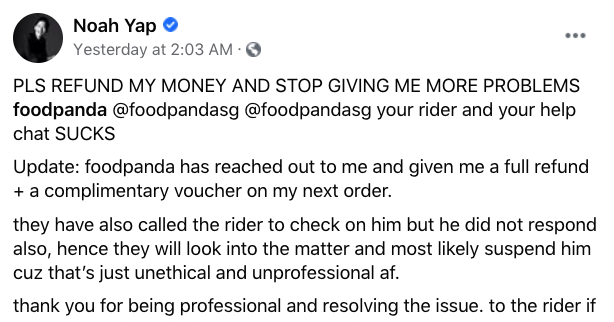 In Noah Yap’s Facebook update, he states that the company is currently investigating the incident.

A Foodpanda spokesperson told MS News that they have resolved the issue with Noah and expressed their sincere apology for the frustrating and unhappy incident he experienced.

Lastly, they assure that steps are being taken to improve service, on “both customer service and rider fronts”.

Actor thanks Foodpanda for solving the problem

In the end, the actor did thank Foodpanda “for being professional and resolving the issue”.

Well, he did provide some valuable insights on how the app can be improved, in his own unique and hilarious way.