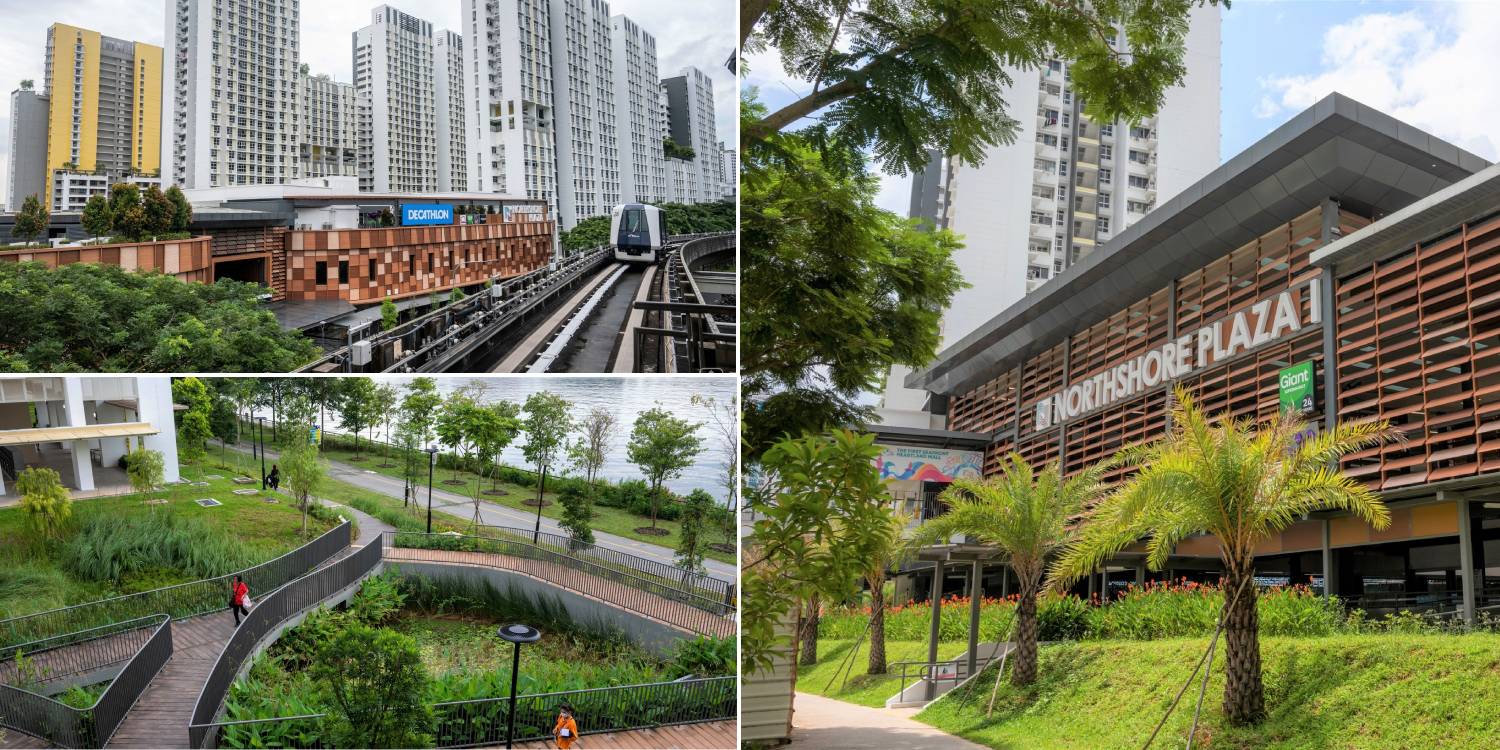 Punggol is a new but rapidly growing estate, with more and more people looking to put their roots down in the northeast. Waterway Point is probably what most residents have in terms of amenities, but it isn’t exactly a five-minute walk for those who stay in the Northshore District.

But now, residents have Northshore Plaza, which is right next to the sea and offers 52 shops, including Decathlon, Haidilao, and McDonald’s. 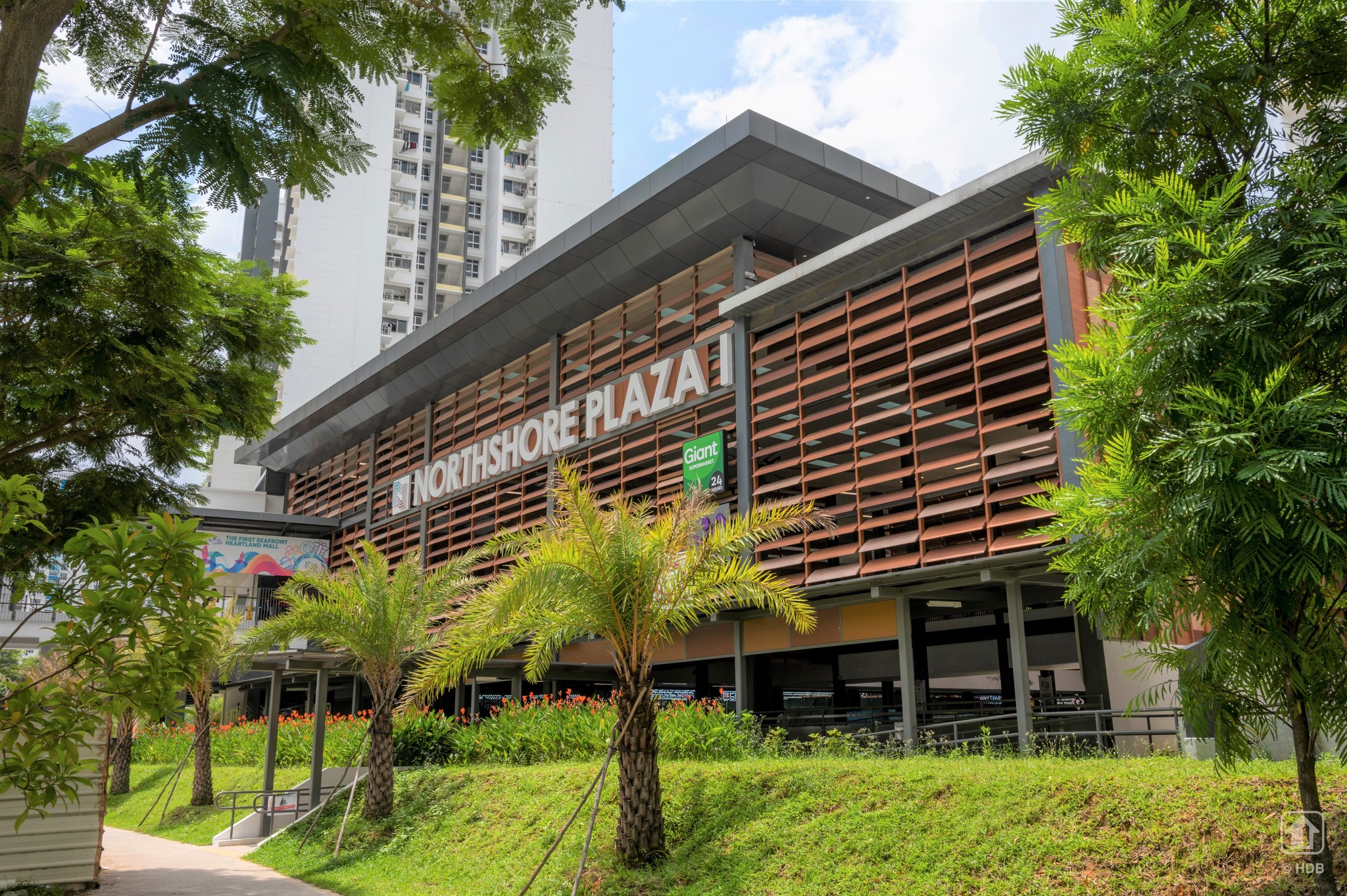 Billed as Singapore’s first seafront mall, you can now enjoy a new sea-cret date or picnic spot with a sea view at Northshore Plaza. 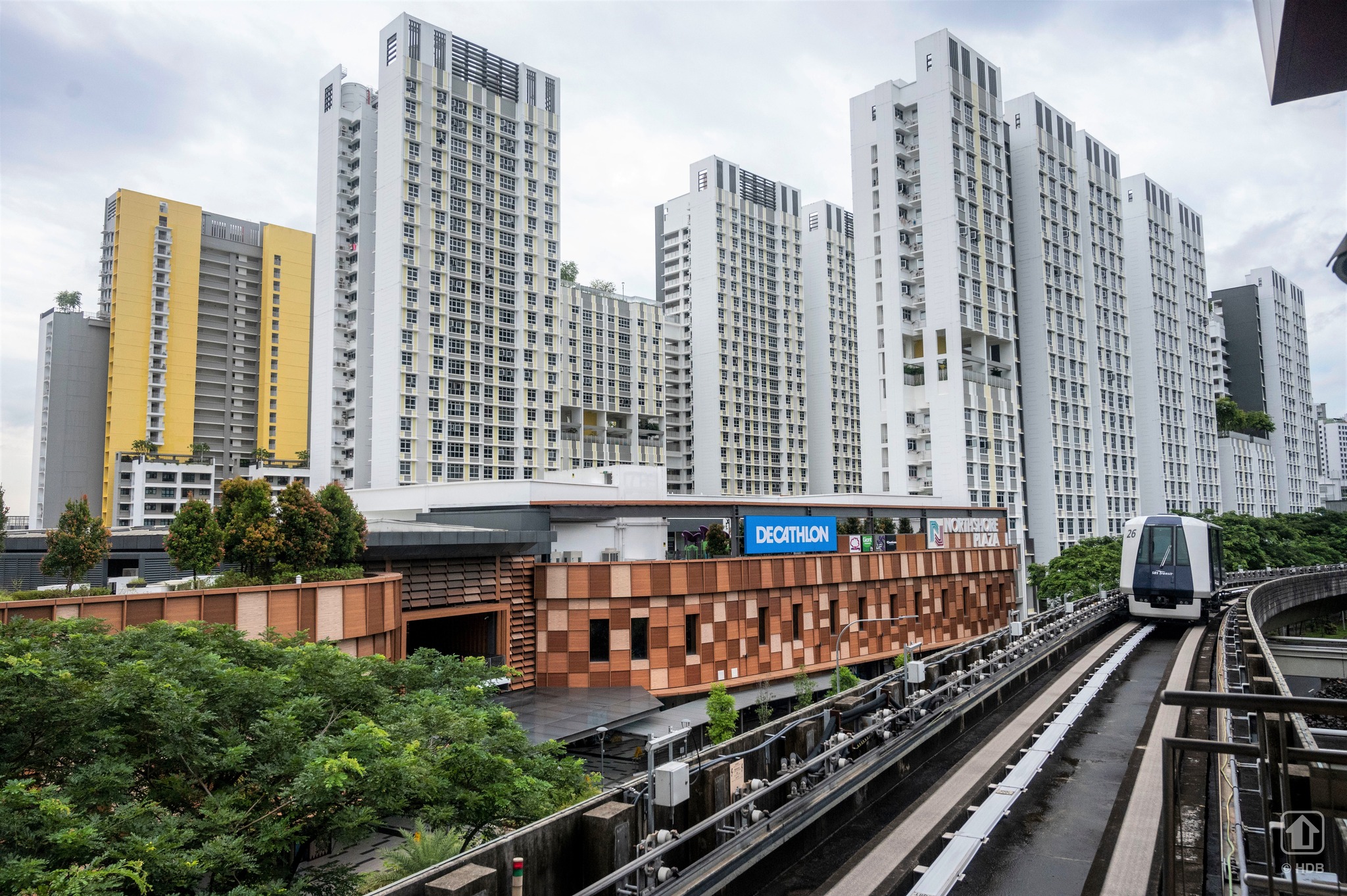 You won’t be starved for food options as there’s A&W, a food court, Haidilao and McDonald’s.

Night owls will also benefit from the plaza’s 24-hour supermarket and Decathlon outlet.

Eco-friendly features, such as louvres on the building’s facade, skylights, and solar panels, are in place to optimise wind flow and natural lighting. 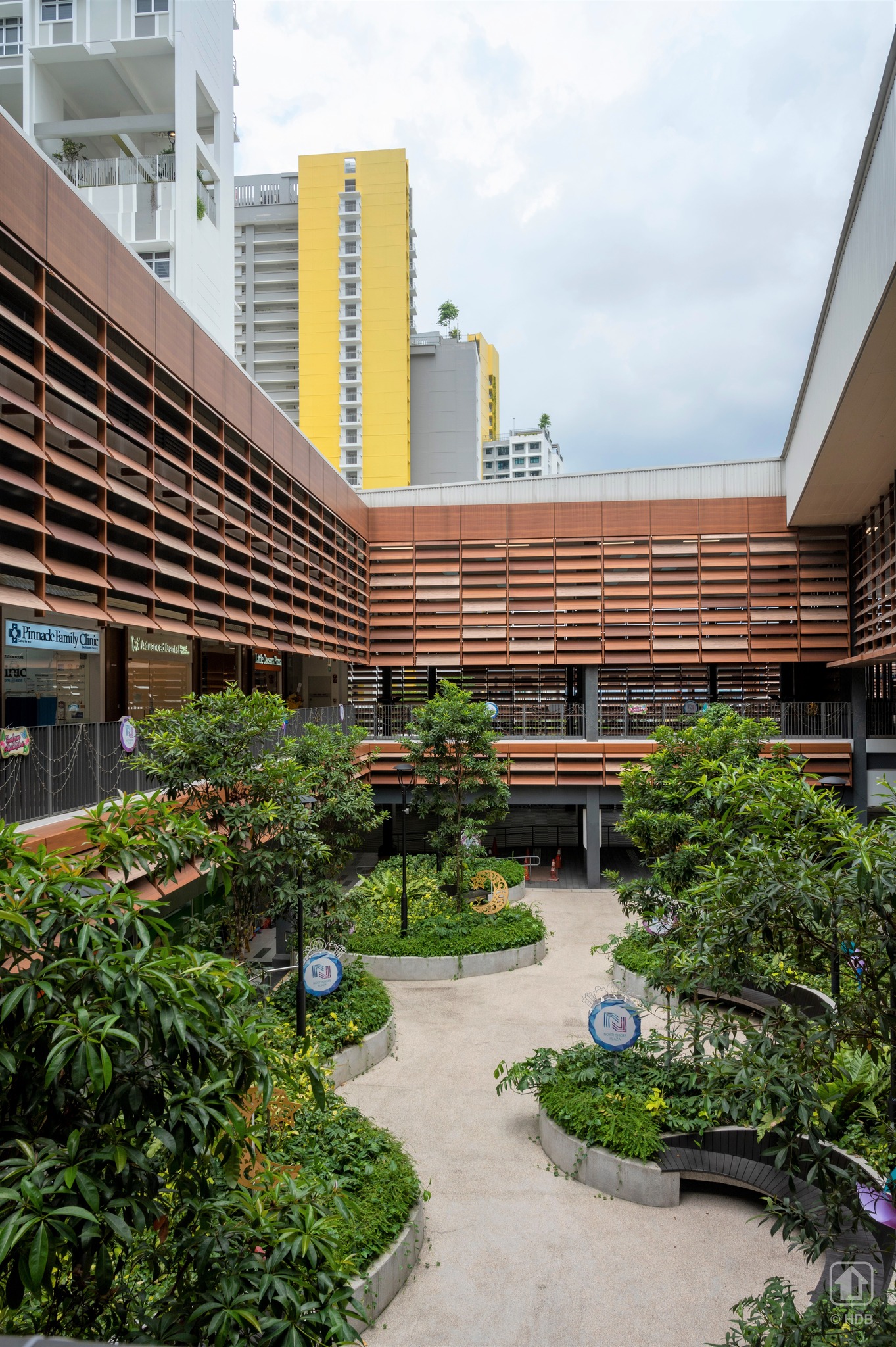 Other features to reduce energy usage include the smart fan that automatically changes its speed according to temperature and wind flow. 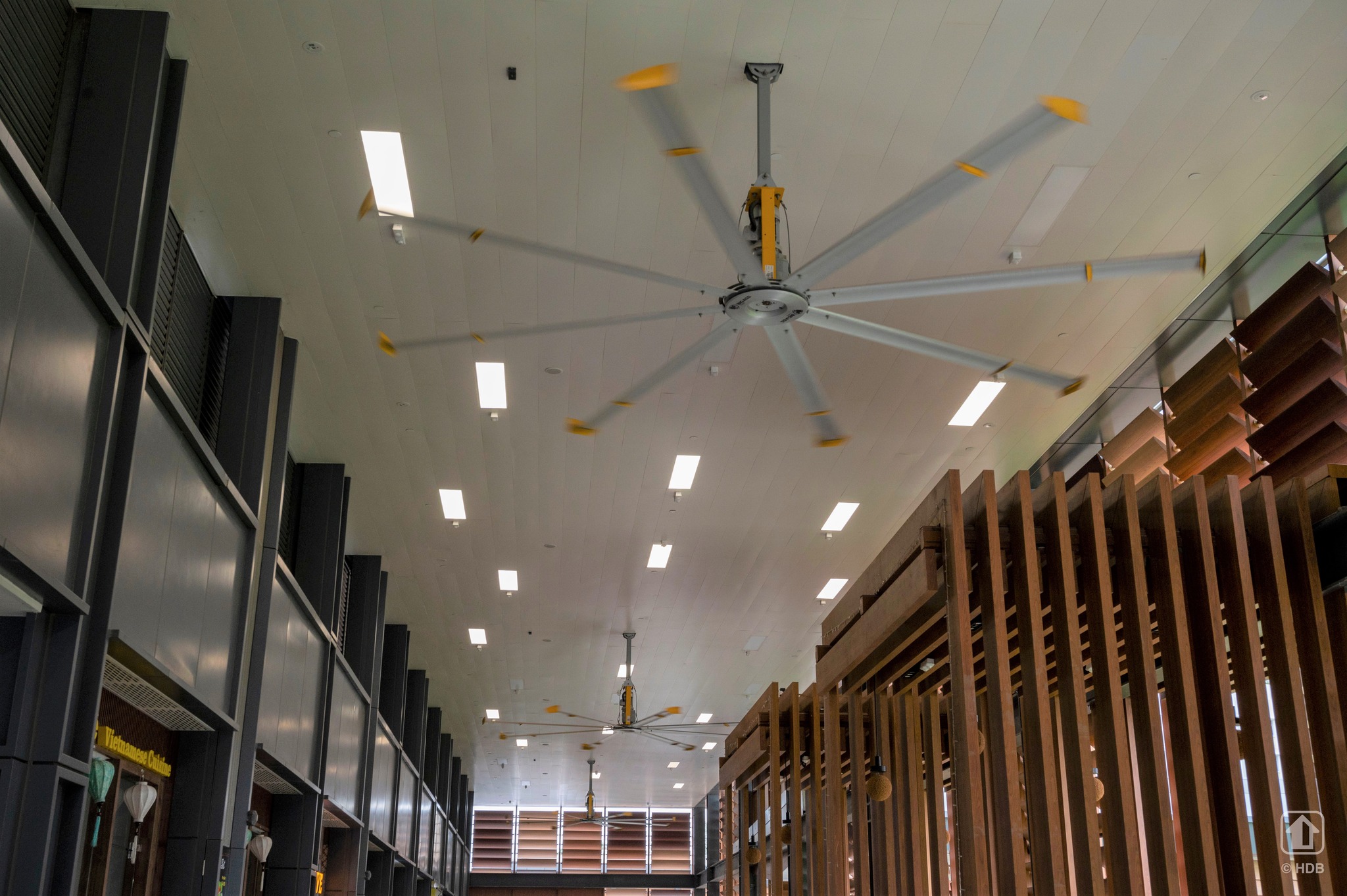 Escalators are also equipped with smart sensors that alert maintenance if there are issues, allowing them to resolve problems quicker.

More smart features include a barrier-free smart parking system and an autonomous mobile robot for goods deliveries, which is currently being trialled by some shops like Hockhua Tonic, The Straits Times (ST) reports.

Sea views next to greenery

Of course, Northshore Plaza being next to the sea, has a big perk of offering sea views. The location makes it perfect for walks by the sea after a hearty meal or just sea gazing. It might also become a popular pitstop for recreational cyclists travelling towards Seletar. 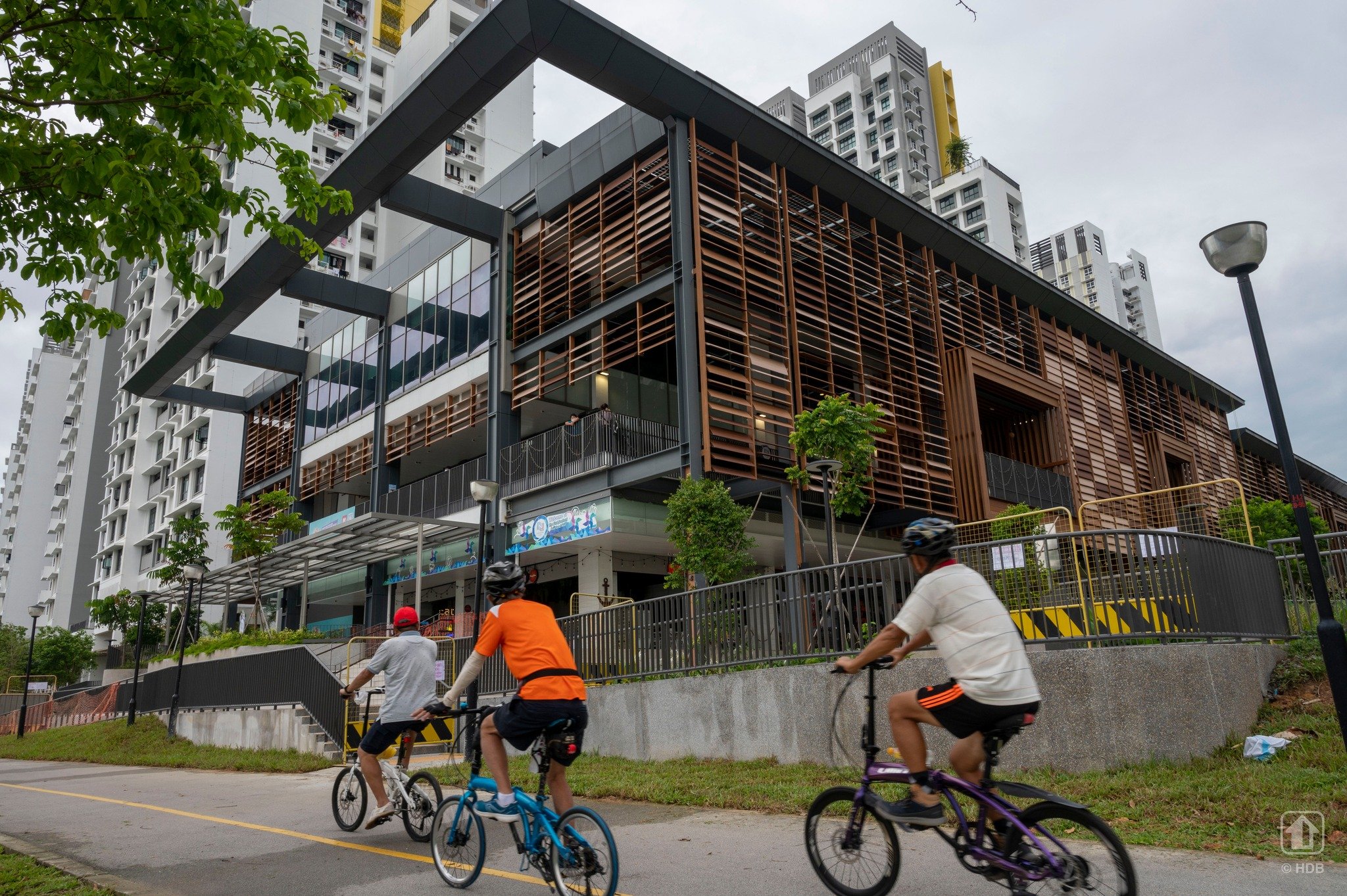 There’s a free shuttle bus service if you want to travel to Northshore Plaza. 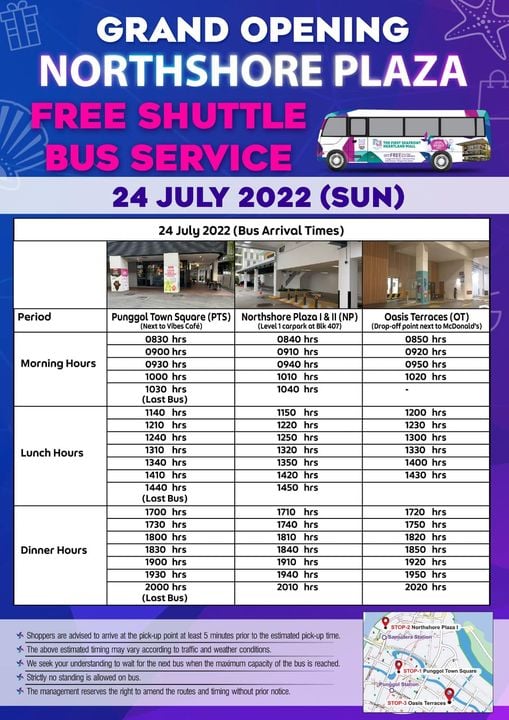 While Northshore Plaza is not the most centrally-located mall, residents around the area will surely benefit from the amenities as more people move to Punggol.

There’s also less of a need to travel to town just for shops like Decathlon and Haidilao, which is a boon.

And if you’re still under the belief that Punggol has “nothing”, well, why not check Northshore Point out to see if that’s true?