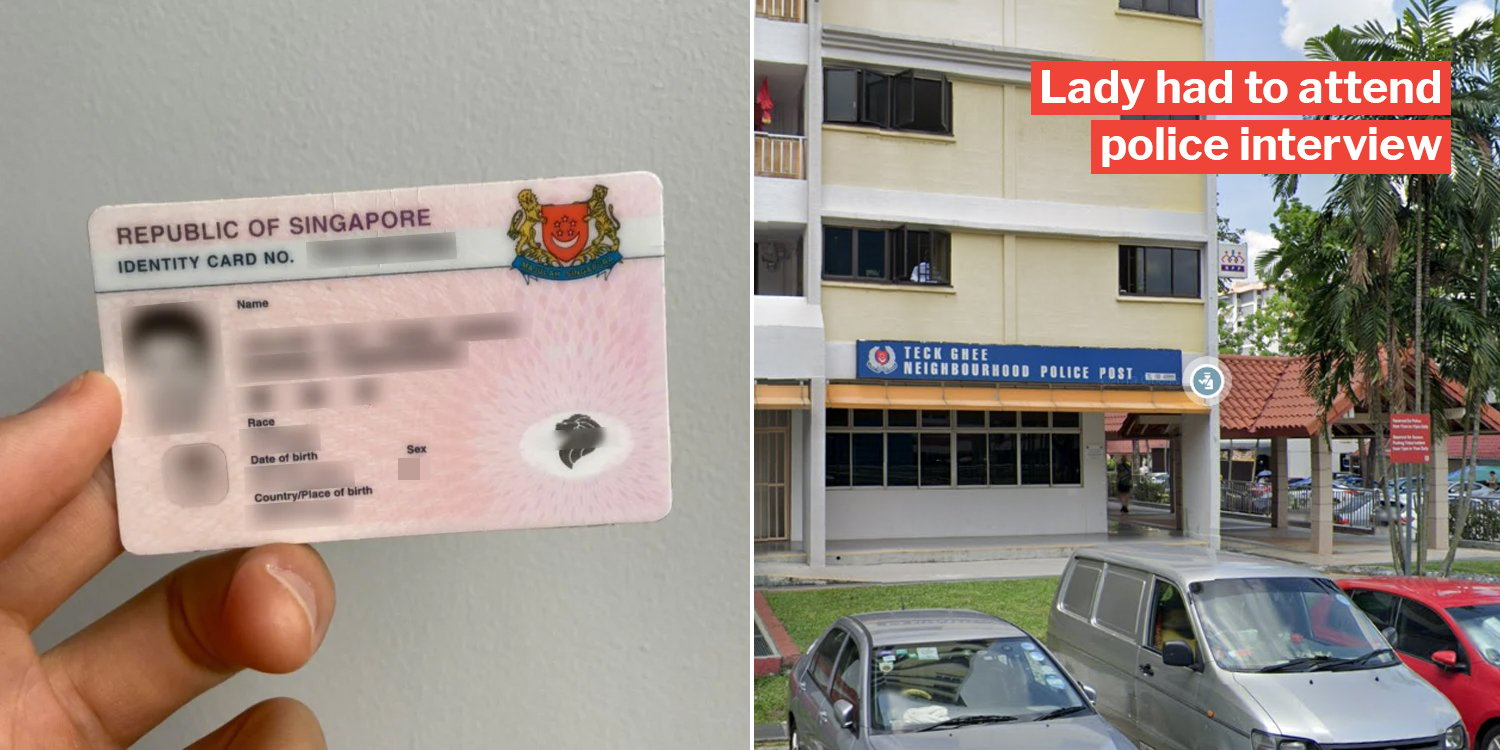 Our NRIC number can be used to make unauthorised purchases and subscriptions. Hence, members of the public are advised to only share them with parties they trust.

A Singaporean lady recently found herself summoned by the police after her NRIC number was allegedly used to register for mobile lines and purchase phones. 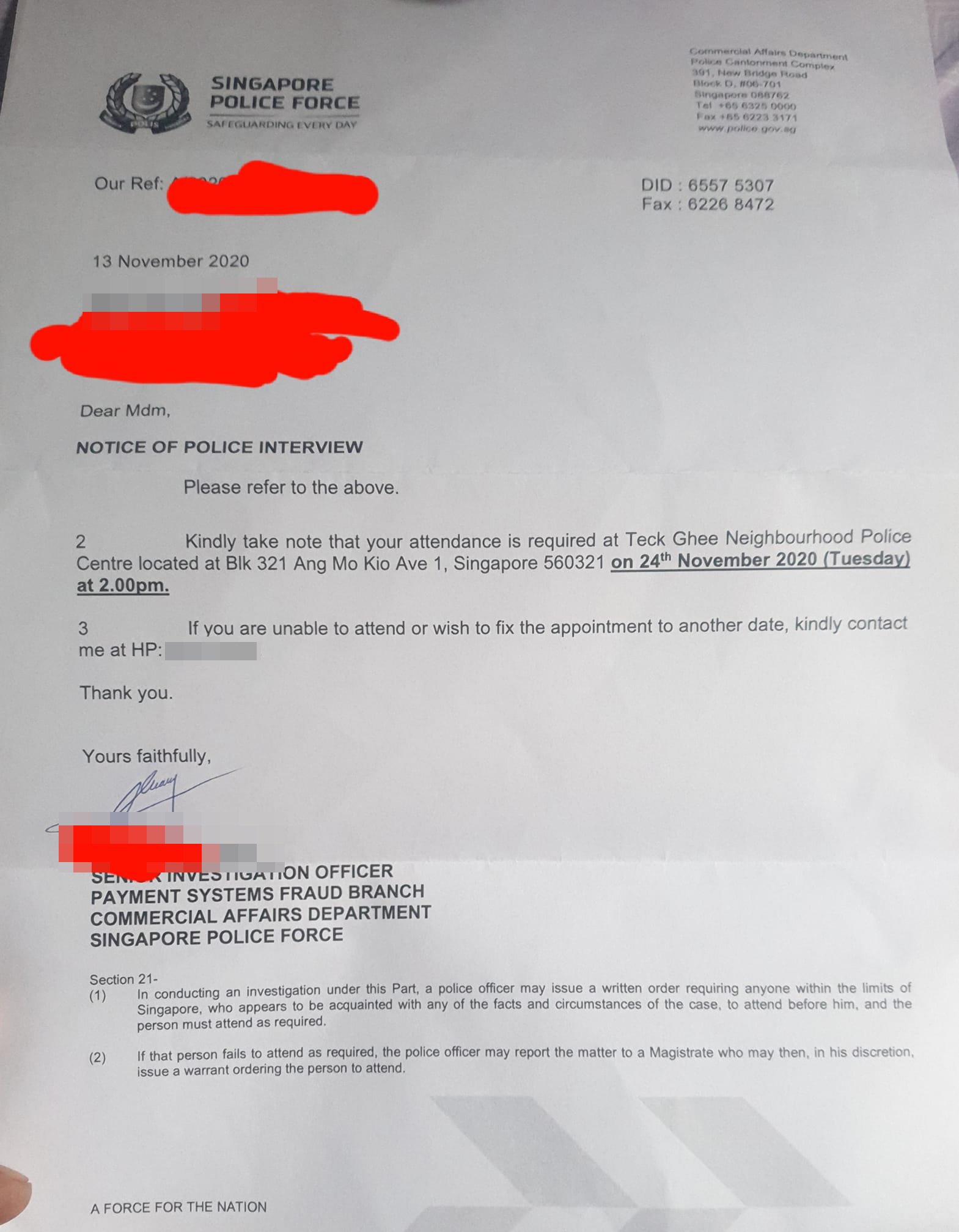 On Wednesday (25 Nov), her son took to Facebook to share the events that transpired and advised members of the public to be careful when sharing their personal details. 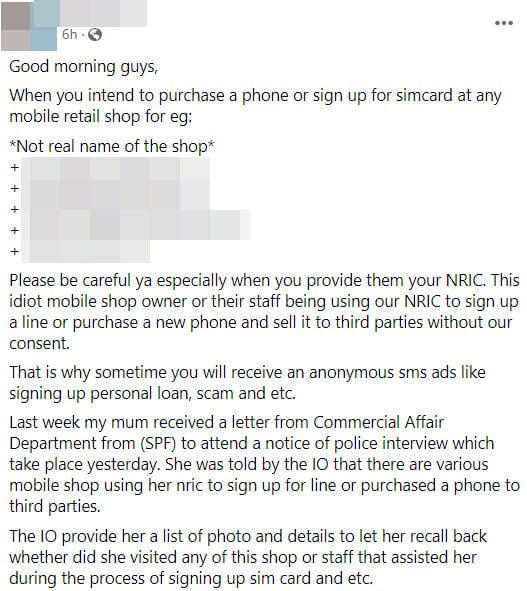 According to the post, the OP’s mother received a letter summoning her for an interview at Teck Ghee Neighbourhood Police Centre on Tuesday (24 Nov).

Turns out, the lady’s NRIC number had allegedly been used to sign up for mobile lines and purchase phones.

During the interview, a police officer provided a list of shops to jog her memory and asked if she had patronised any of them to sign up for a SIM card.

In the post, her son claims that the NRIC details must’ve been shared among several shop owners.

He added that there were also 10 other individuals at the station waiting to be interviewed over the same case.

Ending his post, the OP advises netizens to patronise authorised shop dealers like StarHub, M1, and Singtel instead.

NRIC number should only be shown if absolutely necessary

Indeed, confidential details like our NRIC numbers ought to be kept secret and should only be shared if absolutely necessary.

In fact, the government has disallowed companies in Singapore to ask for NRIC numbers unless mandatory by law, or if necessary to prove one’s identity.

Some instance where one’s NRIC number is required include: 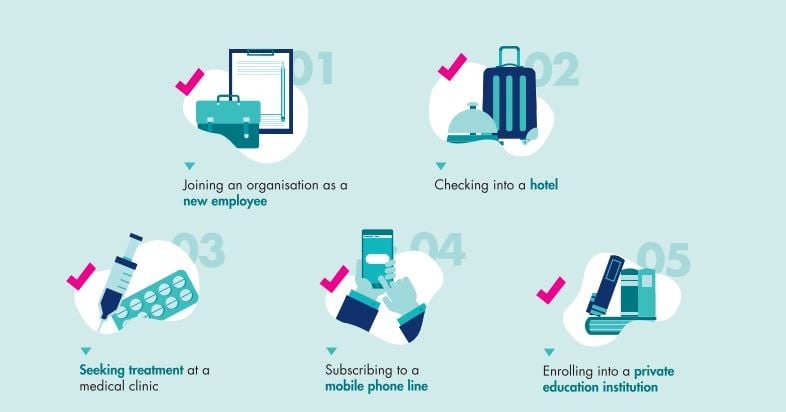 And here are some that don’t: 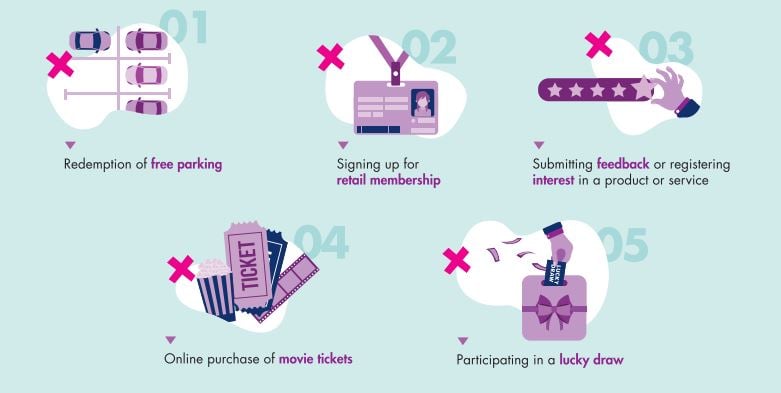 Be careful when providing others with NRIC number

We hope the police gets to the bottom of the unauthorised usage of NRIC numbers soon.

Our NRIC number is unique to each of us and is irreplaceable. So the next time you’re asked to furnish your NRIC, it’s perhaps wise to ask whether it’s necessary and if you can trust the other party with private information.