While Deferment Debate For Male Athletes Rages On, Women Get To “Experience” NS For 2D1N

Talk about an action-packed 2 days.

Between 1 and 2 September, women in Singapore will have a once-in-a-lifetime chance to experience National Service (NS) at Maju Camp.

From handling a SAR 21 to tasting combat rations, participants will be able to do it all.

Organisers even promise them a chance to go on a route march, although we’re pretty sure they won’t be trekking the usual 24km from Pasir Ris to the Floating Platform.

You will also get to experience day-to-day routines of our national servicemen, including eating meals in the cookhouse and staying overnight in military bunks! 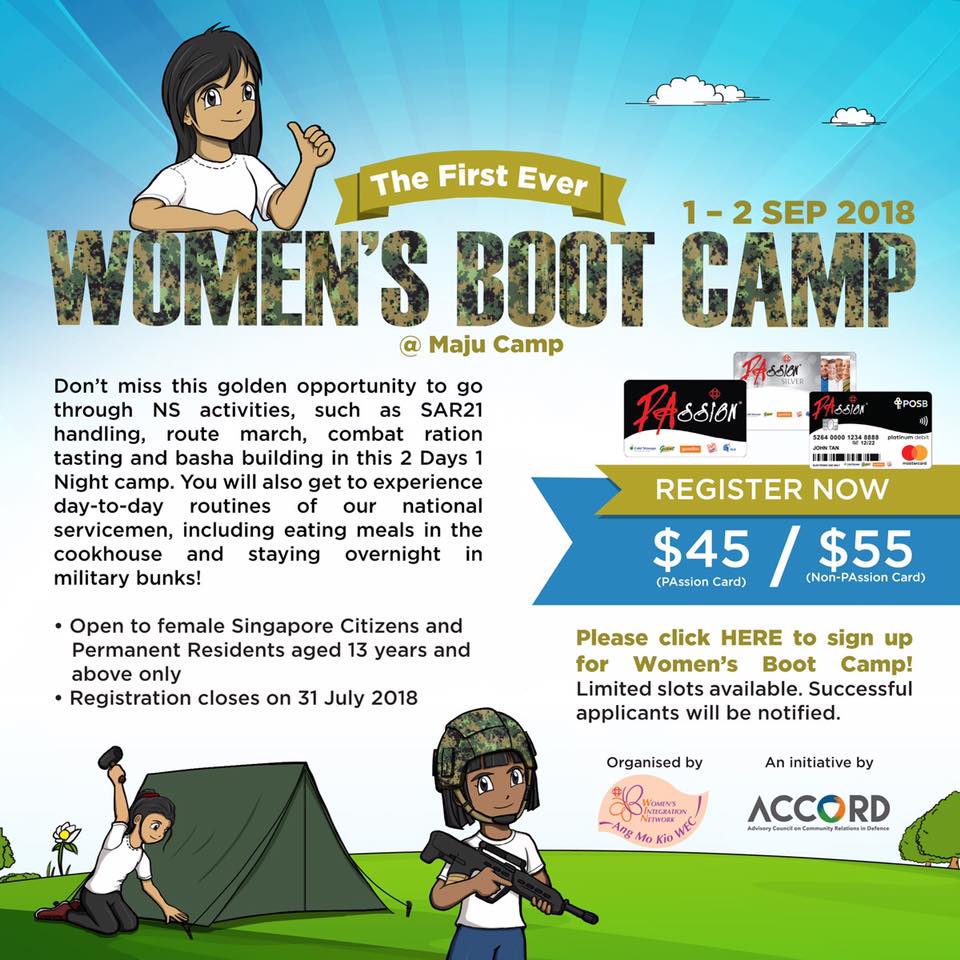 While men have to pay for these experiences with their dreams (ahem, Ben Davis), women just have to fork out $55.

Better yet if they’re a PAssion Card member, because they’ll enjoy a $10 discount!

To qualify for the programme, women have to be either Singapore Citizens or Permanent Residents aged 13 years and above.

Unfortunately, it appears that slots for the unique experience have been snapped up by women eager to be RECs (recruits).

While the move to share the NS experience with the wider population is a noble one, it couldn’t have come at a worse time.

NS, one of Singapore’s most cherished institutions, has faced a tough year. First there were the multiple service-related deaths.

More recently, the much-talked about case of Ben Davis sparked a vigorous debate online on MINDEF’s deferment policy. If anything, the debate highlighted a major flaw in its stance: that the choice between country and career is one our female athletes don’t have to make.

As national shuttler Derek Wong pointed out, male athletes might lose their training momentum during their National Service (NS) stint.

Maybe that’s why just 9 male athletes represented Singapore at the Olympic Games in 2016. In contrast, 16 female athletes flew the Singapore flag in Rio.

So to have the 2D1N experience rubbed in the faces of would-be male athletes seems to be in poor taste.

Because if you were given the choice between 2 days or 2 years in green, which would you pick? Unfortunately, for Singaporean sons, it’s not their choice to make.

How National Service Impacted The Careers Of Notable Singaporean Athletes