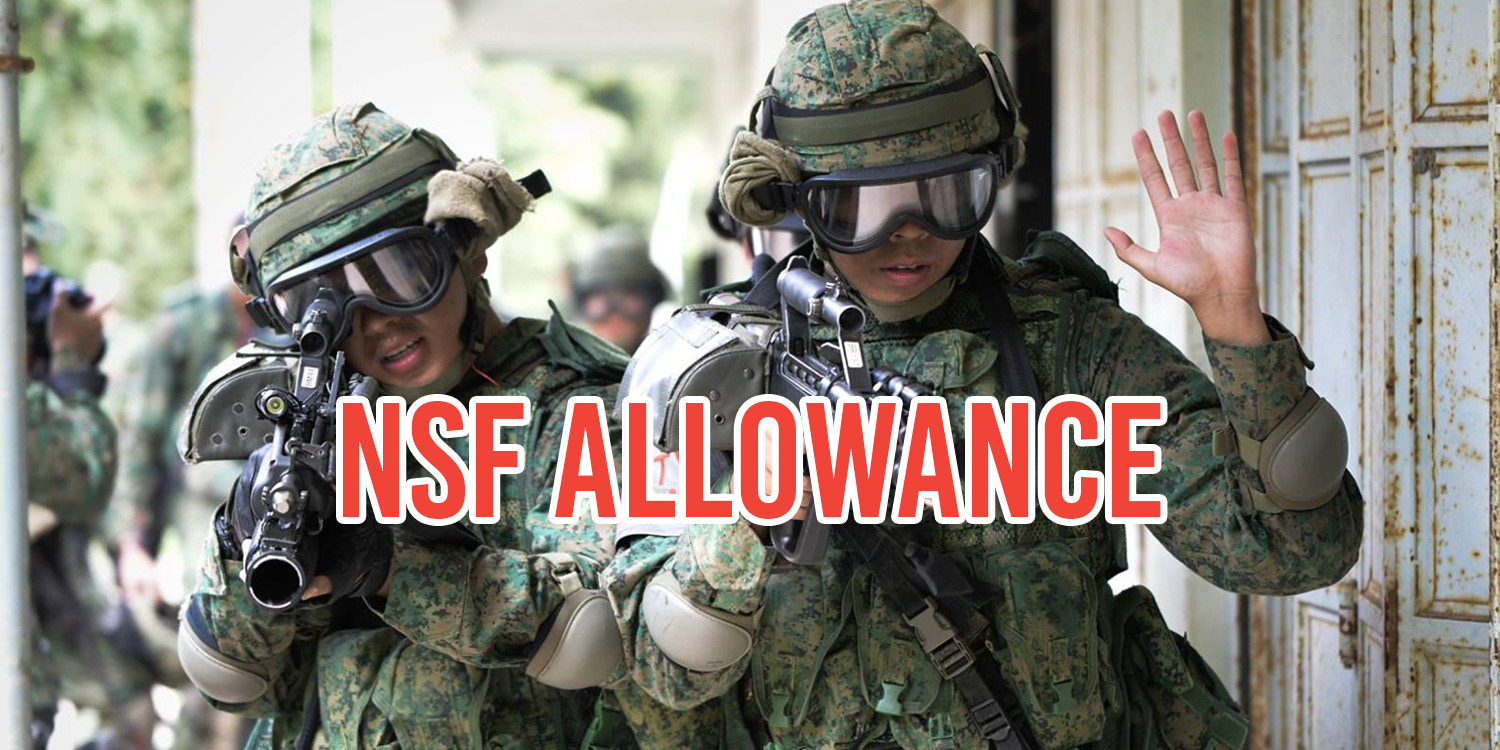 The issue of how much our NSFs are paid is back in the spotlight. That’s after AWOL Senior Minister of State for Defence Dr Maliki Osman revealed on Monday that 14% of AWOL cases were related to financial difficulties (10 September). AWOL refers to being absent from service without official reason.

The allowance was last adjusted in 2015, when MINDEF increased the sum by $80 across the board.

Netizens have since questioned whether NSFs deserved to be paid more, given the nature of their work.

But not every one had something bad to say. Some older netizens recalled their own allowance and compared the rise in pay.

But as others pointed out, such comparisons don’t take into account inflation rates.

The Government has often maintained that the monthly allowance isn’t a salary. Instead, they view it as an allowance that supports NSFs in their basic personal upkeep.

In 2015, Manpower Minister Josephine Teo went so far as to say that the contributions of NSFs and NSmen cannot be measured in dollars and cents. Her comments were slammed online for being insensitive and she was forced to post a clarification.

Despite its stance, the Government reviews the NSF allowance periodically. But some have called for these reviews to be conducted annually instead.

Currently, it appears that the review is conducted every 3 years, since previous reviews were held in 2012 and 2015. Going by that timeline, NSFs can look forward to a review in the coming months.

We hope that when that does roll around, NSFs will be given the due recognition that they reserve.