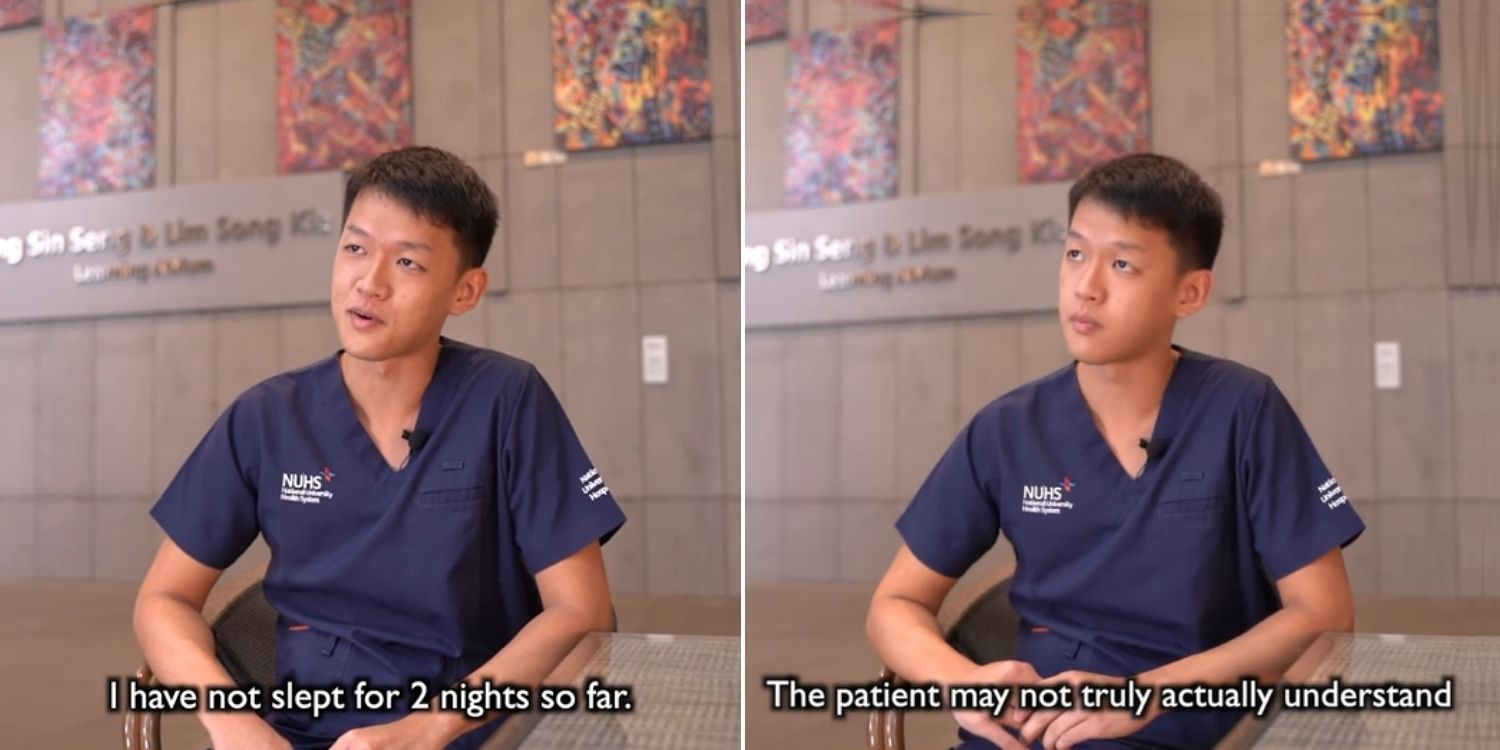 It's the nature of the job which not many can do.

Not all fields of work are meant for everybody, as each requires certain levels of knowledge, capability, and mental or physical strength.

Such considerations are especially applicable to the medical field, as an NUS School of Medicine alumnus reveals in a Facebook reel on 20 May.

As he shares about long work hours and lack of sleep, the candid video ends up drawing significant criticism online.

In response, NUS Medicine defended the clip for its honesty and purpose of inspiring individuals who aspire towards a medical career.

In a Facebook reel on 20 May, the NUS Yong Loo Lin School of Medicine shared a candid interview with alumnus and junior doctor Calvin Tijo.

The clip starts with him quipping that he had just finished an overnight shift. At that point, Dr Tijo claimed that he hadn’t slept for two nights. 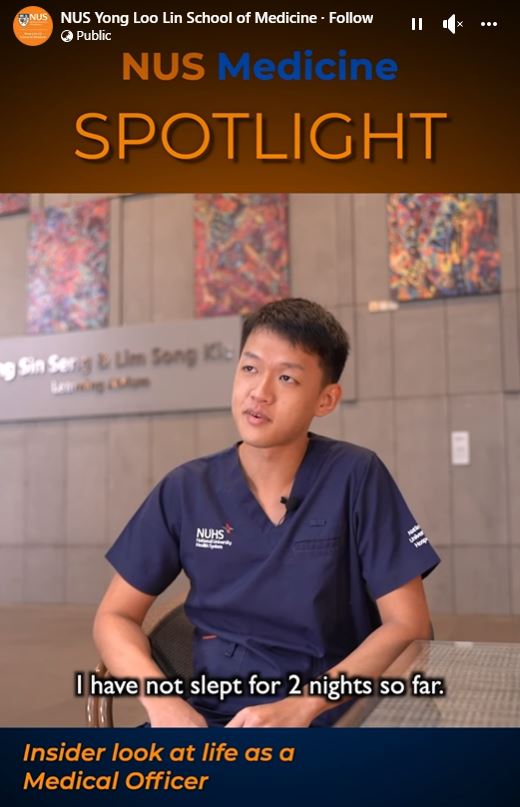 This was following what he estimated to be “20 hours of work in the hospital.”

Having gone through the figures, he laid out the hard truth:

Medicine is a lot tougher than you could ever imagine. Sometimes, you work for 30 hours straight without sleep. Or more.

Despite working in such conditions, Dr Tijo explained how doctors have to make tough decisions in almost every hour of the day.

These decisions could determine whether a patient gets better or worse, and in some cases, whether they live or die.

And even after trying their best, patients may not know the actual extent of doctors’ efforts.

Netizens divided about contents of video

While most people would appreciate such candour, the video sparked some heated debate instead.

Several netizens expressed their horror at the fact that doctors work such long hours on so little sleep, yet still have patients’ fates in their hands. 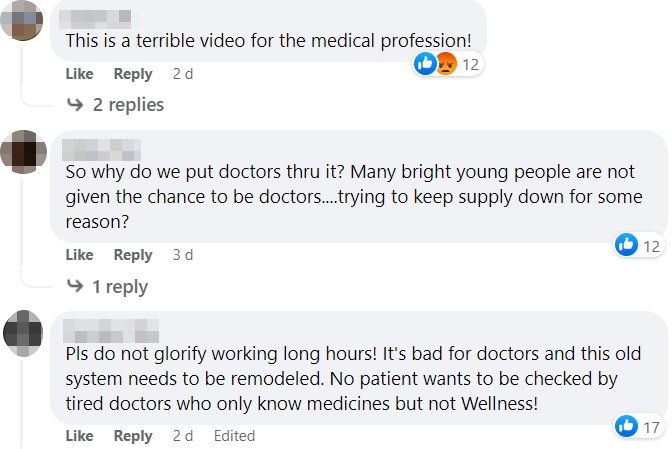 One even felt that the video did the medical profession a disservice.

However, others who seem to have greater familiarity with the field shot such arguments down by saying that long hours are normal. In fact, they build more resilient professionals who are ready to handle any crisis that may come their way. One user pointed out that anyone who is unable to withstand such conditions should consider other professions instead.

Following the barrage of comments from both camps, NUS Medicine posted their own response on Thursday (26 May).

Thanking netizens for the discussion, they explained that, “New junior doctors have steep learning curves and deal with many challenges.”

Rather than paint the profession in a bad light, they made the video to give prospective medical students and workers insights into the field.

They hope Dr Tijo’s candid sharing would “encourage(s) and inspire(s) those whose hearts are set on helping to make a difference in the health and well-being of people.”

As much as some of us may have both the doctors’ and patients’ welfare at heart, we should bear in mind that these are just the realities of the medical field.

Doctors have had years of training to get them through the job, and they know better than many of us about what they can or cannot manage.

Dr Tijo’s words towards the end of the video perhaps sum it all up most aptly,

Medicine and work will change who you are as a person…It changes your personality because you have many nights spent wondering whether there’s something you could have done better for a patient that passed on. You will spend many nights doubting yourself and it is a profession that will demand a lot out of you in terms of your emotions, mental health, and your overall wellbeing. It is something you need to pace yourself through day by day.

Despite all the difficulties they face, the stress, and doubts some may have, at the end of the day, it’s the path they’ve chosen to commit to. 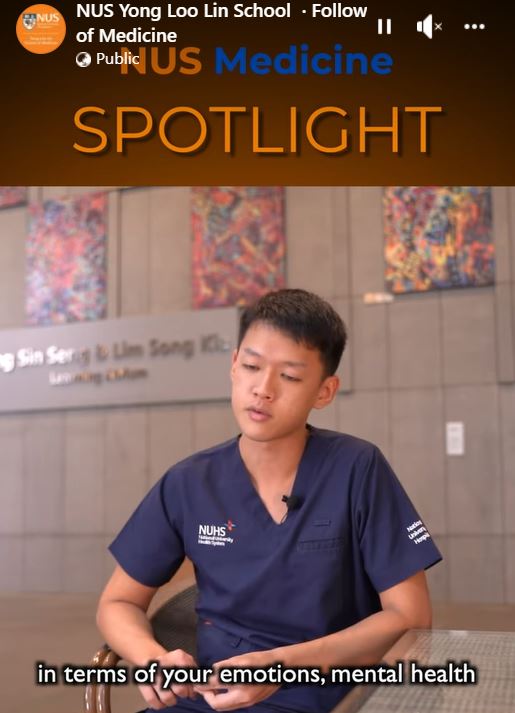 And as patients, friends, family, and even just regular members of society, what we can do is support our healthcare workers and appreciate them for all that they do.

First Half Of July Likely To Be Warm In S’pore, Temperatures Could Reach 35°C