NUS Students Allowed To Take Exam From Home Due To Covid-19, Now They’re Suspected Of Cheating 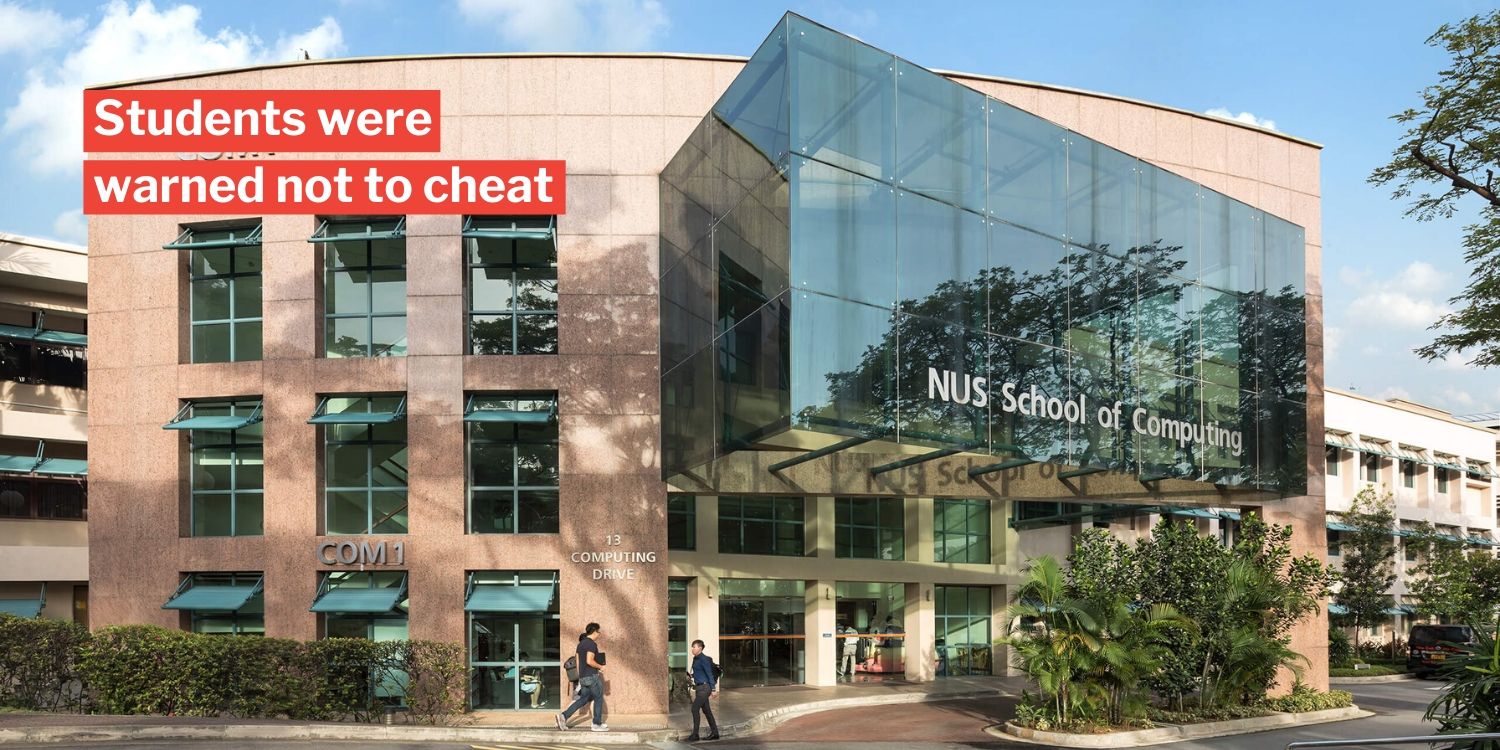 Universities from across the globe have shifted to online classes to prevent the spread of Covid-19, but some students have apparently taken advantage of the system.

On Thursday (19 Mar), The New Paper (TNP) reported that students from the National University of Singapore (NUS) School of Computing allegedly cheated on an exam that the university allowed them to take from home due to the outbreak. 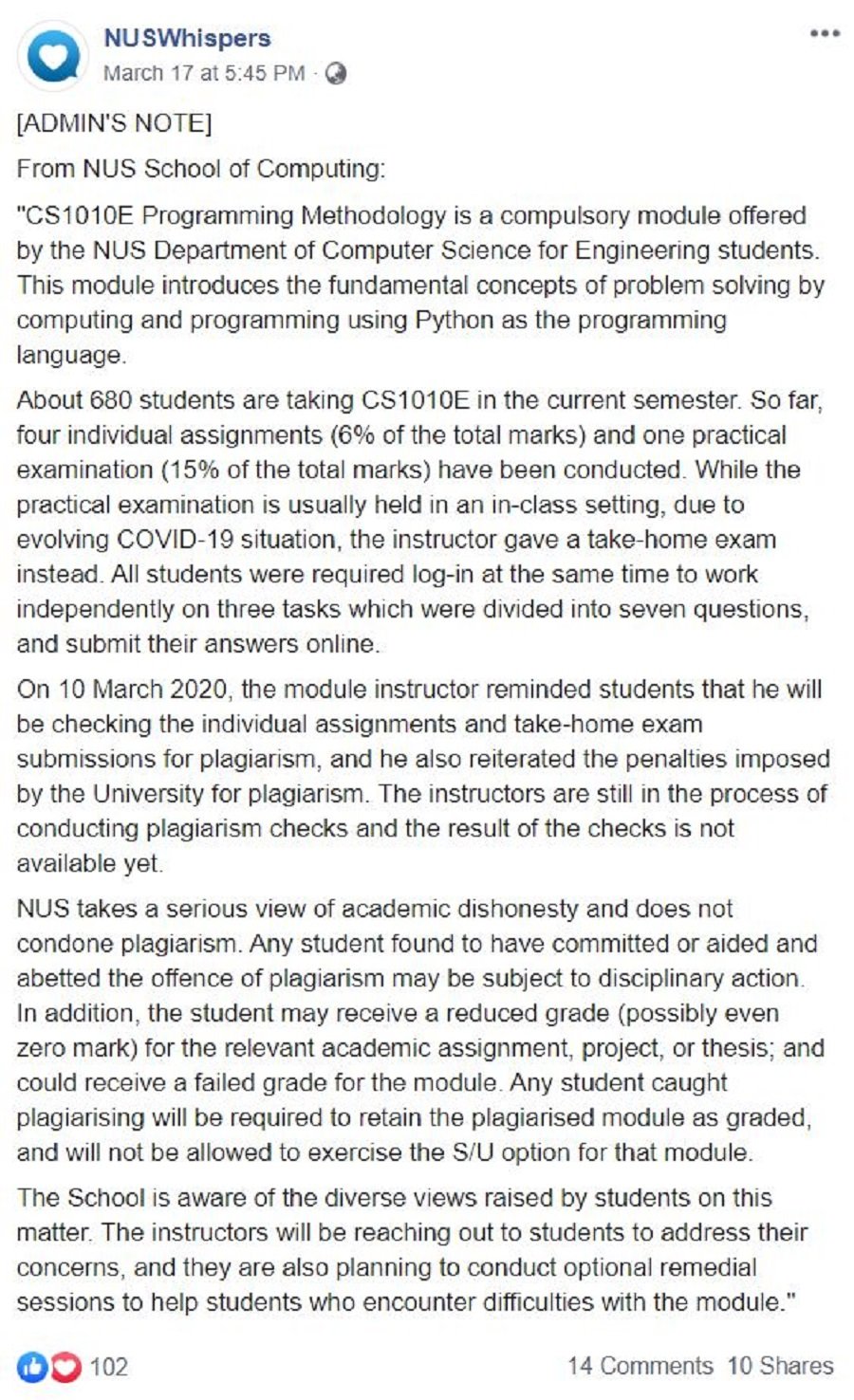 Students warned not to cheat on online exam

The scandal allegedly involved students taking the CS1010E module on programming methodology, which has 680 students this semester, and is compulsory for engineering students.

Prior to the Covid-19 outbreak, the exam for the module, which makes up 15 per cent of the final grade, was conducted in a classroom.

For the take-home exam, students were told to log in at the same, specific time to finish their assigned tasks.

They were also warned against cheating, including plagiarism as well as aiding and abetting such acts. 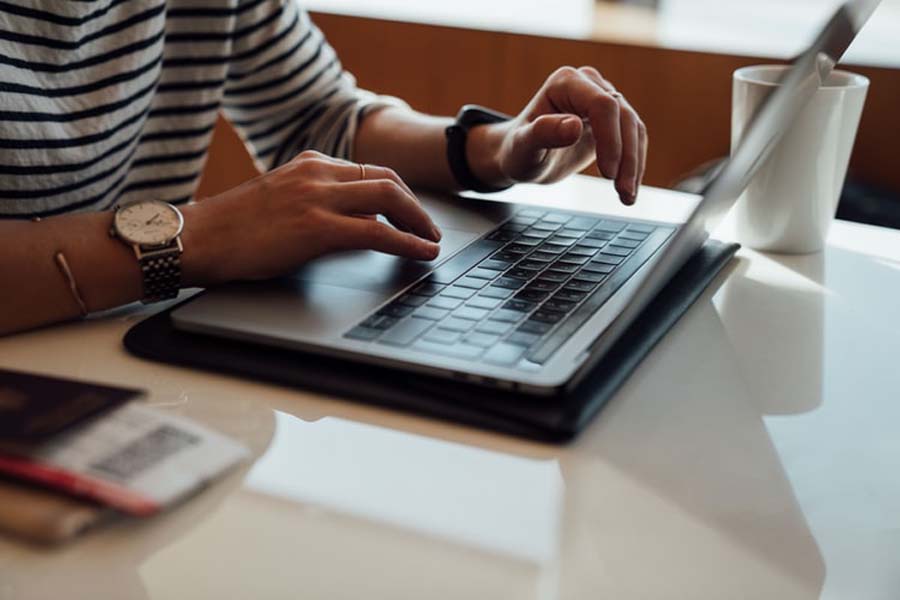 Allegedly, quite a few students shared their answers with one another, and even plagiarised each other.

According to TNP, course lecturer Prabawa Adi Yoga Sidi urged the students to confess, and some students have already done so.

In the university statement posted on NUSWhispers, NUS clarified its view on academic dishonesty and plagiarism:

NUS takes a serious view of academic dishonesty and does not condone plagiarism… The student may receive a reduced grade, possibly even a zero mark, for the relevant academic assignment, project or thesis.

Much discussion online on cheating scandal

In the past week, NUSWhispers, a Facebook page where the university’s students can share their stories, featured several posts from students who took the module.

Some admitted cheating because the exam was challenging.

Another post said that if disciplinary action was taken, “almost half” of the students would be hard hit and may not be able to graduate and finding jobs.

Yet another post said those involved were “begging for mercy”, as punishments are “almost a death sentence”. 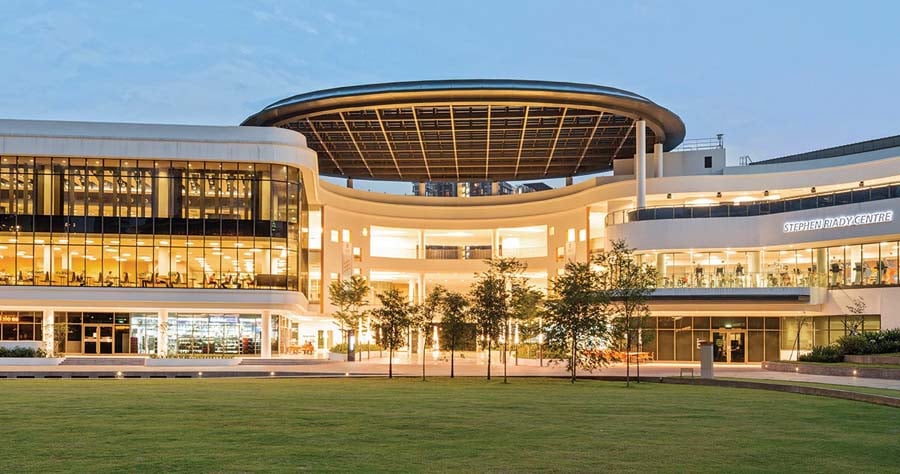 At the moment, most of the Facebook page’s previous posts regarding the scandal are missing from the site.

However, Mr Prabawa had previously commented on a post, according to TNP, saying:

Plagiarism is not a victimless crime. The students who are not plagiarising are being victimised. So we need to protect the victims.

Mr Prabawa claimed that instructors could identify similarities in submissions and possible collaborations within groups, but investigations are still underway.

In the meantime, NUS is making plans to conduct optional remedial sessions for students experiencing difficulties with the course. 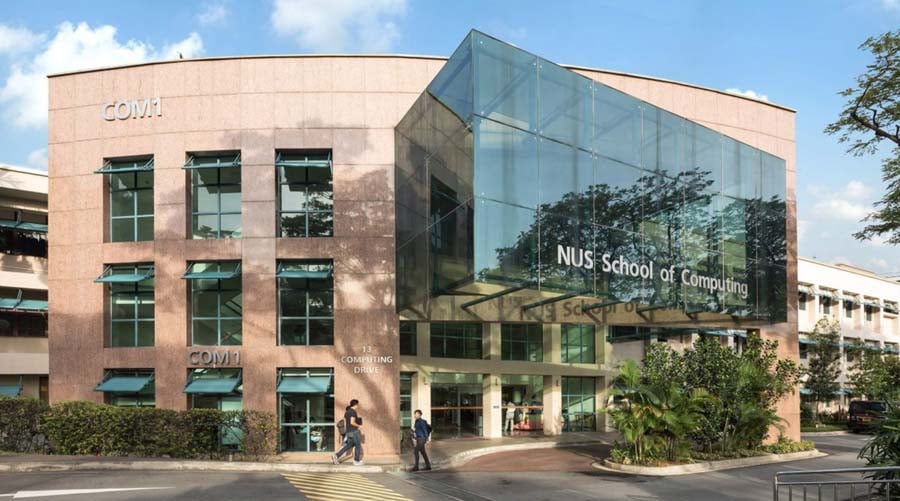 Cheating is not okay

NUS is currently investigating the scandal, and has reportedly taken in the views of the students.

We’ve all experienced difficulties in exams, but cheating is never the solution.

If you’re having trouble understanding the lessons, consider approaching your professor for help.