Do you know this ah kong?

It’s always heartbreaking to see elderly people sitting alone in public spaces watching everyone else pass them by.

We often don’t give them a second thought, but have you ever wondered if there’s anyone looking out for them?

Patrons at a coffee shop in Bukit Batok faced this exact scenario on Sunday (16 Dec) when they had to call for help for an old man who seemed to be unwell.

A customer at Hong Kah Food Place at 376 Bukit Batok Street 31 noticed something amiss when the old man appeared to almost fall out of his chair while sitting down. Worried for his safety, she went to check on him and found that he was sweating and couldn’t move both his legs.

The video shows the old man seemingly drifting in and out of consciousness while sitting slumped in his chair.

It’s unclear if he completely fainted but he was visibly weak and could barely open his eyes.

The customer tried to call some numbers listed in the phone that probably belonged to the old man but nobody picked up.

She proceeded to dial 995 and an ambulance came to take him to the hospital.

Concerned patrons stood close by as paramedics attended to the old man, making sure he was fine before they took him to the hospital. A kind man even went forward to help clear the area around the old man to help ease the paramedics’ duty. 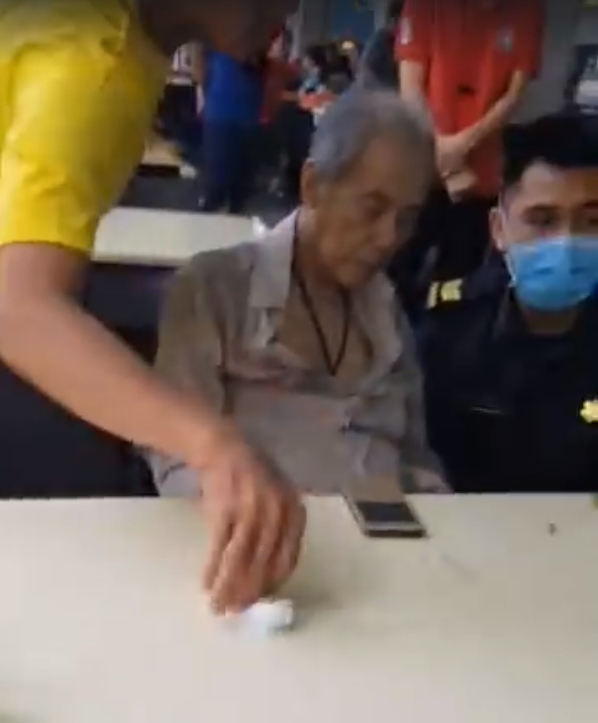 He was fortunate that there were kind souls who looked out for him that day and called for help. Kudos to the Good Samaritans for their alertness.

Plea for family to identify him

There’s a high chance that the old man had suffered from a heart attack.

Symptoms of a heart attack include:

If he did indeed have a heart attack, his family should be informed so they can help to monitor his situation and follow up with his treatment.

We hope that anyone who has seen the post and has information on the old man’s next-of-kin will contact them as soon as possible.