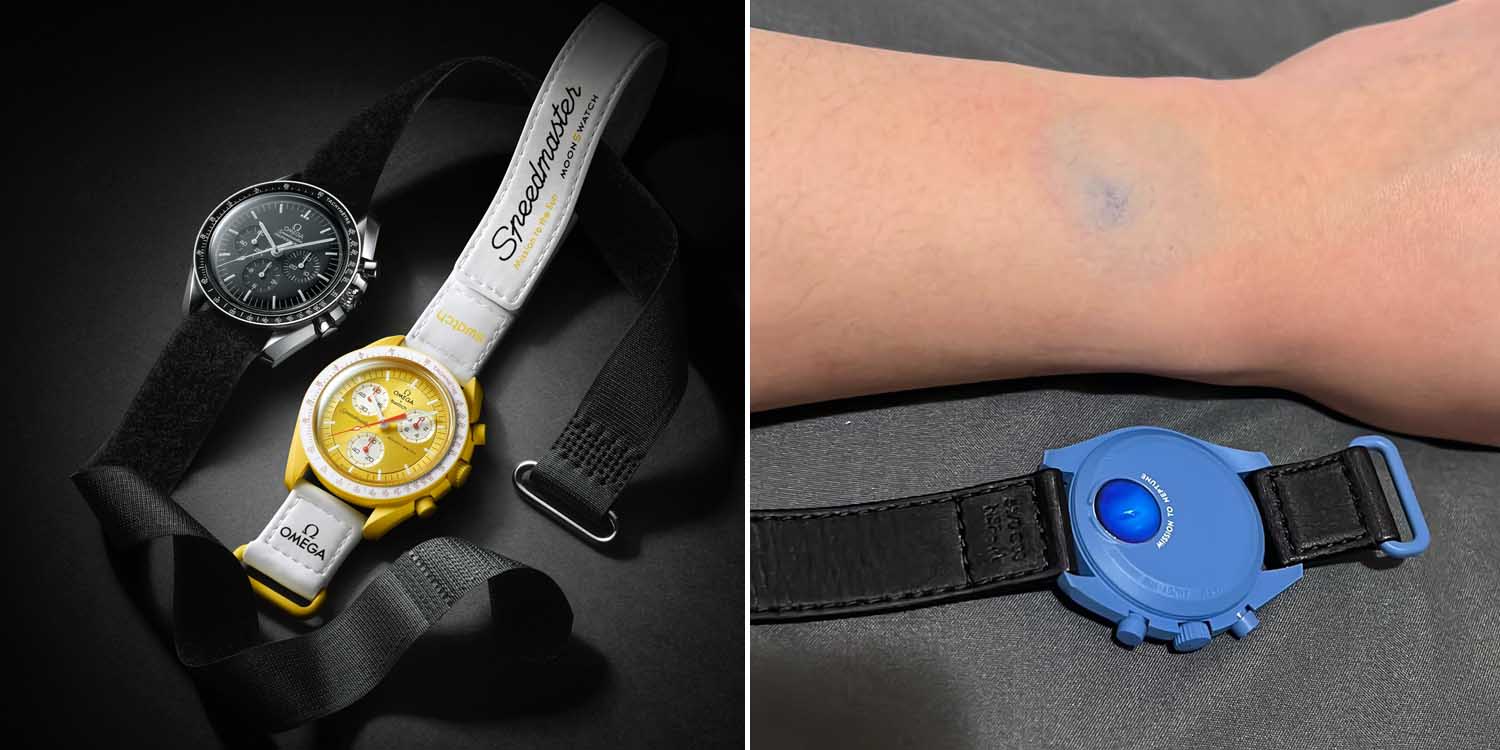 Also, the strap is velcro.

By now, you’ve probably heard of all the drama surrounding the launch of the Omega-Swatch collaboration.

The 11 timepieces, which are inspired by planetary bodies, caused massive queues in malls all over the world, including Singapore.

Other bizarre events ensued. A customer in Singapore was heard shouting at police to “shoot” him, while scalpers were listing the items on Carousell for many times their original retail price.

However, according to one man, the collection may not actually be worth all that hype. Here’s what he has to say about the MoonSwatch madness.

On Monday (28 Mar), Facebook user Jeffrey So penned an honest review of his ‘Neptune’ MoonSwatch, and he did not sound impressed.

First, he claimed that the crystal – the glass that covers the face of the watch – “had scratches all over it”.

He then reported that the dye on the back also “seems to leak into your skin”, showing a photo as proof. He added that this issue happens on the ‘Sun’ and ‘Mars’ models as well. So explained that warm temperatures likely caused moisture to get into the watch and the colour to transfer.

He also criticised the quality of the strap, saying that it feels like “garbage” and that he’d “rather have rubber”.

In Singapore, each MoonSwatch retails for S$372, or US$260. While that’s a fraction of the cost of a regular Omega Speedmaster Moonwatch, So maintains that it’s not worth the price tag.

You’re really just paying for branding. Do I expect a high-end quality watch from this purchase? No. I expected the quality of a $260 quartz watch. This is not it.

It’s a cool collab and but overall it’s underwhelming and not worth what the hype says it’s worth.

So is not the only one experiencing problems with his timepiece. One Singaporean Facebook user commented: “I have the same staining issue from the watch. Even the strap has the same issue.”

Like So, a Singaporean TikTok user @almightyalicia has a similar gripe with the strap, particularly that it’s made of Velcro. 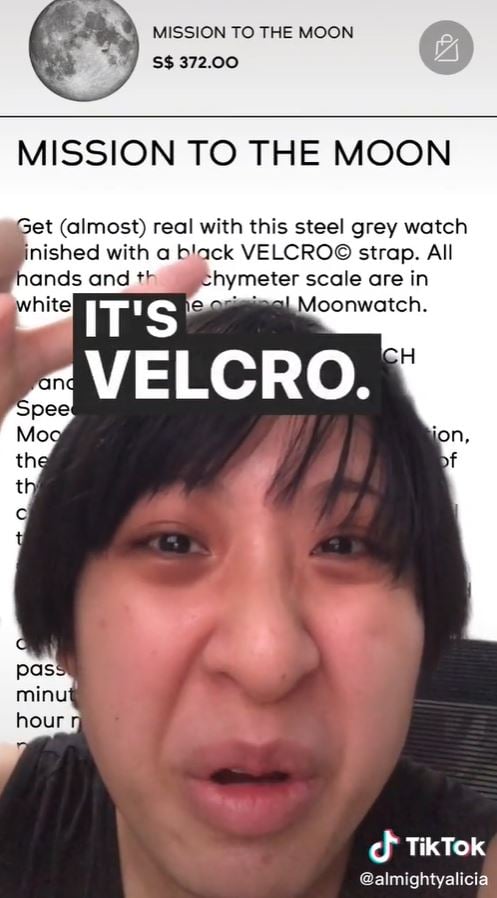 The rest of the watch consists of Swatch’s BIOCERAMIC material, described as a “blend of ceramic and bio-sourced plastic”.

The ick is real.

Think twice before spending your money

After going to such lengths to secure one of these coveted timepieces, it’s understandable that people would expect their products to meet a certain standard — especially when the product is a crossover between two well-known brands.

Thus, it’s also understandable that some customers might feel let down by the quality of the MoonSwatch.

Of course, everyone is free to spend their hard-earned money however they want, but it would also be wise to consider whether something is really worth its price tag.