Must Share News – Independent News For Singaporeans
Home Inspiration One-Legged S’pore GrabFood Rider Pushes PMD With His Foot Even As He... 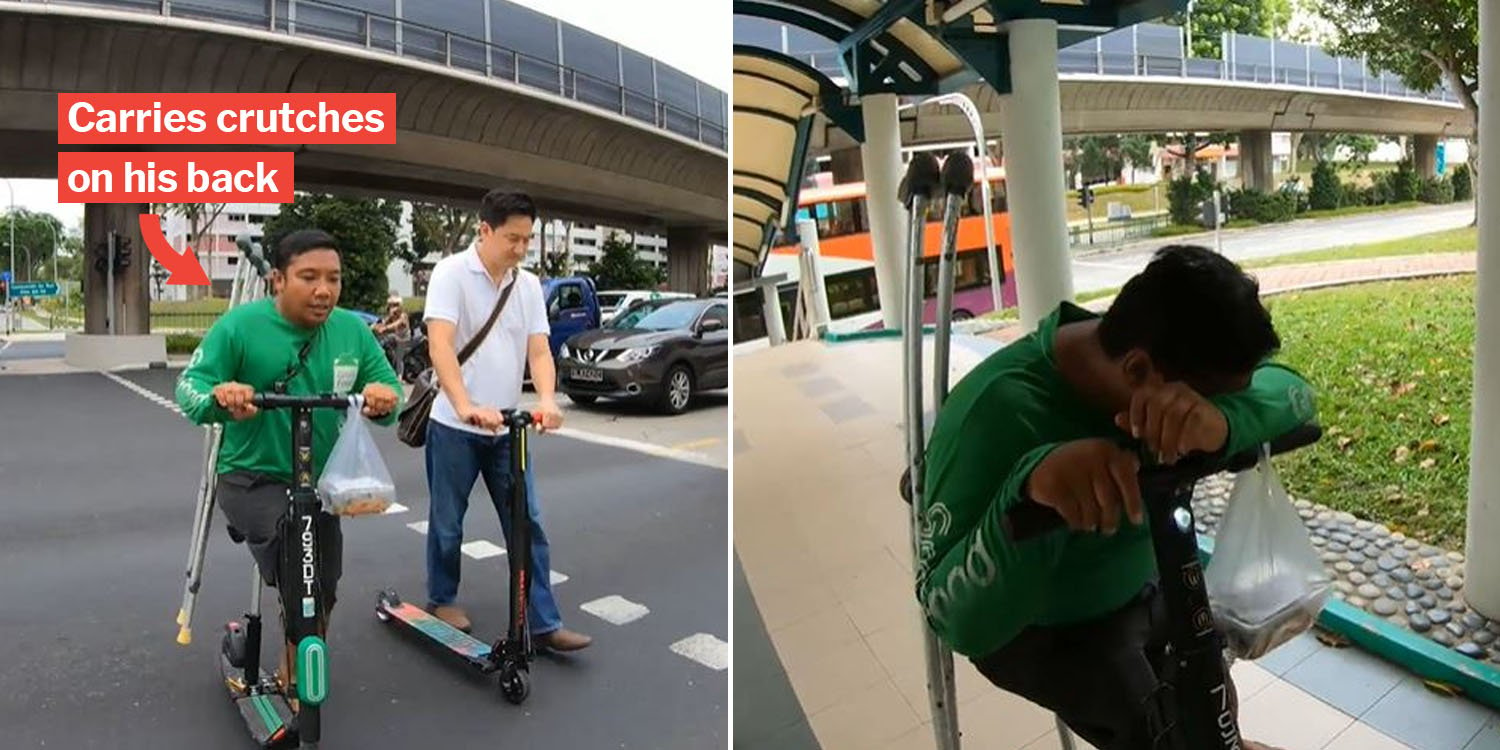 By now, we all know how hard food delivery partners have been taking the recent Personal Mobility Device (PMD) ban on footpaths.

But none probably feels the pain as hard as Mr Saire Adnan, a one-legged GrabFood rider. 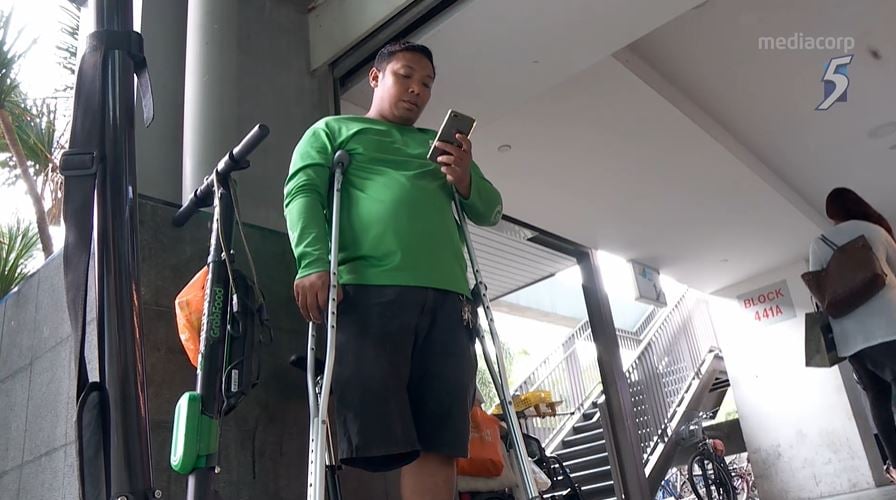 While the ban may hinder some from resuming their jobs, Mr Saire continues with his deliveries despite the difficulties the ban imposes on him.

He gave people an insight into his struggles in an episode of Channel 5’s Talking Point, which he shared a short clip of on Facebook on Friday (15 Nov).

The post has since garnered over 1,000 shares, as his story touches netizens’ hearts and raises the question of whether the ban was too heavy-handed.

GrabFood rider pushes PMD with his one working leg

While many unhappy food delivery partners have been voicing their discontent over the ban in Meet-The-MP sessions, others are quietly going on with their lives and working within the new rules in order to earn an honest living.

Mr Saire is one of them, as he picks up orders and pushes his PMD on footpaths even if it means taking a much longer time for each trip.

All this, while carrying a pair of crutches on his back, as he needs help to move around on his one functioning leg. 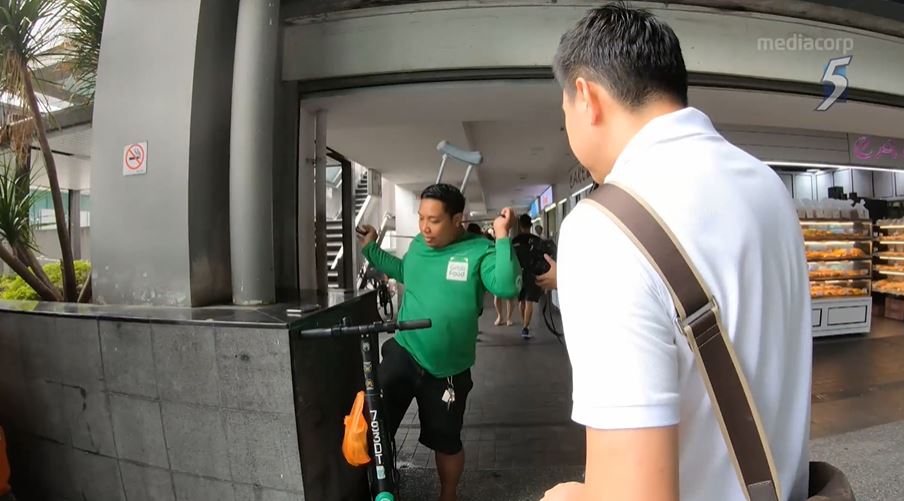 When asked why he doesn’t use a Personal Mobility Aid (PMA) instead, Mr Saire explained that he had tried, but it doesn’t allow him to go far and do many deliveries.

Since he has already been using a PMD, he continues to do so, but switches off the power on footpaths and pushes it forward with his foot. 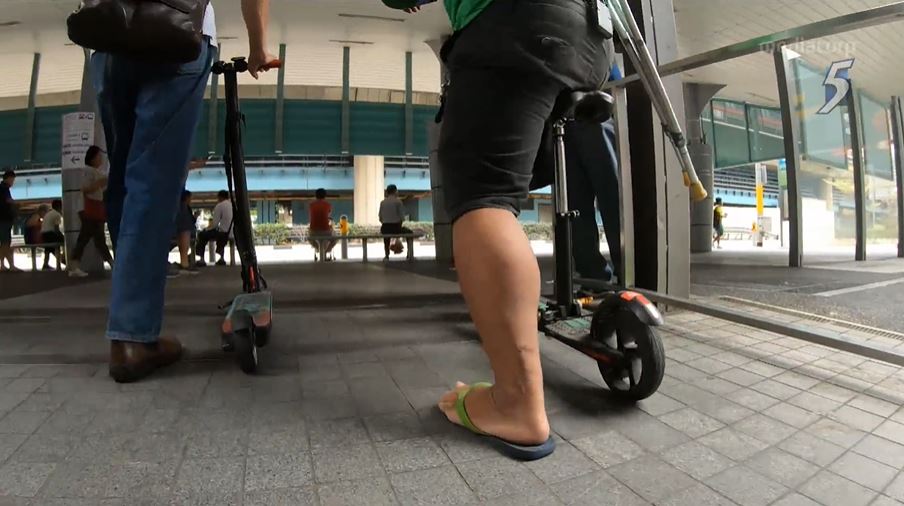 For individuals like Mr Saire who rely on this job to get by, there’s really no other way.

Sadly, obeying the rules against all odds costs Mr Saire quite a lot. He tells Steven Chia, from Talking Point, that he can now only manage 3 to 4 deliveries in a day, down from the usual 10 to 12.

The host noted that it’s a significant 70% drop in orders, with a possible correlation to his daily earnings.

The ban has also taken a physical toll on Mr Saire, who visibly pants after pushing his PMD over long distances. Nonetheless, his determination moves many as he does his job without complaining even once throughout the entire segment.

Besides raising the plight of individuals like Mr Saire, more than anything, this episode perhaps confronts the authorities with the need to reconsider the ban.

Though the ban may be necessary for safety, it has also placed the livelihoods of vulnerable groups at stake, especially those who have no other means of working.

Whether the ban stays or not, let’s hope that enough help will be given to those who desperately need it, to deal with this transitional period.