The doc took just 1 minute to convince her.

Unless you’ve been sleeping for the whole of 2021, you would know that the Government is actively trying to persuade as many Singaporeans as possible to get vaccinated.

That’s especially true for senior citizens, as it’s been said that they’re more likely to become seriously ill from Covid-19.

Thus, no less than Health Minister Ong Ye Kung visited a mobile vaccination team in Whampoa and tried to persuade an elderly lady to get vaccinated. 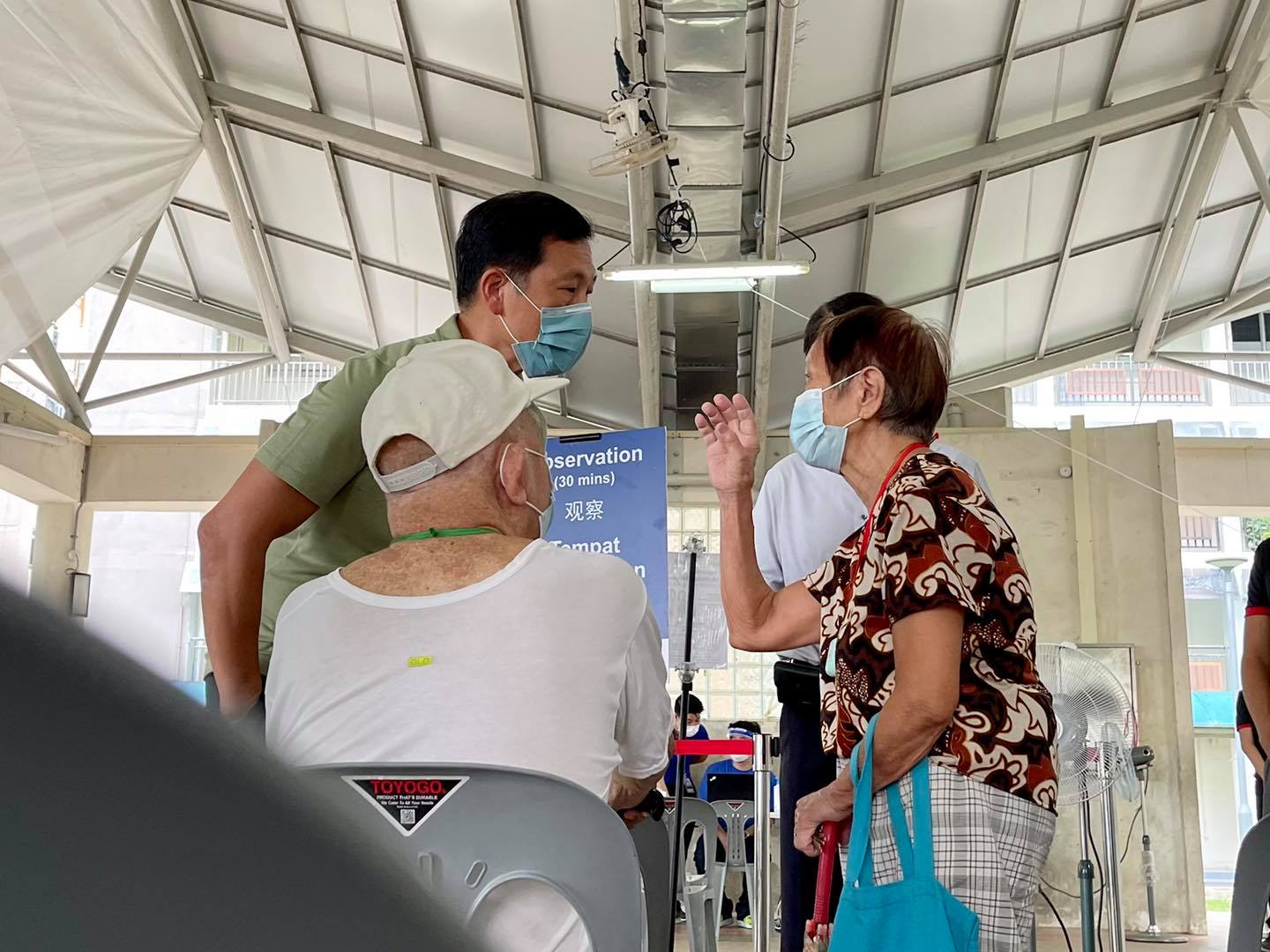 As she initially wasn’t keen, Mr Ong might have thought that he’d failed.

However, a doctor managed to quickly convince her to get jabbed there and then.

The minister related this story in a Facebook post on Saturday (31 Jul), saying the elderly lady in question was a Mdm Ho, who’s in her 80s. 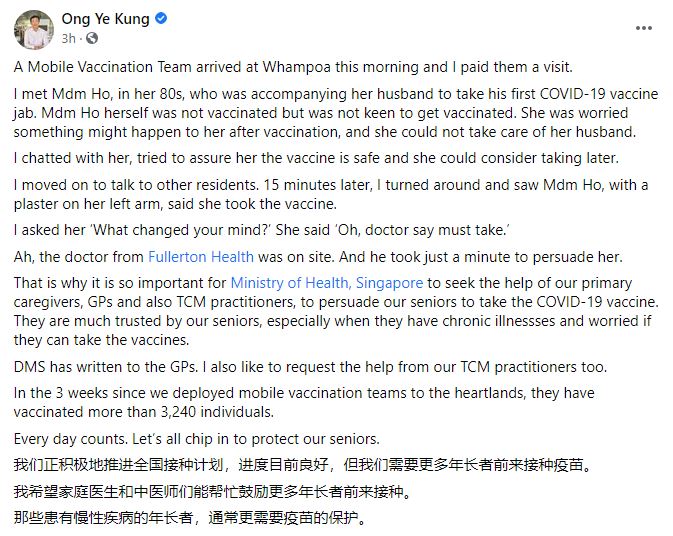 She was actually bringing her husband to get vaccinated, but wasn’t keen on getting jabbed herself.

That’s because she was worried that “something might happen to her” after her vaccination, and she wouldn’t be able to take care of her husband then.

Though Mr Ong tried to assure her the vaccine is safe, he had to move on without getting a definite commitment from her. 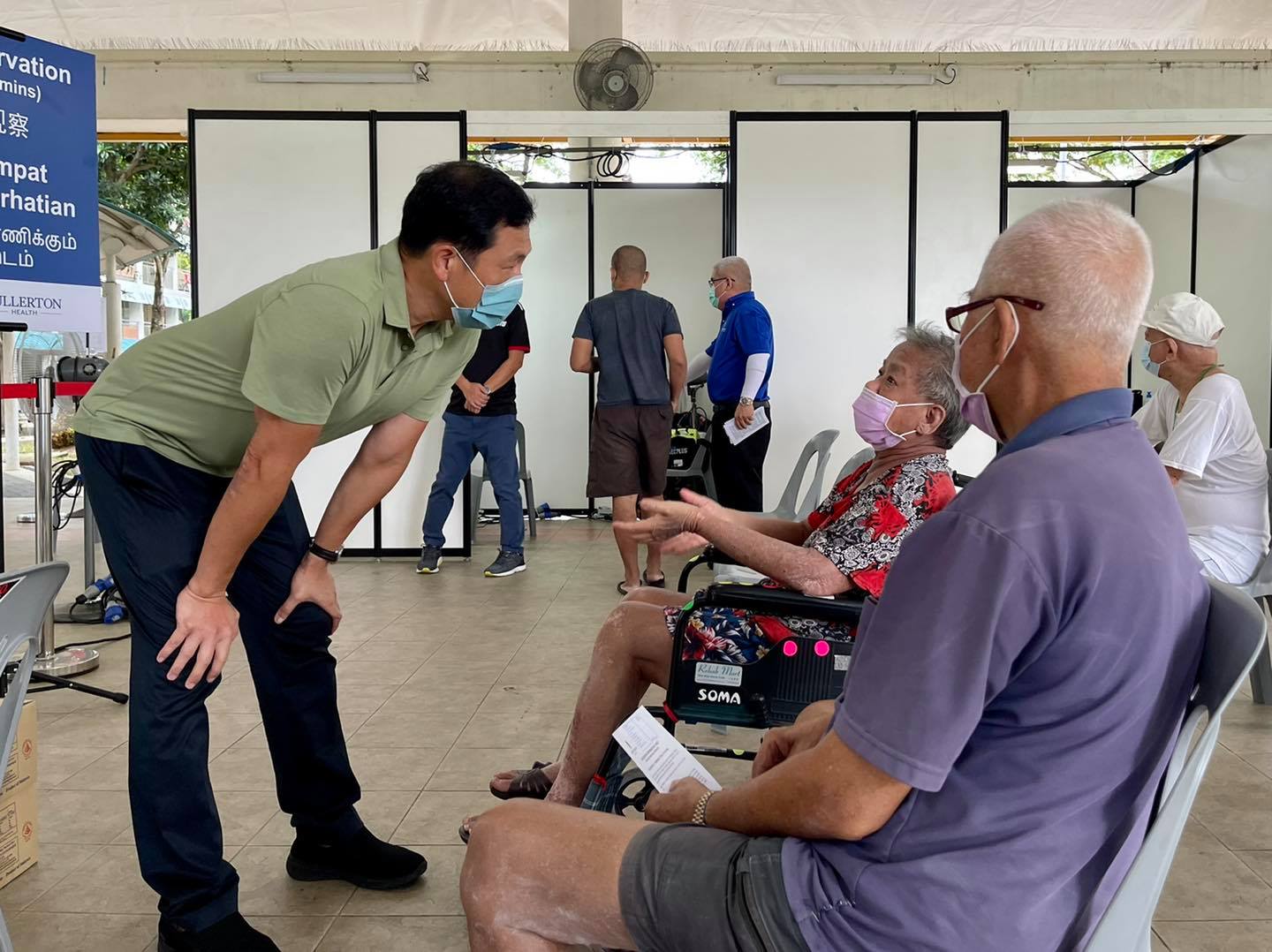 Later, Mr Ong would’ve been surprised to find out that Mdm Ho ended up getting vaccinated anyway.

That was just 15 minutes after he’d chatted with her. Why did she change her mind, he asked.

It turned out that all it took was a simple urge from the doctor, as Mdm Ho said,

Apparently, the on-site doctor from Fullerton Health took just 1 minute to convince her.

Govt needs help from those on the ground

Mr Ong told this story to make a point: The Government can’t convince seniors by themselves.

They need help from those on the ground, i.e. primary caregivers and general practitioners (GPs), as well as practitioners of traditional Chinese medicine (TCM).

That’s because these people are trusted by seniors, being the ones whom they consult often.

This is especially true for seniors who have chronic illnesses and are worried about taking the vaccines.

Thus, while GPs have already been urged to help out, Mr Ong requested TCM practitioners to lend a hand also.

More than 3,240 jabbed by mobile teams

The minister also gave an update on the effectiveness of the mobile vaccination teams sent to the heartlands. 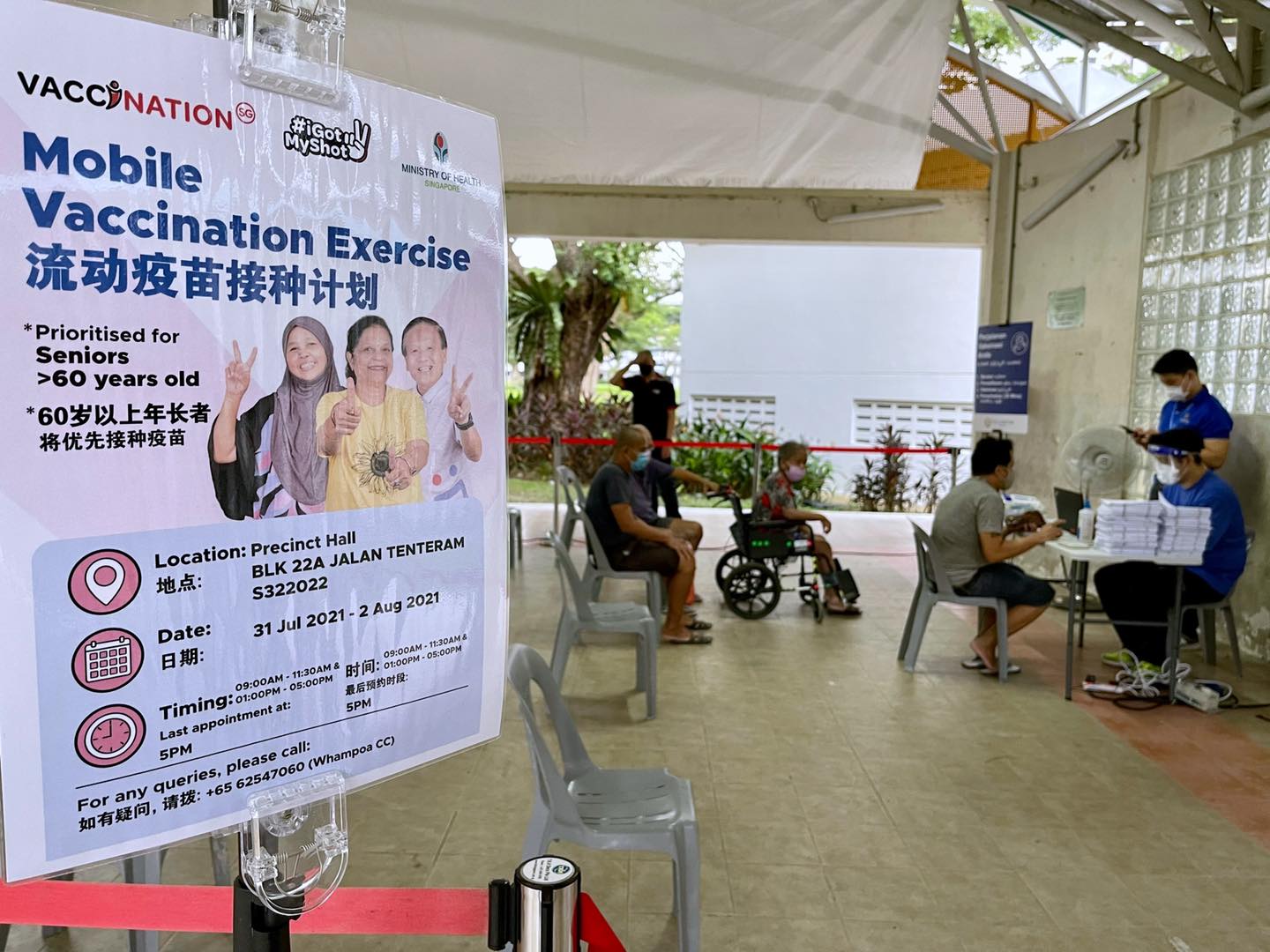 In the 3 weeks since they were deployed, they’ve vaccinated more than 3,240 people.

Since they’re prioritised for those above 60 years old – who can just walk in for their jab – that means they’ve contributed towards bumping up the vaccination rate among seniors.

Reach out to seniors with understanding

While Mdm Ho eventually decided to get vaccinated, her initial reluctance was because she wanted to be well enough to take care of her husband.

That’s something that younger people and those who’re not in her shoes may not understand.

They’re probably many seniors like her who’re also not keen on the jab, due to various reasons.

So it’s up to their loved ones and trusted sources to hear them out with an understanding heart, so they can come to a decision that they’re comfortable with on their own.

Kudos to Mr Ong for being willing to reach out and listen to seniors on the ground.