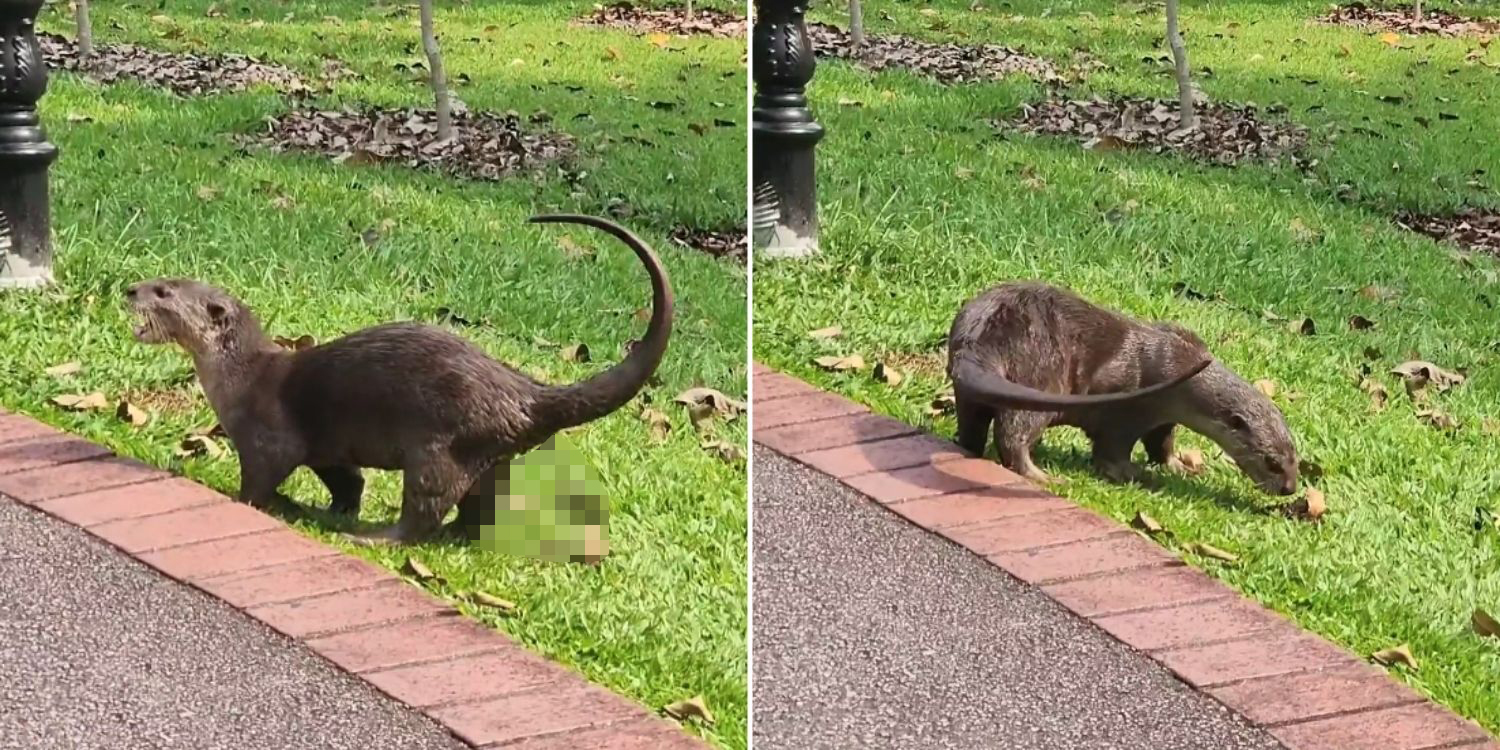 Otter Poops In Front Of Parkgoer At Botanic Gardens

Although they’ve terrorised ponds on multiple occasions – RIP fishies – residents have let them off lightly mostly because they’re an integral part of Singapore’s wildlife. And also partly because they look adorable.

However, this parkgoer had a different experience when his “awws” turned into “ews” after witnessing an otter pooping right before him.

Otter came over to piss and poop in front of me, sniffed it, and ran away. from singapore

Not only did the otter perform both number one and two at the same time, it even had the cheek to sniff his goods before dashing off.

On Monday (23 May) night, Redditor u/Alewerkz shared a video of his encounter with a group of otters at Botanic Gardens.

In the short clip, the OP excitedly welcomes the otter as it trods across the grass patch in his direction.

The otter then sniffs the ground before circling the area.

After settling on a spot, the otter hunches its back to answer nature’s call, defecating and urinating at the same time.

OP lets off a nervous laugh after witnessing the two-for-one special.

Once the business is done, the otter then turns around and sniffs his masterpiece.

OP comments on the act and says, “He go smell his own shit”, in a semi-disgusted tone.

The video ends with the otter wistfully joining the rest of his pack, leaving behind its mess and a ‘traumatised’ parkgoer, who jokingly thinks the otter may have had diarrhoea, judging by the poo’s watery texture.

Next otter news will be cute, we hope

As far as shitpost goes, this may take the cake, literally. After all, it’s not every day you get to witness nature’s wonders.

Let’s hope that the next time the otters make the news, it’s for 100% cute reasons again.