There have been no new leads for over a month.

Our pets are often very dear to us, forming an indelible part of our lives. So it can be distressing to find them gone and receive no closure for their disappearance.

Unfortunately, this has been the case for Irene Tan, whose pet parrot flew away from her apartment in Toa Payoh. Despite an ongoing search, there have been no new leads on his whereabouts. 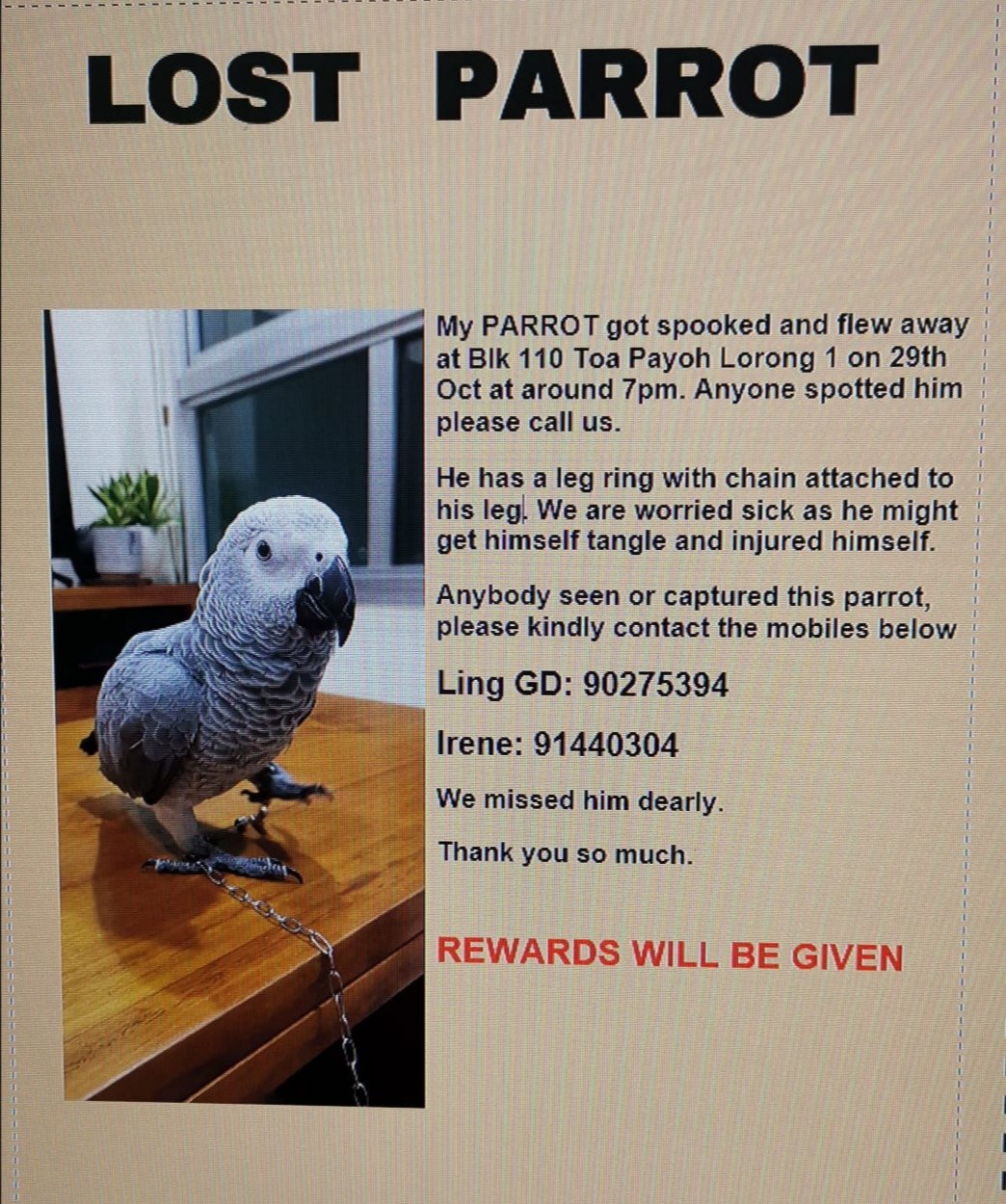 Mrs Tan is now offering a S$2,000 reward for anyone able to bring her parrot home.

Speaking to MS News, Mrs Tan shared that her African Grey parrot, Max, has been missing since 29 Oct. 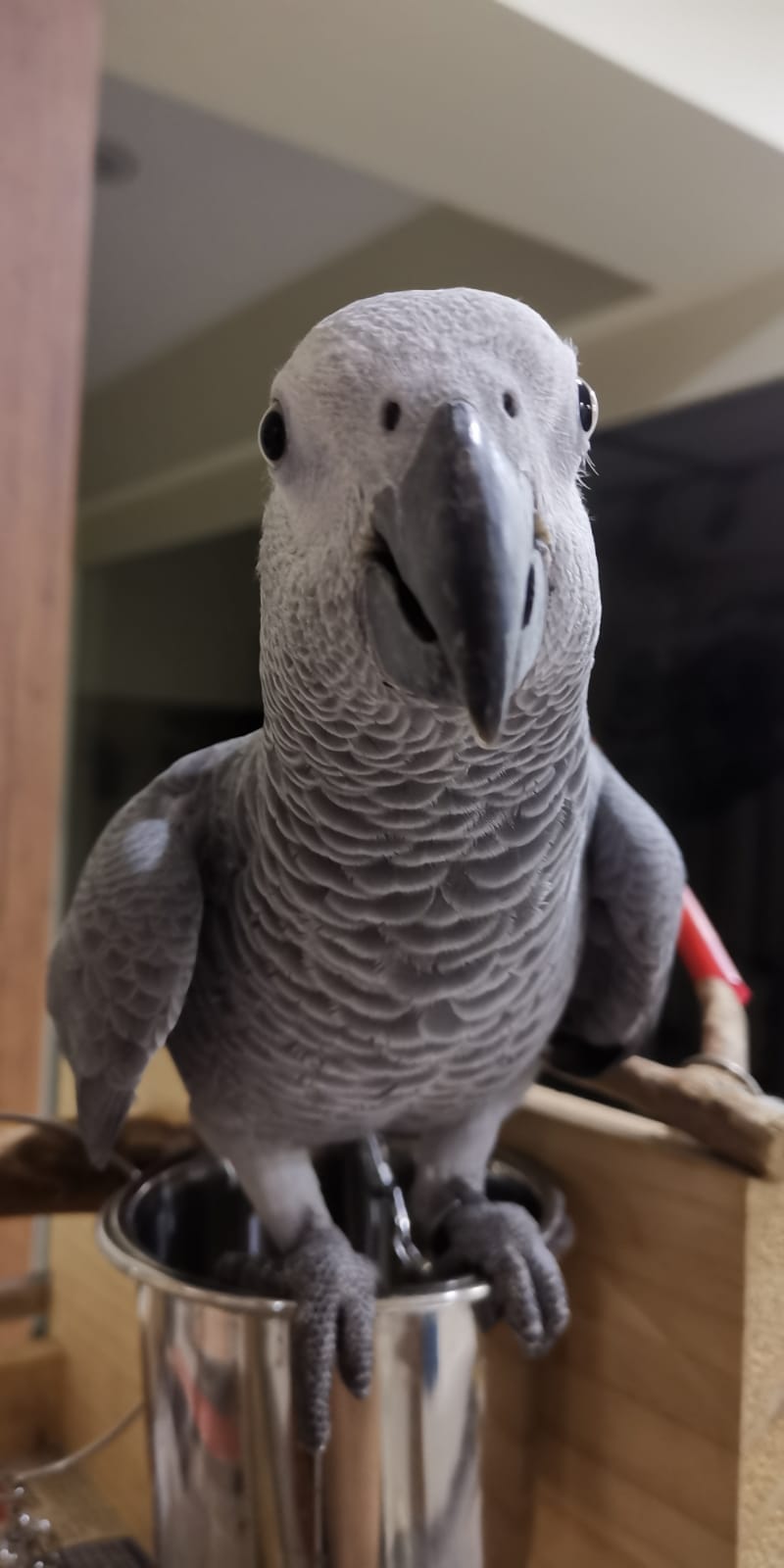 At around 7pm that day, he became spooked and flew away from her apartment at Block 110 Toa Payoh Lorong 1.

Since then, he has been missing, with no new information on his whereabouts. According to Mrs Tan, he also has a leg ring with a chain attached to his leg. 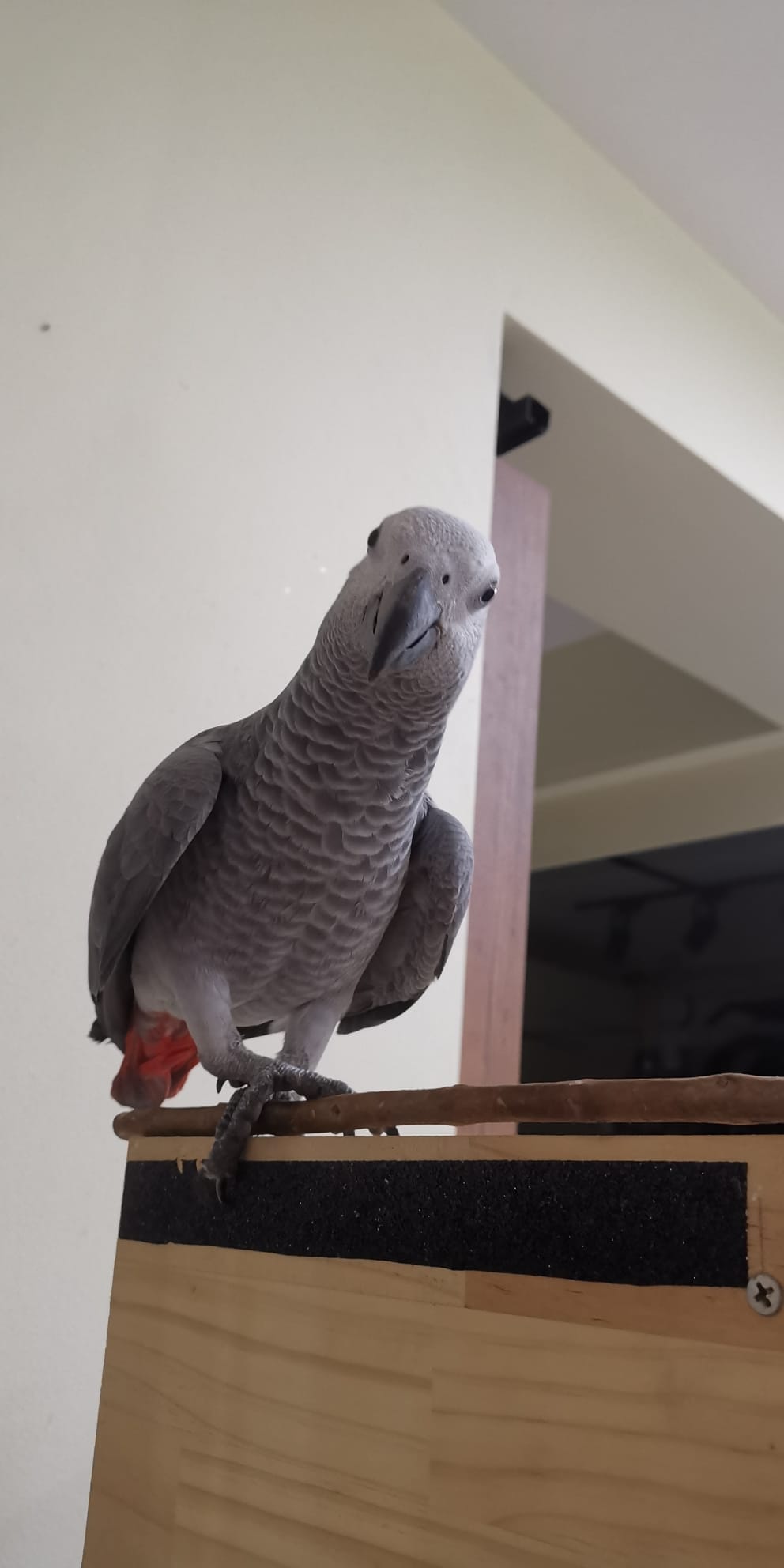 As such, the situation has become all the more urgent, as Max’s owners are worried he might get tangled up in it and injure himself.

Less than a year old, Max is very dear to his owners. There were plans to celebrate his first birthday in December, Mrs Tan shared.

Mrs Tan also told MS News that she has posted to Facebook on Max’s disappearance several times over the past month. She has also put up posters around the estate, contacted animal communicators, wrote to vet clinics, and reached out to local authorities.

“We even went block-to-block and level-by-level because we wanted to get [the] word out to people,” she said. “We have also approached strangers to share on their social accounts.”

Despite her efforts, Max has remained missing. It is incredibly taxing as Mrs Tan has watched other owners reunite with their lost pets, with no word on hers.

“My husband and I are now physically, mentally and emotionally exhausted,” she said.

Mrs Tan is now appealing for anyone with information on Max’s whereabouts to come forward. She will also offer a reward of up to S$2,000 for his safe return.