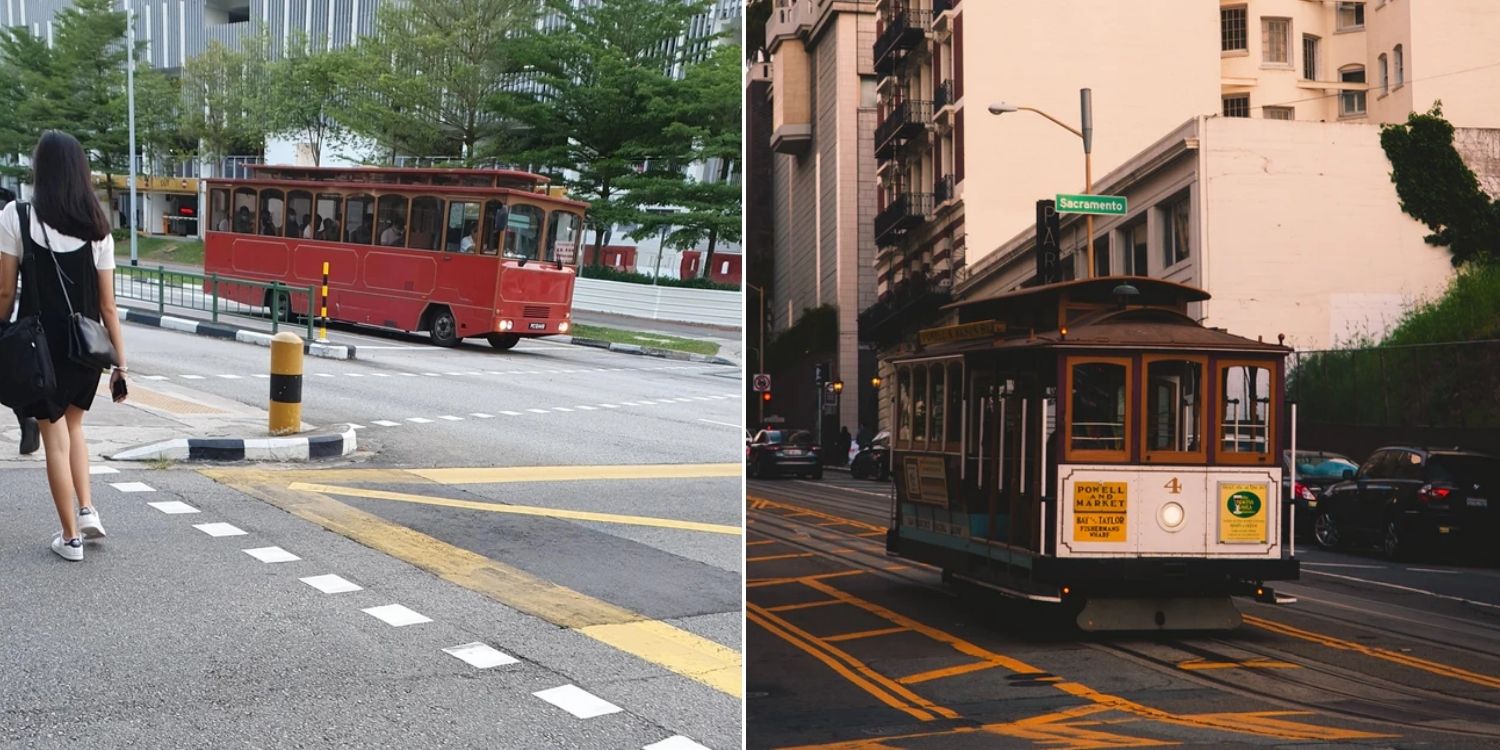 The latest bus models come with brand new features like charging ports as well as additional steps and doors to facilitate passenger movements.

Though old-school ones may not have the newest features, they more than make up for it by evoking fond memories of the past.

Recently, a netizen spotted a maroon trolley bus in Pasir Ris that gives off retro vibes. Not sure about you, but it certainly reminds us of the classic cable cars from San Francisco.

On Wednesday (9 Jun), Redditor u/pushhhs shared a picture of a maroon bus that was appparently taken in Pasir Ris. 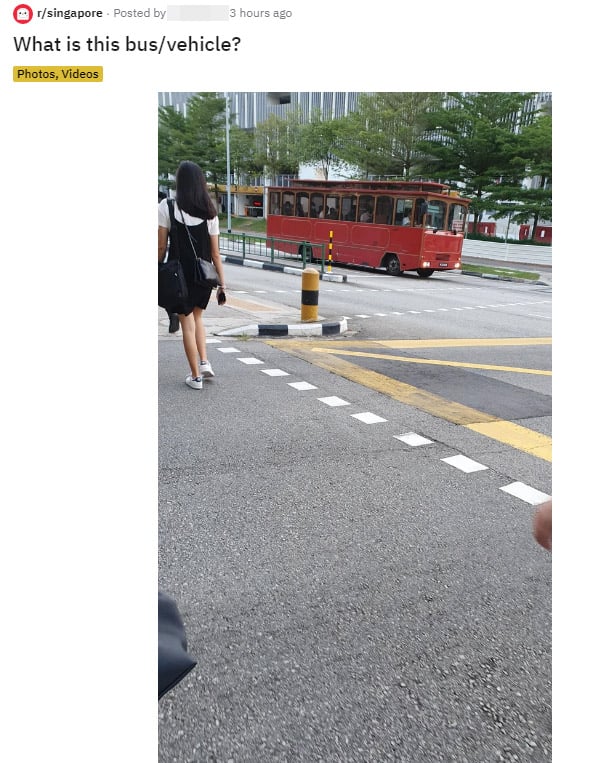 Though they didn’t specify the exact location of the sighting, the OP confirmed a netizen’s query about it being at an HDB estate near White Sands Shopping Centre.

Unlike the newer buses that often come in vibrant colours, the old-school vehicle is of a dull maroon hue.

It’s also significantly shorter compared to conventional buses, with just 10 window panes along the length of the vehicle.

Though the vehicle has appeared in different settings, it reminds us more familiarly of cable cars in San Francisco. 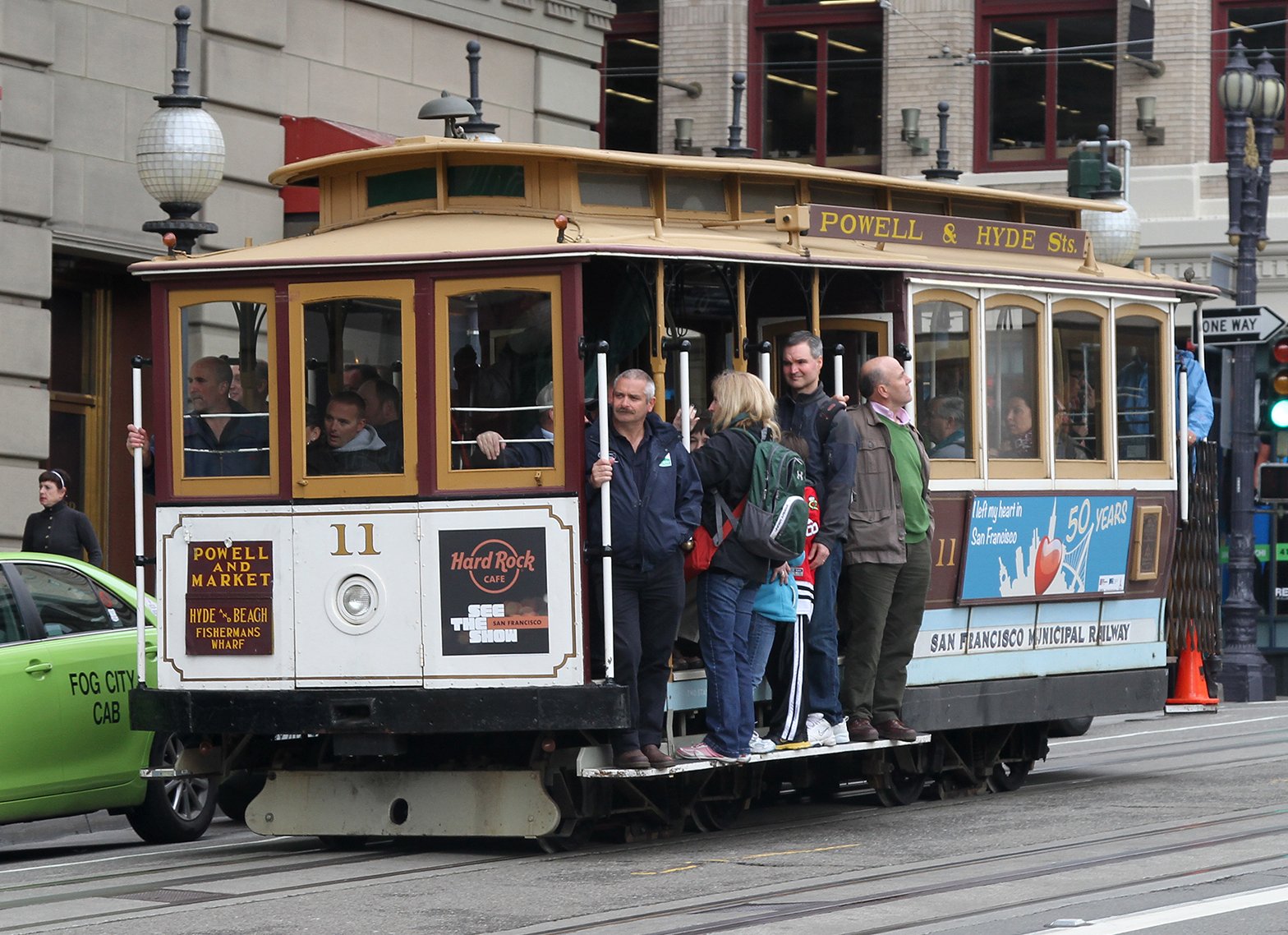 Turns out, many others have allegedly spotted similar buses around Singapore.

One Redditor claimed that one such vehicle served to shuttle residents to and from a Clementi condominium.

Another netizen clarified that the bus is available for private hire or lease, and can venture anywhere across the city.

But it seems this particular bus was used to ferry SAF personnel between Pasir Ris and Hendon Camp, as alleged by a Security Tropper from the latter location.

Redditors were also quick to identify the bus model — a Mitsubishi FE85DJZSRDEA, or an FE85 canter truck chassis fitted with a bus bodywork.

A subsequent search on the (buses[IN]gapore!) Facebook Group found that the trolleybus model has been spotted in numerous colourways over the years.

In 2013, one of the buses was painted brown as part of a hyper-realistic Cadbury ad. 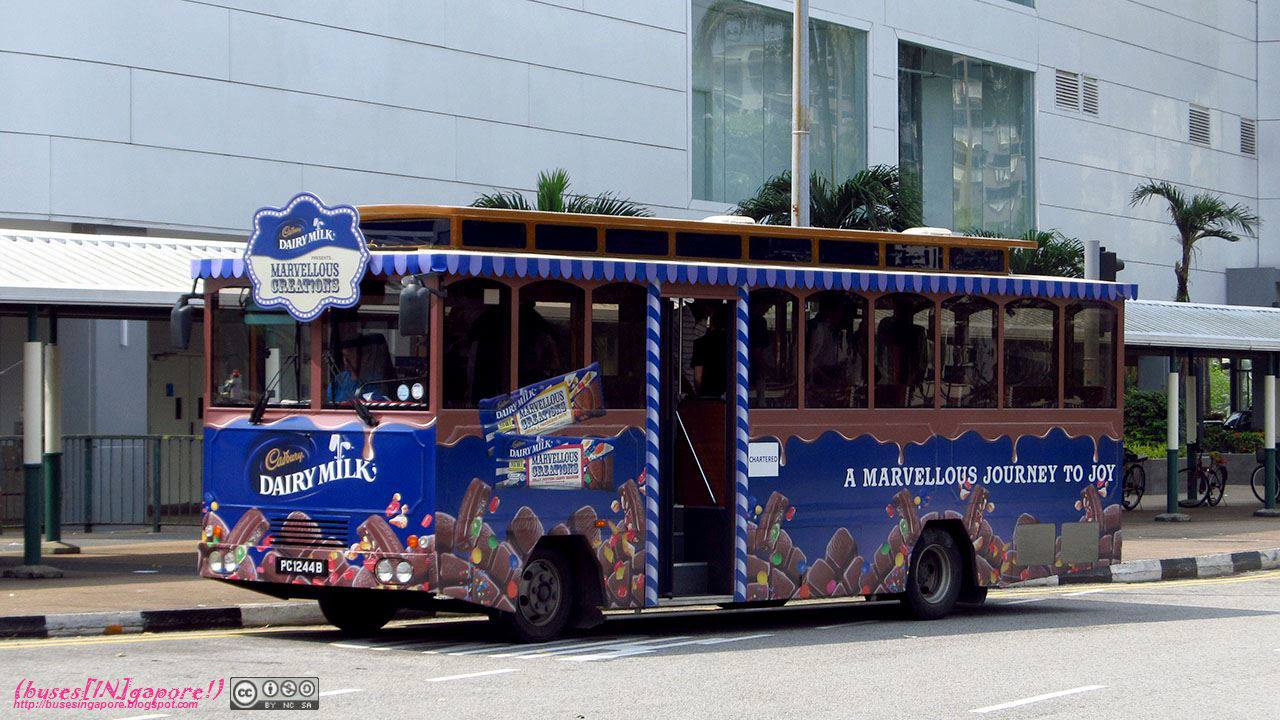 That same year, a white-brown variant of the bus was spotted at an outdoor car park along Thomson Road. 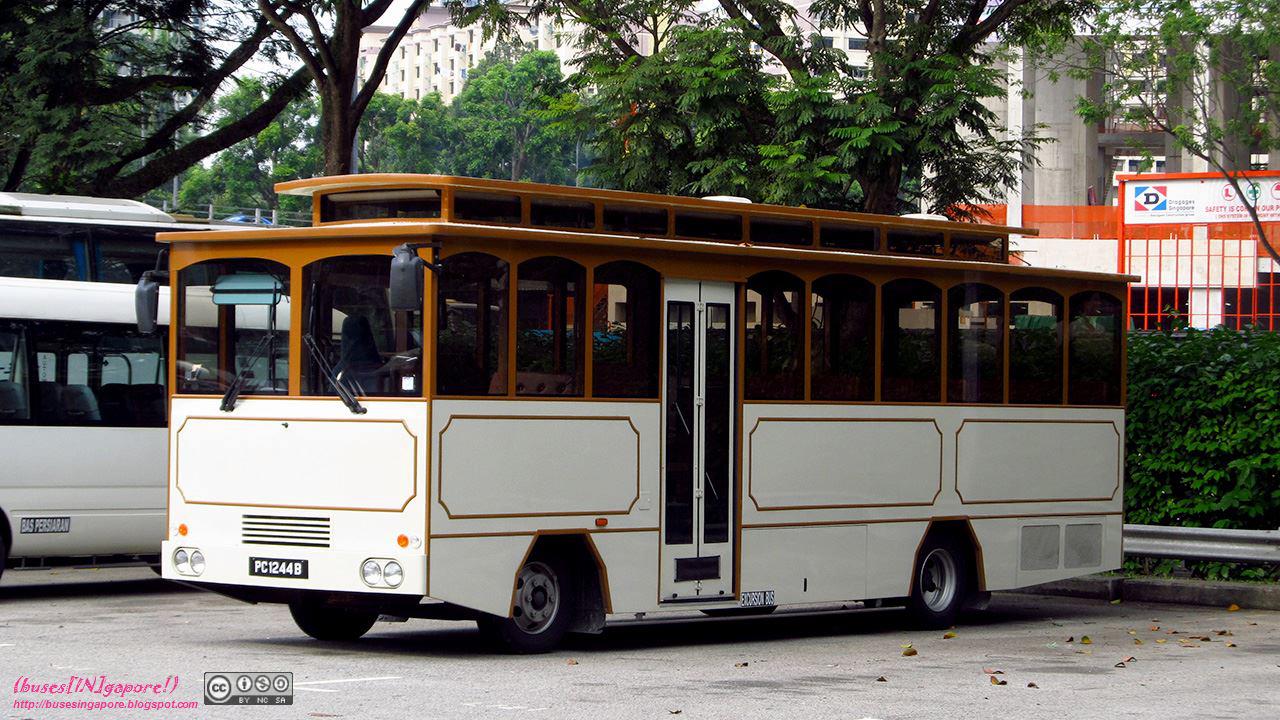 The police also apparently used the same bus model, sans the trolley bodywork, painted in their signature blue. Without the retro look, it almost passes off as a regular private bus. A similar model took on an edgier look for the Singapore Prison Service, which presumably used the bus to transport inmates. 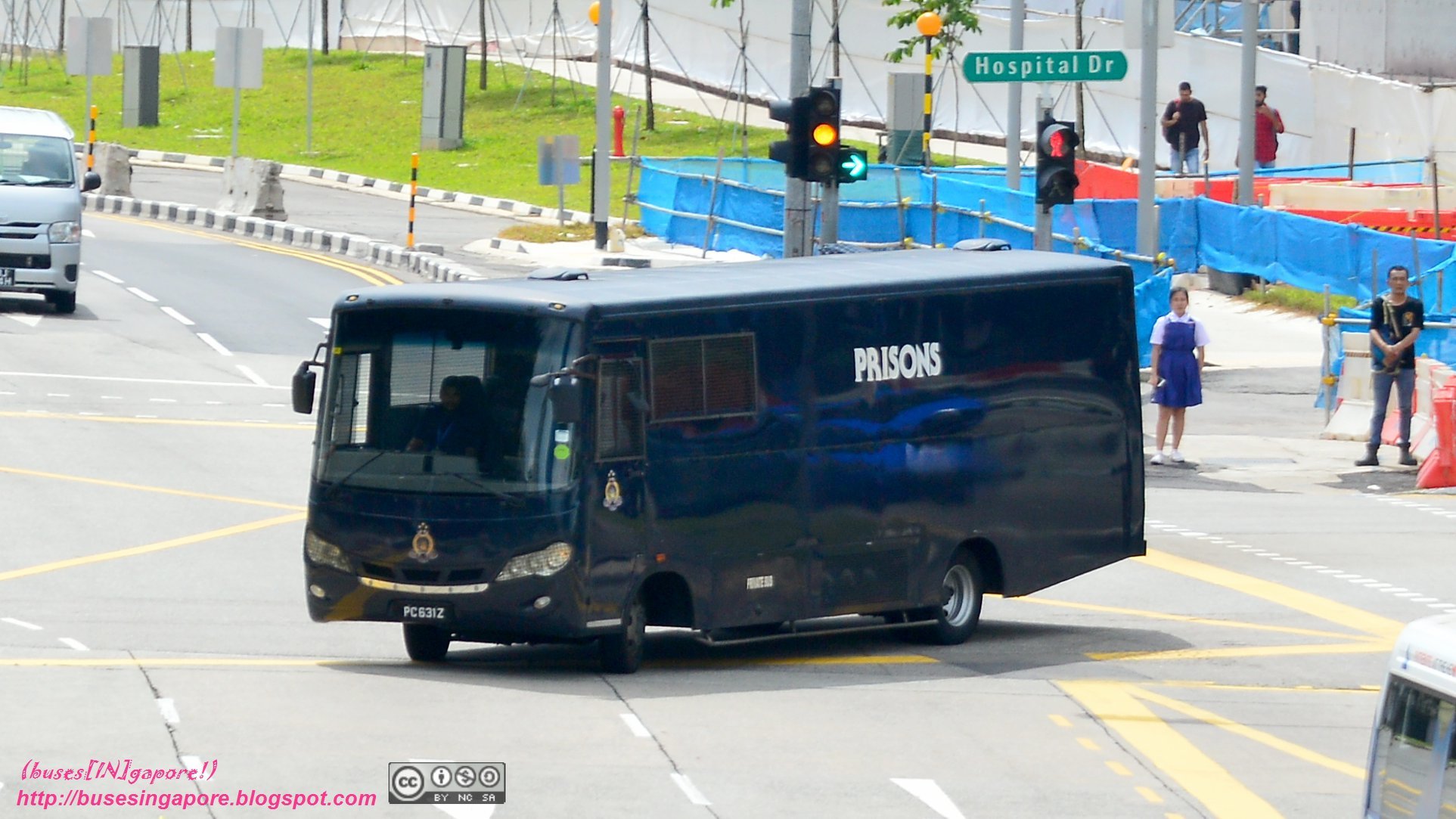 Retro buses have their appeal too

While newer buses offer convenience with a sleek look, we can’t deny that retro ones have their appeal too.

Not only do they seem like they’ve come from foreign lands, but they also add some character to our streets.

Have you seen old-school buses on our roads before? Share your encounters in the comments.

Featured image adapted from Reddit and Grant Cai on Unsplash.