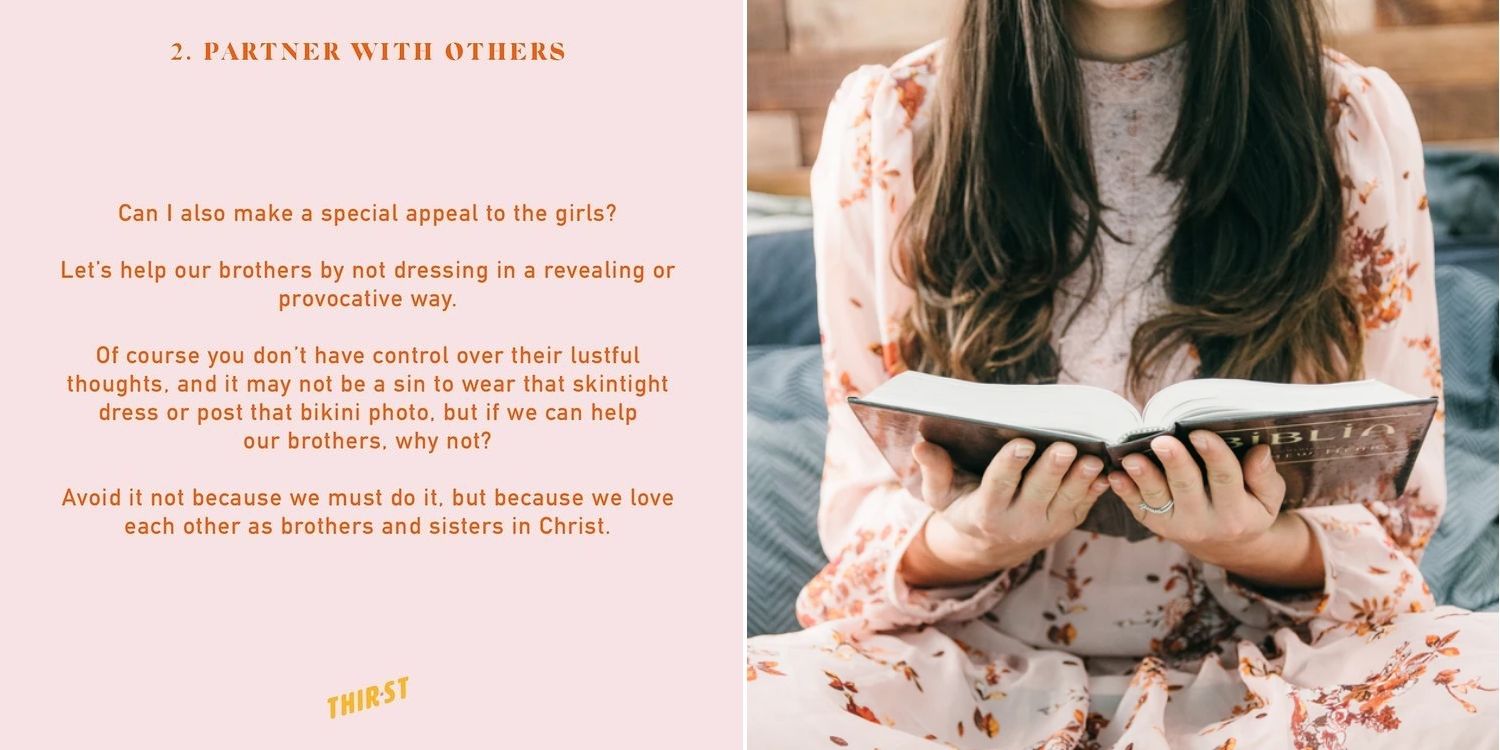 When it comes to serious topics like sexual assault, one would have to approach carefully, out of respect for the victims.

Unfortunately, a youth pastor in Singapore appears to have made a misstep, judging from reactions to her appeal for girls to dress modestly to prevent lust. 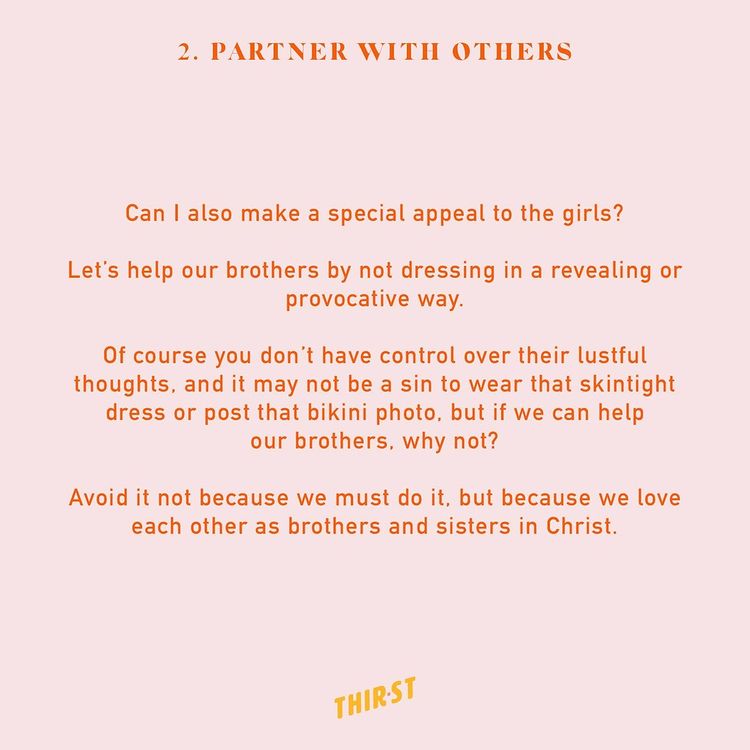 Her article, which was featured on Thir.st’s Instagram page, has since received disapproving responses from netizens.

Particularly, she addresses how defence, such as staying away from provocative content, “is not enough.” 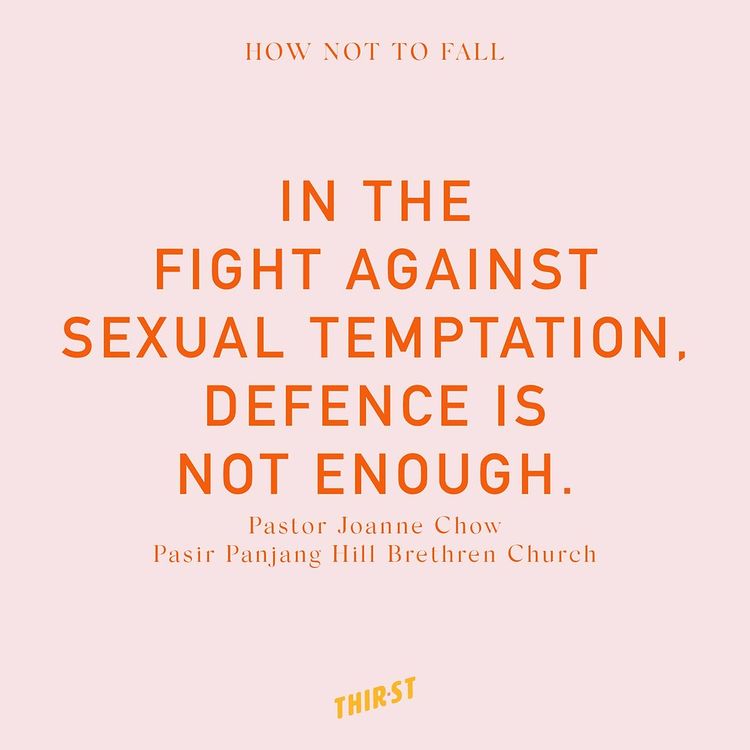 Hence, in a section encouraging the community to support each other, she makes an appeal for girls to dress modestly.

While she acknowledges that wearing revealing clothes isn’t sinful and that one has no control over someone else’s thoughts, she claims that dressing modestly will “help our brothers”.

She reinforces her point by saying that girls should do so “because we love each other as brothers and sisters in Christ.”

Netizens accuse pastor of pushing blame for lust onto victims

An Instagram user raises the point that advising girls to dress modestly is similar to blaming sexual assault victims for provoking the attacker’s lust. 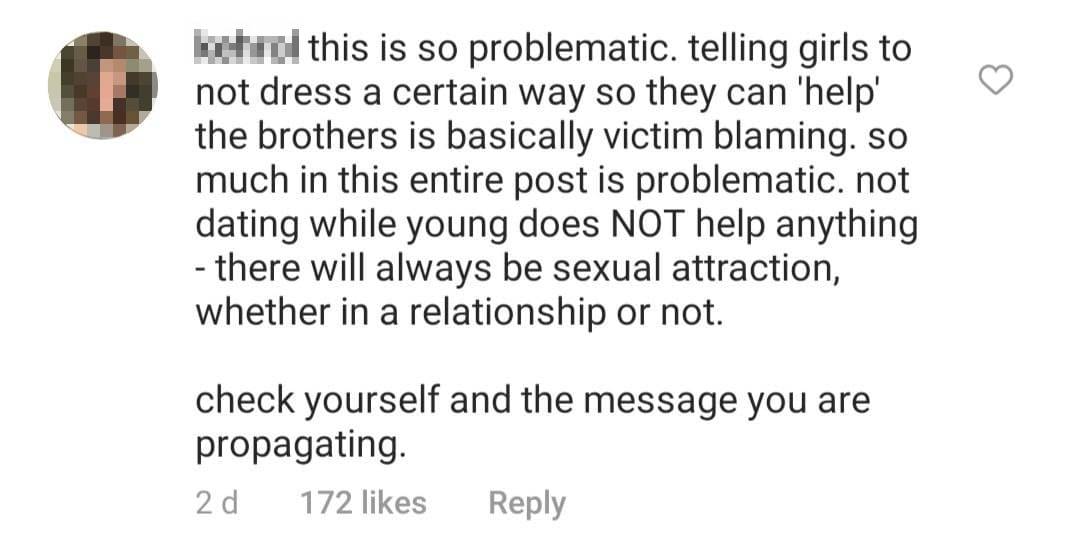 Another netizen who claims to know Pastor Chow, expresses her disappointment with the pastor’s views, which she describes to be “inherently sexist”. More notably, she finds that the responsibility to help men control their lust shouldn’t be placed on women.

As this user asserts, women should be able to freely express themselves in their dressing. Dressing provocatively does not equate to consent, period.

For this Christian who used to look up to this account for a source of daily inspiration, he is deeply troubled by the possibility that this post might misguide young and impressionable boys. 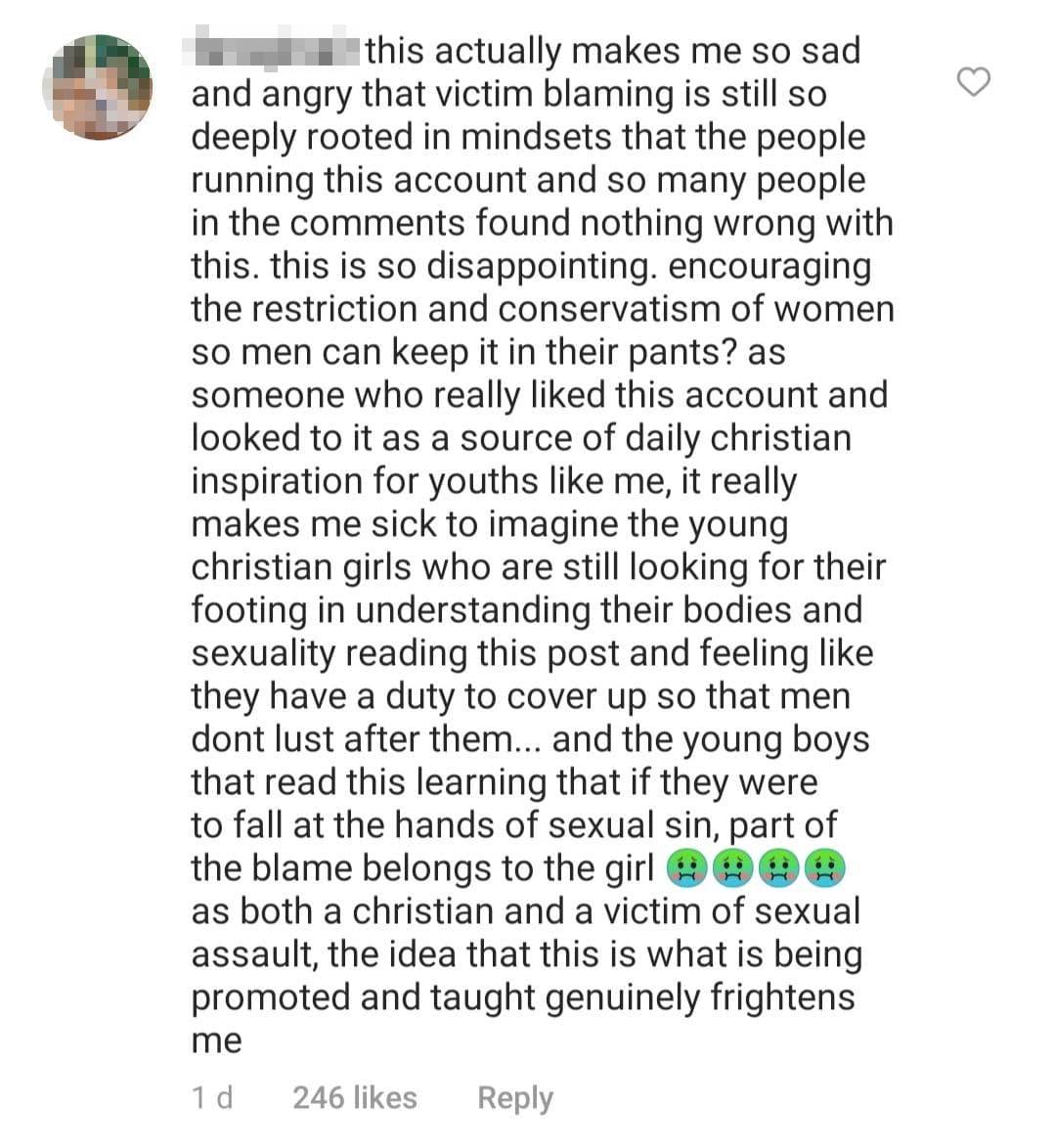 All in all, many express concern that Pastor Chow’s article might perpetuate problematic views.

In response to comments, Thir.st updated the post with a lengthy statement in defense of the article. 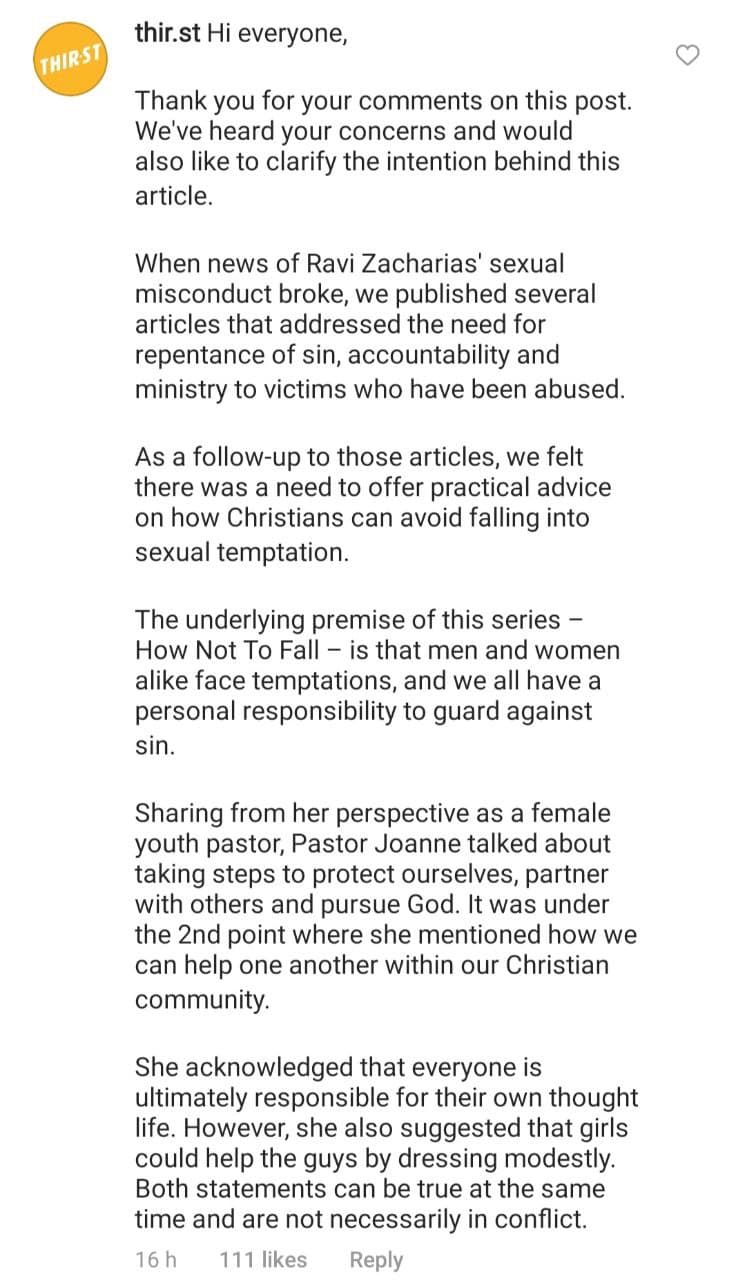 The media site maintains their stance that there is a need to offer practical advice to Christians on ways to avoid falling into sexual temptations.

They also explain that personal responsibility over one’s thoughts, as well as women dressing modestly, are separate factors. Therefore, they claim that the 2 don’t always clash.

MS News has reached out to Pastor Chow for comments, and will update the article accordingly.

Controlling temptations is a personal effort

Despite the attempt to recognise the fact that lustful thoughts are an individual’s personal discretion, the subsequent appeal for women to dress a certain way contradicts with this point.

More troublingly, it may come across as putting the onus on women to stop all men from forming such thoughts.

At the end of the day, regardless of what women choose to wear, responsibility lies with the men themselves to not act on their desires.

Rather than faulting any parties, let’s foster a more compassionate society which understands the concept of consent, and respecting women regardless of what they wear.

Note: The views expressed within this article are the author’s own, and separate from the opinions of those by netizens quoted from Instagram.