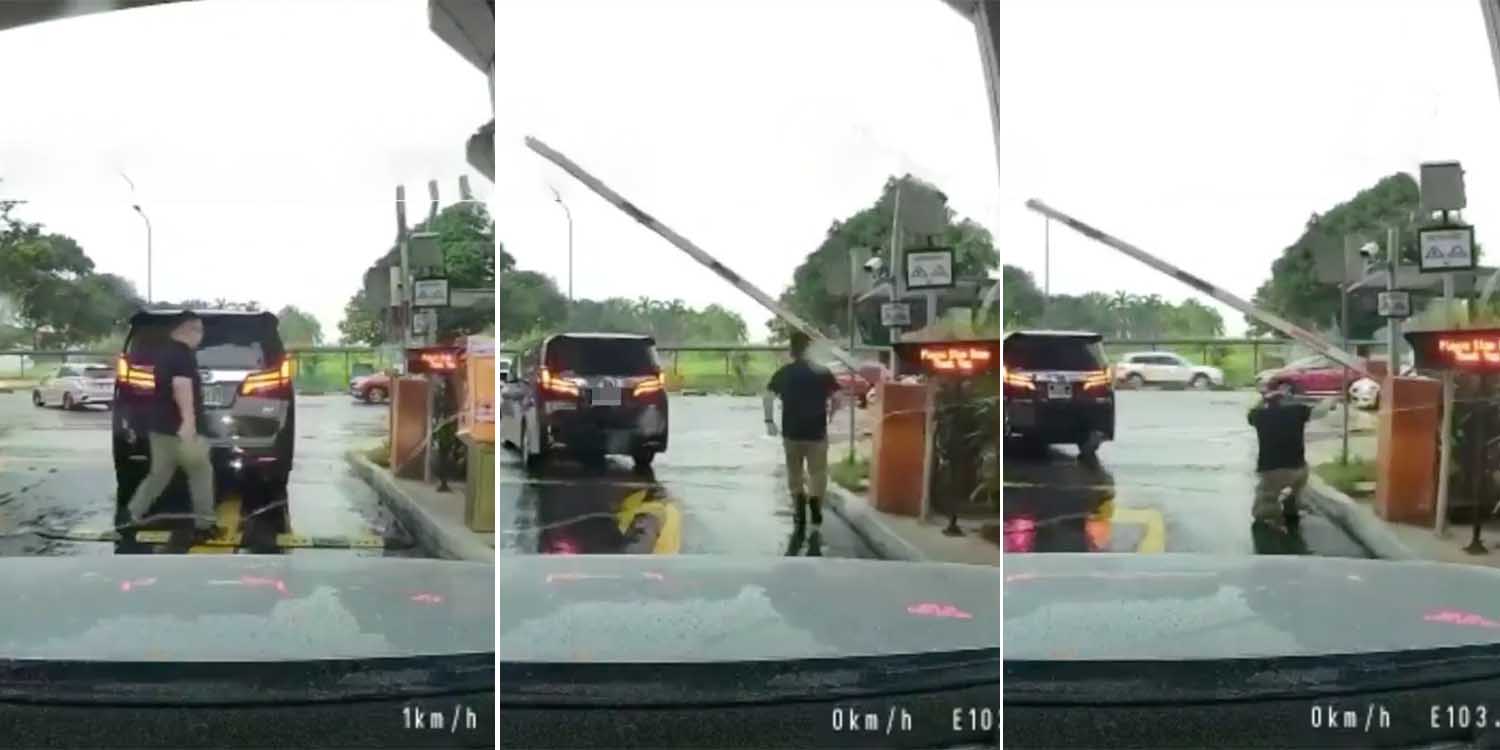 When crossing roads hurriedly, pedestrians can be absent-minded and become unaware of their surroundings.

Unfortunately, for one extra suay pedestrian, he was knocked on the head by a gantry arm when trying to cross the road at a carpark in Woodlands.

Upon watching the dashcam footage, many netizens found the incident hilarious, primarily due to the driver’s incessant laughter.

However, some pointed out that the impact was hard and hoped the man was all right.

In the video, the man, who was holding his phone, crossed the road from the left after waiting for the black vehicle to pass. 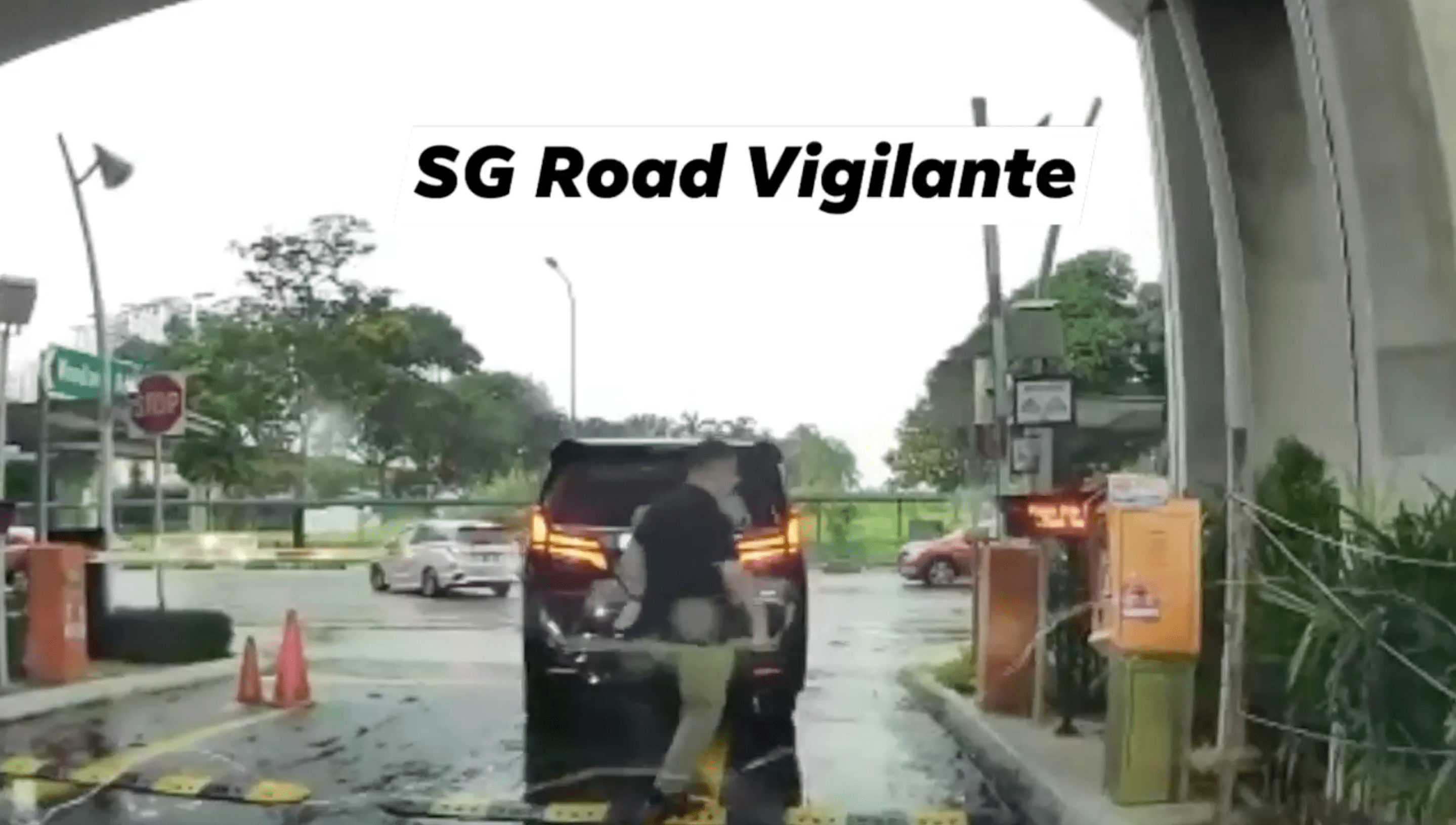 However, as he approached the other side, the gantry arm was also descending.

Not noticing this, the man continued walking and was struck on the top of his head by the gantry arm.

The impact caused him to fall to his knees. When he tried to pick himself up, he narrowly avoided getting hit a second time.

After regaining his bearings, he glances back over his shoulder as if to see if anyone caught the embarrassing moment. 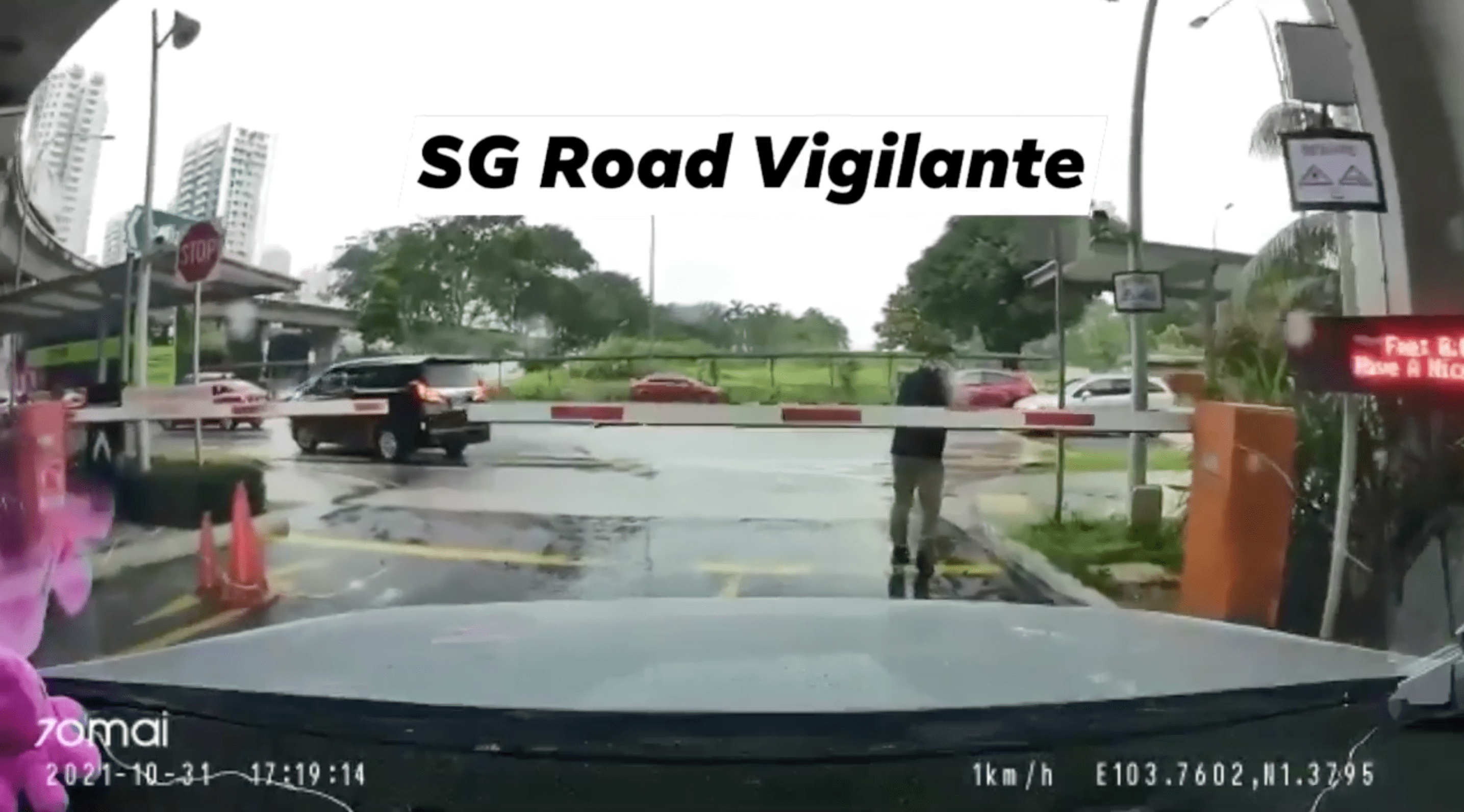 He then swiftly walks off, almost in a jog, while still on the phone.

From the moment the man was hit by the gantry arm, the car driver with the dashcam could be heard chuckling to himself.

As he turns out of the carpark, he burst out laughing.

The timestamp on the footage indicated that the incident occurred at around 5.19pm. The location is at the exit of Junction 10 carpark along Choa Chu Kang Road. Netizens say driver’s laughter is the funniest part of incident

Many netizens commented that the driver’s incessant and loud laughter was the funniest part.

Despite finding humour in the incident, some felt worried that the man may have suffered a hard hit and hoped he was all right.

This netizen also shared that this is a life lesson — even pedestrians shouldn’t tailgate cars.

Be vigilant and aware when crossing roads

Judging by how fast the man swiftly recovered from the impact, we hope he was not seriously hurt.

While the incident may be hilarious to some, it could also be a major safety concern as being hit on the head is dangerous.

So when you’re crossing the road, remember to look out for all potentially dangerous objects in your surroundings.