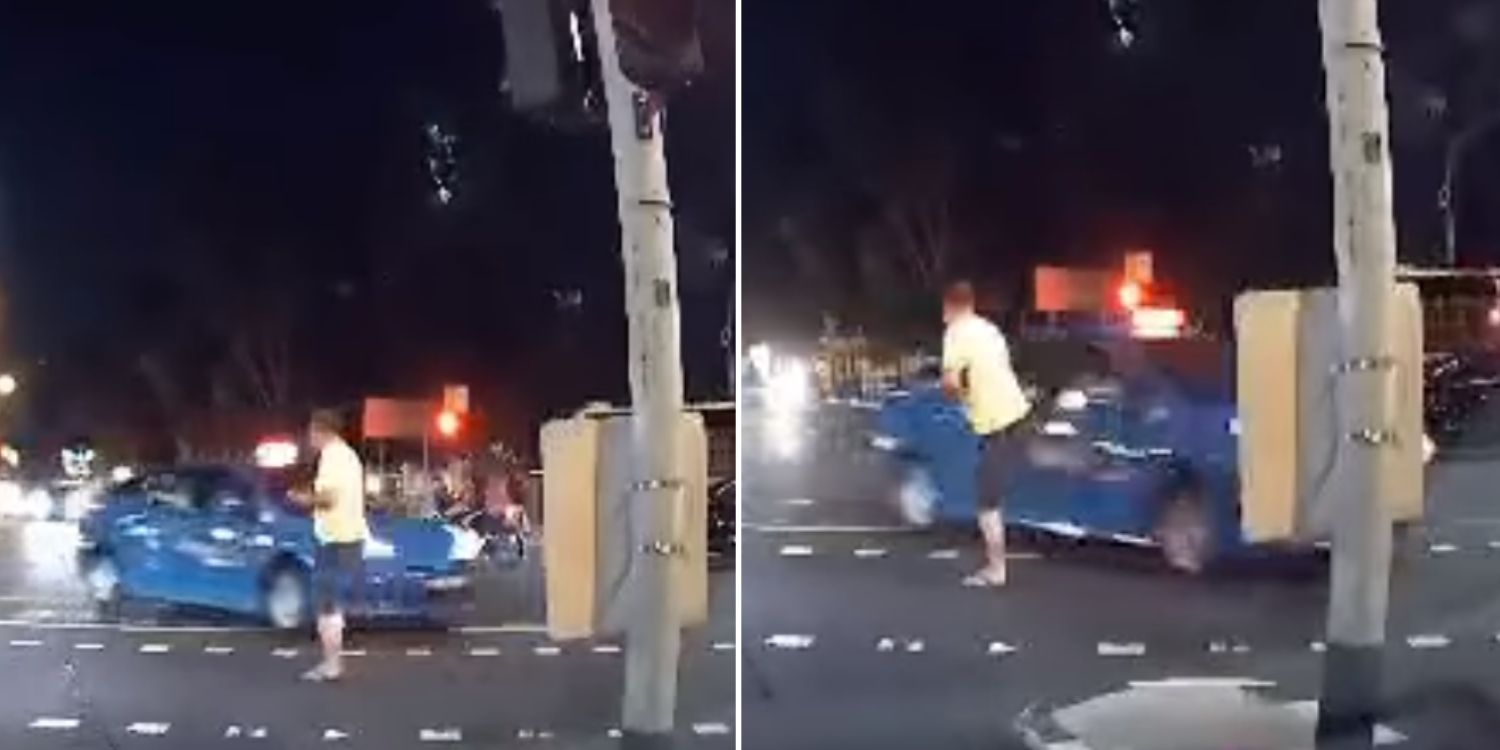 Discretionary right-turn junctions can be very dangerous for pedestrians.

When vehicles are allowed to turn, the onus is on drivers to watch out for pedestrians.

However, one man decided to take things into his own hands, or rather, legs, when a taxi drove dangerously close to him.

As the taxi narrowly misses him when turning, he kicks the vehicle on the side. 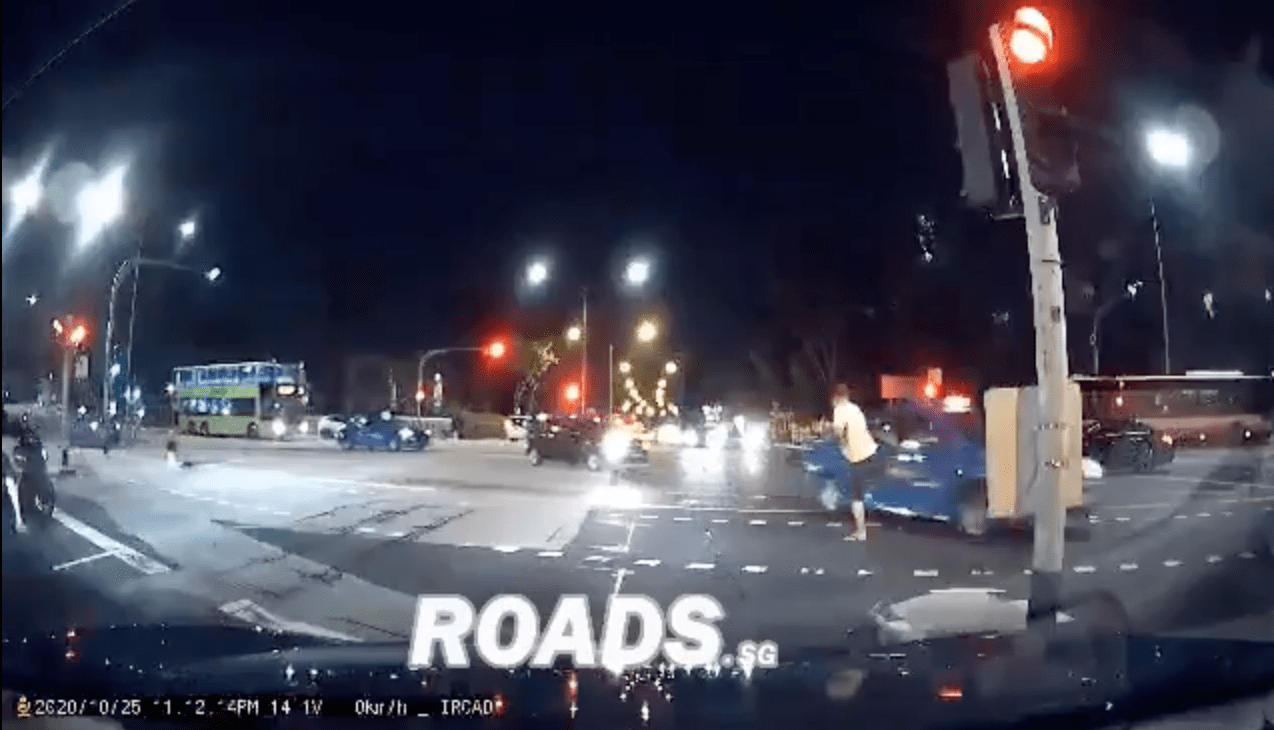 The man then nonchalantly walks away as if nothing happened.

On Monday (26 Sep), Facebook group ROADS.sg shared a video of an interesting encounter at a road junction.

The video starts off like any other ordinary scene on the road, at a pedestrian crossing.

A man in yellow is seen crossing the road cautiously after checking for oncoming vehicles. 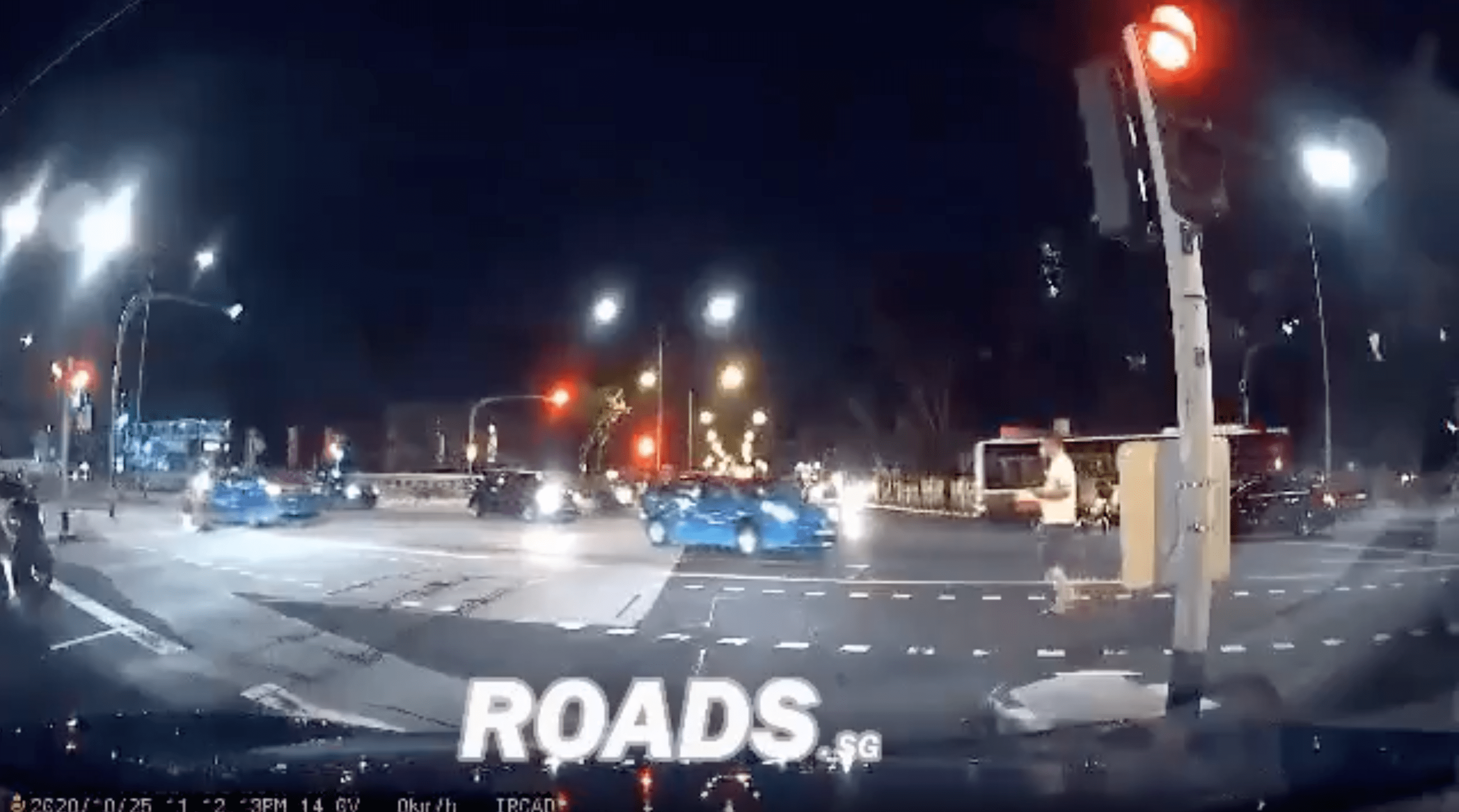 Traffic rules dictate that vehicles making a right turn at a junction must do so with due regard for the safety of pedestrians crossing the road.

However, one man’s opinion of what is a ‘safe distance’ might not be another’s.

Probably seeing the clear path ahead of him, a taxi driver proceeded to turn, moments after a pedestrian crossed the exact spot. 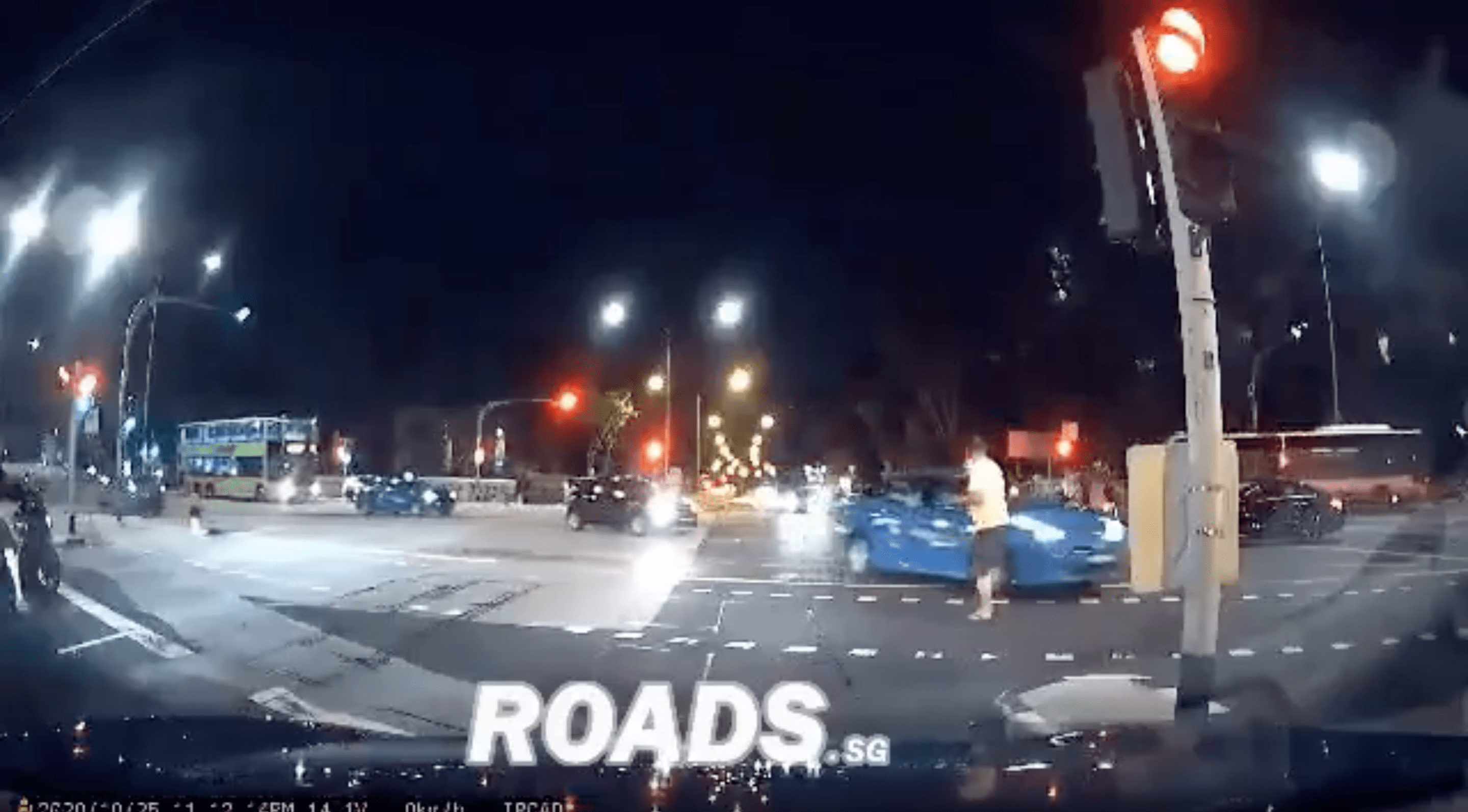 The driver made a clean break without so much as brushing against the pedestrian, but the man was not having any of it.

He immediately reacted, pausing just as the taxi drove past and delivering a flying kungfu kick to its side.

The kick was so strong it sent the man stumbling a few steps.

He then looked around to see if anyone witnessed what just happened.

Then, as if nothing ever happened, the man continued on his journey.

Netizens felt pedestrian was putting himself in danger

Many netizens voiced that the taxi was indeed in the wrong.

They felt that the taxi driver should’ve been more patient and waited for the man to cross a little further ahead.

Some shared that they had encountered similar experiences where drivers merely brushed past them in their hurry to turn.

However, some also echoed the thought that regardless of whether the taxi was in the wrong, kicking the moving vehicle was extremely dangerous.

This netizen thinks that the man should have still thought about his safety before kicking the taxi in the heat of the moment.

Crossing at junctions can be very dangerous for pedestrians.

Motorists should remember to be patient especially at crossings, while pedestrians have to remain alert at all times.

Let’s hope road users will heed this advice, so there won’t be a need for such humorous responses.