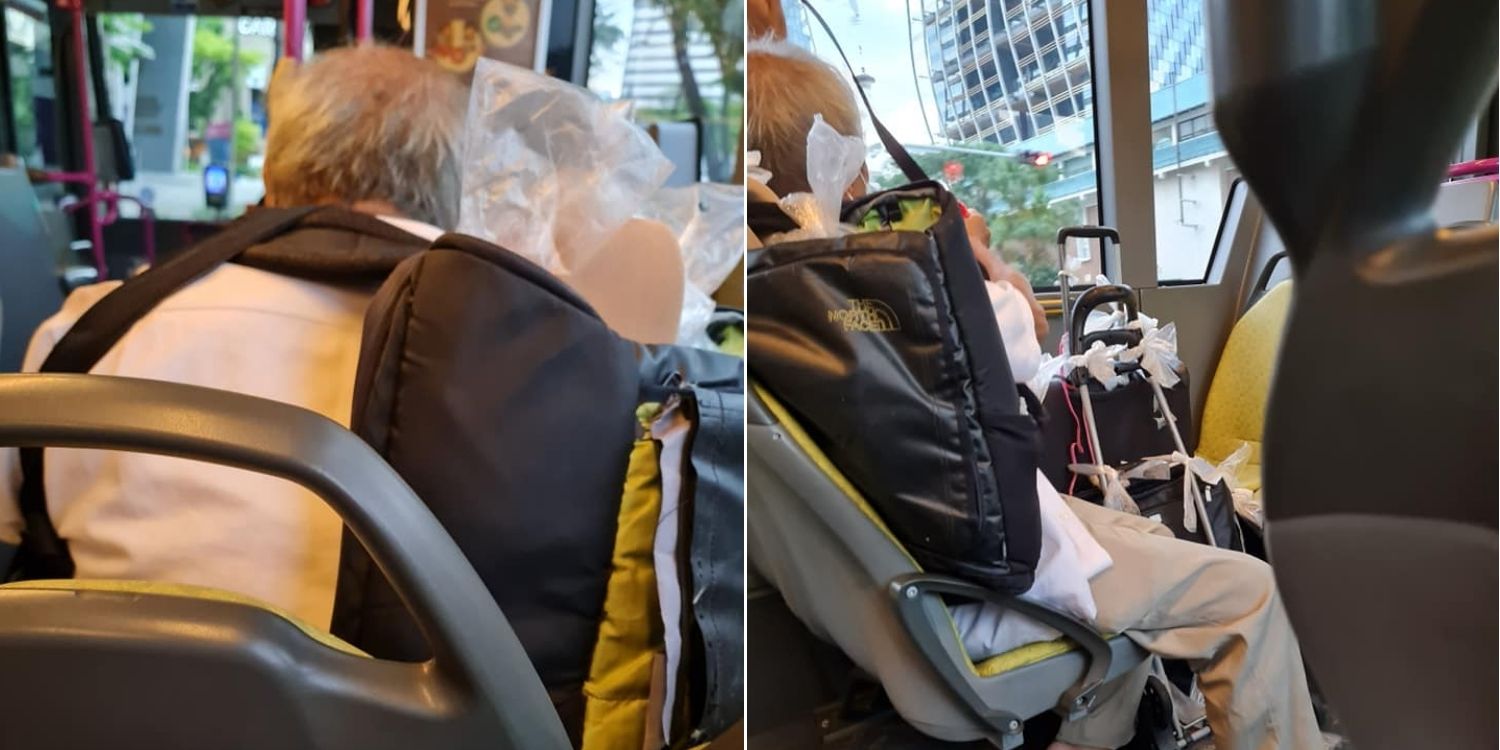 With the Covid-19 pandemic still a threat, wearing a mask when outdoors in Singapore remains mandatory.

While most of us are fortunate enough to be able to afford the necessity, some may not be as blessed. 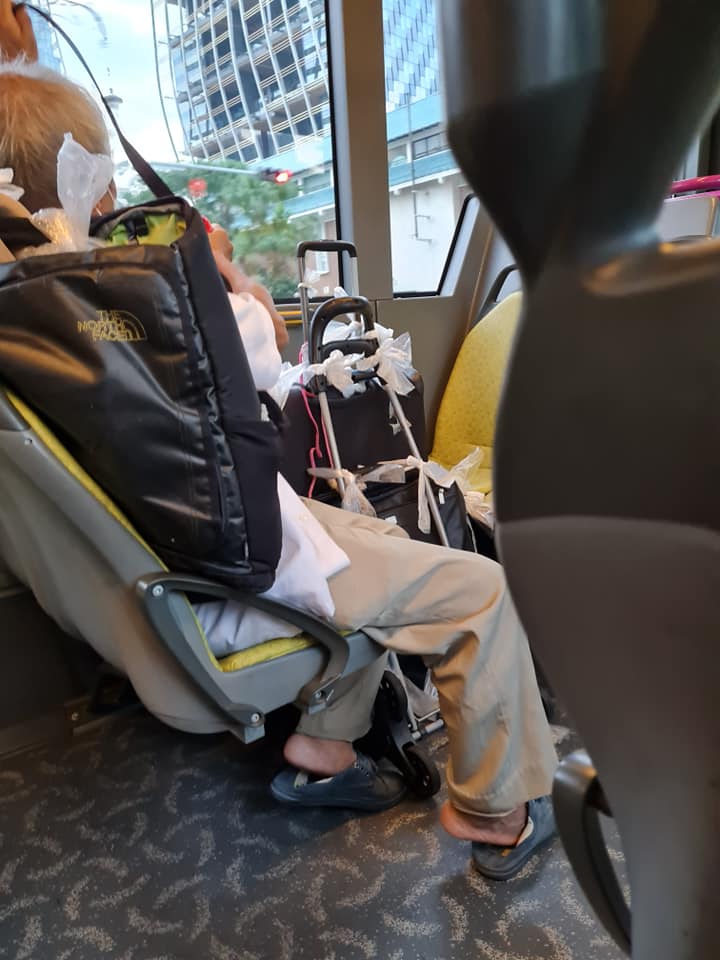 An elderly man a Facebook user spotted recently, for example, has been seen using a plastic bag as a mask on multiple occasions.

In a Facebook post on 16 Feb, Ms Marsita recounted her encounter with an old man whom she had seen in a disheartening state on SBS bus 36. According to her, this is not the first encounter she has had with him.

On both occasions, she saw that he was wearing a plastic bag over his mouth as a mask. 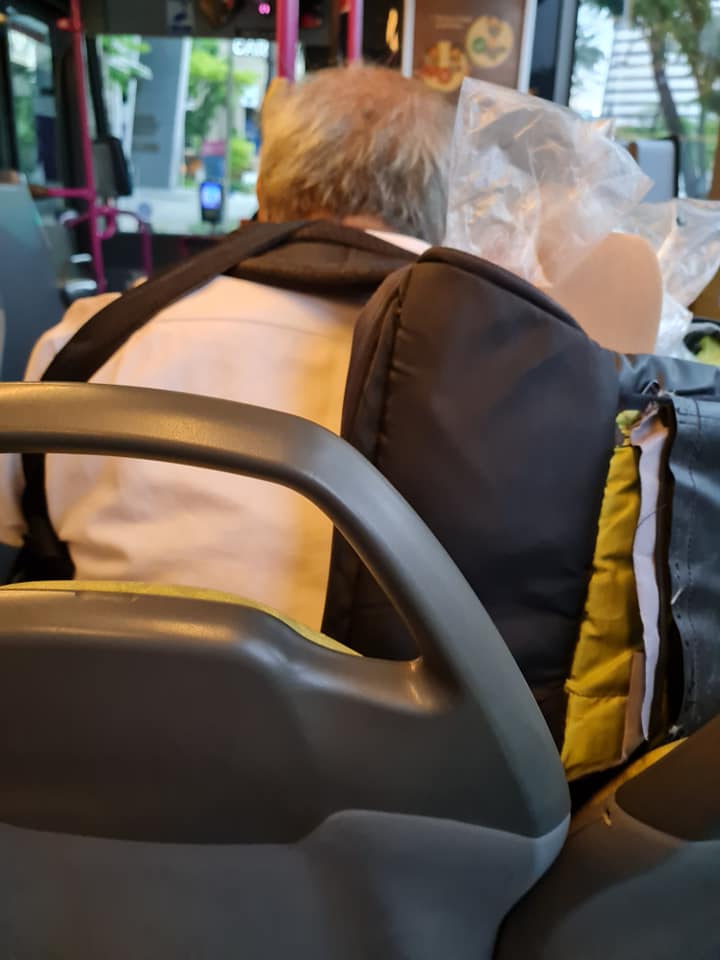 In her second run-in with him particularly, she noticed that the luggage and backpack he tows around were all in terrible condition. 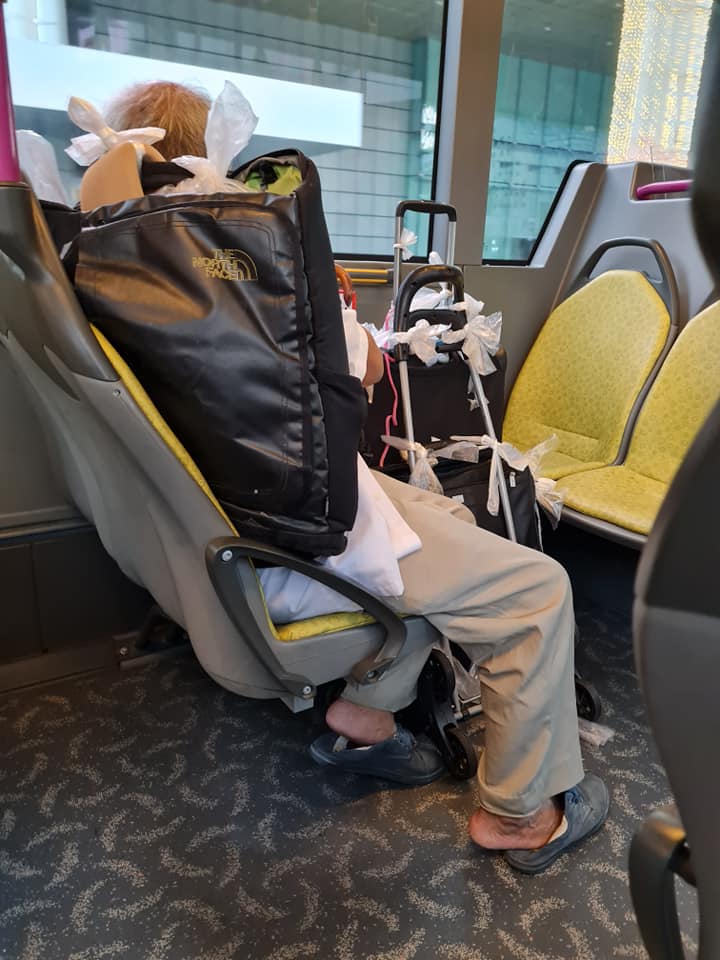 Plastic bags appeared to be tied in knots all over, as though holding his bags together from falling apart.

In her Facebook post, Ms Marsita mentioned that the elderly man had taken bus 36 from Dhoby Ghaut.

She was unable to provide more assistance as she was on her way to work.

But concerned for his welfare still, the kind lady hopes to provide him with the following items:

Since there was no way to identify him, she’s hoping for anyone who can recognise him to help her locate the man, so she can reach out.

Netizens chime in with info & interest to help

Over the past few days, many netizens have chimed in either with information or the intention to help with donations.

Like Ms Marsita, this user has also seen the man within the vicinity of Plaza Singapura, often in the morning.

An exchange between users show that he allegedly lives around Upper Thomson.

Meanwhile, another user spotted him alighting at Newton MRT on Monday (15 Feb).

Others who may not have seen him have expressed interest to help, assuring Ms Marsita that they’re following her post for updates.

Please keep a look out for him

Based on the information given by netizens, the elderly man seems to frequent the central area of Singapore.

Members of the public who are often in the area should thus keep a lookout for him and reach out to Ms Marsita via Facebook if you have any useful information.

Hopefully, the elderly man will be identified soon, so he can receive the help that kind strangers are so willing to offer.

Above all else, kudos to Ms Marsita for bringing light to this situation.