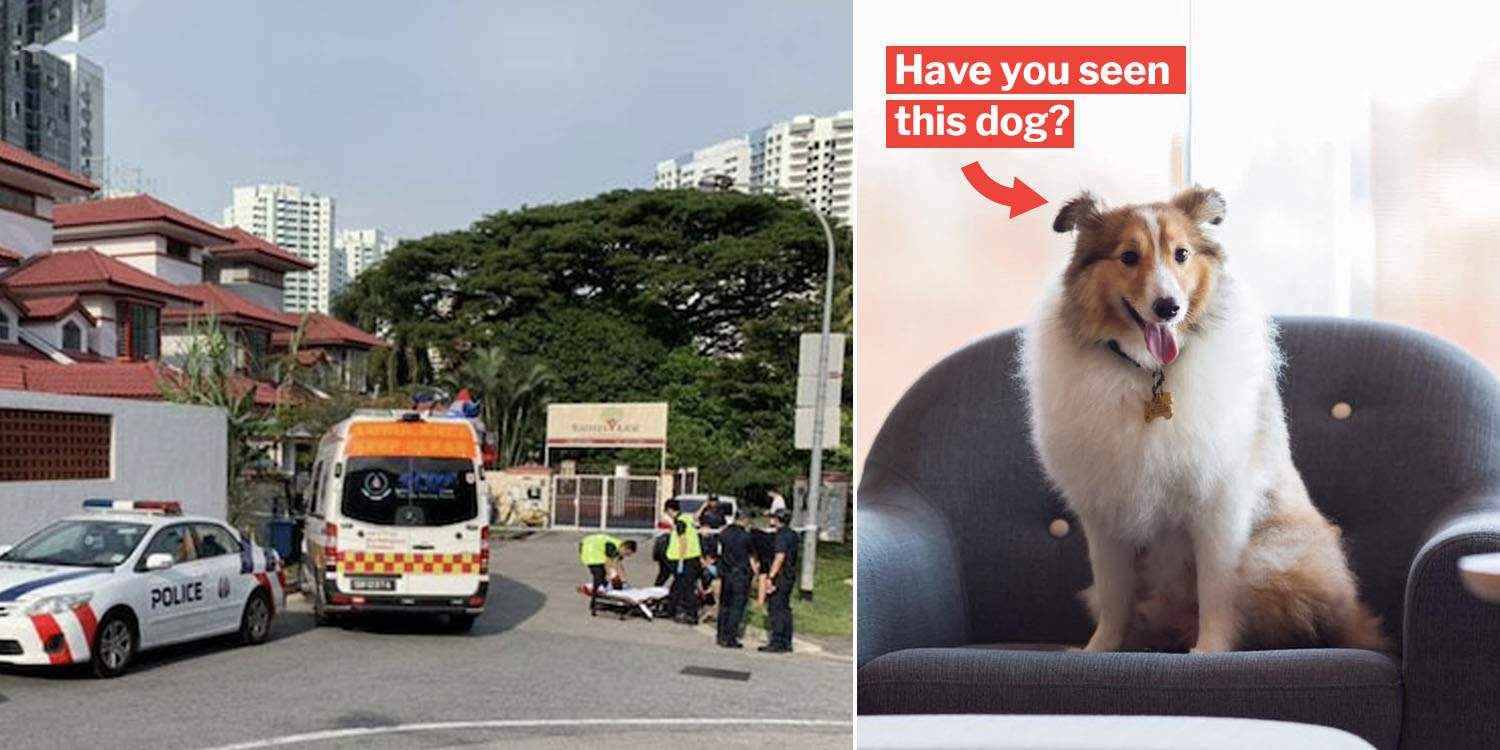 Elaine is searching for her Shetland Sheepdog, after 3 mysterious cremations were uncovered.

Update (7.00pm): Elaine, the owner of Prince – a Shetland Sheepdog – is still locating her missing canine after he allegedly escaped during an AVA raid on Platinium Dogs Club. Find out how you can help with the search efforts here.

On Friday (28 Dec) MS News reported that Platinium Dogs Club – a local dog boarding service – led to the sickness and distress of 4 dogs and the alleged death of another.

Since then, the AVA and police have been involved in investigations into the seedy practices of the beleaguered ‘dogs club’.

Owner gets involved in accident

On Wednesday (3 Jan), a netizen claimed that ‘Rachel’ – who represented the club in the previous cases – attempted to leave the boarding house at Galistan Avenue.

As she was leaving, her driver hit a 40-year old man in the area.

The police and ambulance blocked off the scene and sent the victim to the hospital. 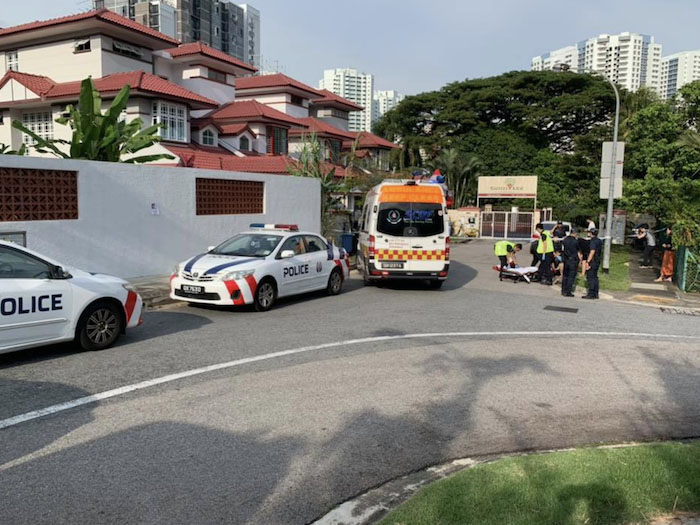 A police statement from Channel NewsAsia mentions that the man was sent to Ng Teng Fong General Hospital “in a conscious state”. 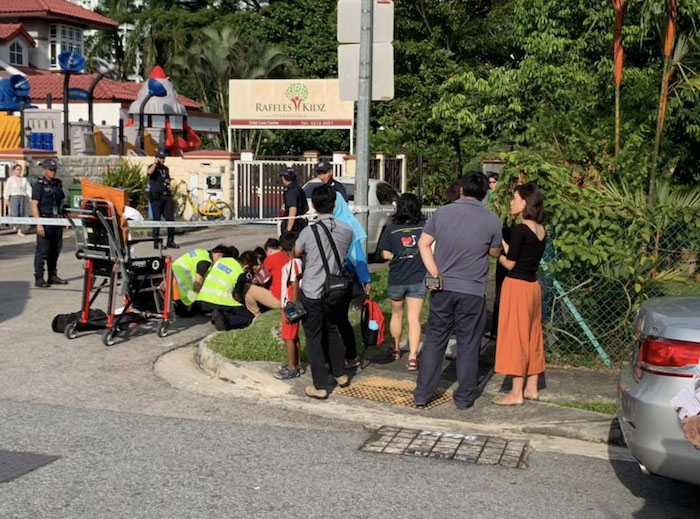 Since the infamous boarding place has gone viral, concerned neighbors complained that many dogs were barking inside the house and officials quickly responded.

On Saturday (29 Dec), The Straits Times reported that AVA officials raided the house and took custody of 18 dogs and a rabbit.

We have been contacting owners… and some of the dogs have been reunited with (them).

A netizen also got in touch with a cremation company and found that 3 dogs were collected. 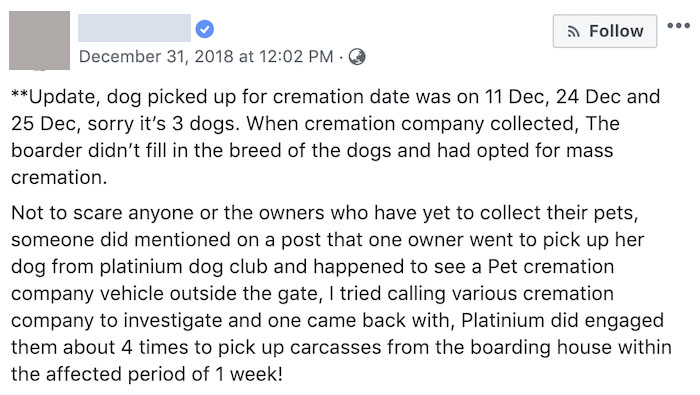 The owners of the dead dogs were not revealed, and some are still waiting for news regarding their dog’s fate.

One of these owners is Elaine, who claimed that her Shetland Sheepdog was not among the 18 dogs found in the raid.

On Wednesday (2 Jan), she visited the boarding house to confront Rachel and receive closure.

In a video, she is seen protesting outside the house and asking for her missing dog — Prince.

Another video reveals that Elaine eventually got the opportunity to meet the alleged woman behind her dog’s death. She begged for some information regarding Prince’s whereabouts, but was ignored.

She has since started a Change.org petition and called for stiffer punishment against animal abuses in Singapore.

This petition is created to seek justice for those voiceless furry kids who can’t speak for themselves nor tell us what happened inside facility and how much they have suffered.

There you have it, a car accident, more reported deaths and animal abuses.

Fortunately, AVA’s efforts led to the rescue of 18 dogs and a rabbit from the boarding house’s premises.

As of now, we’re still waiting for the results of the investigation regarding all these cases, so stay tuned for more updates.

We hope that the 18 dogs and the rabbit have a successful recovery and MS News extends our heartfelt condolences to the owners of the 3 pets.

We also hope that Elaine’s family can learn her pet’s fate and seek any compensation or legal recourse for those involved in the incident. If you have any information regarding Prince, please contact these numbers.