Social media teams had a field day recently when celebrities rocked up to the 2021 edition of the Met Gala dressed to the nines. The countless memes that came from the different looks on that night made for a good chuckle.

Getting in on the fun, the social media team at Paya Lebar Quarter (PLQ) Mall recreated one of the most eye-catching getups from the event – Kim Kardashian’s all-black look – with items that could be found from the stores in the mall. 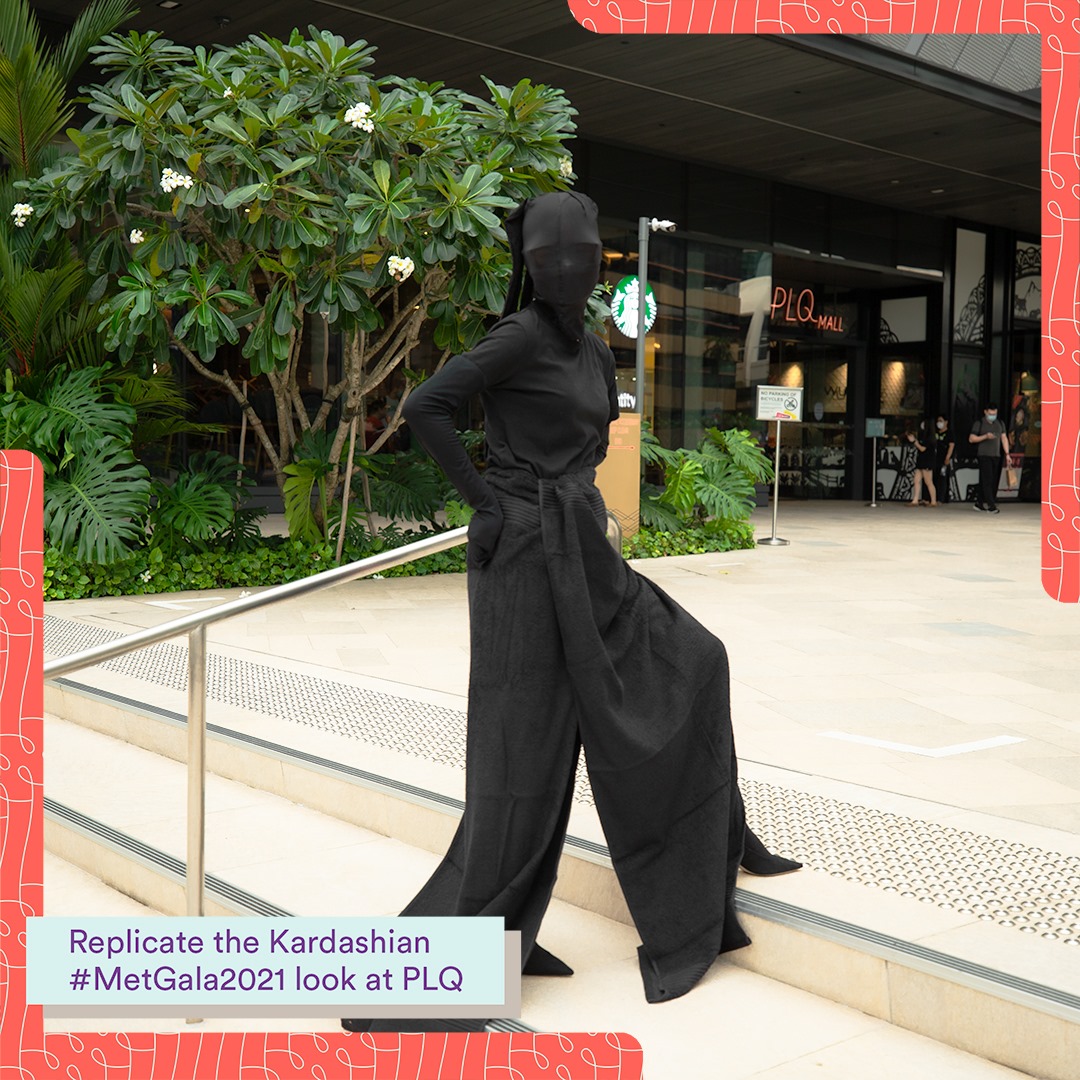 Not only did they nail the look, the model even struck a pose reminiscent of the celebrity.

While the remake was not 100% accurate, it sure is a great rendition of the now infamous Balenciaga bodysuit.

The remade outfit consists of items from Uniqlo, H&M, and Home’s Harmony Singapore.

Covering oneself up in this manner would be difficult for most but with Uniqulo’s mesh arm covers, they managed to make do without breaking the bank. 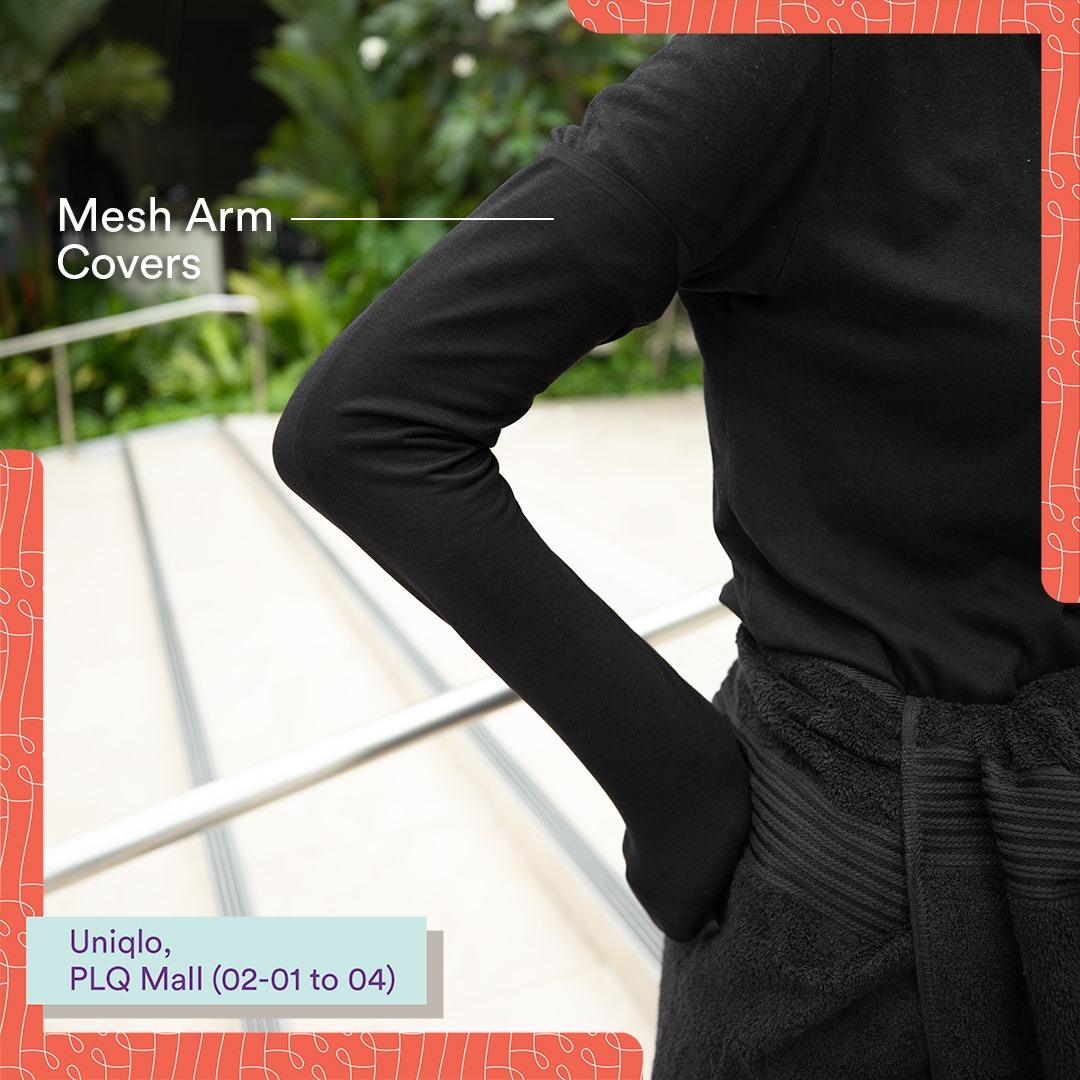 Their commitment to replicating the face cover led the social media team at PLQ Mall to use tights from H&M. 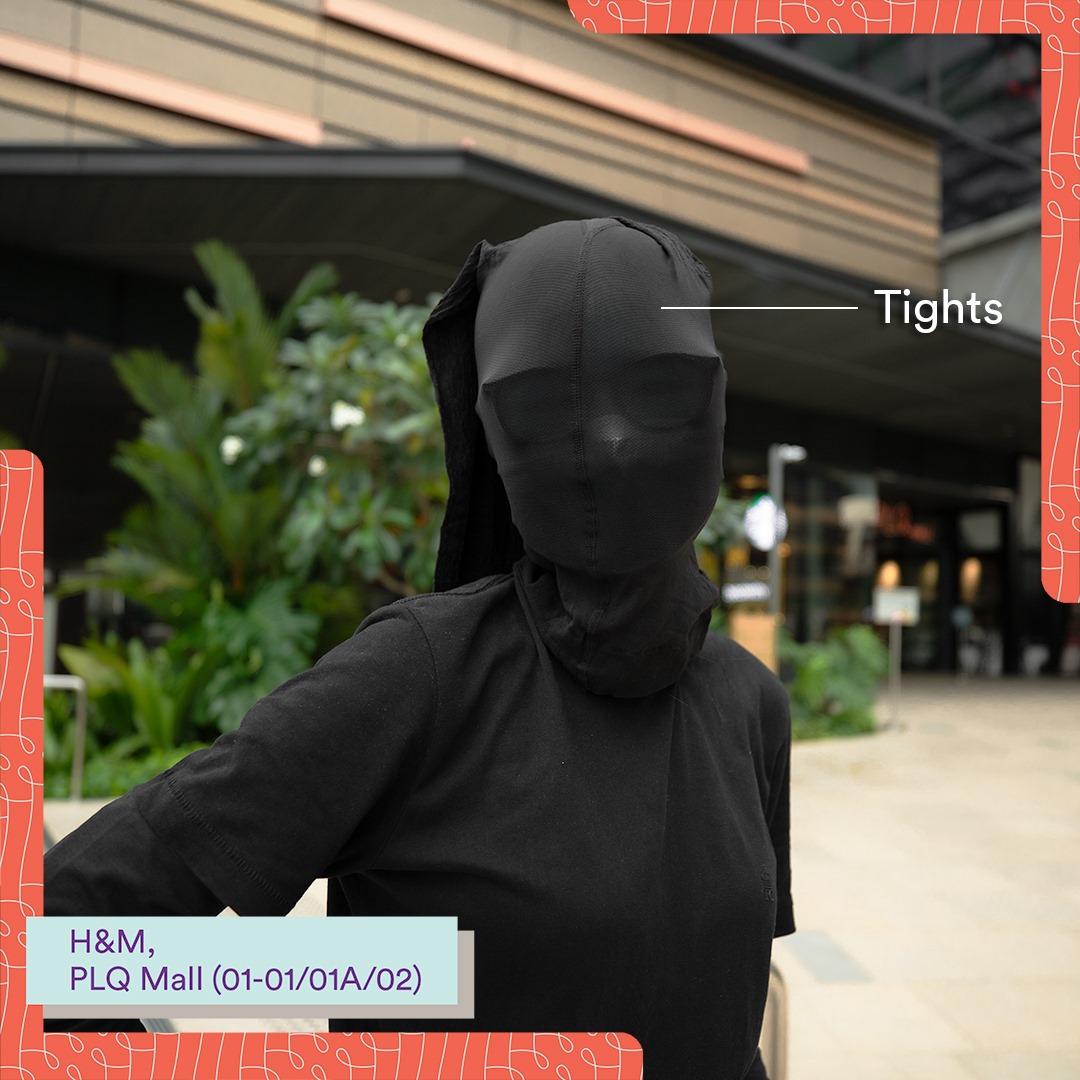 Their out-of-the-box thinking also inspired them to use bath towels from Home’s Harmony as a skirt. 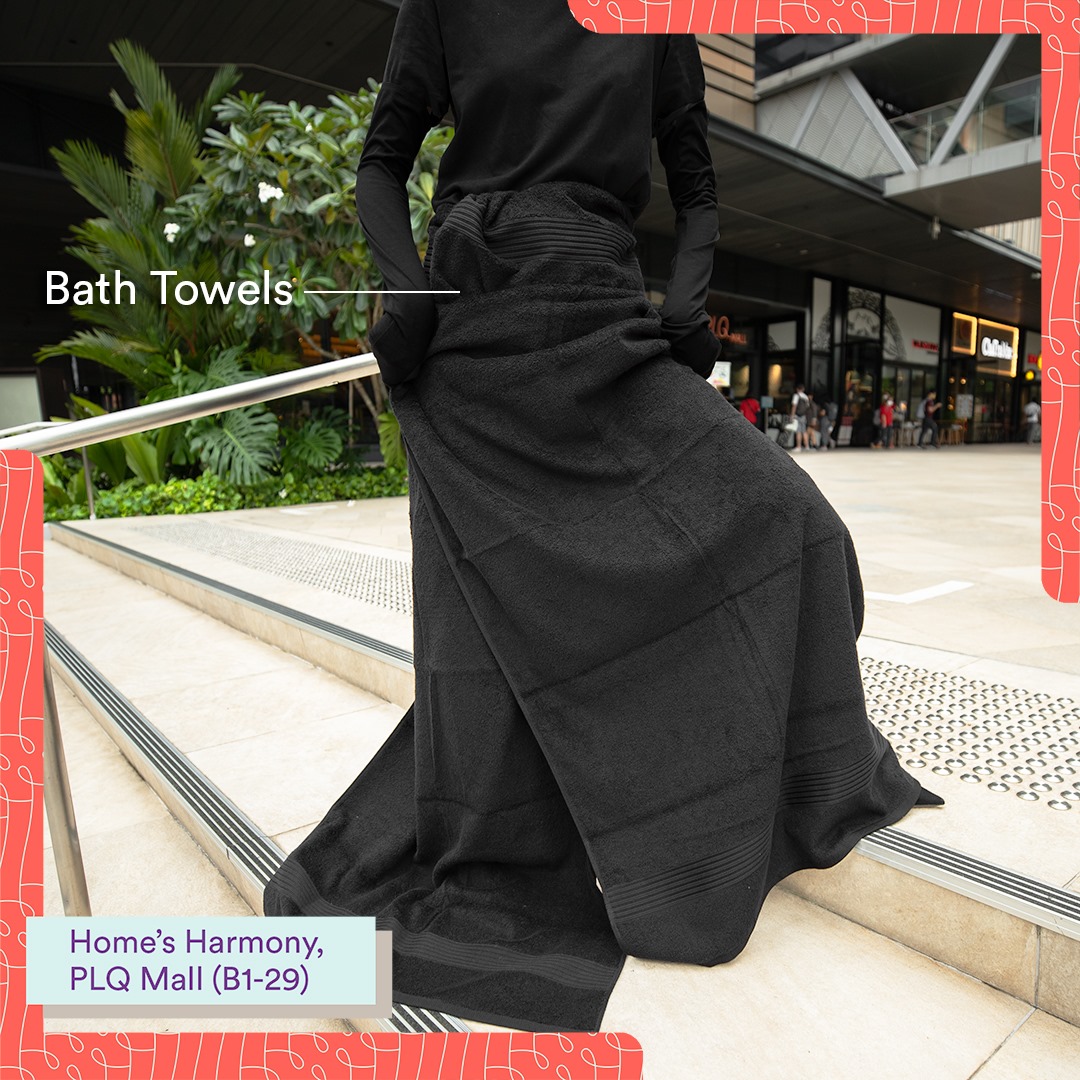 In search of the perfect footwear to complete the look, they even grabbed a pair of oversized heels from H&M. 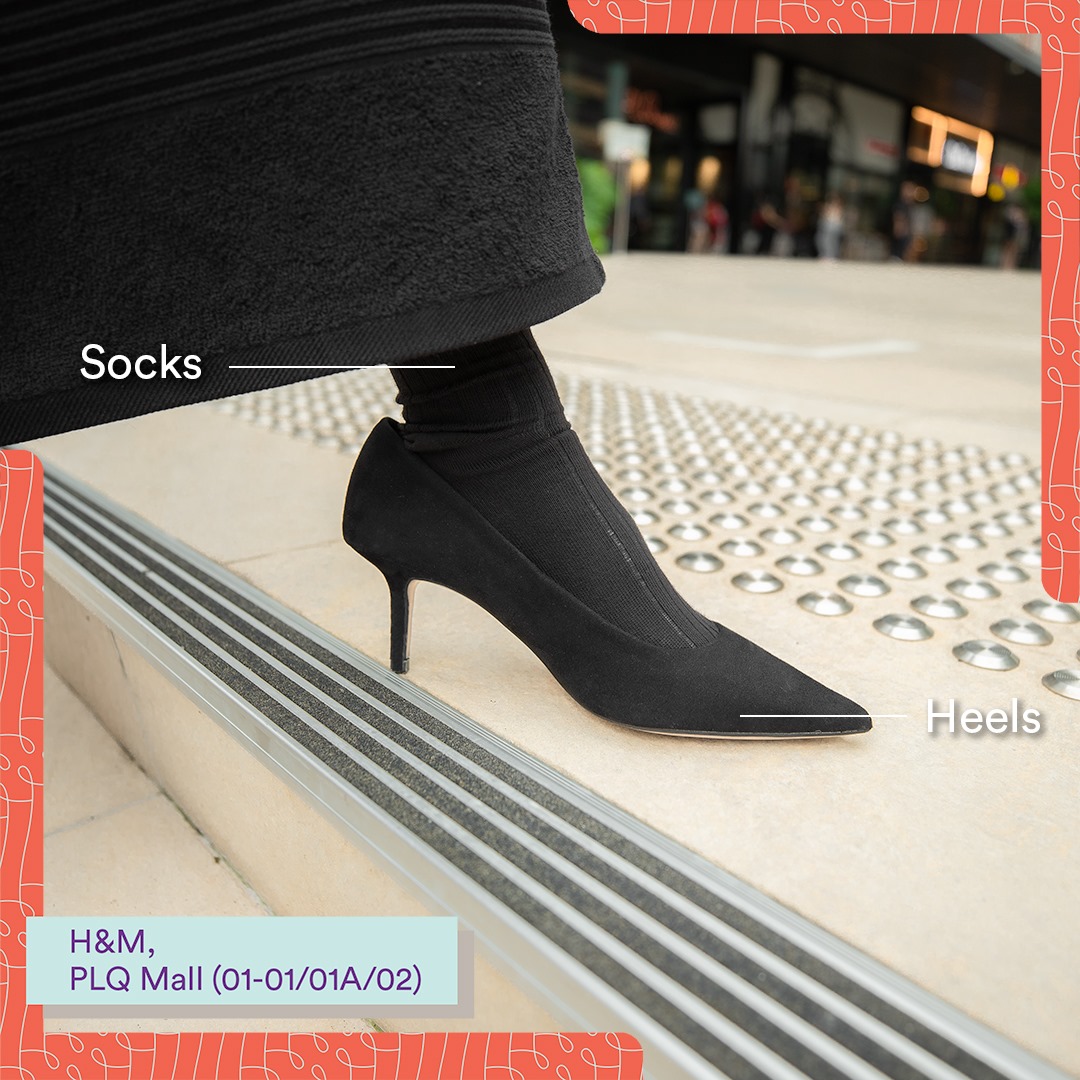 Although the mish-mash of items would look ridiculous out of context, we think they got Kim K’s look down to a tee.

The get-up has taken the Internet by storm and for good reason. Its ridiculousness coupled with Kim Kardashian’s confidence made itself a good target for memes.

Kudos to the social media team at PLQ Mall for jumping on the bandwagon and coming up with the whole look using items from their stores.

Who knew all those years of keeping up with the Kardashians would pay off in your job?