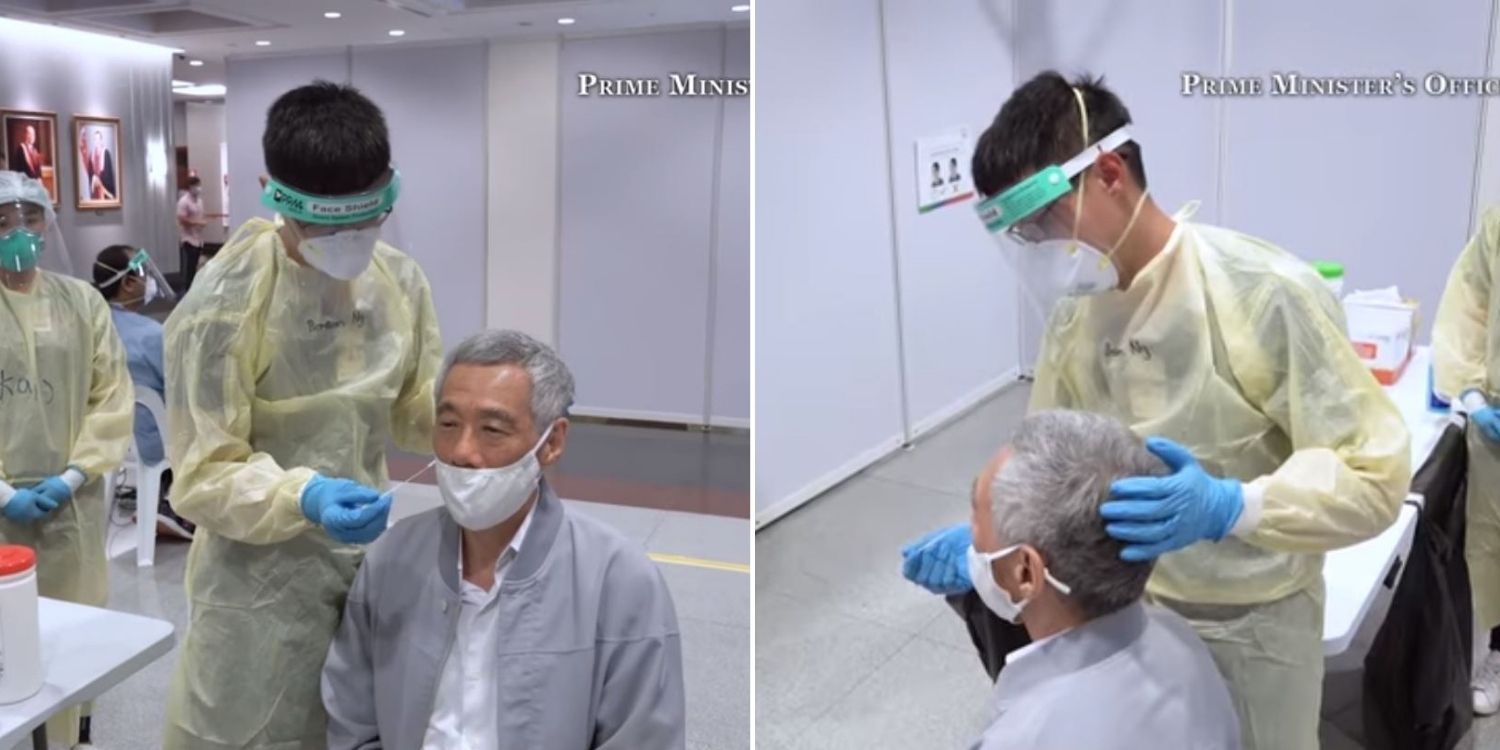 For Singaporeans to live their lives as close to normal as possible amid the pandemic, we must make full use of the all the medical resources available to us.

Thus, Covid-19 tests before events that require the gathering of people will be necessary to protect all participants from infectious cases.

Our MPs aren’t spared from testing when they attend Parliament either. Prime Minister Lee Hsien Loong himself demonstrated this when he took a Covid-19 test before entering the chamber. 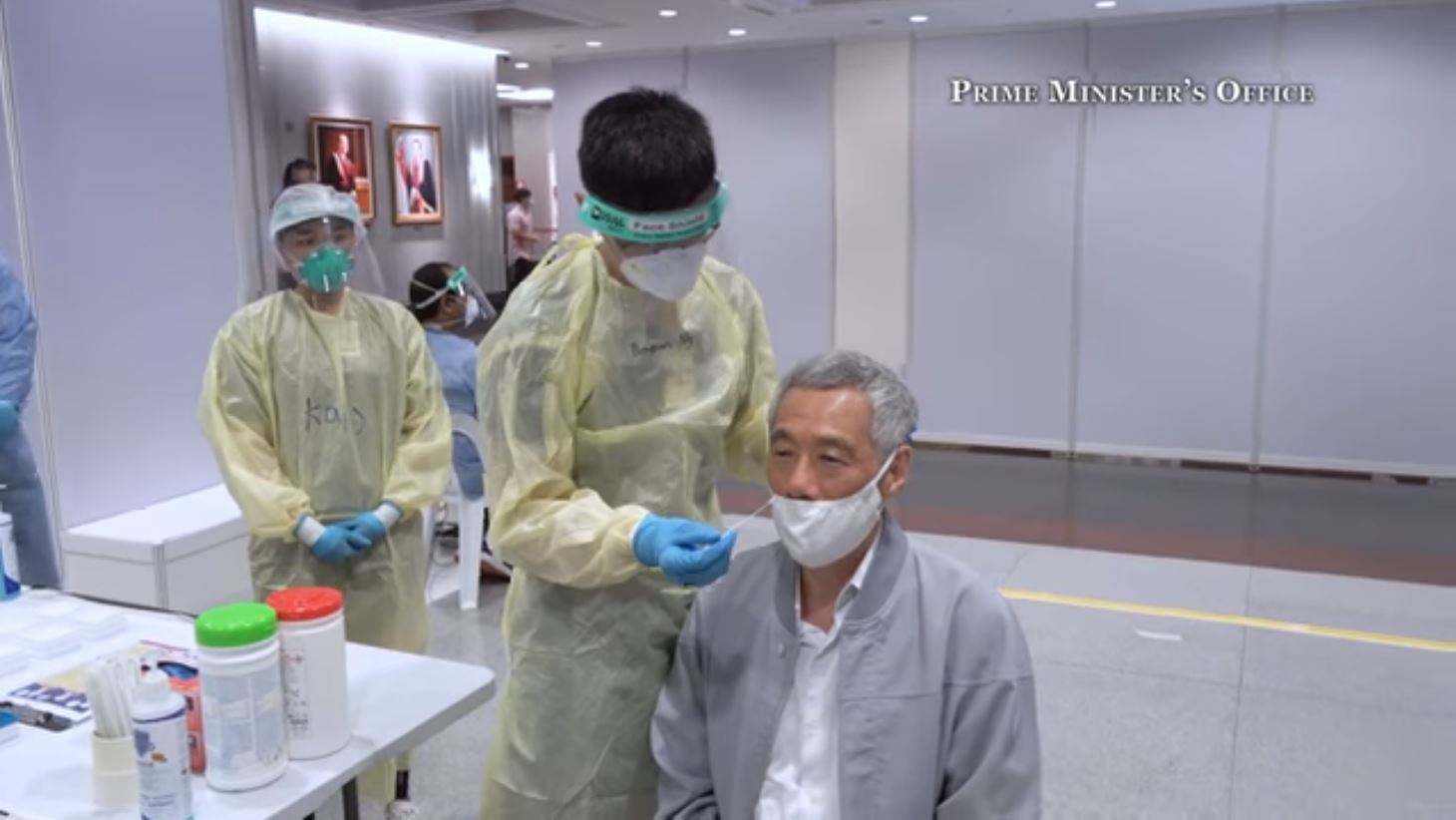 In the video of his test posted to his Facebook page, Mr Lee said it was quick and painless. 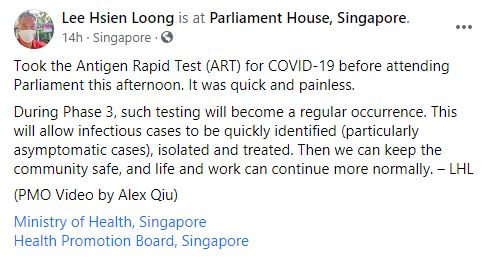 In the video posted on Tuesday (5 Jan), taken before PM Lee attended Parliament, he can be seen being briefed by a healthcare personnel before the test. If the young healthcare worker was nervous at having to swab the PM, he didn’t show it, as he calmly passed Mr Lee a piece of tissue paper for later.

He then showed him the Antigen Rapid Test (ART) – the results of which can be out in 30 minutes. 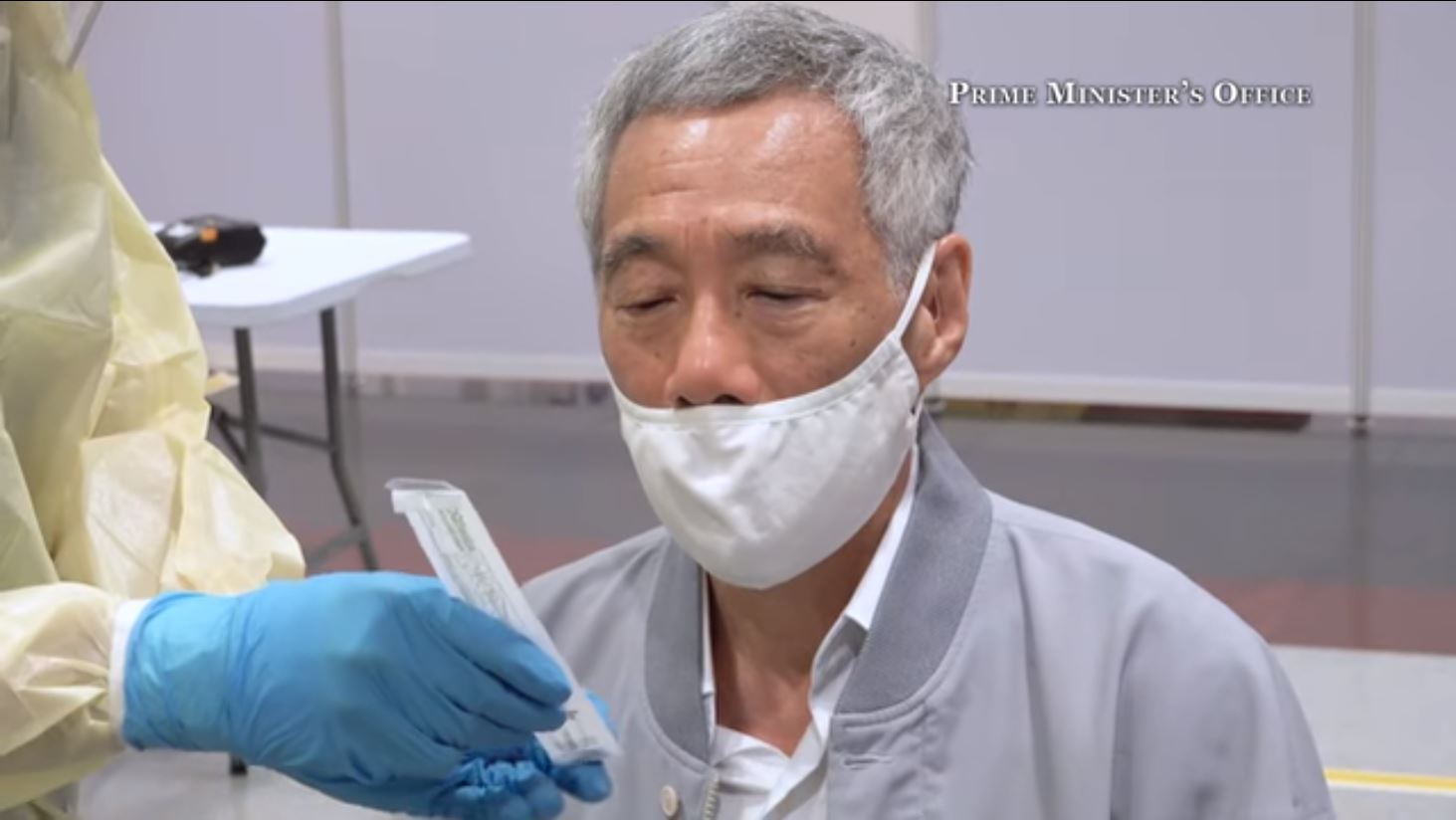 Then came the potentially uncomfortable part – the back of Mr Lee’s head was gently held while he was swabbed.

Mr Lee took it like a champ, not flinching at all when the swab was inserted into his nose. 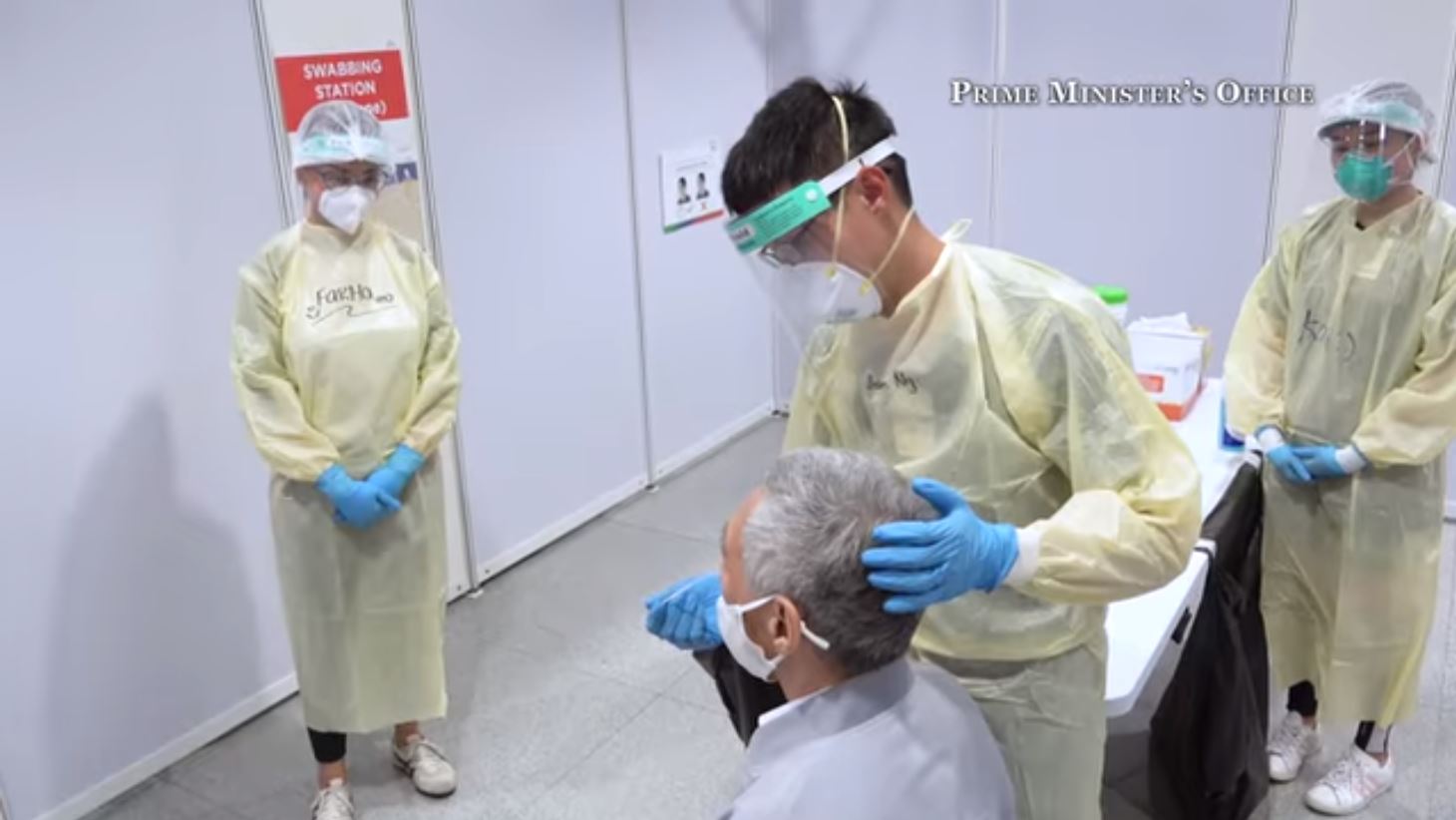 After just a few seconds, the swab stick was out.

Mr Lee was asked whether he was doing alright, and he answered yes.

Just like that, it was over, and he thanked the healthcare personnel. 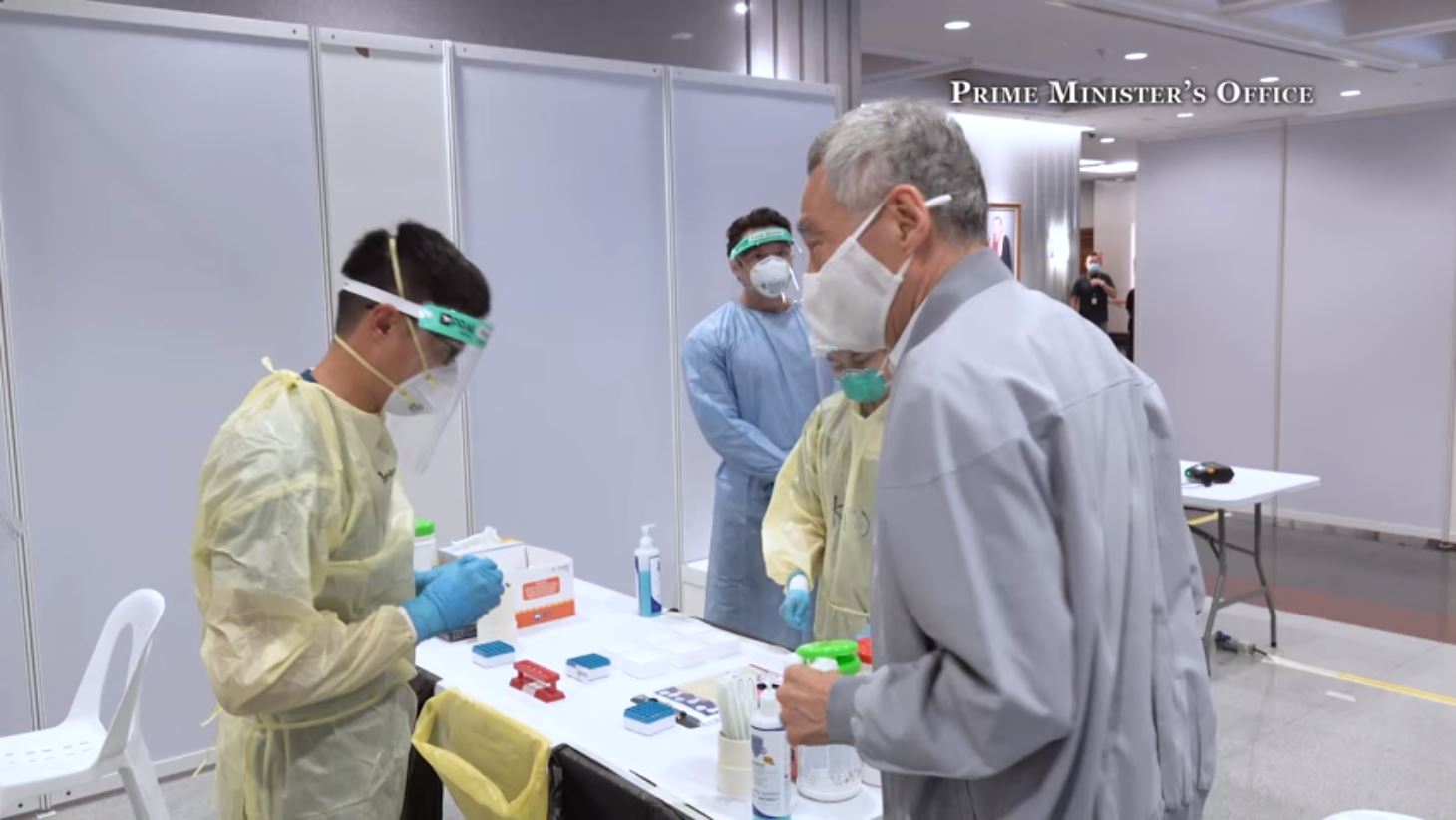 Mr Lee assured Singaporeans that the test was quick and painless, and going by the video – which was just 31 seconds long – that certainly was true.

He also added that such quick tests would become a regular occurrence in Phase 3, as they will weed out infectious cases fast, particularly when they’re asymptomatic.

The quick discovery of those who’re Covid-positive will mean they can be isolated and treated as soon as possible, before they can infect others.

That will help the community resume their lives in the “new normal”.

Testing may be the new trend

It seems that Covid-19 testing may become the new trend, as Mr Lee isn’t the first local politician to share a video of himself getting tested. 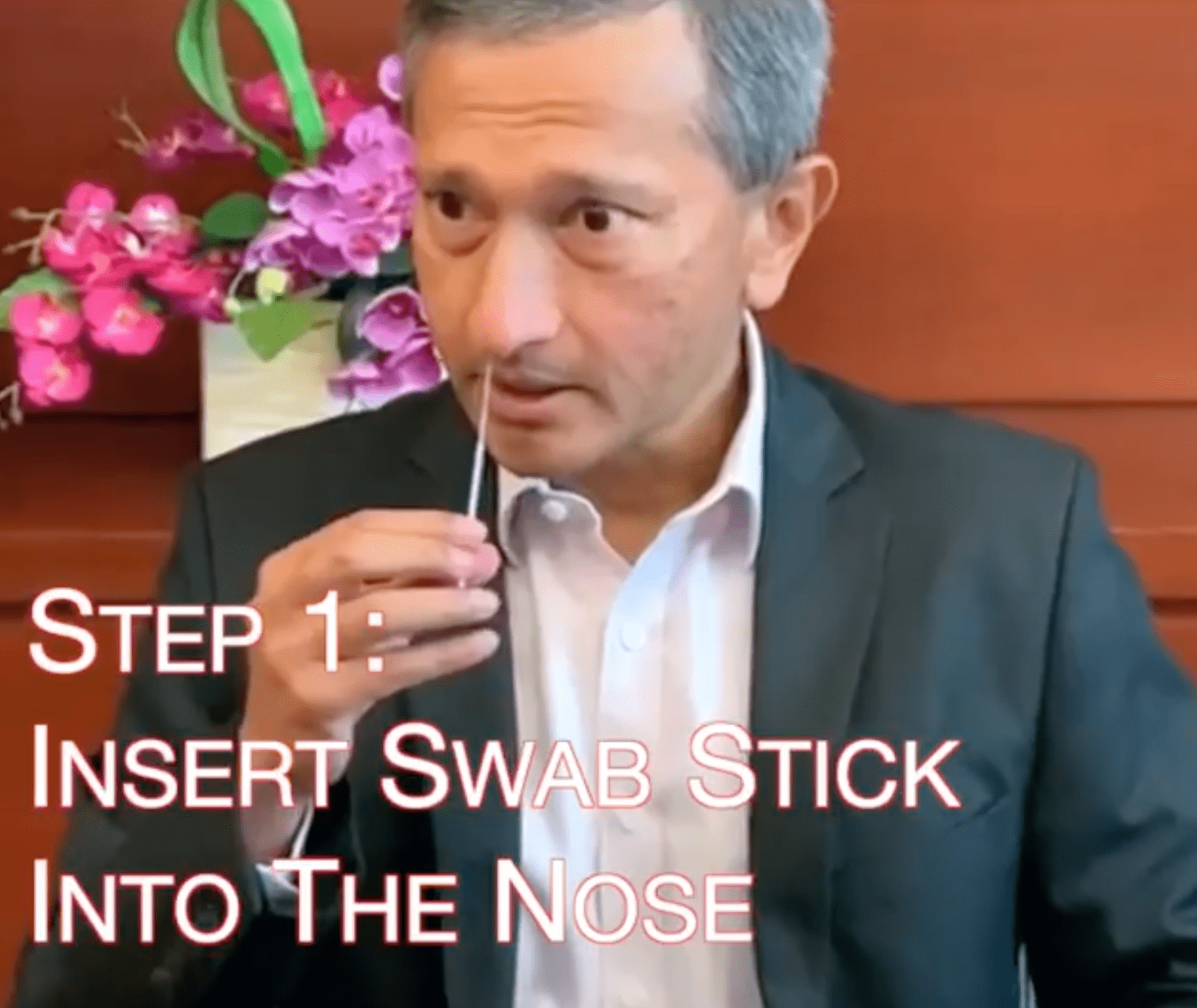 At about the same time, it was also revealed that the ART was also being tried out on our migrant workers, in preparation for its use in the general population.

Testing will be coming to you soon

Singaporeans who plan to live their lives as close to normal as possible should perhaps be prepared to take a rapid Covid-19 test at some point this year.

At least our prominent leaders, including the man at the very top, have already led by example, and shown us that there’s nothing to be afraid of.

So if we want Phase 3 to last, embracing the medical technology that we’re lucky to have would be advisable until the pandemic is finally over.