3 of the frontrunners were assigned heavyweight ministries.

Lawrence Wong May Be Seen As Frontrunner After Being Named Finance Minister, But Don’t Rule Others Out Yet

Just 9 months after the 2020 General Election, Prime Minister Lee Hsien Loong has made sweeping changes to his Cabinet.

The Cabinet reshuffle is significant as it means 7 out of 15 ministries will have new heads, but 1 burning question was conspicuously not answered – who will be Singapore’s next prime minister?

The question might have also been on Mr Lee’s mind as he moved 3 of the frontrunners to heavyweight ministries. 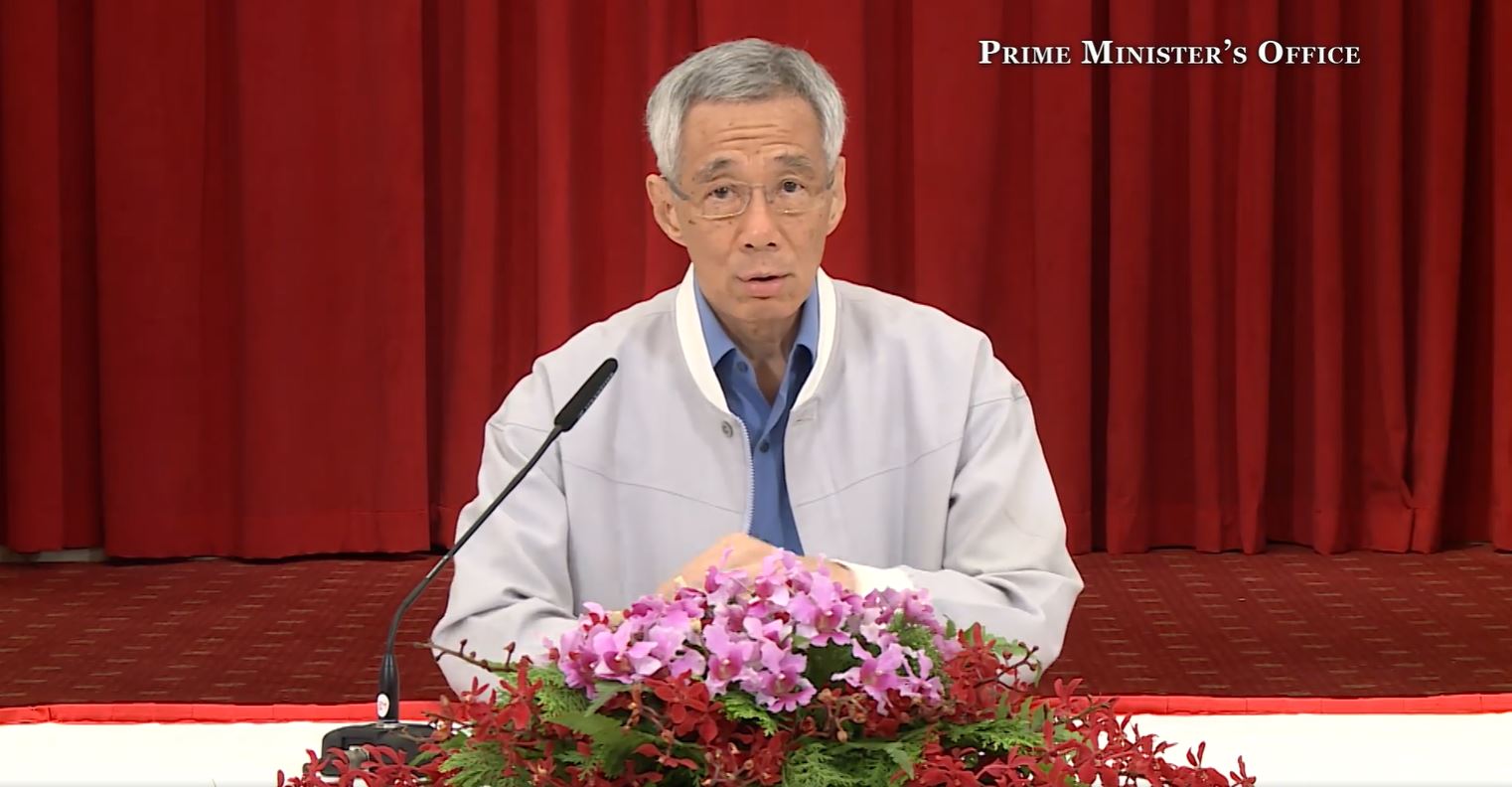 As such, the reshuffle may be a way to test the waters with them to see who will excel in their new appointments.

Why a reshuffle now?

Mr Lee admitted that the reshuffle is one that is more extensive than usual, especially since the current Cabinet was just put in place shortly after GE2020.

However, it was already hotly anticipated after Deputy Prime Minister Heng Swee Keat stepped down as 4G leader, throwing a wrench into the 4G leadership transition. So with Mr Heng out of the running, it became imperative to find out which of the remaining 4G leaders can assume the mantle of the PM’s successor.

Mr Lee said these changes will allow the 4G leaders to gain new experience and exposure – making the picture much clearer as to who’s most suitable to succeed him.

Let’s see what the moves may mean for those tipped for the job.

Lawrence Wong in the prime seat?

At first glance, Mr Lawrence Wong seems to have benefitted the most from the reshuffle.

After being Education Minister for less than a year, he’ll be assuming Mr Heng’s relinquished job of Finance Minister, and the symbolism is rife.

Will taking over Mr Heng as Finance Minister mean that Mr Wong will also take over him as PM-to-be in future? Many may think so.

Finance Minister poised to be PM?

Does becoming Singapore’s Finance Minister mean one is poised to become PM?

The job is certainly one of the Cabinet’s most important ones. It requires an understanding of not just his own ministry but almost everything that goes on in the Government.

That’s because he’s in charge of allocating budgets to the various ministries, and has to know all the important projects and Government policies in order to do so.

And that’s also why some may see experience as Finance Minister being necessary to become Prime Minister.

On the other hand, just because Mr Wong will be our next Finance Minister, doesn’t mean he’s the automatic frontrunner for PM.

Senior Minister Tharman Shanmugaratnam took on the role for 7 years, and while many may want him to become PM, he has said it’s not for him.

Mr Wong’s appointment as Finance Minister didn’t come as a surprise either. It’s sort of a natural progression since he’s already been Second Minister for Finance, along with Ms Indranee Rajah, since 2016. 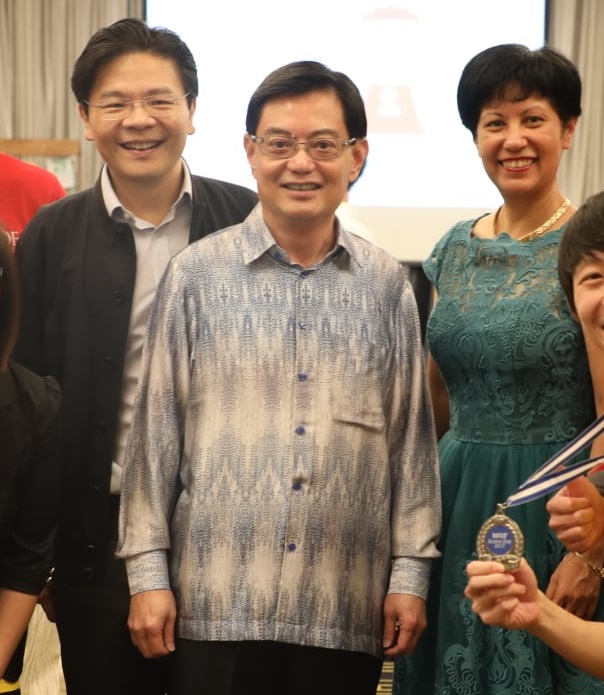 Notably, in a Facebook post after the reshuffle announcement, Mr Heng said Mr Wong worked closely with him on the 5 Covid-19 Budgets that were released last year.

An even higher profile for Mr Wong

Mr Wong has been the face of many Covid-19 news so far, as the co-chair of the Covid-19 Task Force.

It also hasn’t escaped attention that, he was also chosen to give a quick analysis of the People’s Action Party’s (PAP’s) performance in GE2020 and take questions from reporters.

That may mean that the party acknowledges his skill in public speaking and presentation, as well as answering impromptu questions – an important quality in a leader.

Now, he’ll have the chance to have an even higher profile as he presents our budgets in Parliament.

Thus, while Finance Minister is a very important appointment that may or may not mean he’ll go on to become PM, being Finance Minister and Covid-19 Task Force co-chair at the same time means Mr Wong will be one of the most high-profile of the 4G leaders.

And that’s crucial to winning hearts and minds.

All is not lost for Mr Chan Chun Sing, however.

After all, he’s been appointed as the new Education Minister, after being Minister for Trade and Industry for 3 years.

While some may not think being Education Minister is important, the Ministry of Education (MOE) is one of the ministries with the biggest budgets.

In financial year 2020, Government spending on MOE was 2nd only to the Ministry of Defence (MINDEF). Considering tuition is a billion-dollar industry in Singapore, it’s also quite obvious that we’ll spare no amount to educate our children.

Thus, putting Mr Chan in charge of a heavyweight ministry like MOE shows that he’s not out of the running to be the next PM.

Education Minister taken up by many heavyweights

Rather, Mr Chan’s appointment as Education Minister follows many other heavyweight political figures in Singapore.

Mr Heng was Education Minister for 4 years before assuming his Finance Minister role and being touted as a future PM.

Mr Tharman was also Education Minister for more than 4 years.

And of course, Mr Ong Ye Kung and Mr Lawrence Wong, both of whom are also seen as frontrunners to be PM, have also been Education Minister.

As such, it’s actually about time for Mr Chan to be tested in this role.

On to Mr Ong, who’s about to take up the important role of Health Minister after being Transport Minister for 9 months.

While the position is important even in normal times, it takes on greater significance now as we’re still amid a pandemic.

PM Lee has said he decided to change the minister heading the Ministry of Health (MOH), a frontline ministry dealing with Covid-19, as our situation now is more stable.

However, the fact that we just had a Covid-19 Task Force press conference on Thursday (22 Apr) due to a new dorm cluster shows that there’s still much more to do — and Mr Ong will now be in the thick of it.

One of the reasons for Mr Wong’s higher profile in the past year is due to his role as the co-chair of the Covid-19 Task Force.

Alongside Health Minister Gan Kim Yong, he’s won plaudits for his clear and authoritative speeches on the latest Covid-19 developments. 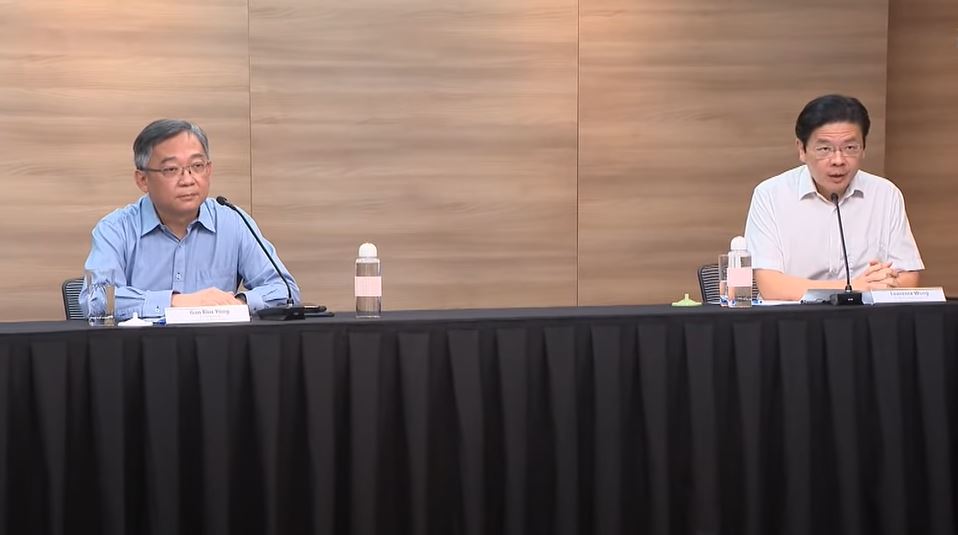 Now that Mr Ong is set to take over MOH, he’ll be sitting next to Mr Wong during these press conferences.

This could very well be an opportunity for Mr Ong to be seen as taking the reins of the most difficult challenge to face Singapore, and impress Singaporeans in the process, just like Mr Wong did.

Will Mr Ong now take over as the ‘face of Covid-19’ in Singapore? Or will Mr Wong continue to shine nevertheless?

Does public opinion count for anything?

To many Singaporeans, however, all this talk about the next PM is moot as we don’t directly vote for a PM.

It’s actually the PAP ministers who vote on who they would like to lead them, with a well-established process in place.

However, though ordinary Singaporeans don’t have an outright say, we did elect our MPs. And these MPs are supposed to represent us.

Thus, they could take into account public opinion when they nominate a leader.

It’s important to test them ASAP

While public opinion depends on a variety of factors, ultimately a big factor that will sway the race is how Mr Wong, Mr Chan and Mr Ong perform in their upcoming new roles.

And as Mr Heng is now out of the running, it’s more urgent that they’re tested sooner rather than later.

That’s why despite Mr Wong’s and Mr Ong’s short tenures as Education and Transport Ministers respectively, it’s important that they get other heavyweight portfolios as soon as possible.

Check out PM Lee’s press conference below to find out his reasons for the reshuffle, and the other changes announced.

So far, public opinion seems to lean towards Mr Wong and Mr Ong as Singapore’s next PM.

However, if Mr Chan impresses as Education Minister, he may not be far from the running too.

As for Minister for National Development Desmond Lee, his appointment may not have changed, but could he be a dark horse?

We’ll just have to wait for the next installment of Singapore’s Next Prime Minister.