Must Share News – Independent News For Singaporeans
Home Inspiration PMD Rider Stopping To Change Tyre For Taxi Uncle At 1am Is... 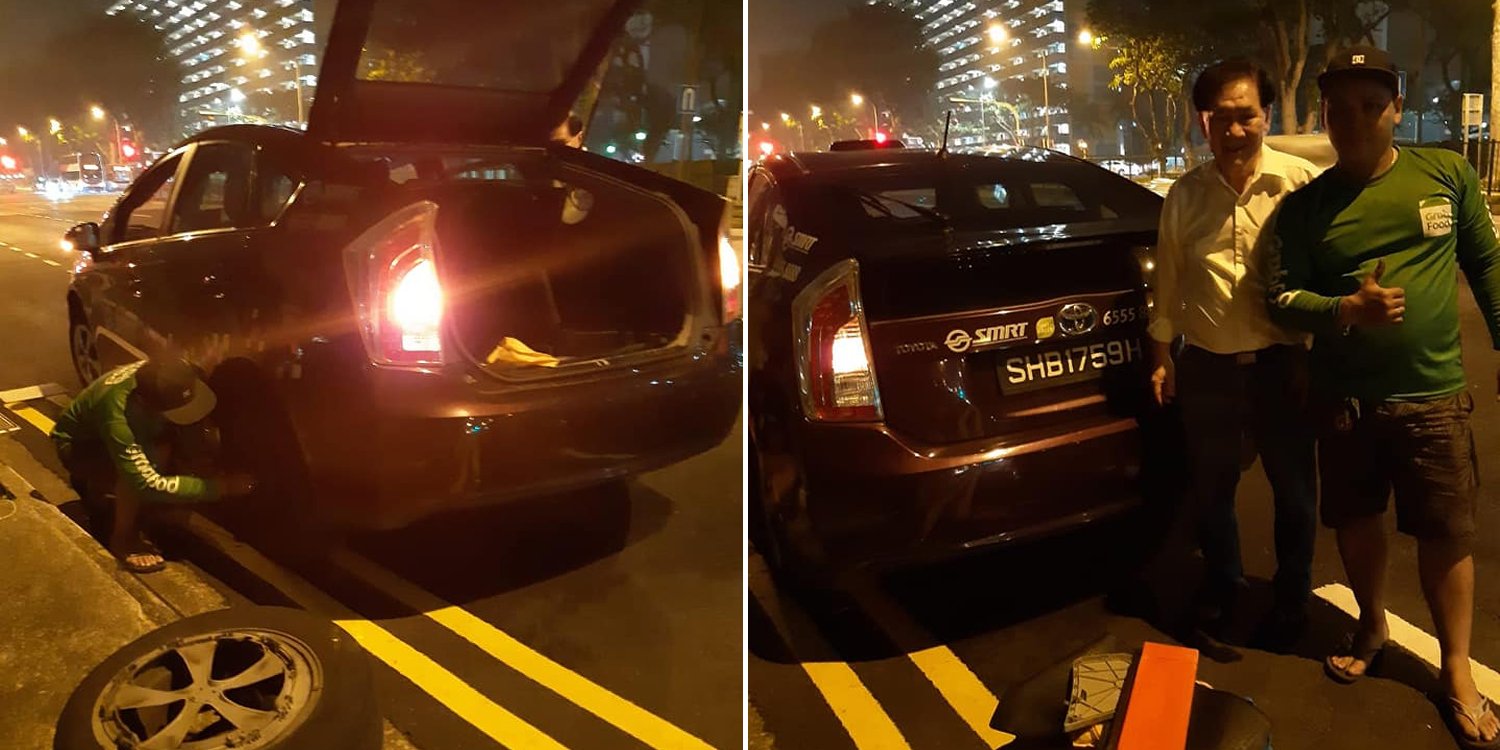 Food delivery riders who go about on Personal Mobility Devices (PMDs) haven’t had the best of weeks since the ban of their mobility devices on footpaths.

Not only do they have to worry about being forced to give up their job, but also, occasionally, suffer the remarks of caustic commentators online.

Nevertheless, some of them continue to render assistance to whoever needs it. Early this morning, one rider, according to a Facebook post on Wednesday (13 Nov) recounting the incident, had stopped to help an elderly taxi uncle change his flat tyre.

The post has been shared over 1,000 times and can be viewed here.

According to the short recount accompanying the post, the driver saw the elderly taxi driver “begging people for help” at around 1am but no one stopped to do so.

Then he saw a GrabFood rider stop by and tell the uncle,

Uncle wait for me I send my order first then I come back to help you to change the tyre.

True to his word, he returned a little while later and helped the changed the flat tyre. The uncle could not have done so himself as he was old and did not have the strength.

Netizens laud the kind act, while others remain skeptical

Netizens have lauded the act of kindness shown by the GrabFood rider on PMD, with some thanking him for going out of his way to help the stranded uncle.

Some, however, remained skeptical of the incident, saying that one instance of a PMD rider being considerate doesn’t mean all PMD riders are equally considerate.

Another asked what about those times where riders were being nuisances and even endangered pedestrians.

He also questioned if posting this story and pictures would have the opposite effect — of getting people to suspect if this was not done to merely ‘attract attention’. 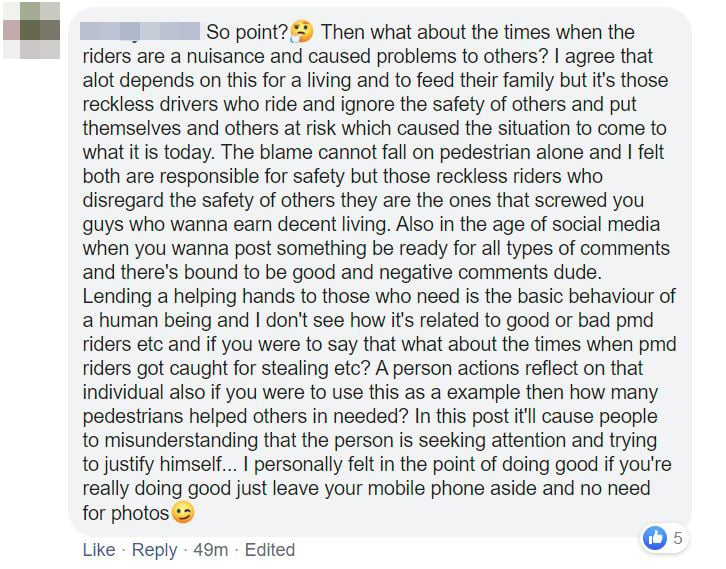 While we acknowledge that some of the netizens may have a point – one good instance does not mean that all riders are similarly helpful and considerate – nevertheless, a kind deed should never go unappreciated.

Kudos to the rider for stopping to help the elderly uncle!