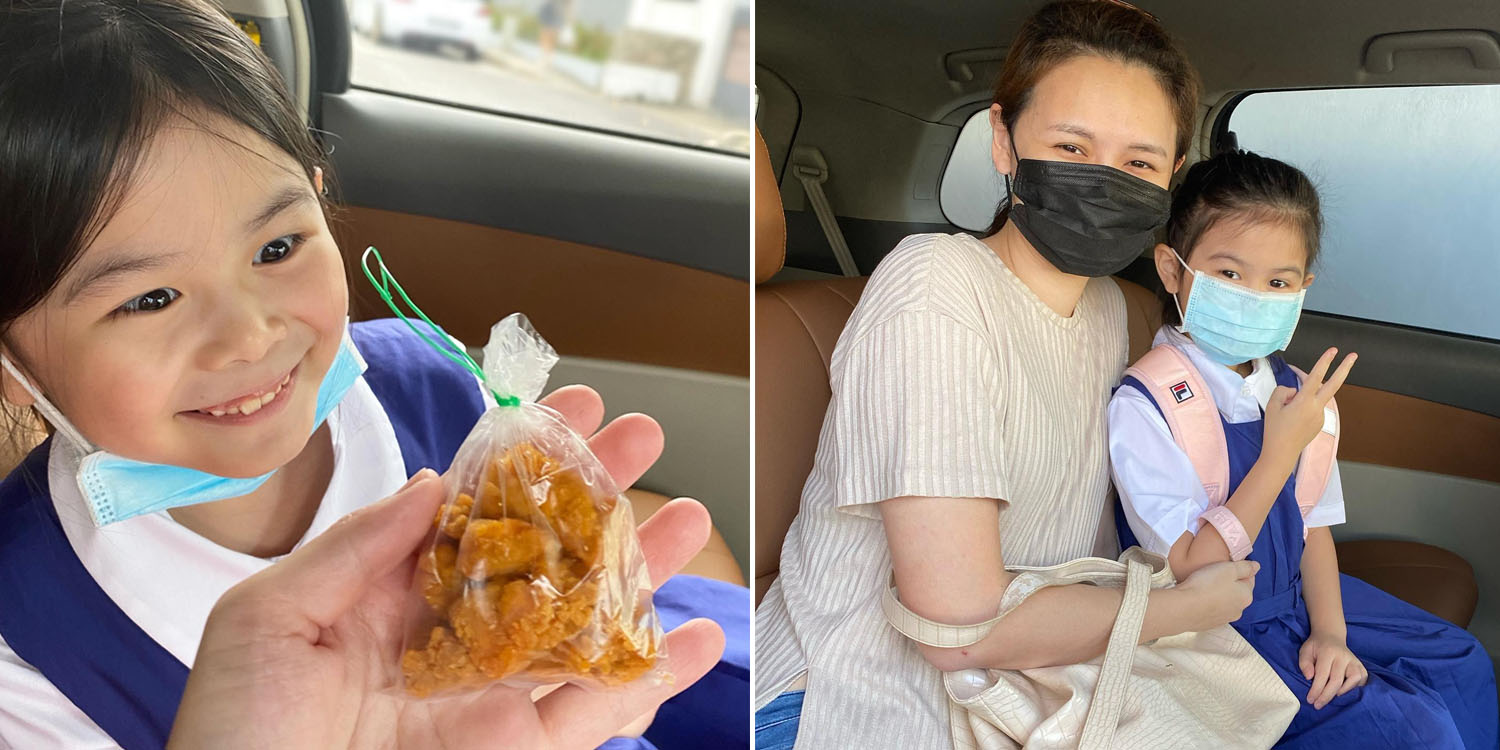 Her adorable expression more than made up for the stale chicken.

Surprises come in many forms, but the most memorable ones for parents often come from their beloved children.

On Monday (17 Jan), beauty and lifestyle influencer Bong QiuQiu shared about how her 6-year-old daughter surprised her with a packet of popcorn chicken she had bought using her own pocket money. 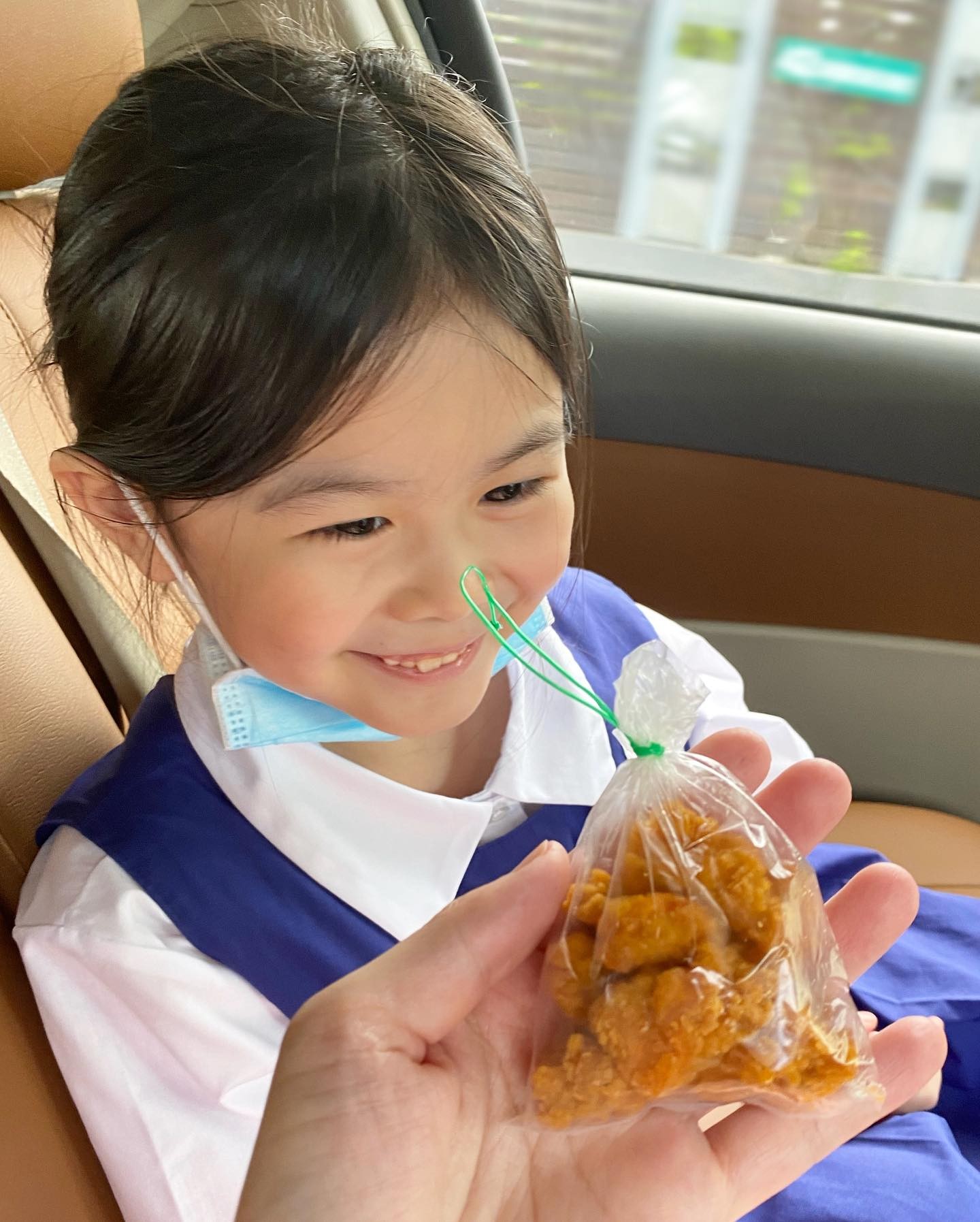 While popcorn chicken might not be the most luxurious food, QiuQiu said she was touched by her daughter’s loving gesture, which was also the first time the young girl had bought treats for her parents using her own money. 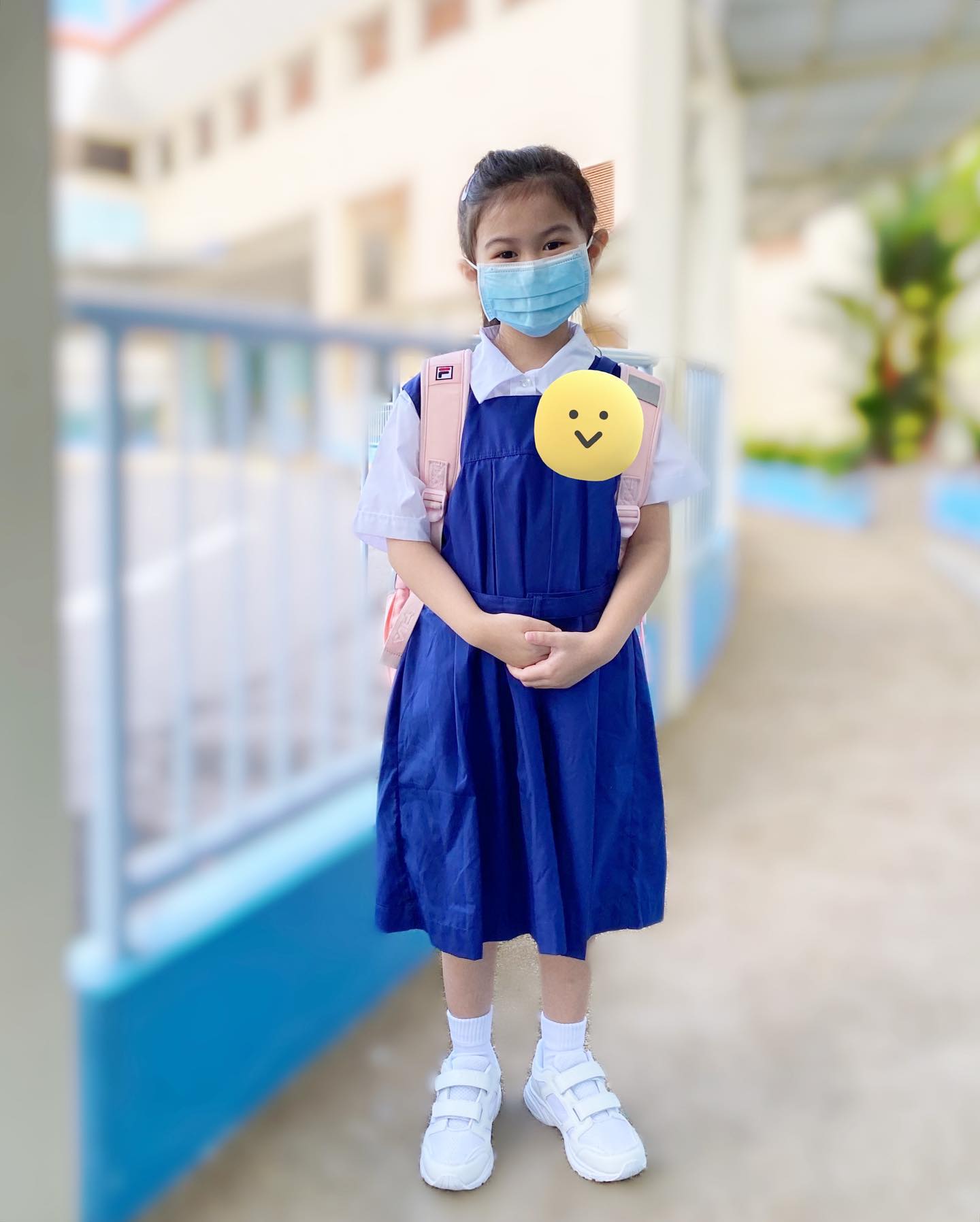 Though it had merely been weeks since her first day, Meredith appeared to have already found her favourite food in school — a snack she calls “chicken skin”.

The 6-year-old seemed extremely keen on letting her parents in on her ‘secret discovery’ and said she would dabao it for QiuQiu and her husband when she had enough money.

As QiuQiu picked Meredith up from school last Friday (14 Jan), the 6-year-old surprised her mother by pulling out a packet of ‘chicken skin’, which turned out to be popcorn chicken. Though popcorn chicken is far from being the most indulgent food, QiuQiu said she was “touched and happy” as it was the first time Meredith had bought something for her family using her own money.

Seeing how small the packet of snacks was, the 6-year-old adorably asked her mother not to finish it all.

Daughter’s expression more than made up for stale popcorn chicken

At one point, Meredith decided to give it a taste test and popped one into her mouth.

To her disappointment, the fried snack had apparently lost some of its crispiness due to the prolonged exposure.

But for QiuQiu, her daughter’s cute reaction more than made up for it and she assured Meredith that it wasn’t an issue.

QiuQiu ended her post with some sage life advice,

Remember to count the little things you are blessed with in life.

Sometimes it’s the simple things that matter in life

It’s thoughtful gestures like these that remind us of how simple and uncomplicated happiness actually is.

We’re heartened by Meredith’s surprise for her parents and hope it brought a smile to those who read the post.