Singaporeans living in New York City would’ve been salivating at the news that Urban Hawker, a Singapore-style street food market, had its soft opening on Wednesday (21 Sep).

Unsurprisingly, the place was packed on opening day not just with Singaporeans, but many ang mohs as well.

They were no doubt hoping for food that tastes similar to what’s found in Singapore. 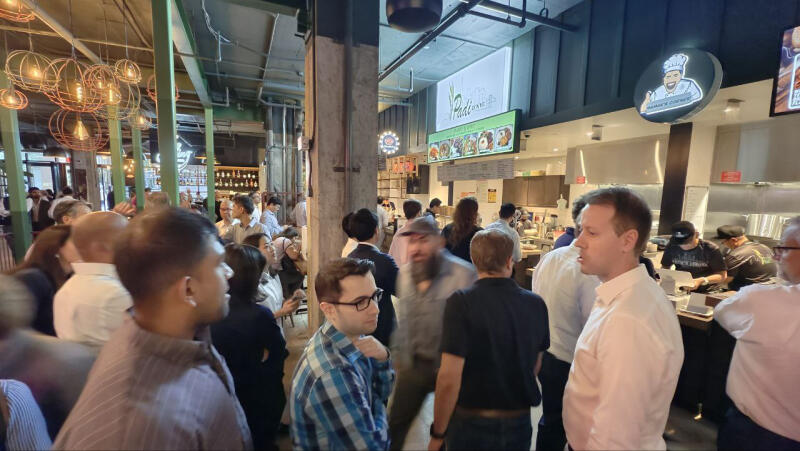 But some of the prices would’ve made a typical food court goer baulk — the prawn mee costs a wallet-unfriendly S$26.

The proprietor of the stall cited expensive manpower and rental, and rising cost of ingredients as the reason.

The stall in question is Prawnaholic Collections, one of 17 stalls in the 14,000 sq ft food market that seats 200. From their menu, besides prawn mee (named “prawn ramen”) in dry or soup version, they also sell pork belly ramen, wok-fried Hokkien prawn noodle and oyster omelette, all for S$26 (US$18) each.

While it might seem normal for those living in New York, it may be enough to make ordinary Singapore folks lose their appetite.

The young “hawkerpreneur” opened his own stall in 2018 at the tender age of 23.

He’s apparently had “great success” in Singapore, and has now brought his dream concept — traditional prawn noodles with a twist — to New York City. 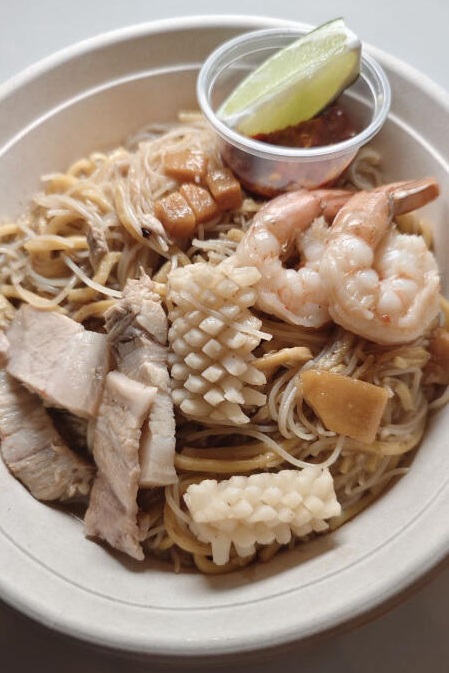 In an interview with Shin Min Daily News, Mr Choong explained that the high prices were due to three factors:

To recoup his outlay, a bowl of prawn mee that would ordinarily go for S$7 in Singapore would have to cost S$26 in New York.

Giving an example of his manpower difficulties, Mr Choong said hiring suitable people is one of the greatest challenges in opening a business in the United States (US).

It took about one month to hire three kitchen assistants, he said.

He also has to familiarise them in the ways of cooking Chinese food, so he still does a lot of things by himself and teaches them as he goes along. 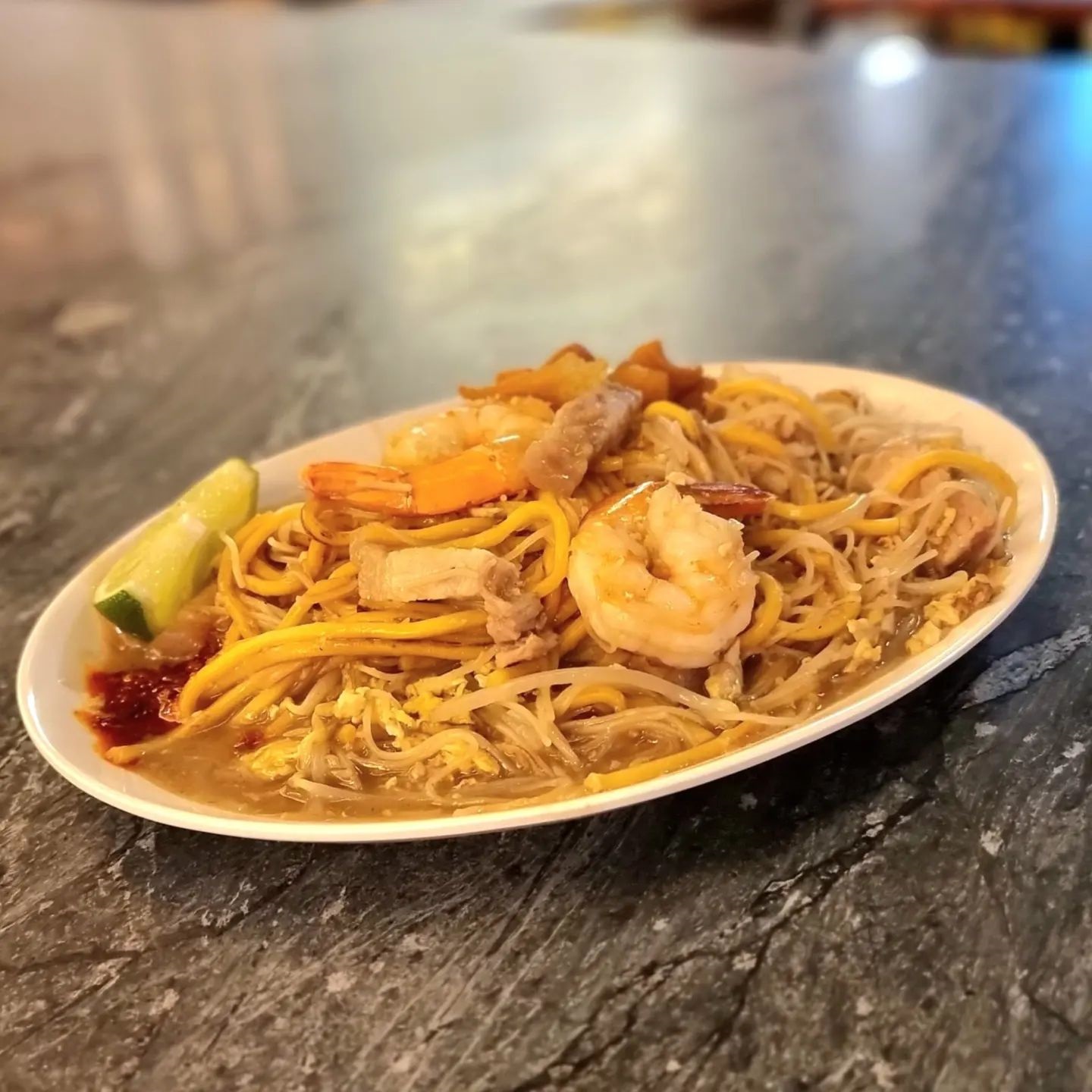 Mr Choong also pointed to the labour laws in the US, noting that daily working hours are limited under the law.

But as hawkers typically must work long hours, he had no choice but to hire two shifts of staff who take turns to work at the stall.

“It’s difficult to find Chinese chefs who can cook Chinese food and can communicate easily,” he said, adding that he managed to hire only one.

Mr Choong also cited the location of Urban Hawker, describing it as the “busiest prime area” of New York.

The food hall is in the heart of Manhattan, just off Times Square at 135 West 50th Street. 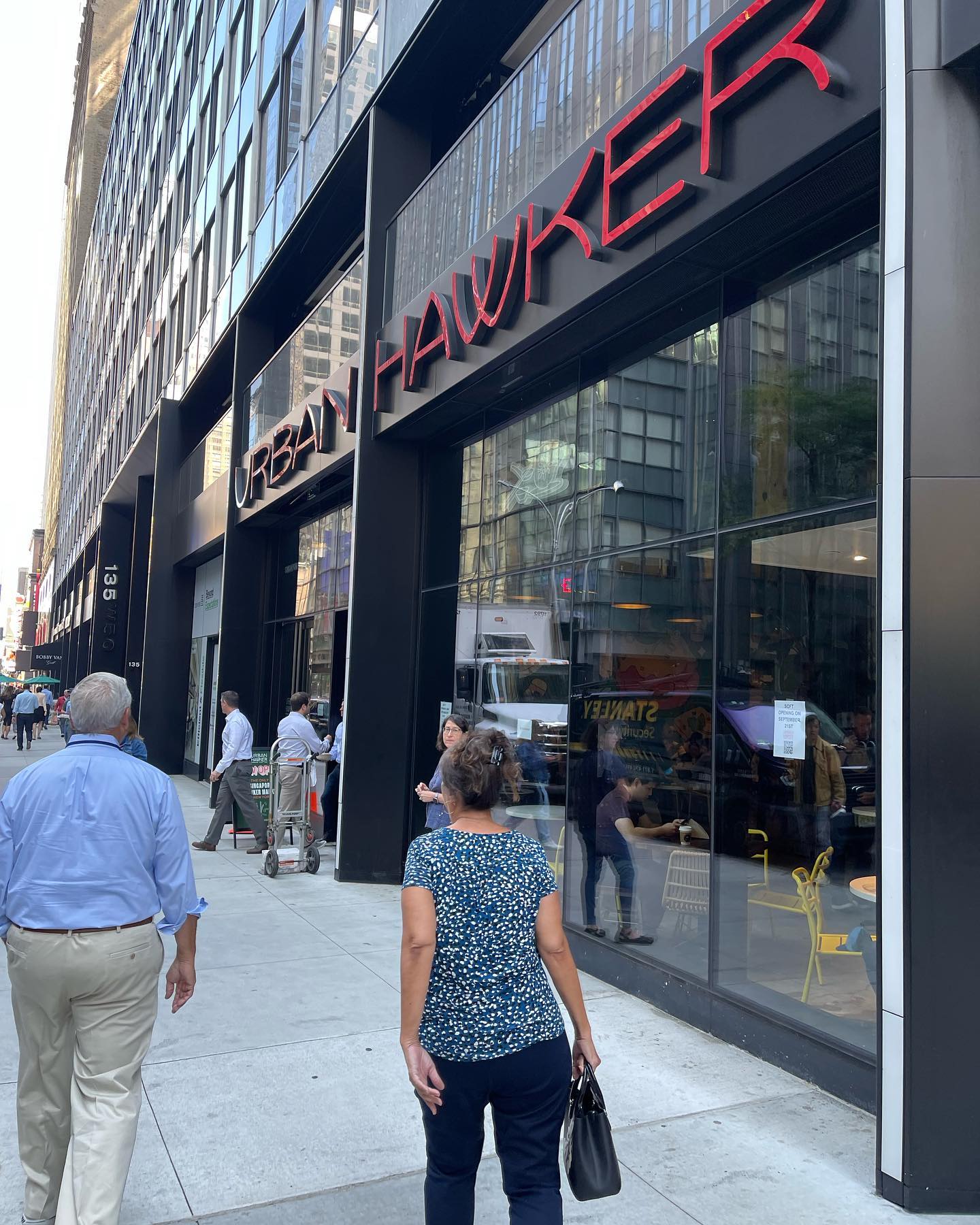 Thus, he said, rental is higher in the district.

As for the average food prices, they’re also “around this level”, he added.

He intends to spend about half a year in New York tending to the business, so someone else is temporarily taking care of his stall in Pasir Ris.

Another stall in Urban Hawker is White Restaurant, known for their white bee hoon with fresh prawns, squid, vegetables, and chicken stock. Its managing director Victor Tay said they brought over three of their chefs from Singapore, and will hire New York locals to take orders and collect money.

He pointed out that manpower costs are higher in New York compared with Singapore, as the US has the minimum wage.

However, portion sizes are also about 15% bigger, he added.

Besides Prawnaholic Collections and White Restaurant, the food hall has an array of Chinese, Malay, Indian, Nonya, Hainanese, and halal Western cuisines. 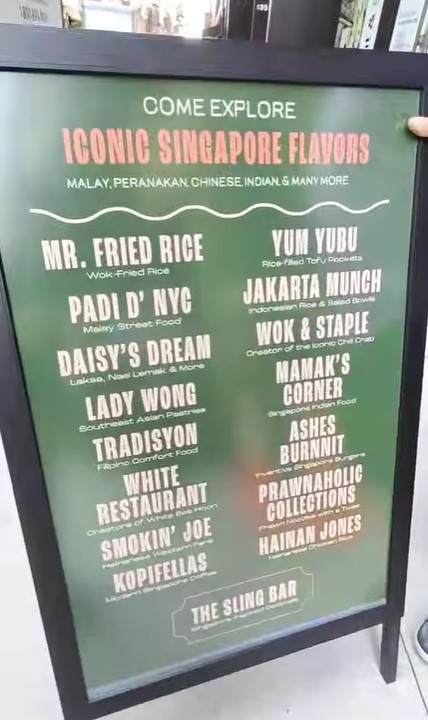 Photos of the food have already made their way onto social media, and at least the chicken rice from Hainan Jones looks pretty legit — even if the price of S$24 (US$17) may ruffle your feathers. 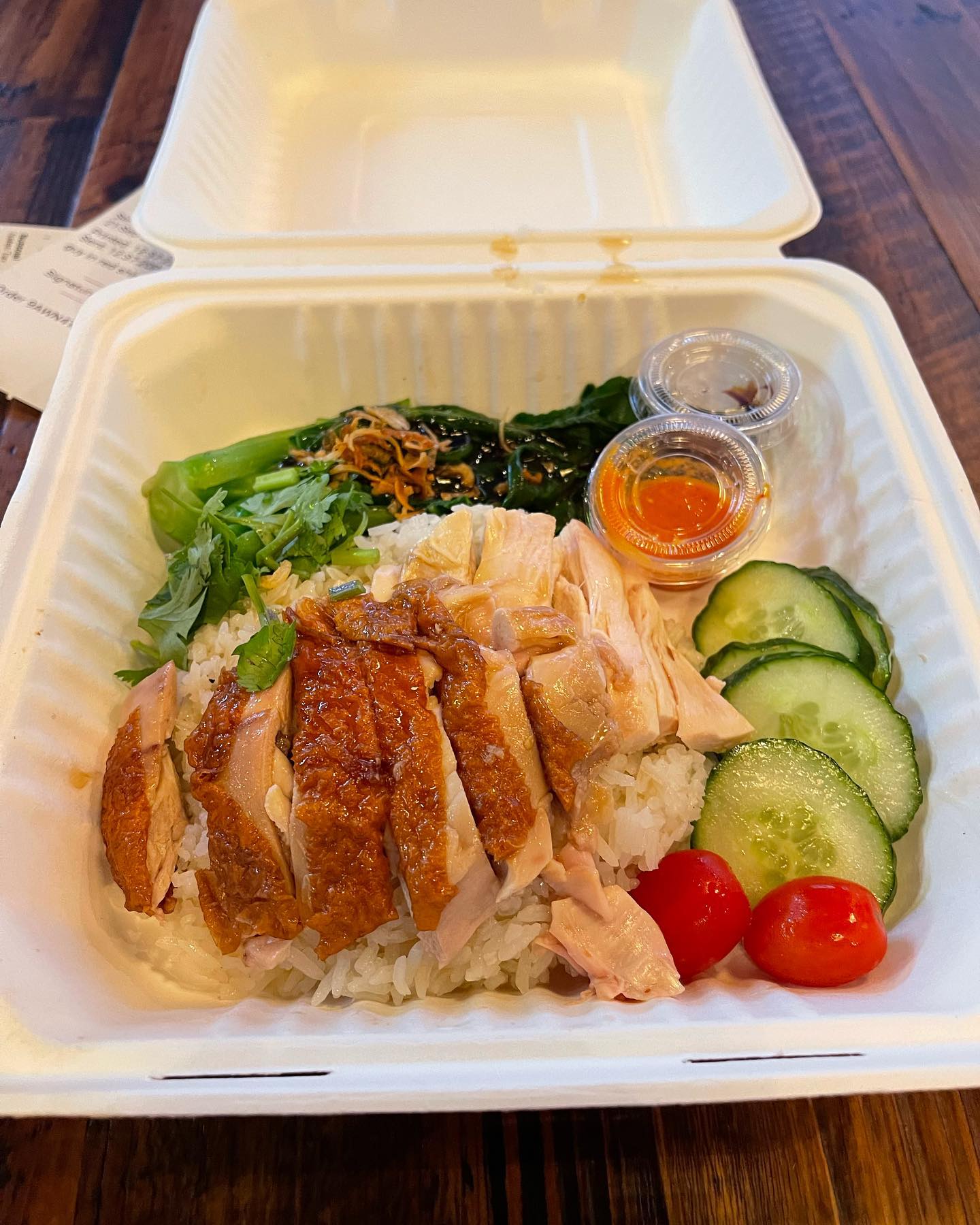 Judging from the healthy crowd, New Yorkers don’t seem to mind the prices so far. 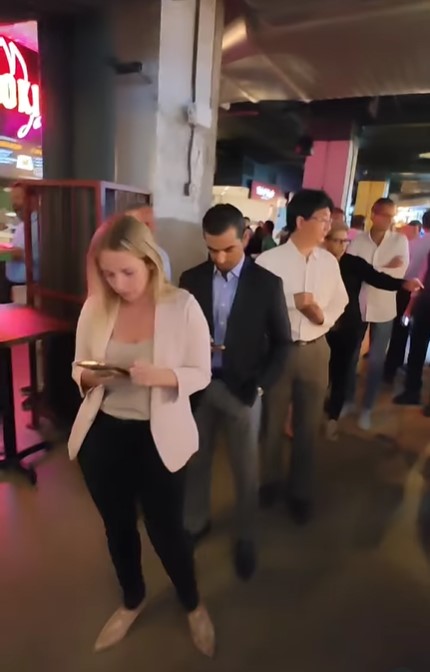 It’s certainly a good sign ahead of their official opening date on Wednesday (28 Sep).

Showcasing our hawker culture to the world

We’re glad that Urban Hawker is off to a roaring start so far.

Singapore’s hawker culture has made it to a UNESCO heritage List, so it should be showcased to the world.

Though prices are steep, perhaps we shouldn’t compare them with those in Singapore.

After all, both countries have different contexts, and the proprietors will have their reasons for their prices.