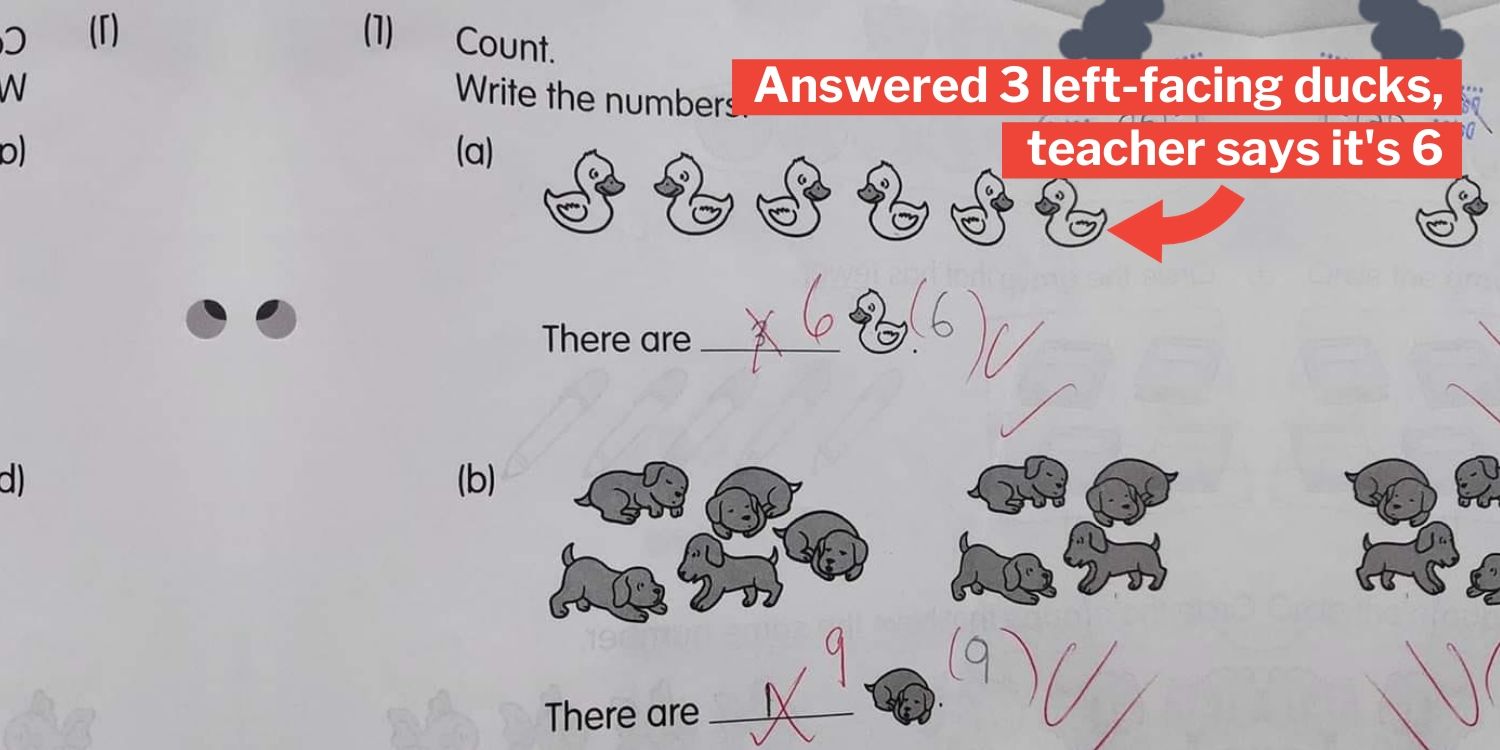 For many who grew up in the 2010s, the Ministry of Education (MOE) and schools started to embrace creativity and “thinking out of the box”.

This Primary 1 student probably took the advice of one of her teachers, but applied her creativity in her Maths questions.

When asked to count the ducks, her answers were always wrong because she counted the number of times the example image was shown.

Upon seeing this, her aunt Ms Tan shared on Facebook saying while traditional education has its benefits, it can restrict creativity. She hopes MOE would consider allowing unique approaches to solving Maths questions so that we do not end up “killing” the creativity of kids.

In the worksheet, the teacher used images to represent the animals to be counted. However, drawings of each animal placed them in different positions, presumably to engage the 7-year-olds. 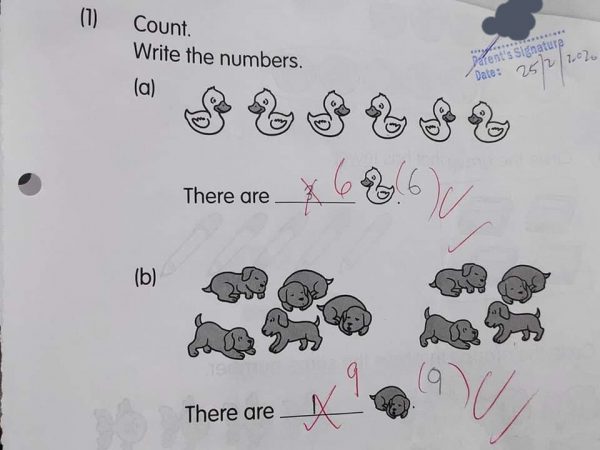 Thus, the girl counted the number of times the exact imaged used as an example for the question.

Instead of answering 6 ducks in total, she answered there were only 3 left-facing ducks.

As for the second question, instead of counting all 9 puppies, she counted only 1 resting puppy facing leftward.

Sadly, she was marked wrong for both answers.

Ms Tan felt like this innocuous incident revealed a flaw in the traditional education system.

Speaking from her own experience, she too was taught in a traditional manner, but was exposed to trivial questions “that tested [their] minds beyond the conservative manner”. 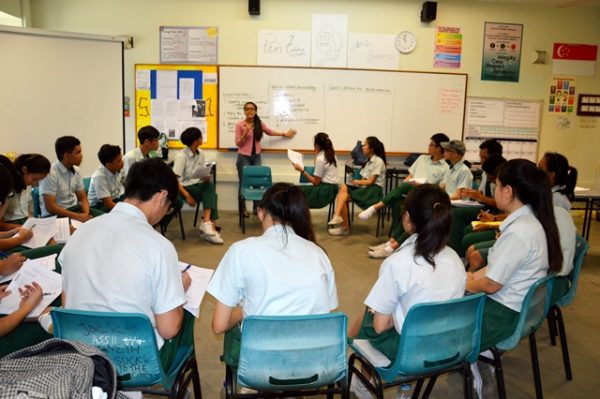 While “we still need to learn things in the traditional approach”, MOE needs to consider how creative kids can be.

She also shared that kids may perceive these questions differently.

Appeals to MOE to be mindful of questions set

Thus, Ms Tan appealed to MOE to pay more attention to questions that appear in their syllabus and curriculum.

She explained that questions like these can cause the younger generation to lose their interest and passion for learning.

Many netizens chimed in with their own support for Ms Tan’s niece. One said her niece was observant “with an eye for detail”.

At the same time, some added that the question was not well set. Often in this situation, marks will be awarded for the alternative answers too.

One netizen added that this was an opportunity to teach the child about having different perspectives.

Indeed, depending on how you see it, the student’s answer might seem more literal than creative.

However, we hope that such alternative answers will be accepted or at least, not be faulted for its logic.