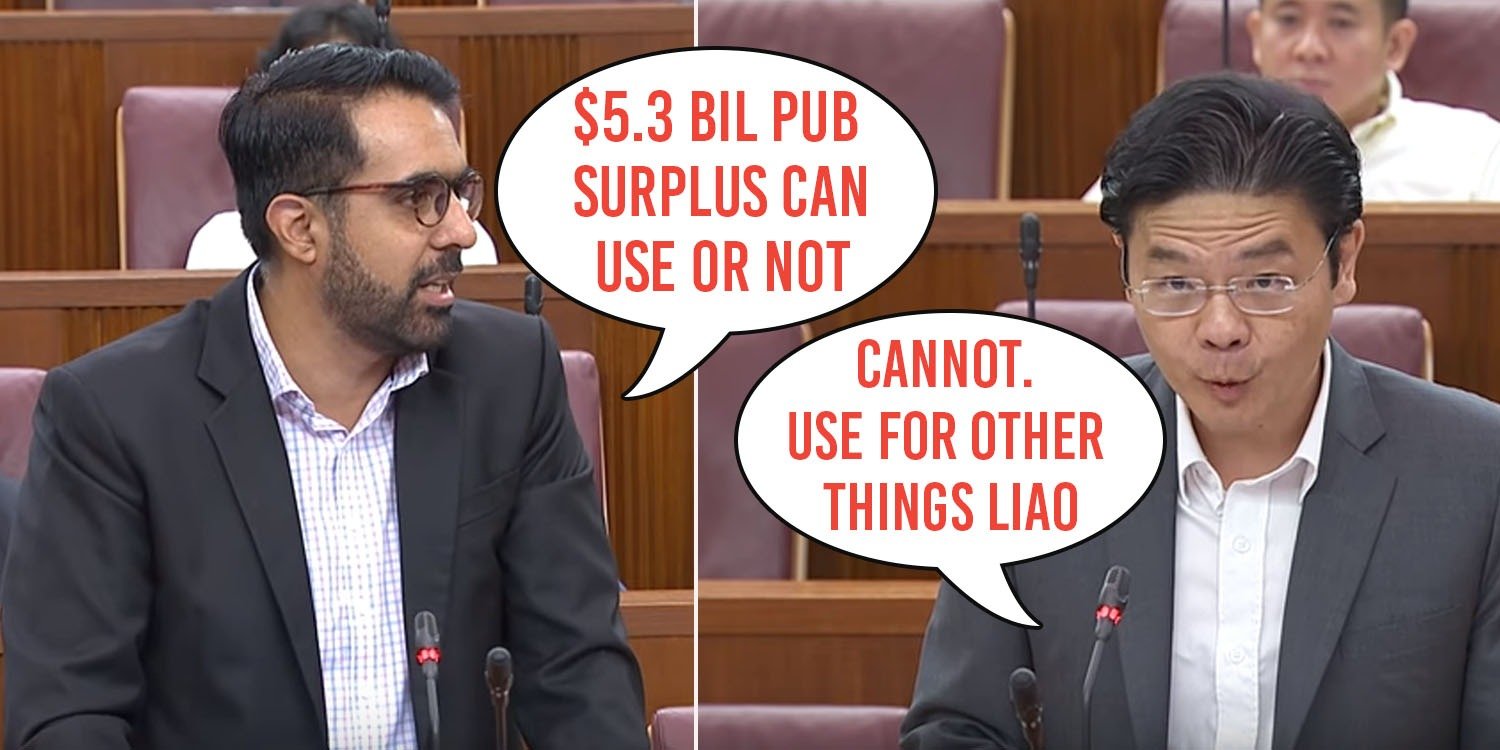 So it seems like Public Utilities Board (PUB), doesn’t have a “$5.3 billion surplus” after all.

How does this affect us?

Well, this just means that the 30% water hike that’s just kicked in, may be more justified than we thought.

Who do we have to thank for this clarification?

None other than Pritam Singh, new chief of Workers’ Party and Minister Lawrence Wong, in their recent not-so-friendly exchange.

Catch their recent debate on Monday (9 Jul) here in full. We summarise it after the jump.

Minister Wong spoke about how the $5.3 billion of “Capital Reserves” in PUB’s accounts, do not represent funds that PUB can use — as they’re already invested in property, plant and equipment.

But on 4 Jun, Workers’ Party uploaded a video with regards to the 30% water hike which kicked in fully in July, touting that PUB had a $5.3 billion surplus.

Mr Wong then fired back on all cylinders at Workers’ Party for “distorting the facts to mislead the public”.

Mr Singh has since ordered for the removal of this video, which according to Minister Lawrence Wong was,

Completely inaccurate and demonstrate(d) a basic misunderstanding of accounting fundamentals.

In a Facebook post uploaded on 9 Jul, Mr Pritam Singh saw fit to make a few clarifications of his own.

Mr Singh claims he had requested for the government to look at alternate revenue streams and future surpluses to “cushion price hikes” for Singaporeans.

Specifically for the case of the “30% water hike”, at the President’s Address in May.

He raised the example of how PUB’s large capital reserves have increased consistently from $3 billion in 2007 to more than $5 billion in 2016.

On 25 Jun, Mr Liang Eng Hwa (Holland-Bukit Timah MP) also sought clarification on PUB’s $5.3 billion in “Capital Reserves”, and whether the government or PUB could use them.

And Mr Singh requested that the “misleading” video be taken down immediately.

If PUB does not have $5.3 billion at their disposal to cushion water price hikes, Singaporeans should expect higher water bills to become a permanent fixture for now.

But with the Malaysia-Singapore water debate being revived by PM Mahathir, it’s no wonder that water supply is a pretty touchy topic even during parliamentary debates.

We do hope that amidst the political banter, our government doesn’t lose sight of the end game — ensuring our water supply is affordable yet sustainable in the long-term.

Do you think Pritam Singh was right to ask if we’ve truly looked at all alternative revenue streams before deciding on the water price hike?

Or was this strategic rhetoric to “distort the facts” and “mislead the public” like Minister Wong suggested?