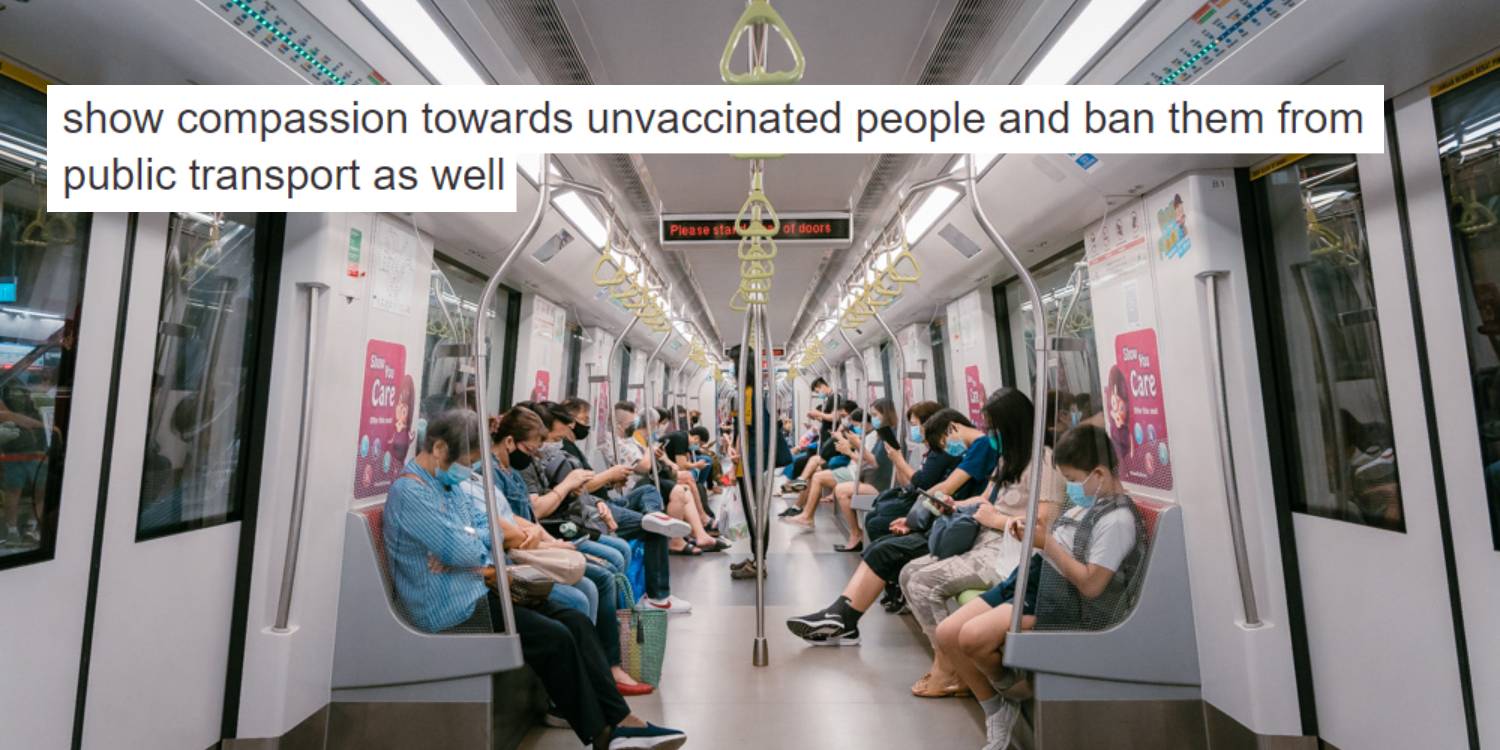 They definitely had us with the title.

Singapore Unvaccinated People Should Be Banned From Public Transport To ‘Protect’ Them, Says Petition

Since the measures banning unvaccinated people from malls, hawker centres and coffee shops were announced, petitions have started protesting the change.

Amidst alleged discrimination and calls for unvaccinated people to be allowed into more places, another petition apparently calls for their ‘protection’ instead.

Titled “Protect the unvaccinated Singaporeans”, the petition initially started off like the others that’d come before it.

But it took a turn pretty quickly, garnering laughs on social media.

The petition on Change.org starts off typically enough, stating that public transport is “2-3 times more crowded” than malls or hawker centres.

They go on to state the apparent illogic of this move.

Then came the pitch. Since public transport is filled with far more people than either malls or hawker centres, the government should “show compassion towards unvaccinated people and ban them from public transport as well.”

This would “further protect them” from Covid-19 exposure, they argued.

They had us in the first half

The petition was shared on Twitter by user @_Alfieee, who noted his bamboozlement by the title. 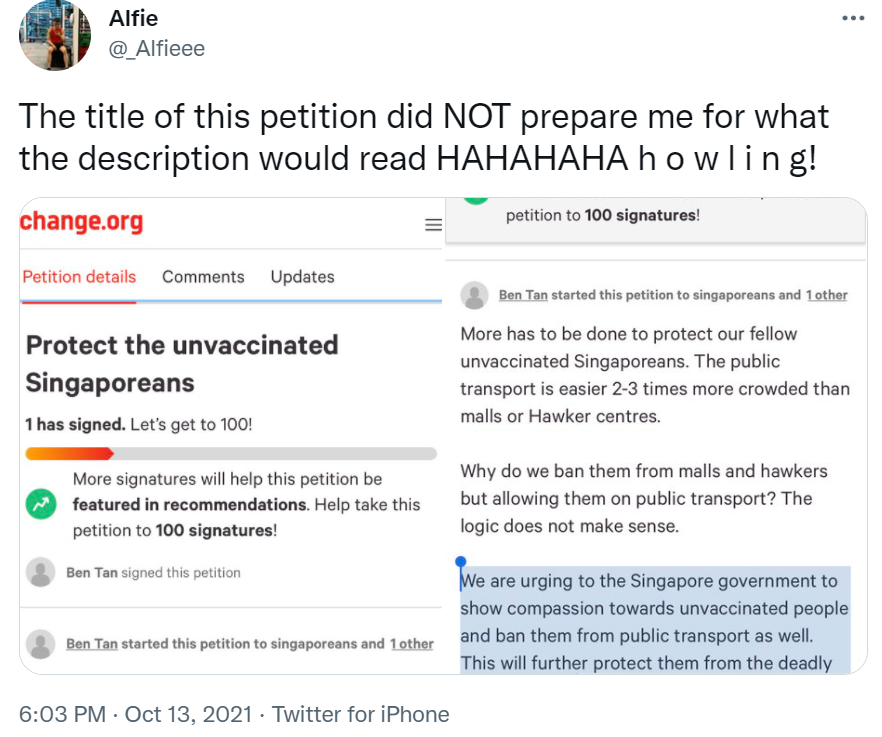 Many others were also amused by the trolling and the tweet gained over 1,000 retweets as of the time of writing.

Others commented on the Change.org petition, joining in with suggestions on how to “protect” the unvaccinated as well — by sparing them from “unnecessary” trips to the hospitals.

Sadly, the petition hasn’t gained much traction yet, with less than 100 signatures at the time of writing.

Perhaps the measures should be even tighter? We do want to protect these folk, after all.

Jokes aside, do stay safe

All joking aside, there are indeed cases where the authorities have made exceptions for unvaccinated people to enter malls, such as for medical care and childcare purposes.

Beyond this, the latest measures seek to encourage more people who are still on the fence to get vaccinated.

As unvaccinated people may be at higher risk of hospitalisation and death from Covid-19, the best way to be protected for now is to get jabbed.

Otherwise, if more people fall ill and die due to Covid-19, more vaccination-differentiated measures may come our way soon.

At the same time, we understand some may have their reasons to not get jabbed or are waiting for their turn. Let’s be patient.