Python Chills By Riverside At Boat Quay, Unfazed By Fanfare Chilling by the riverside.

Python Chills By Riverside At Boat Quay On 15 Dec

Animal sightings are like small surprises that the universe throws upon us.

While we usually come across fairly amicable creatures, this lady had the creepy privilege of coming across a python at Boat Quay.

The spotted python was chilling on the railing along the riverside, presumably soaking in the cool night breeze.

It also wasn’t fazed by the fanfare it garnered, coiling itself even more tightly along the railing over time.

Pictures of the chill python were first shared on the Singapore Wildlife Sightings Facebook group on 15 Dec. 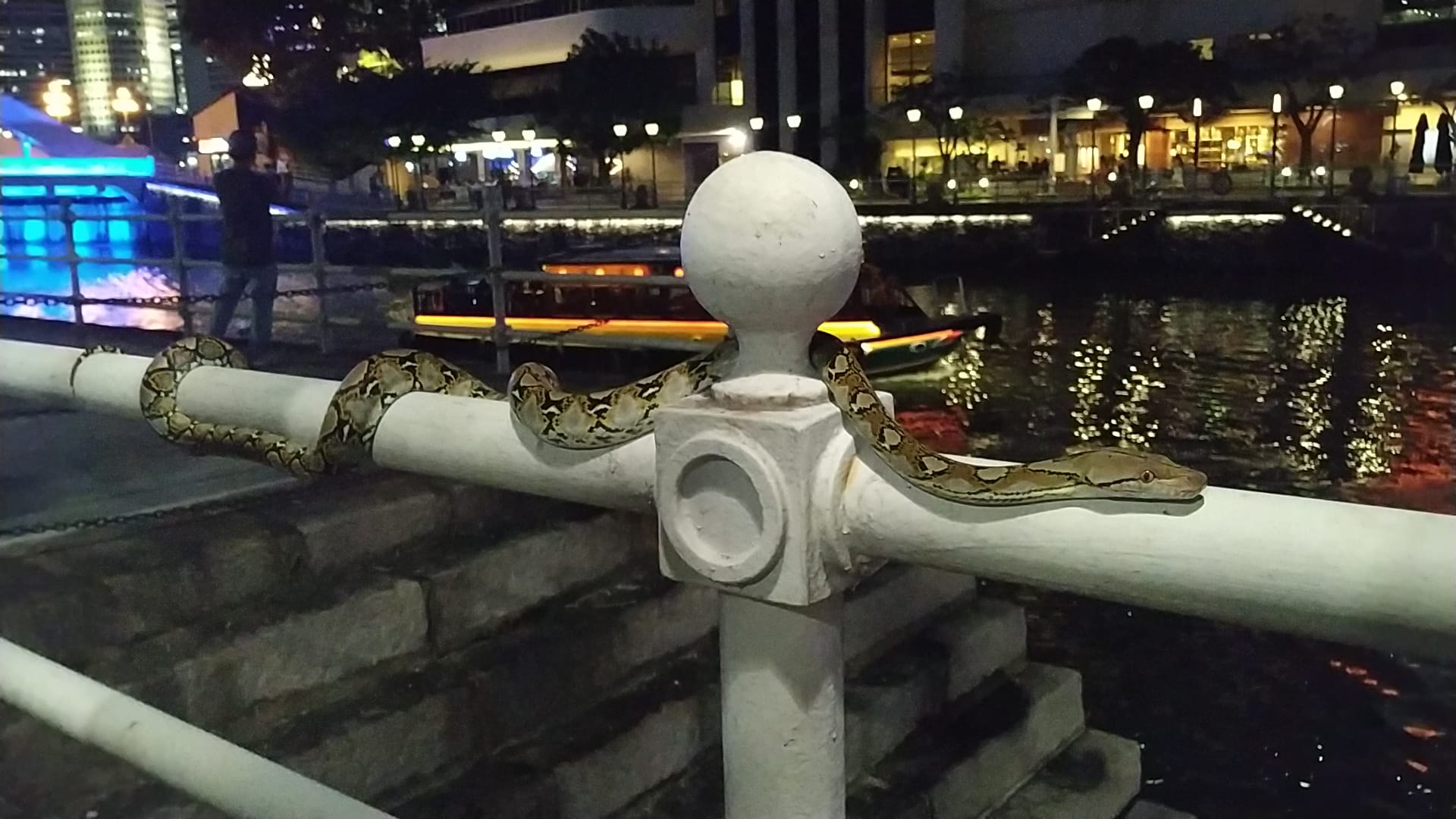 Ms Lorie O. Ordiales had the privilege of meeting the slithering creature when she was walking her dog that evening.

The encounter wasn’t surprising for her as she’s apparently seen snakes in the vicinity before.

However, other passerby’s were puzzled at her non-reaction, leading them to ask if the python was a pet of hers.

Snakes more afraid of us than we are of them

With snake appearances becoming more common these days, National Parks Board (NParks) and Agri-Food and Veterinary Authority of Singapore (AVA) had jointly released an advisory for such encounters.

Essentially, their advice reveals that as much as we are afraid of snakes, they are equally, if not more afraid of us.

In any case, its advisable for individuals to remain calm should they encounter a snake. They should also not handle snakes themselves.

Coming across any wildlife creature can be quite a daunting proposition, especially if you’re not sure of how to act around them.

But as a rule of thumb, always keep a safe distance and call for assistance from the various wildlife groups should you require help.