S’poreans Seem Inclined To Forgive Racism Among Older Folks, But Age Shouldn’t Be An Excuse 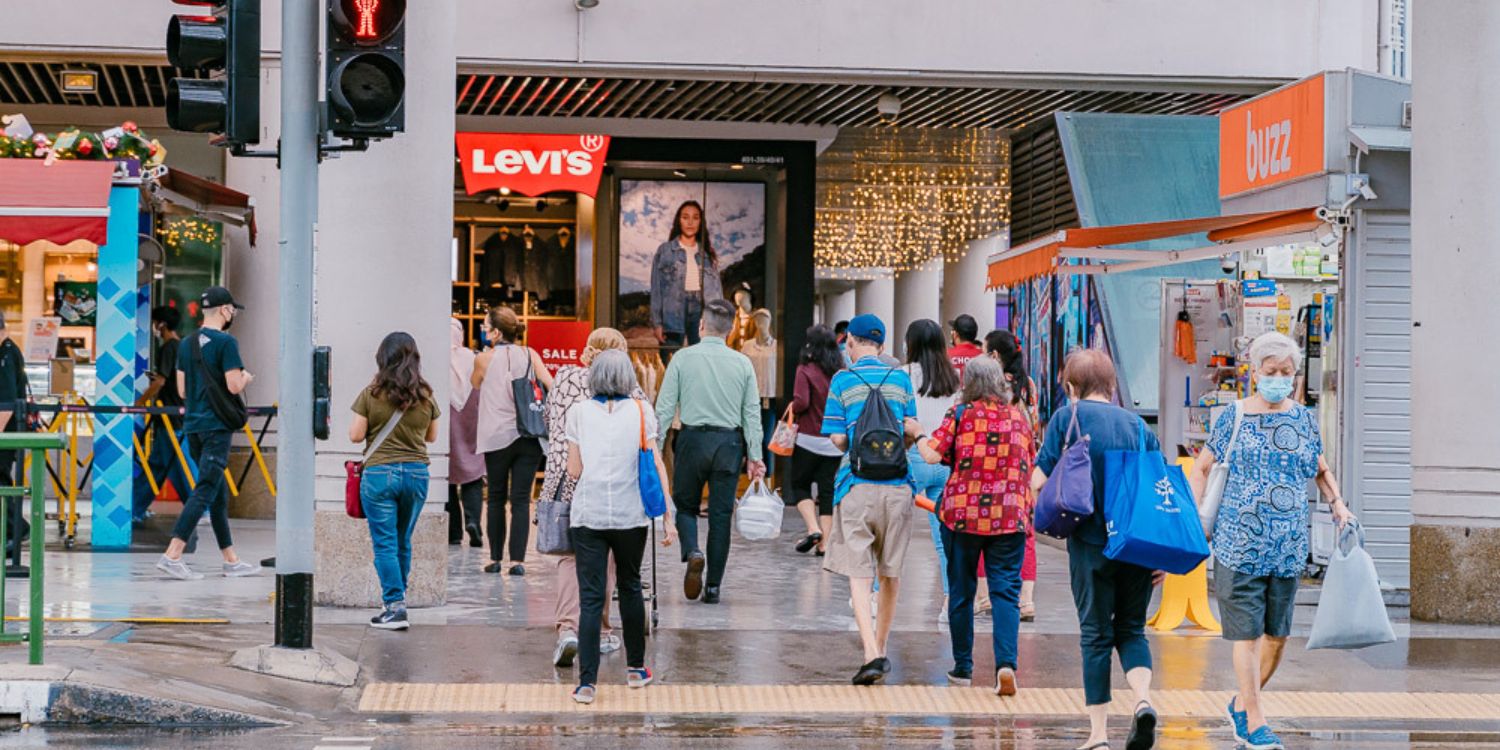 Perhaps giving them the benefit of the doubt should no longer be the way to go.

Racism More Common Among Older Folks Due To Lack Of Awareness, But It Can Be Unlearnt

By now, enough incidents have cropped up in the news for Singaporeans to acknowledge that racism still exists in our famously harmonious, multiracial country.

While the perpetrators who made it to the list of infamy come from various backgrounds, a common observation is that many tend to be older folks, or boomers, if you will.

Take this recent case of an auntie caught making racist remarks on a livestream for example.

The calmness with which she delivered her shocking statement may seem disturbing to some, but to others, it could be an indication of a larger problem among people in her age group.

Rather than seeing such remarks as offensive, boomers have spent most of their lives hearing the comments being passed around nonchalantly without anyone chastising them for it.

And because of the lack of awareness, some people may be willing to forgive them.

But in an age where information is easily accessible, perhaps giving them the benefit of the doubt should no longer be the way to go.

Older folks may not be as sensitive to racial issues

Singapore’s multiracialism isn’t new – our parents and grandparents grew up in such a society. More importantly, most – if not all – of them saw our nation through the turbulent years during which we struggled to establish peace and harmony.

Back then, uttering snide remarks to or about someone of a different race was probably normal, as tensions were often high.

Even as the animosities faded with time, such perceptions prevailed in the form of stereotypes, which some, unfortunately, impart to their children. As a result, their children grew up with assumptions about certain races that may manifest in their daily interactions.

Such actions include steering clear of migrant workers on public transport, socialising only with friends of the same race, and expressing surprise when someone’s personality or behaviour deviates from the supposed ‘norms’ of their ethnic group. 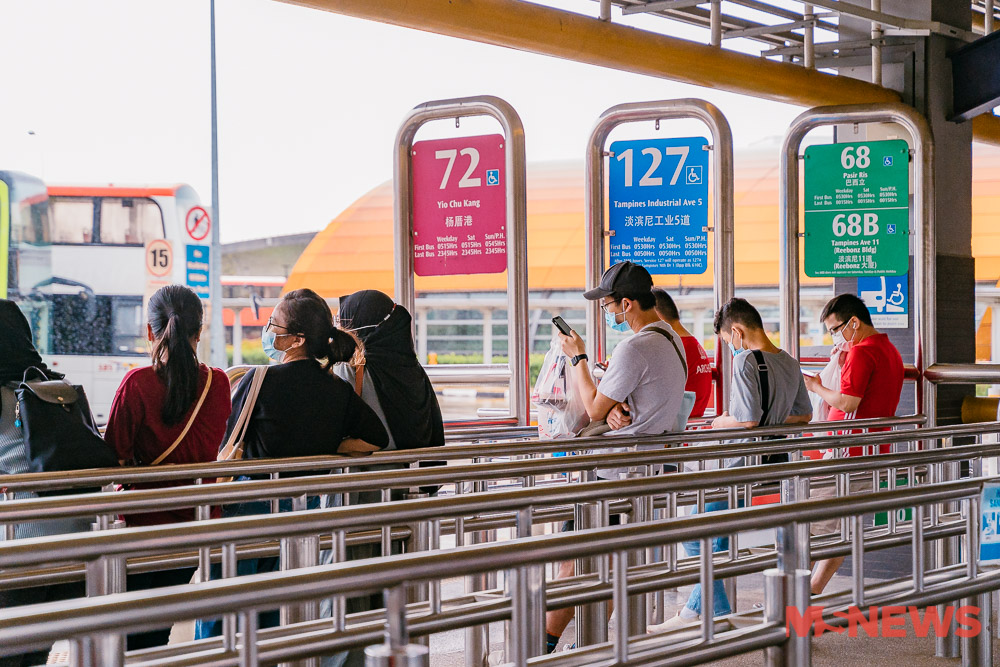 While such examples are relatively subtle, older folks who’ve held on to such beliefs all their lives may not see any issue with vocalising their thoughts. A possible reason for this is that they’re indifferent toward the matter.

A joint study by Channel NewsAsia (CNA) and the Institute of Policy Studies (IPS) earlier this year found that older respondents in particular were “not affected” by race-related incidents in the news.

When asked if they’d make a police report if they had a racist encounter, older folks “tended to be more ambivalent”. The CNA-IPS survey also noted that this group of respondents commonly expressed fatigue in discussing race and racism.

Society not as critical of racism from older Singaporeans

Understanding their attitude towards race and racism will be a whole other endeavour. But we can glean from the findings that older folks see no harm – and very likely mean no harm – when they make race-related utterances.

On that ground, some people may be inclined to forgive them for the things they say. Because they don’t see the racism in their remarks, they’re not intentionally racist.

This seemed to be quite a common reaction to the livestream auntie incident, where she was caught accusing Indians of being rapists.

Despite the harsh comment, several Facebook users felt that the auntie’s words were just reflective of the era she grew up in. And since she’s pretty much set in her ways, there’s no use trying to change her.

Many seemed aware that old folks in Singapore tend to display such behaviour – this auntie was simply unlucky that she got caught.

Even so, the criticisms towards her weren’t as relentless as those that rained on Dennis Chew and Preetipls in 2019’s ‘Brownface Saga’.

So the question then arises – why the leniency towards some more than others?

Important to call out racism among older individuals too

Perhaps, as younger people, we’ve grown so accustomed to receiving unsolicited remarks from our elders that we’ve learnt to simply brush them aside.

But we must remember that these elders are raising children and grandchildren of their own too — kids who will one day shape our society and interact with our friends and family.

Children will likely follow the examples that these elders set for them, at least until they learn to form their own ideas. 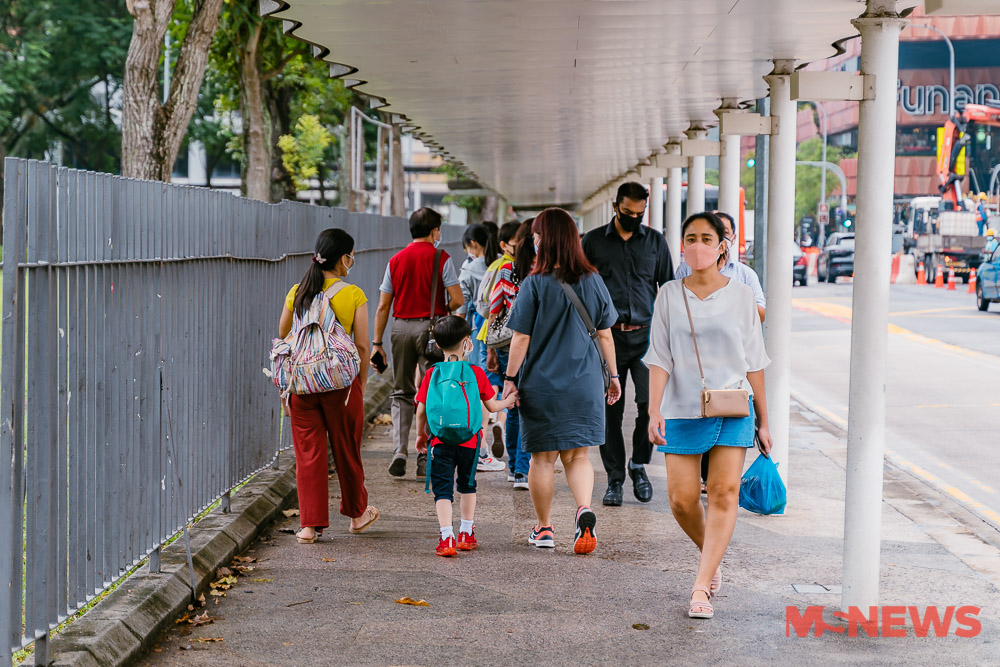 A study by Nanyang Technological University (NTU) in 2021 found that preschool children “can develop racial preferences by the age of three, especially if they belong to the majority race”.

Since children are impressionable, one need not wonder where such preferences come from.

Hence, to see no point in correcting older Singaporeans’ misconceptions is as good as failing to nip a potentially rooted problem in the bud. If their attitudes are contributing to racism in our country, then we should take up the responsibility of educating them.

As PM Lee said in his 2021 National Day Rally speech,

While he acknowledged the older generation’s fear that discussions could lead to disputes, PM Lee recognised that times have changed, and Singapore is “mature and stable” enough for us to work on improving the status quo.

We must talk about racial and religious issues more openly and relook our policies and assumptions afresh.

Therefore, to maintain stability while progressing, it’s important that we address pertinent issues rather than sweep them under the carpet.

Advising elders about racism not a lost cause

Indeed, we couldn’t possibly guarantee that calling older folks out for their racism will solve the problem fully.

But helping one elder at a time to understand the problem with having such mindsets is better than doing nothing at all. Who knows, they could influence their families and peers too, and create a positive domino effect in the community.

So the next time you encounter someone older behaving in an unpleasant manner towards someone of a different race, don’t hesitate to confront them about it.

Of course, do so tactfully and with respect, keeping in mind the possibility that they may not be aware of the implications of their actions. Perhaps by showing sensitivity to them while informing them, can we help them to unlearn their old habits.

Note: The views expressed within this article are the author’s own.