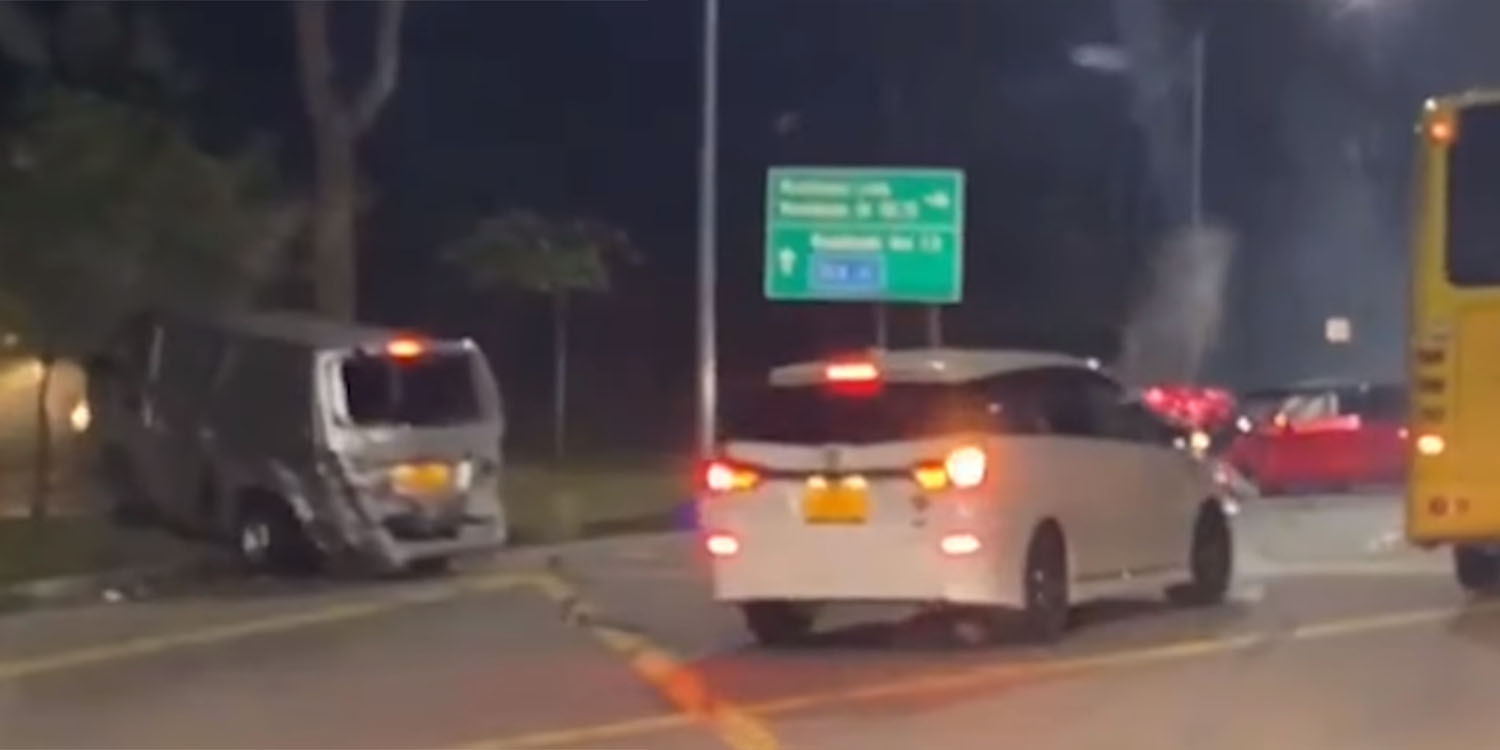 Speeding is extremely dangerous and can lead to severe injuries in some situations, even death.

On Friday (23 Oct), a red Audi was seen speeding along a road in Woodlands when it crashed head-on into a van making a U-turn.

The impact of the collision sent the van into a pirouette and wrecked the Audi’s front bumper. Some netizens uploaded footage of the accident on Facebook.

In a video uploaded on ROADS.sg, a red Audi was seen speeding along the right-most lane of Woodlands Avenue 12

Ahead was a van making a U-turn into the Audi’s lane.

However, the car ended up rear-ending the van, causing it to spin a few times.

The back of the van also sustained heavy damage, and may have narrowly avoided hitting a tree on the side of the road.

SCDF told MS News that a total of 7 people were involved in the accident, 4 of whom were sent to Khoo Teck Puat Hospital.

“On 23 October at around 8.05pm, SCDF was alerted to a road traffic accident along Woodlands Avenue 12 before Woodlands View. SCDF conveyed 4 persons to Khoo Teck Puat Hospital. SCDF assessed 3 persons and they subsequently refused conveyance to hospital.”

ROADS.sg shared footage of the aftermath, where it seems a few people were being tended to.

While we don’t know how quickly the red car was driving, accidents can come about due to an inability to control cars at higher speeds.

At the same time, the van should not be u-turning into the lane without giving way to the cars driving straight.

Hopefully everyone involved is safe and that they recover fully from their injuries.