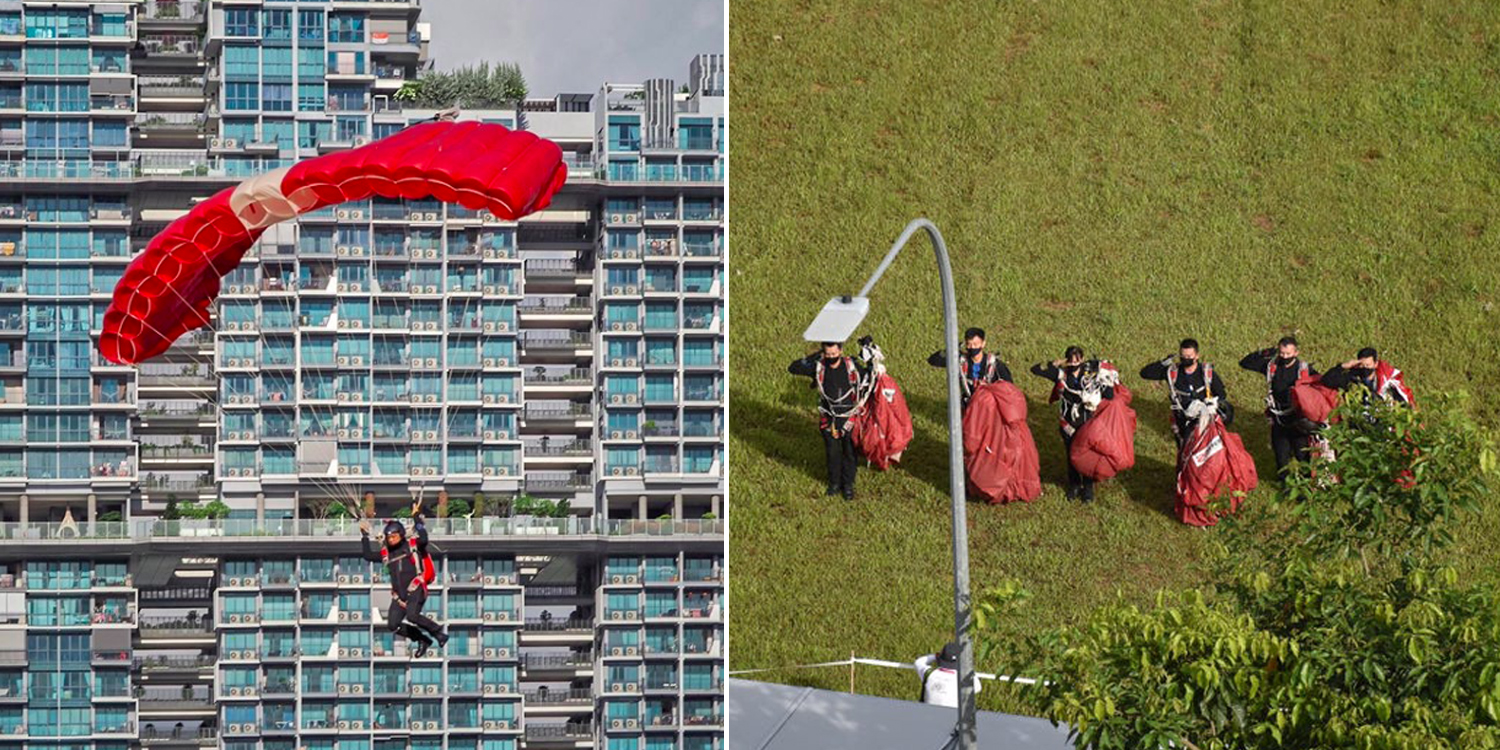 With Singapore’s 55th National Day is descending upon us (9 Aug), a group of parachuters are doing some descending of their own.

The Singapore Army’s Red Lions – often a crowd favourite during National Day Parades (NDP) – tend to free-fall into the hearts of Singaporeans every year.

This time, they are falling straight into our heartlands. Over the past weekend (18 Jul), Singaporeans have sighted billowing red parachutes and the Singapore flag streaking across the skies of Jurong East and Sengkang. 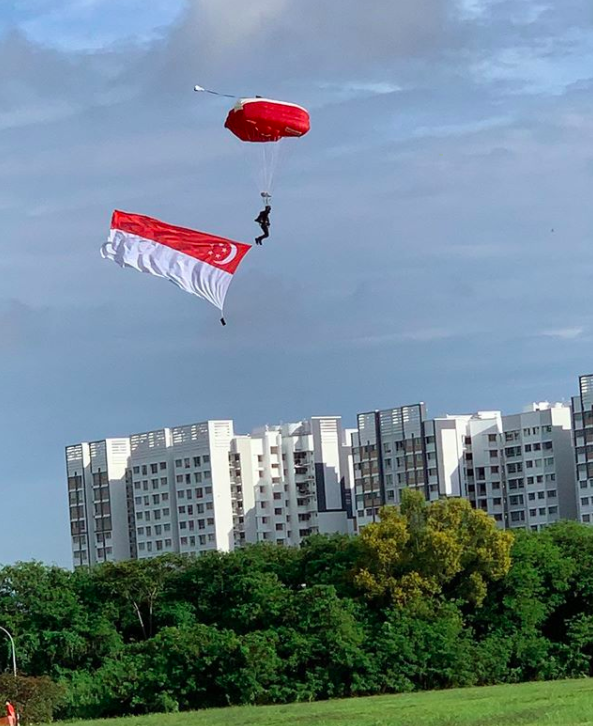 According to Lianhe Wanbao, such a gesture is to pay tribute to the medical staff on the frontlines. 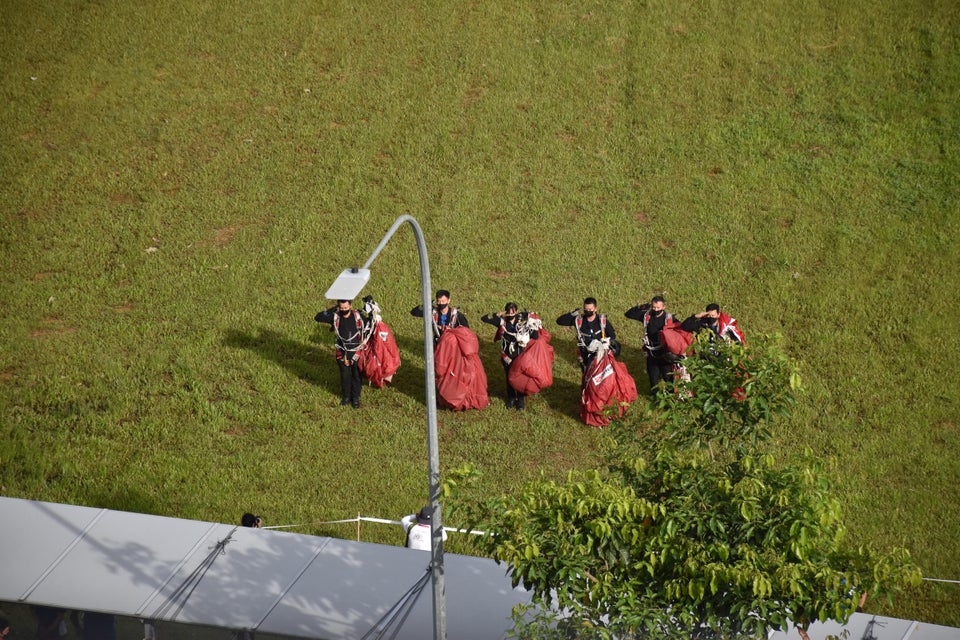 Red Lions in heartlands for the first time

In light of COVID-19, being versatile is increasingly important as people adjusted to new norms. So too will our annual parade need to be adaptable.

This year’s NDP will see large-scale rallies and celebrations being traded for something closer to home — literally. 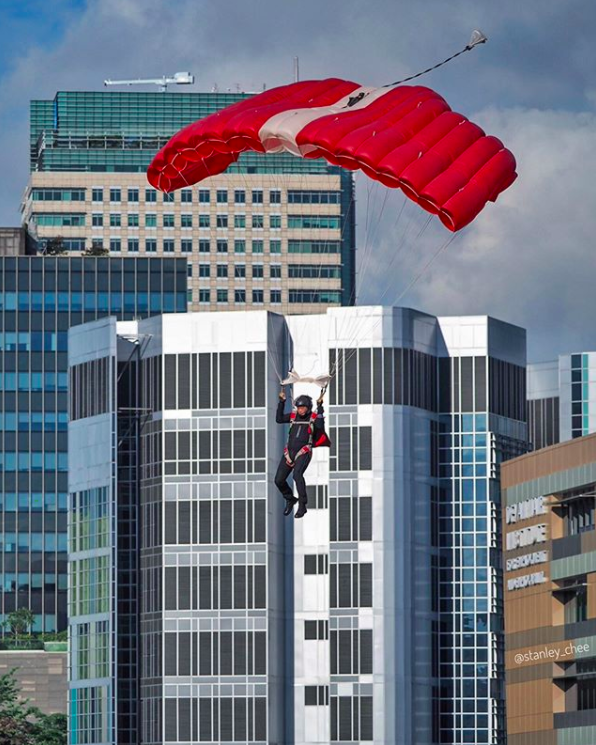 Where else to promote a community spirit than in the community itself? 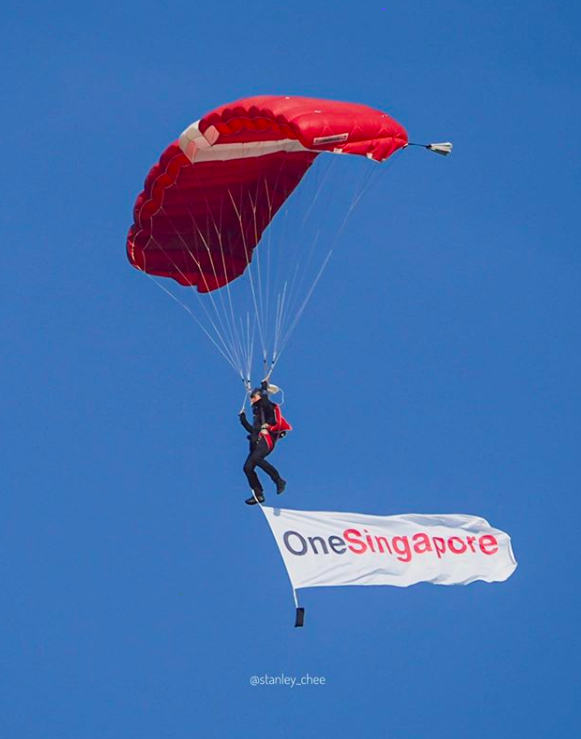 While it was a refreshing sight, it is still a feat to be reckoned given the prevalence of high rise buildings in Singapore’s cityscape. Kudos to the Red Lions team for navigating such a tall order.

Bringing NDP into our homes

The parachuting spectacle is just part of the bigger performance that is in store for the people of this little red dot.

The team behind NDP2020 has mentioned that that this year’s celebration will be brought into every Singapore home instead. A teaser of its “digitalised and immersive” features was revealed, and that residents can catch familiar favourites and features both in person and through live broadcasts.

With only a few more weeks left until the celebration, we wish all those involved in preparing for the programme all the very best, and convey thanks for their effort.

One more rehearsal on 1 Aug

A celebration in unprecedented times also means that the performances will also be entering uncharted territories — and skies.

Until the official celebration comes around, family platform BYKidO had said that there will one more rehearsal by the Red Lions on 1 Aug.

Perhaps if one is lucky, you will be able to see it through your very own window.