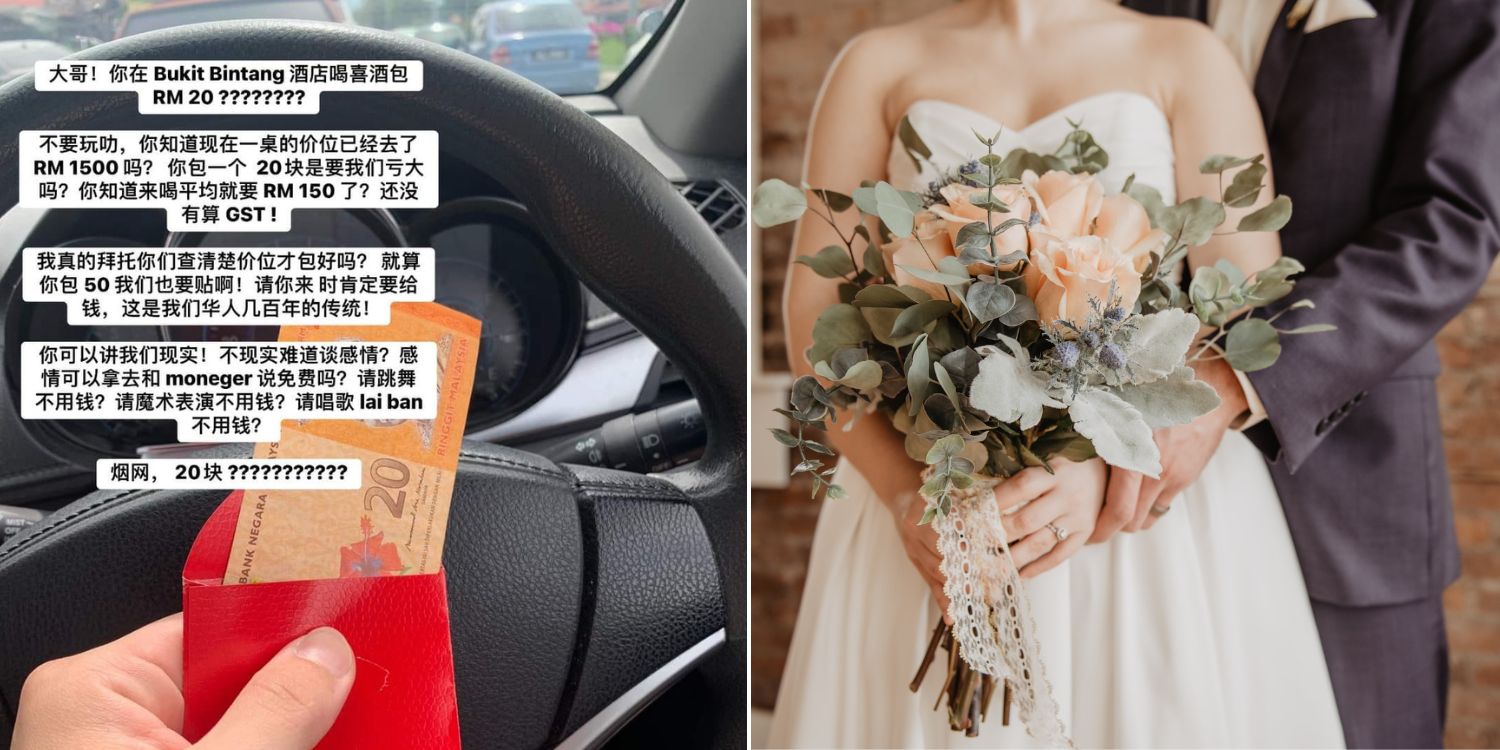 They even accused the guests of being afraid to fork out the money.

Weddings are a grand affair and are usually expensive to host. Thus, it’s part of Chinese tradition to present the couple with a red packet to contribute towards the wedding expenses.

Unfortunately, while this Malaysian couple did receive a red packet during their nuptials, the contents included only a measly RM20 (S$6).

As a result, one of their friends took to social media to criticise the guests who gave the angbao, even accusing them of ruining Chinese tradition.

On Sunday (4 Nov), a Facebook user posted a lengthy rant in Mandarin on the group Tarc Confessions. According to China Press, he was a friend of the newlyweds.

He posted a photo of the red packet containing RM20 (S$6), calling out the guests responsible for gifting it. “Do you think attending a wedding is the same as eating caifan?” 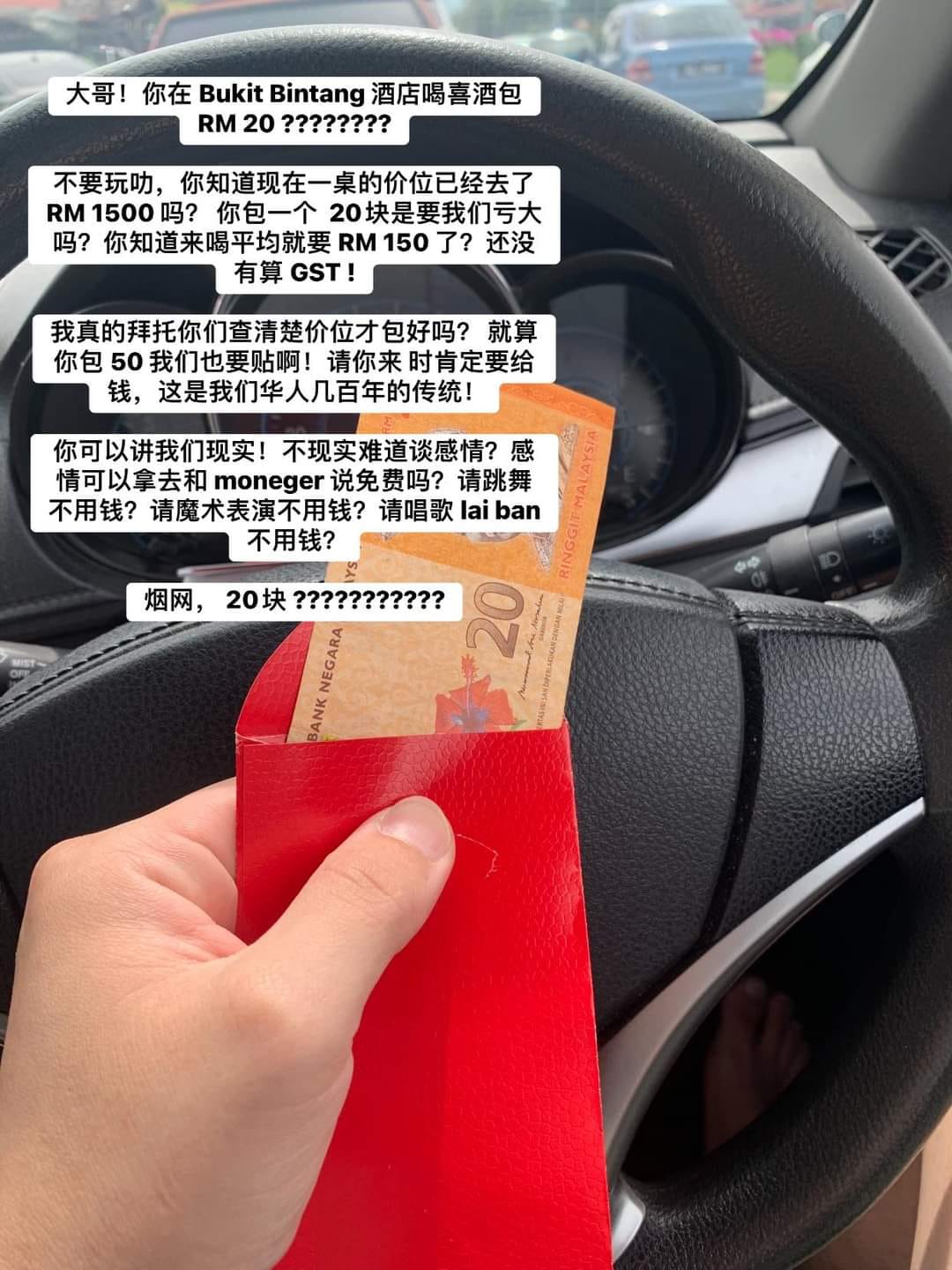 In the caption, he addressed the guests, questioning how they could give such a “miserable amount” for drinking and celebrating at a hotel in Bukit Bintang.

The average price per person per table was RM150 (S$46.22) without Goods and Service Tax (GST). Hence, he urged the guests to double-check the average wedding costs before packing the angbao.

The OP also emphasised that the couple spent a lot of money on the wedding, claiming the guests were probably afraid to fork out the money.

“If you don’t want to give the money, at least buy a decent gift! We’ll even accept a hug!” they exclaimed.

According to the friend, the guests secretly passed along the red packet without writing their names.

“You thought that we were too busy and wouldn’t notice, but we recognised it and still didn’t call you out on stage,” he said.

Clearly exasperated with the guests, he listed how the table, singing, dancing and venue layout all added to the wedding expenses.

With this considerable sum, the newlyweds would suffer heavy losses, he fumed.

If someone came to your wedding and did the same, would you feel happy?

Lastly, to add insult to injury, he accused the guests of ruining an age-old Chinese tradition.

However, most netizens disagreed with the OP’s way of thinking.

For instance, this netizen pointed out that money shouldn’t matter, as the main point of inviting guests was to celebrate the couple’s union.

Sometimes, others may face difficulties we are unaware of, they added.

Another netizen even compared the situation to their own life, saying their friend held their wedding at a five-star hotel with 100 tables. Instead of red packets, the couple asked for the guests’ blessings, they stated.

This netizen chided OP, saying that it was still money, be it RM5 or RM20.

They remarked that if the OP just wanted to use the wedding to earn money, they should have said so.

Another cheeky netizen quipped that they would give OP RM200 (S$61.79) if they had a second wedding.