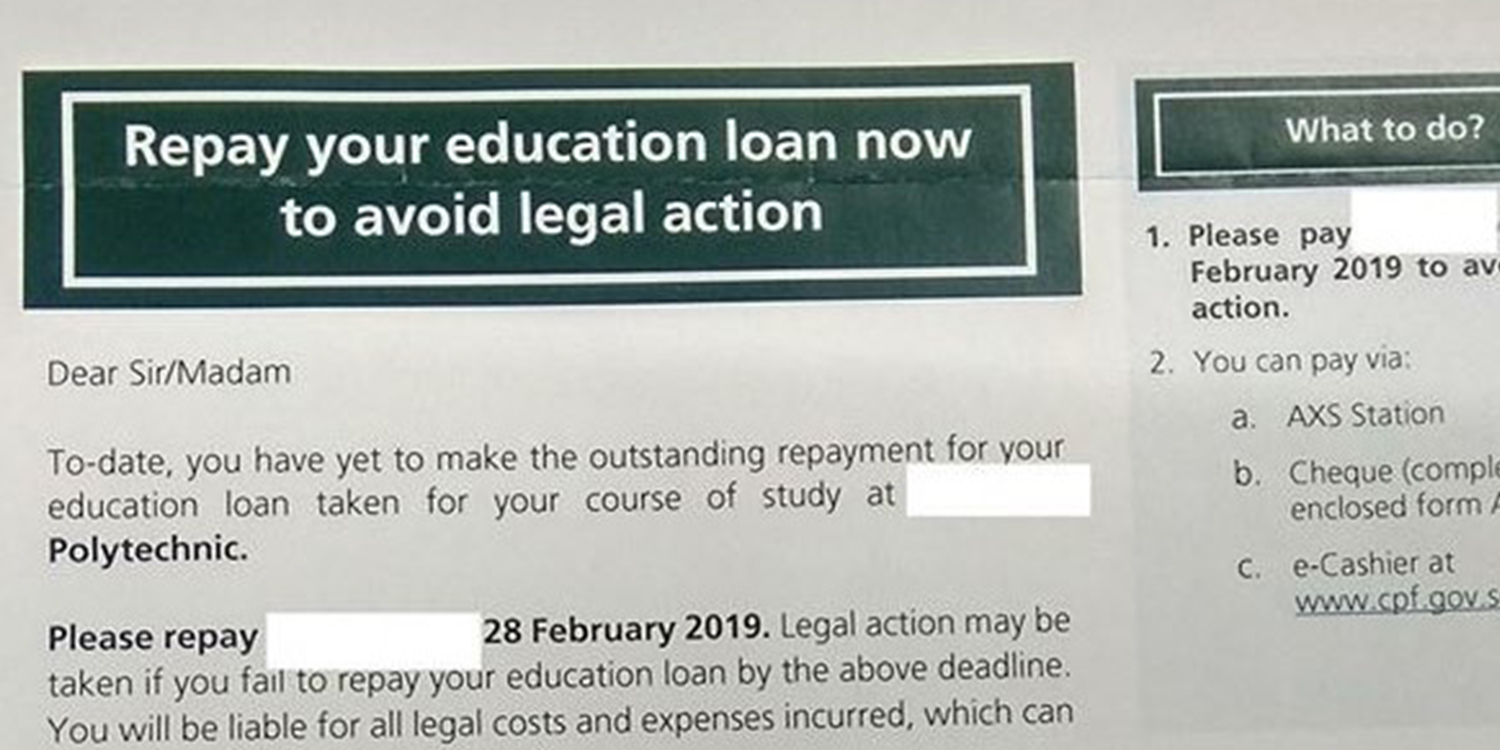 A loan is a loan.

Lady Told To Repay Education Loan From CPF With Interest

The Central Provident Fund (CPF) has been a controversial issue since its introduction to Singapore.

Recently, a lady complained on Facebook about having to repay her loan to CPF after taking money out under its education loan scheme. 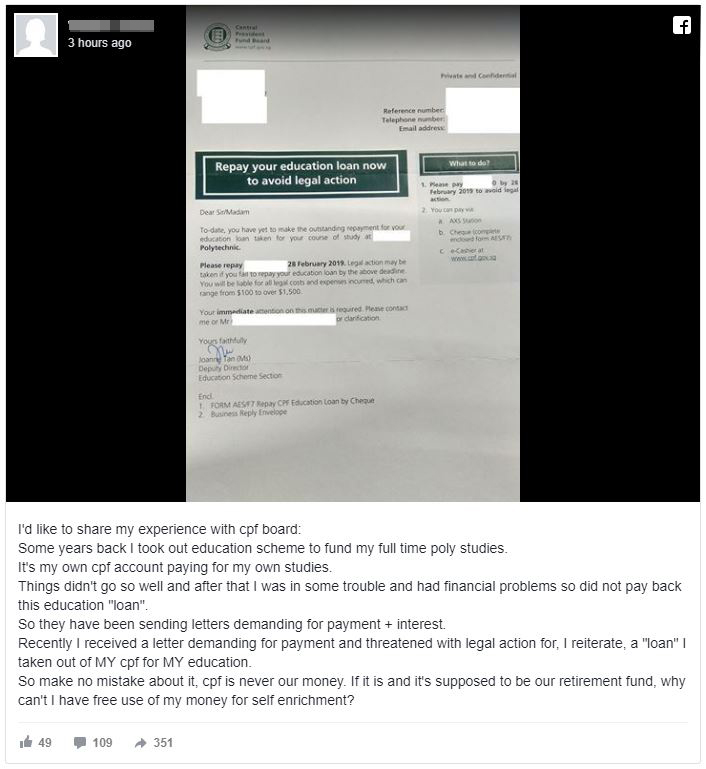 The lady had applied for the education scheme a few years back to pay for her polytechnic fees. The scheme lets you use your CPF money to pay for your own, your children’s or your spouses’ tuition fees.

However, because of financial constraints, she was unable to repay the loan. This resulted in her receiving letters CPF warning her that if she continues to fail to pay, it will have to take legal action against her.

She then asks in her post why, if the money is meant for her in the future, couldn’t she use it now for her education.

Netizens explain that CPF is not in the wrong

One netizen commented that just like any loan you take, you will need to return money. CPF is no exception.

Another netizen further explains that the interest will ensure that the money is returned and she is not shortchanged of her retirement funds. After all, the retirement sum is reserved for her retirement.

Also regarding the interest on her loan, one netizen said that she should’ve read the terms and conditions before taking up the scheme.

A quick look at CPF’s official website tells us that there is indeed an interest rate on the loaned amount.

A suggested way out

Instead of taking sides, one netizen decides to try and help her out of her predicament. Here is the summarised version what makes you eligible for the waiver.

Migration is the only way out

Unfortunately, it looks like her only option is migrating.

She mentioned that she took the education scheme merely “some years back” for polytechnic education. This means she probably fails the first age criteria.

Furthermore, she mentioned that her reason for not paying was due to her financial problems, not failing health. She does not qualify for the second criteria as well.

So she’s left with the last option — migrate. Otherwise, she’ll eventually have to repay the loan.

Hopefully, the lady manages to work something out with CPF.

Sea Turtles Hatch Near Changi Coast Cycling Path, Passers-By Rescue Most Of Them