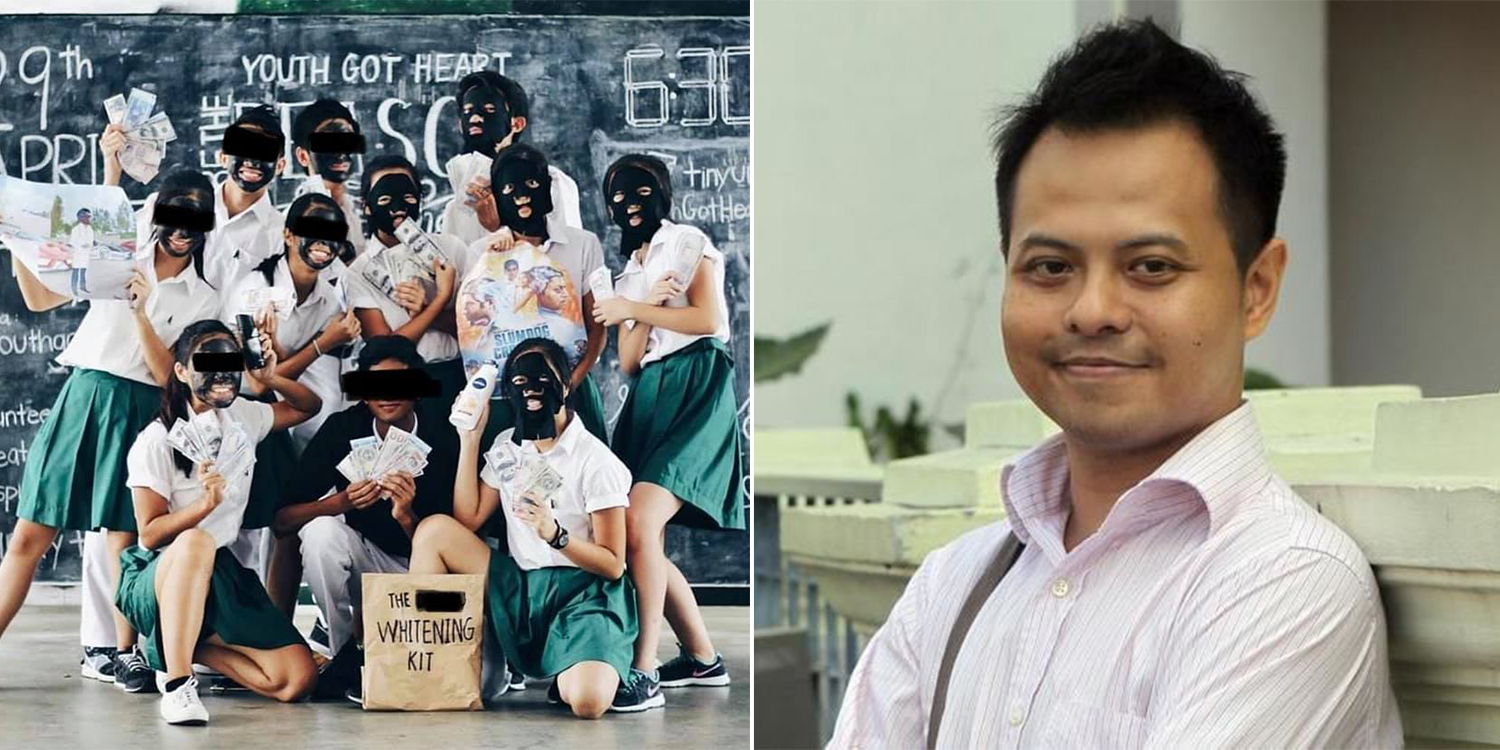 They pledge to "unlearn" their behaviour and educate others on racism.

On Wednesday (3 Jun), a picture from 2016 resurfaced on the Internet, showing a group of RI students in uniform with their faces painted black. 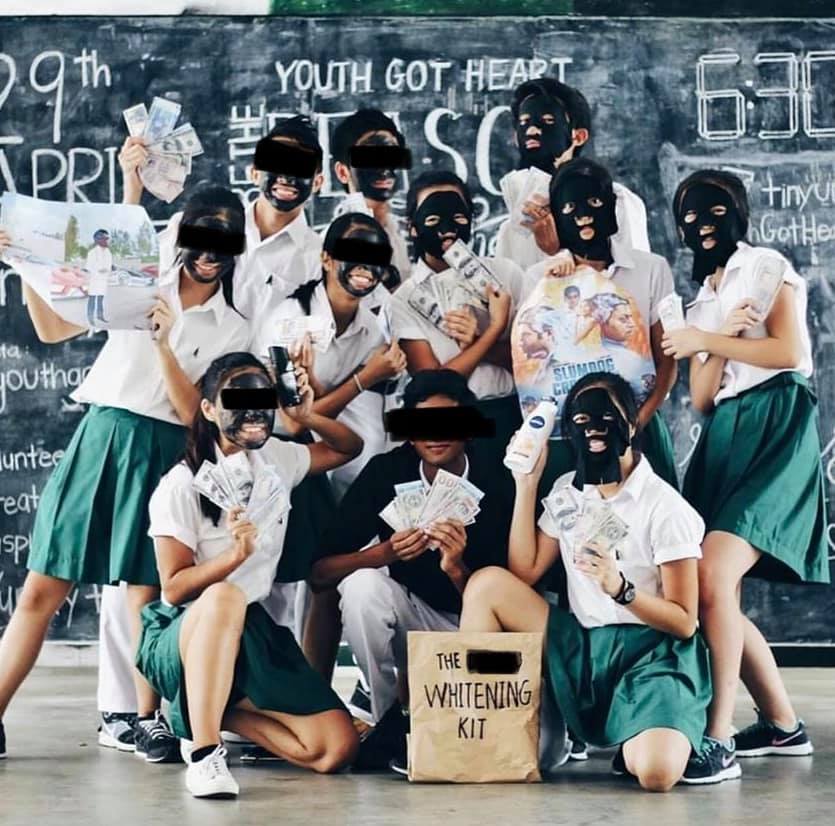 While the original post was deleted, the picture has continued to make its rounds, leading to many posting their own thoughts about racism in Singapore.

The last thing something like this happened was the “brownface” saga, where a local actor donned a tudung and seemed to make his skin darker. Similarly, this incident got many talking on social media.

Playwright and alumnus of RI Alfian Sa’at shared his thoughts on Facebook on Wednesday (3 Jun), talking about his own experience as a student in the “elite school”.

Mr Alfian’s post received a vast amount of attention, and soon after, the students involved in the incident sent an apology to him, promising to “(unlearn) these behaviours” as well as educate themselves more. 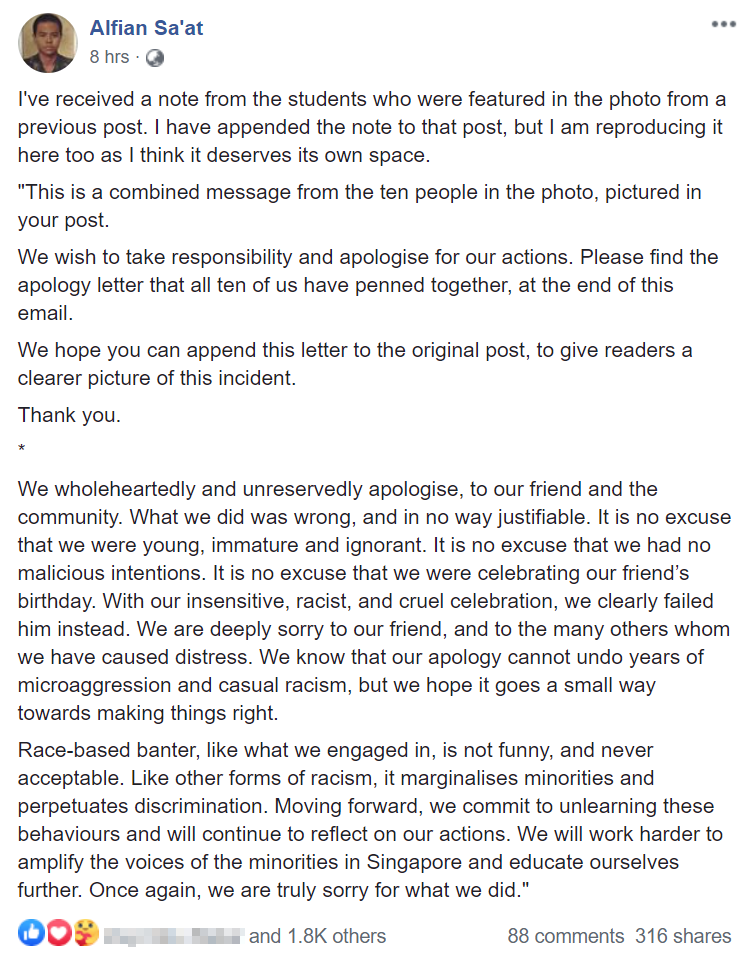 Read on for our summaries on both sides.

Mr Alfian describes feeling revulsion and shame when he saw the blackface picture, as he went to the same school. 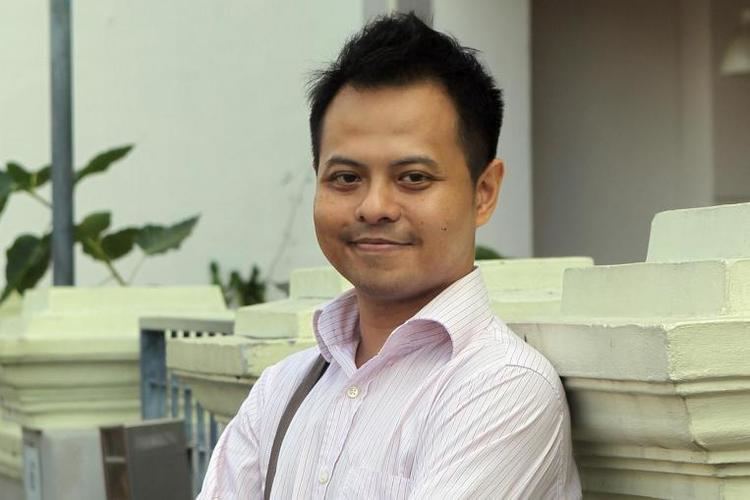 He then goes on to describe his experiences at RI and Raffles Junior College — while he felt he thrived there due to his love of theatre, he also felt like he tolerated many incidents of racism there.

There were race-centred jokes with a layer of supposed wit but with racism at their core.

He’d also turn into a “spokesperson” of his race and religion for his schoolmates, due to him being a minority student.

We take it to mean that they may have been putting him on the spot because of his status as “the only Malay guy in the room”.

Despite the pain he felt from seeing the photo and revisiting his experiences, he urged netizens to not doxx the students as doing so wouldn’t solve the issues he brought up.

On Thursday (4 Jun), the 10 students involved in the picture emailed Mr Alfian with a joint apology, after which he included it in the original post.

In the statement, they rejected the excuses of being young, immature or ignorant for what they did. They accepted that they were completely in the wrong, and had “failed” their friend, as well as others they caused distress to.

While they said the apology cannot “undo years of microaggression and casual racism”, they hope it’ll be a small step to making things right.

Moving forward, they said they’d commit to unlearning the racist behaviors they engaged in and also keep reflecting.

Another one of the students, who appears to have uploaded the original photo on Instagram in 2016, also apologised and deleted the post.

He also pledged to educate his friends about racism in Singapore.

A step forward in tackling racism in Singapore

Racism is a topic that can be very difficult to discuss without things getting heated.

However, this incident shows that we can talk about racism and commit to action to prevent them.

More measured discussion, as well as education, are key to combating racism in Singapore.

We’re thankful to the voices who have spoken up against racism. Hopefully, this incident can be a step forward in the right direction for everyone, and if we do have learned behaviours, we can also unlearn them.