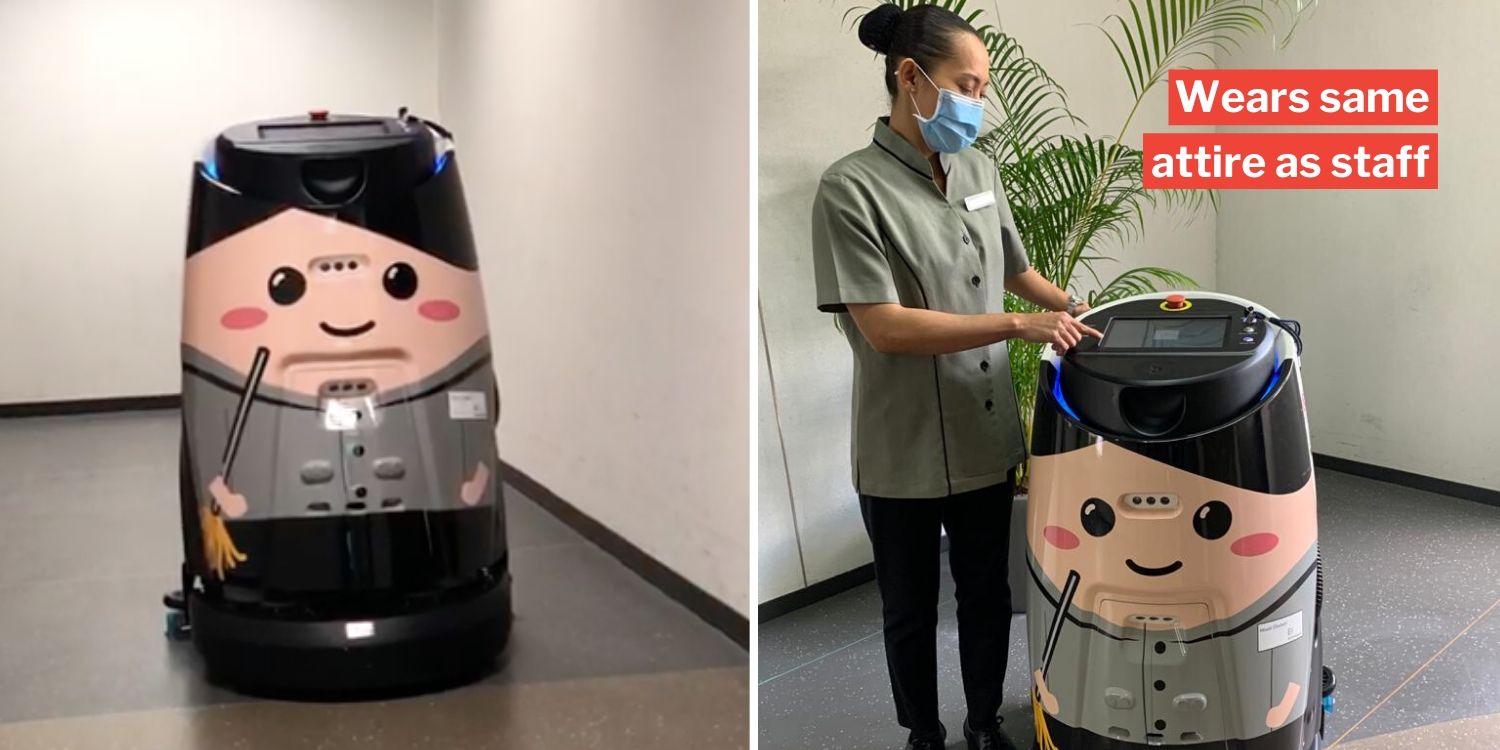 As Singapore enters Phase 1 of reopening, many Singaporeans are finally heading back to their workplaces.

Mr Shunda Lee, who works at Mount Elizabeth Hospital (Mount E), was one of them.

But in addition to being greeted by his colleagues, Shunda also met an adorable robot roaming around his office, which resembled a LEGO character.

Turns out, this fun-sized machine is actually a cleaning assistant and even ‘wears’ the attire as the cleaning crew to look the part! 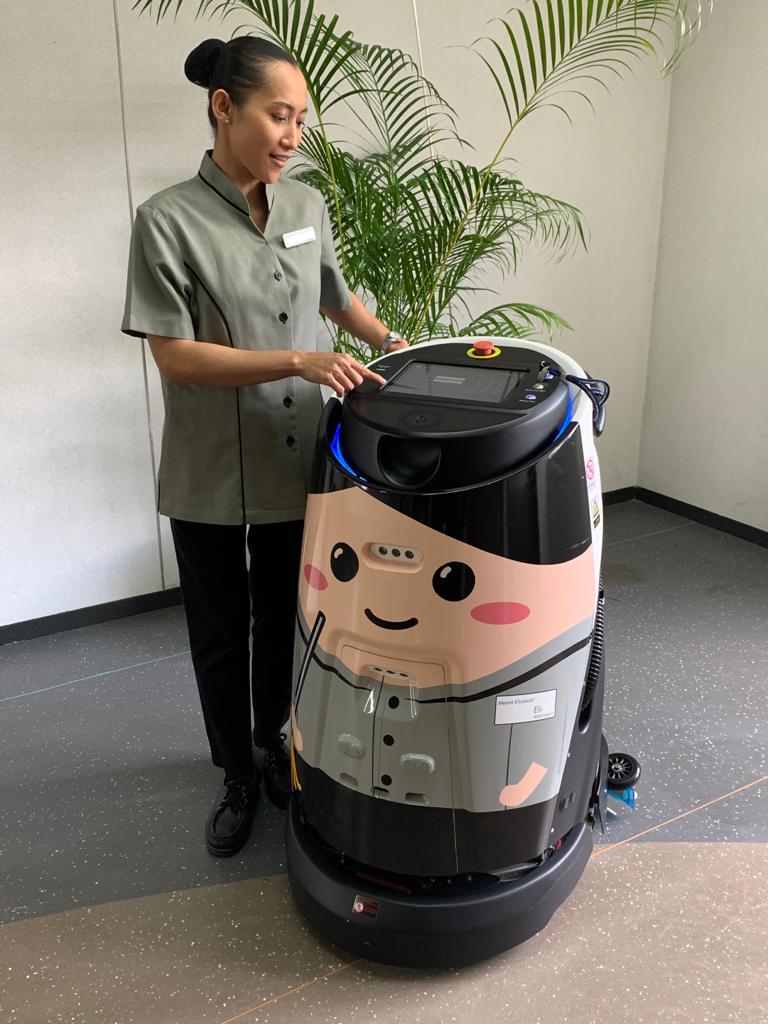 According to Parkway Pantai, which operates Mount E, the stout assistant is named Eli and has been patrolling the hospital since Jun 2019. 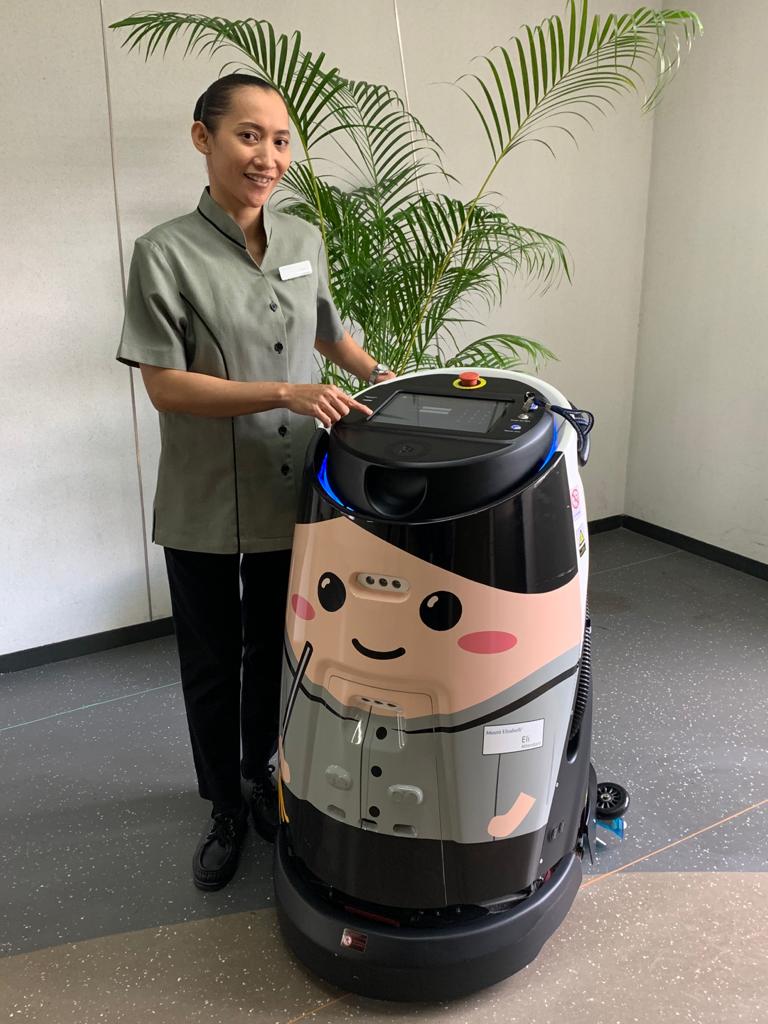 As you can tell from the mop she wields on her right ‘hand’, Eli real job revolves around scrubbing and keeping the floors clean. Though it’s not part of her job scope, she also helps by being a welcoming presence for those working in the hospital.

Like a smart vacuum cleaner, Eli is capable of travelling around the building without any human intervention. 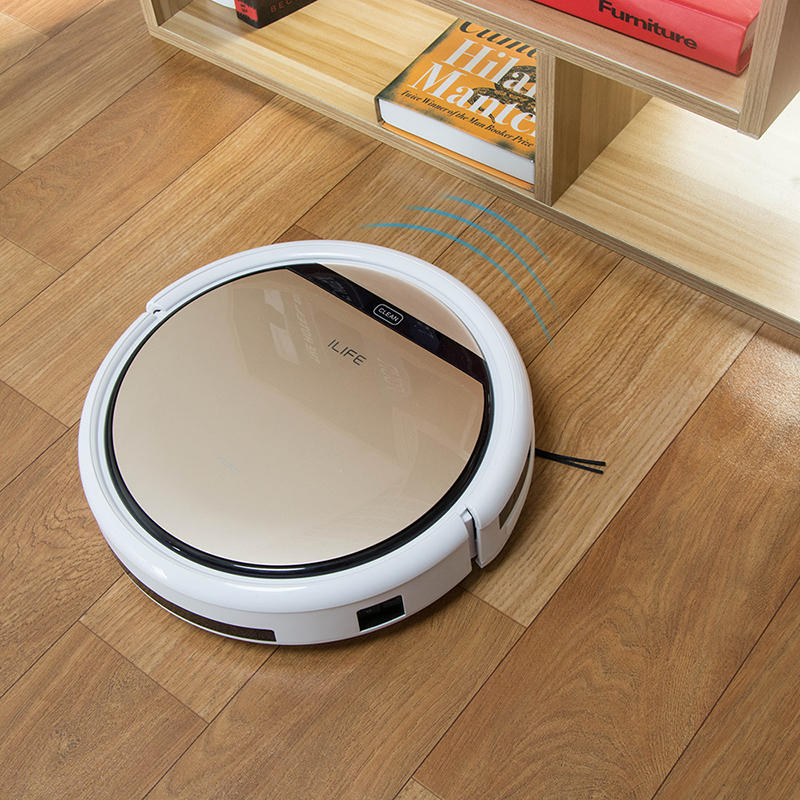 As of now, Eli is the only robot cleaner that’s ‘dressed up’ in Mount E. 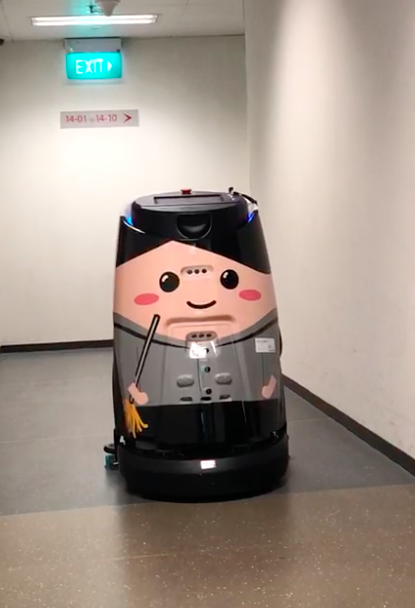 That said, Eli also has 2 robotic friends ‘working’ at Mount Elizabeth Novena Hospital, though they sadly don’t have the privilege of donning the grey attire.

Roaming robot cleaner made our day

Chances are, Eli is arguably the cutest cleaning assistant you’ve ever seen. More importantly, it’s nice to hear that it’s a diligent cleaning sidekick for the human attendants too!

PUB’s Talking Robot At Bedok Reservoir Is Now A Safe-Distancing Ambassador, Reminds People Not To Loiter