The Embassy said they're counter-productive to speedy and peaceful settlement of the conflict.

Since the invasion of Ukraine began, many countries around the world have responded by imposing sanctions and controls on Russia.

On Monday (28 Feb), Foreign Minister Vivian Balakrishnan announced that Singapore will be imposing its own set of sanctions and restrictions against Russia.

Later that day, the Russian Embassy in Singapore responded to the announcement and said the sanctions run against the friendly ties between both countries. 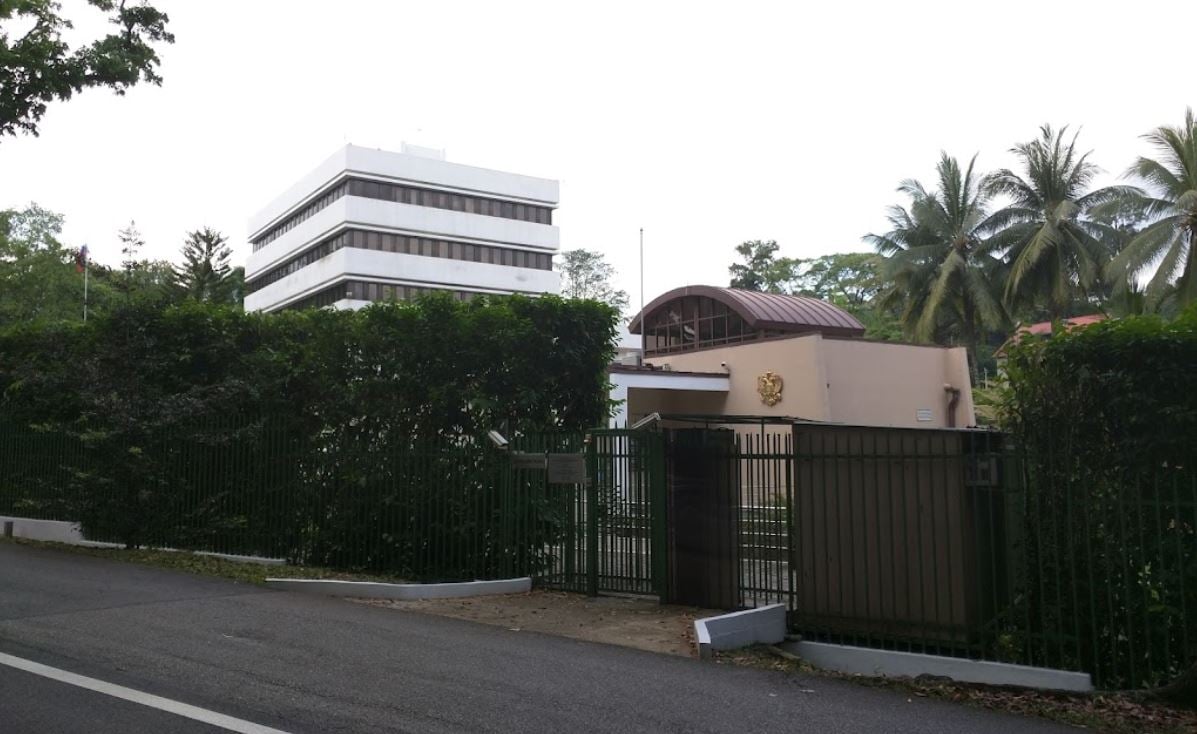 The Embassy also said they’re counter-productive to the speedy and peaceful settlements of the conflict.

On Monday (28 Feb) evening, the Russian Embassy in Singapore released a statement regarding the sanctions announced just hours earlier. 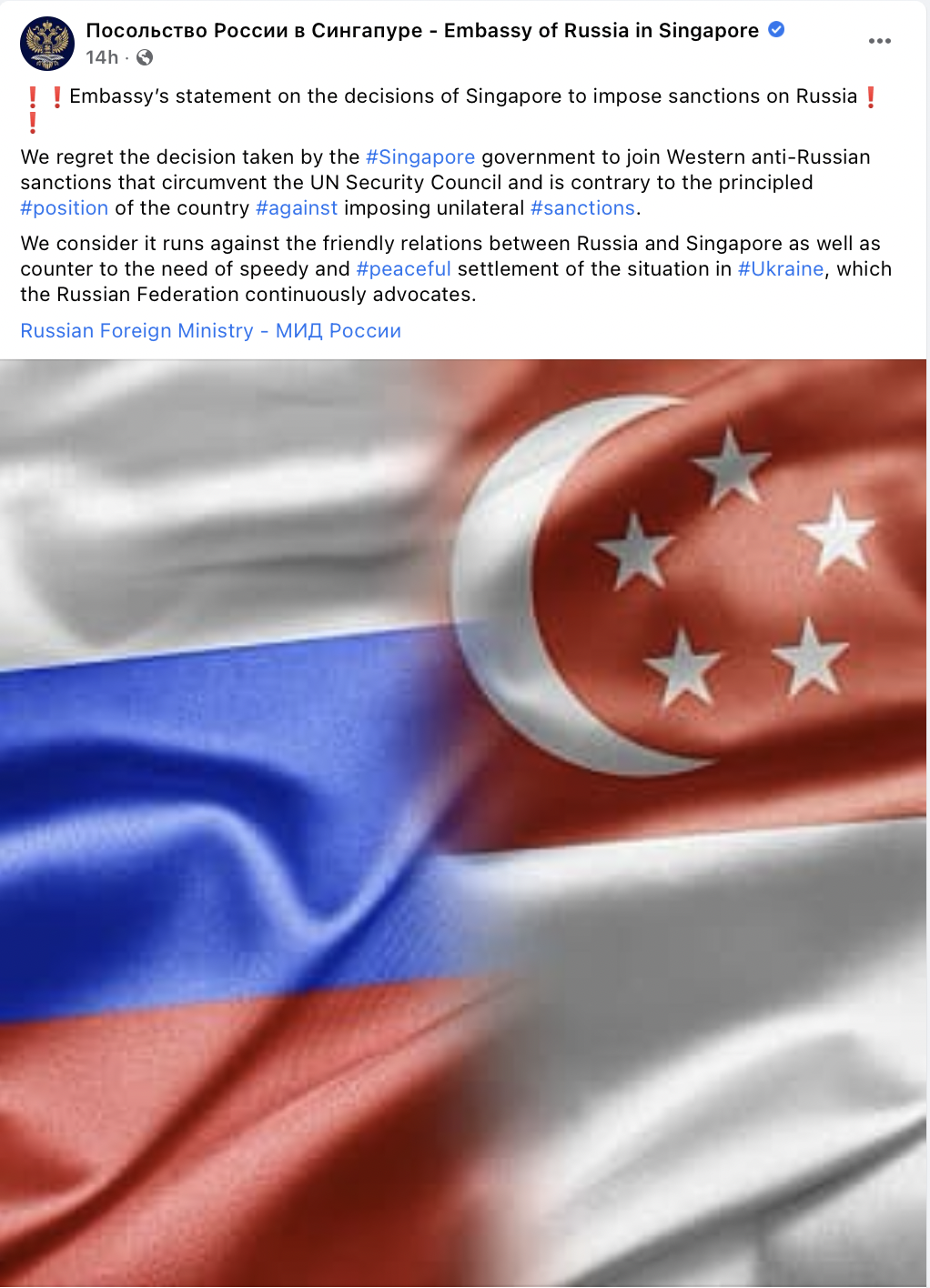 Additionally, they said the sanctions were contrary to Singapore and Russia’s “friendly relations”. They also claim that it will hamper the speedy and peaceful settlement of the Ukraine situation.

In the comment section, the German Embassy in Singapore said, on behalf of France and Poland, that they stand in solidarity with Ukraine.

In a Parliamentary statement on Monday (28 Feb), Dr Balakrishnan announced sanctions and restrictions against Russia over the recent invasion of Ukraine.

Particularly, Singapore will be placing export controls on items that could potentially be used as weapons in Ukraine.

Additionally, Russian banks and financial transactions connected to Russia will also be blocked. 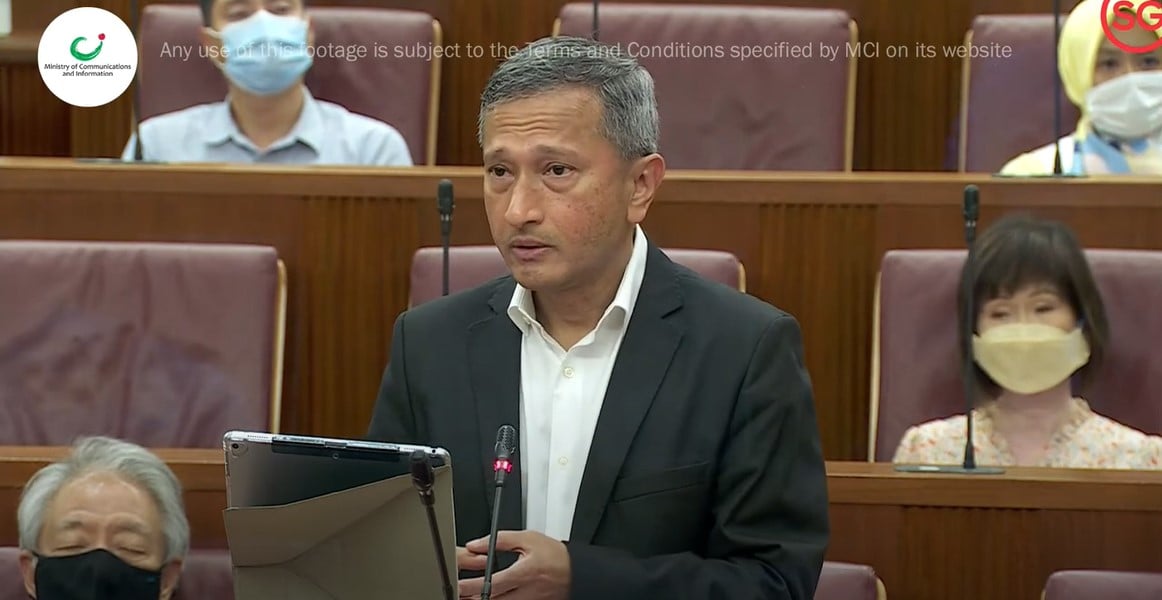 Dr Balakrishnan justified these sanctions by saying that Singapore cannot accept the unjustified attack of one country on another. He said that doing so violates the sovereignty and territorial integrity of another sovereign state.

Singapore will continue taking a strong stance against the invasion of Ukraine and work with ASEAN and international partners.

However, Dr Balakrishnan preempted that standing up for Singapore’s beliefs can have consequences.

He stressed that Singapore has to be ready to face them and support each other amid the crisis.

Hope the situation will deescalate

Safe to say, the sanctions announced will likely not be ideal for Singapore’s ongoing ties with Russia.

However, difficult measures have to be made during these extraordinary times in order to stand up for principles that our nation believes in.

Hopefully, the situation will deescalate and no more innocent lives will be lost.