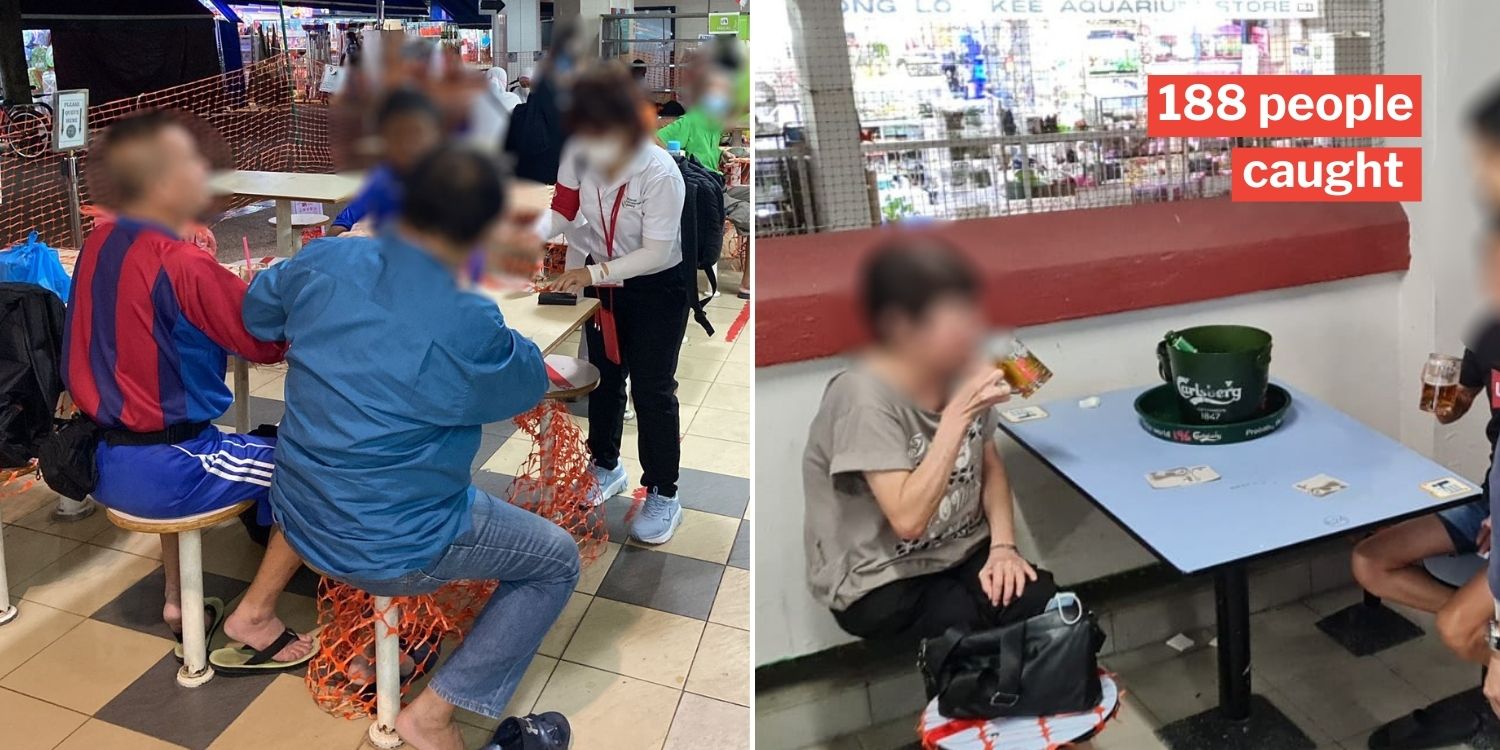 Groups at these centres tend to linger and don't follow SMMs.

Offences Include Groups Over 2 Pax, Drinking Alcohol After 10.30pm

As Singapore battles a surge in Covid-19 cases, infections have been found in many hawker centres across town.

Combined with the fact that many seniors frequent these places, safe management measures (SMM) are all the more important to keep the virus at bay.

To that end, National Environment Agency (NEA) officers fanned out across multiple hawker centres over the weekend to check up on diners. 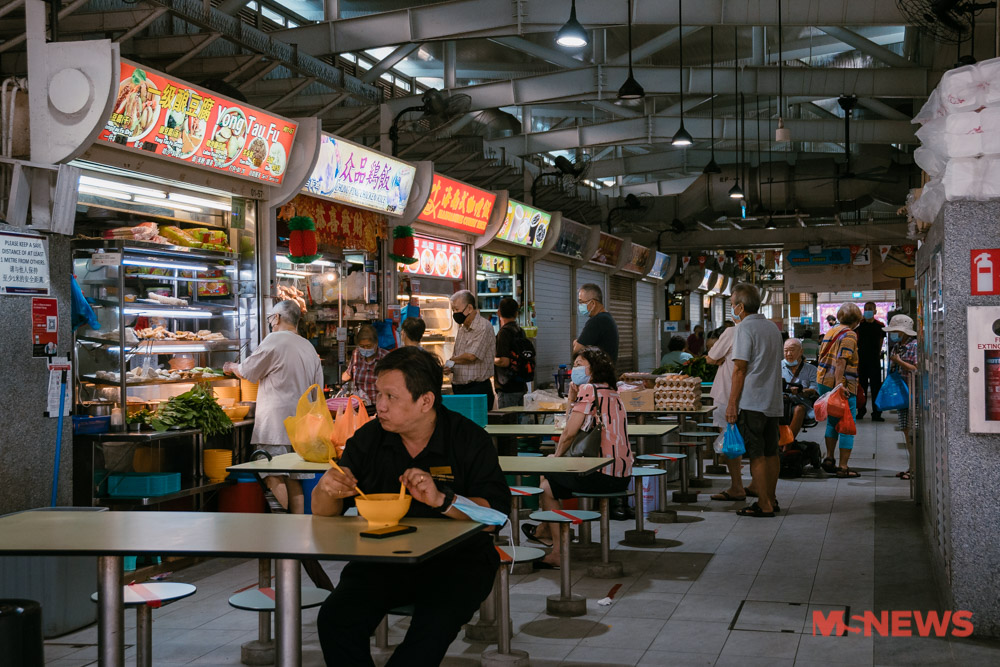 They found many of them breaching the rules, taking enforcement action against 188 people.

In a Facebook post on Monday (4 Oct), the NEA said they’ll step up enforcement against SMM breaches at hawker centres.

Thus, they carried out checks from 1-3 Oct.

Some of the hawker centres they visited included popular haunts like Chinatown Complex Market and Food Centre, recently a Covid-19 cluster. Other places they went to included:

Groups at these centres “tend to linger” and don’t follow SMMs, according to feedback cited by the NEA.

As a result of the checks, enforcement action was taken on 188 people.

For example, at Chinatown Complex, people were seen drinking alcohol after 10.30pm. 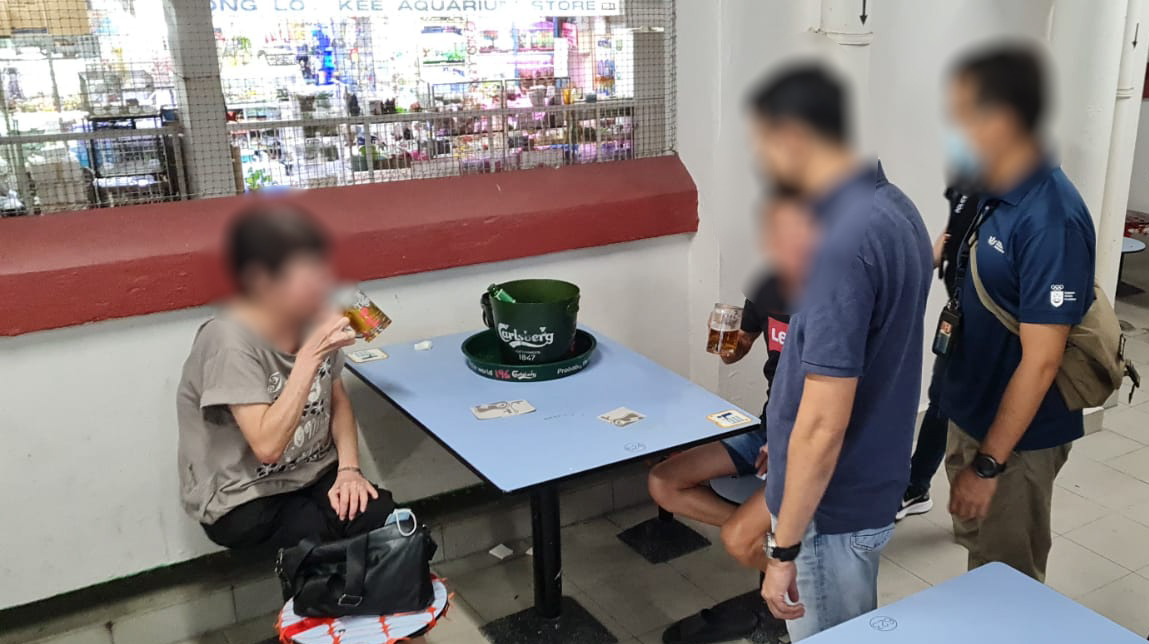 In the same place, patrons were found intermingling between groups. 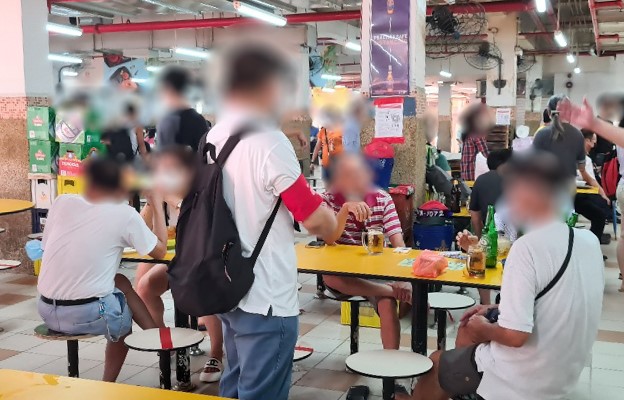 According to the current SMMs, we’re allowed to gather in groups of only 2 people till 24 Oct at least – and no intermingling is allowed.

Over at Haig Road Market and Food Centre, though, some diners didn’t seem to get the message.

Officers found them sitting in a group of more than 2. The NEA didn’t mention what type of punishment these rule-breakers received.

Close to 500 fines issued since Aug

However, in a longer statement on the NEA website, they also revealed that close to 500 fines had been issued since Aug.

This is compared with their statement on Friday (1 Oct), where they said more than 300 had been fined.

That possibly means that almost 200 fines were meted out over the weekend – which  seems to roughly correspond with the 188 people caught.

Looks like these enforcement actions are undoubtedly necessary to ensure compliance.

The NEA also repeated their advice to seniors to order takeaway from hawker centres instead of dining in or lingering over drinks.

They could also ask household members to dapao for them if possible.

Such extra precautions are needed as seniors are more vulnerable to the virus, and they’ve comprised most of the fatalities in recent weeks.

The agency also urged the public to cooperate with Safe Distancing Ambassadors and enforcement officers.

We’re grateful that we can still enjoy dining out in hawker centres despite the high number of community cases.

Thus, it’s advisable not to take this freedom for granted and remember to keep to SMMs when we’re at these places.

If we’re not careful and our case numbers rise with no end in sight, even the small pleasure of dining out might not be possible any more.