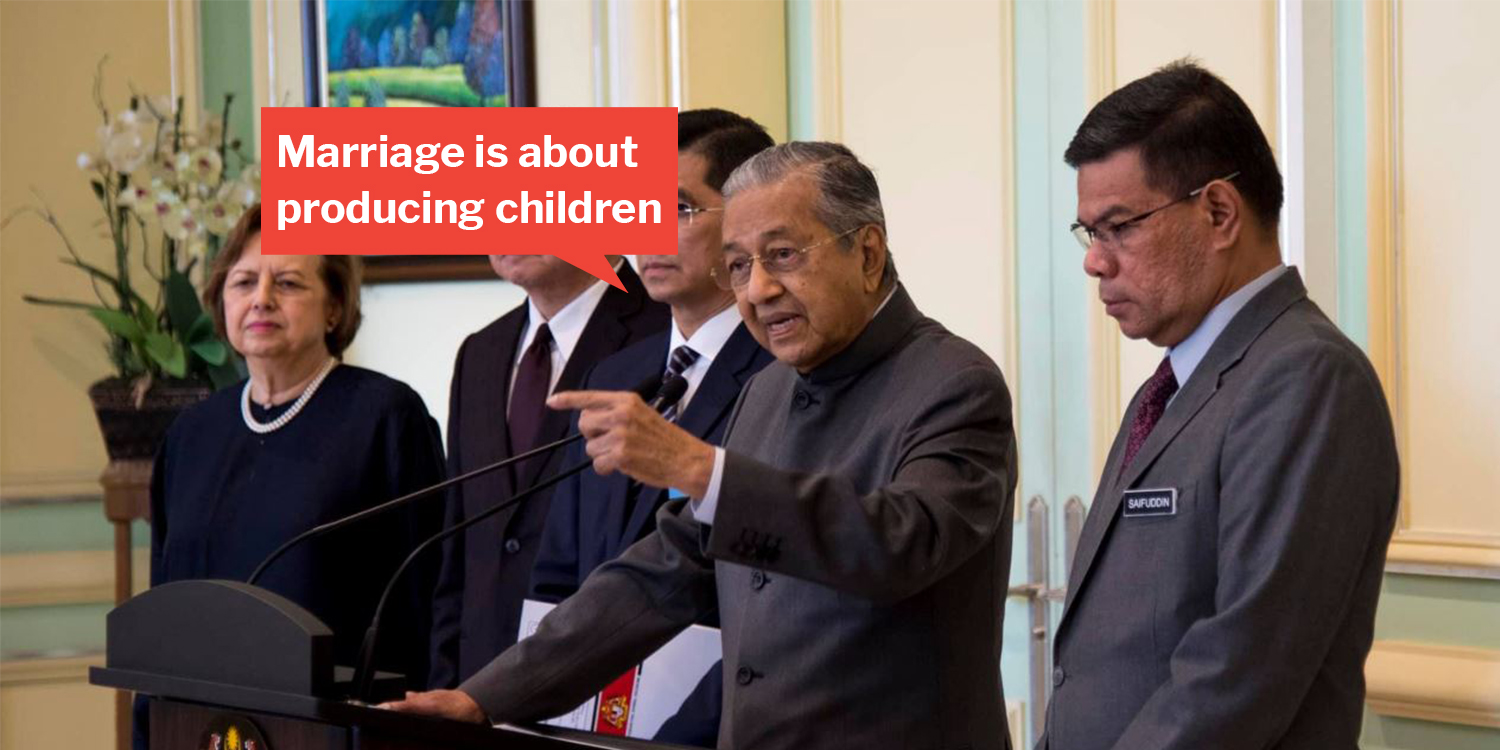 Malaysia is, after all, a conservative Islamic country.

Malaysia Will Not Recognise Same-Sex Marriage

Singapore is a conservative society. However, support for same-sex unions has steadily increased over the years. Even our politicians have defended the LGBT community.

There is no “absolute right”

To him, allowing people to do anything they like without restrictions is absurd — there has to be limits on rights.

Just like how it is illegal to commit suicide in Singapore, he believes Malaysia should not conform to Western values.

Marriage is for procreation

Dr Mahathir also says that “marriage is about producing children”.

To him, a family is created when marriage unites a man and a woman,

No marriage, no family… what are (they) going to be?

While Dr Mahathir has his own beliefs, netizens disagree. Not surprising.

One netizen believes that marriage is not about producing children but about love.

However, there were others that stood behind Dr Mahathir’s statements, with one drawing on Biblical text.

Malaysia is still an Islamic country

While there will be many that are unhappy with Dr Mahathir’s comments, we have to recognise that Malaysia is a conservative Islamic country.

Even Singapore – a racially harmonious society – has a large percentage of citizens that do not support same-sex marriages.

However, as the younger generation becomes more liberal, these statistics may change. But for now, let’s respect each other’s beliefs.

What do you think of Dr Mahathir’s comments? Leave your thoughts below.