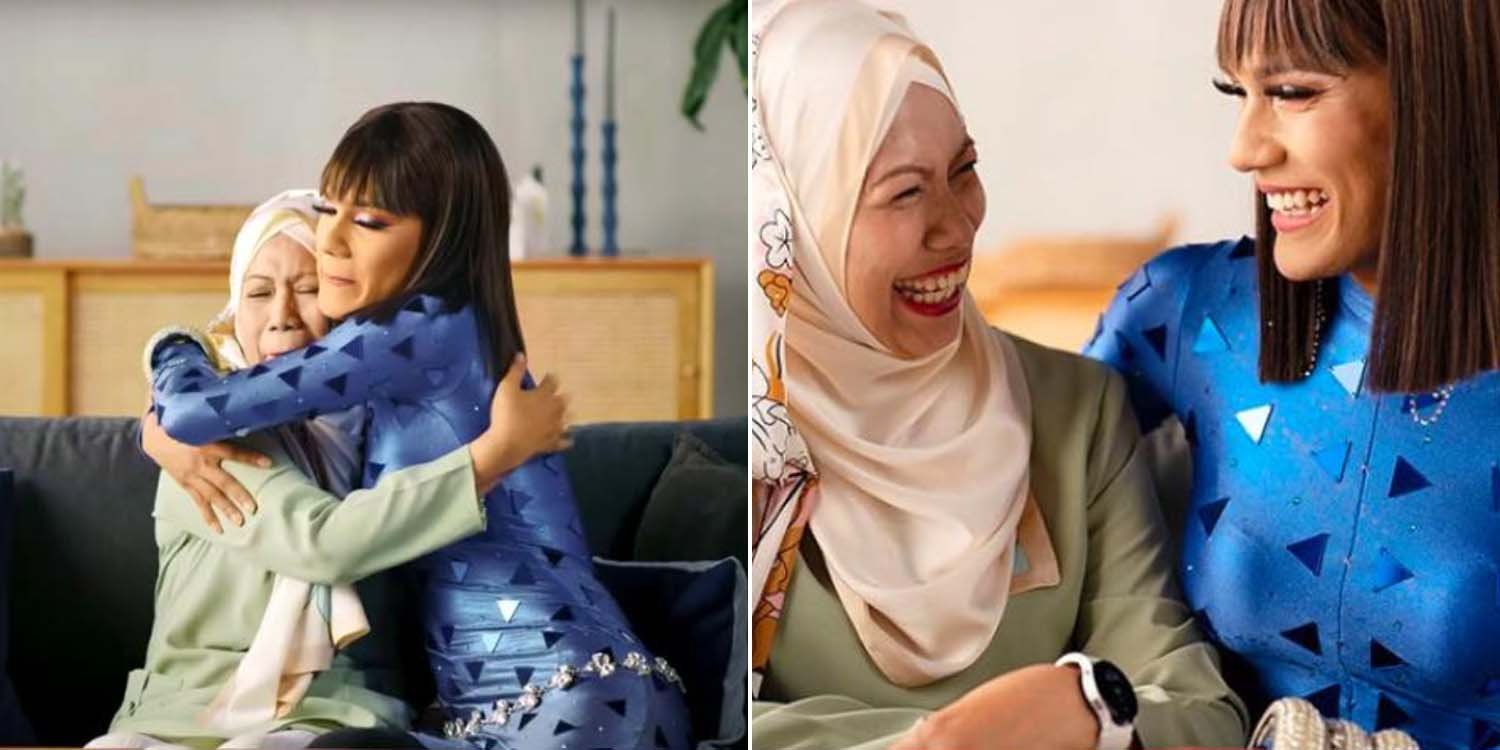 Calling for more support for the LGBTQ+ community.

In fairly conservative Singapore, finding acceptance for communities like the LGBTQ+ remains an uphill battle.

On Thursday (20 Jan), Samsung took down its advertisement featuring a Muslim mother and her drag queen son. The company apologised after realising the ad was “insensitive and offensive” for some Singaporeans. Hours later, Pink Dot SG responded to the controversy, claiming that LGBTQ+ people also deserve love from their families, just like everyone else. Samsung’s “Listen to Your Heart” series sought to promote their noise cancelling earbuds and smartwatch through heartwarming stories.

An ad promoting this featured a man in drag thanking his mum for being understanding and open-minded despite the judgment she endures. 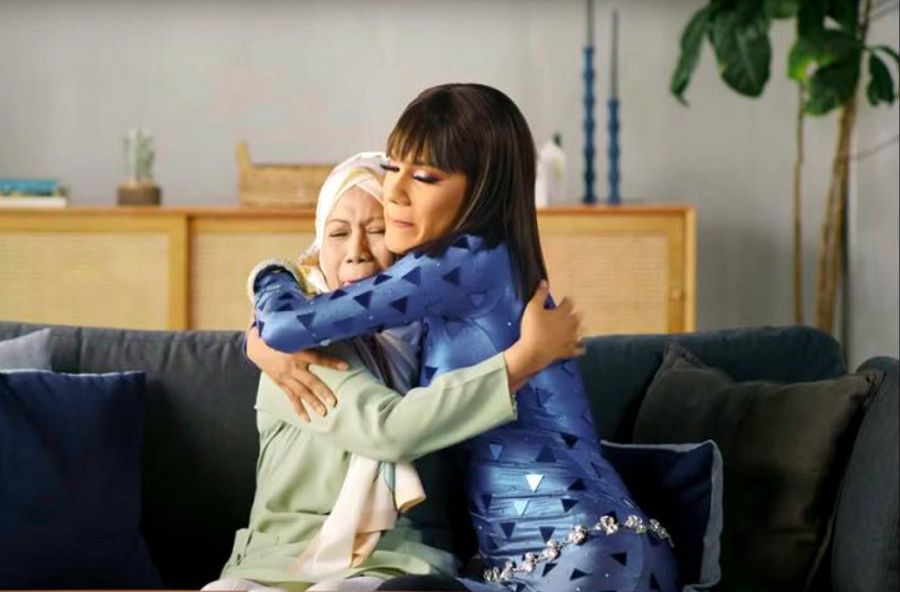 The pair also shared a loving embrace that was meant to highlight familial support.

Unfortunately, the advertisement was criticised by conservatives who believed it was offensive.

Since then, the ad has been taken down and the company has apologised.

Pink Dot claims it is unclear whether the critics were offended by the existence of LGBTQ+ people or the implication that they deserve loving familial relationships. 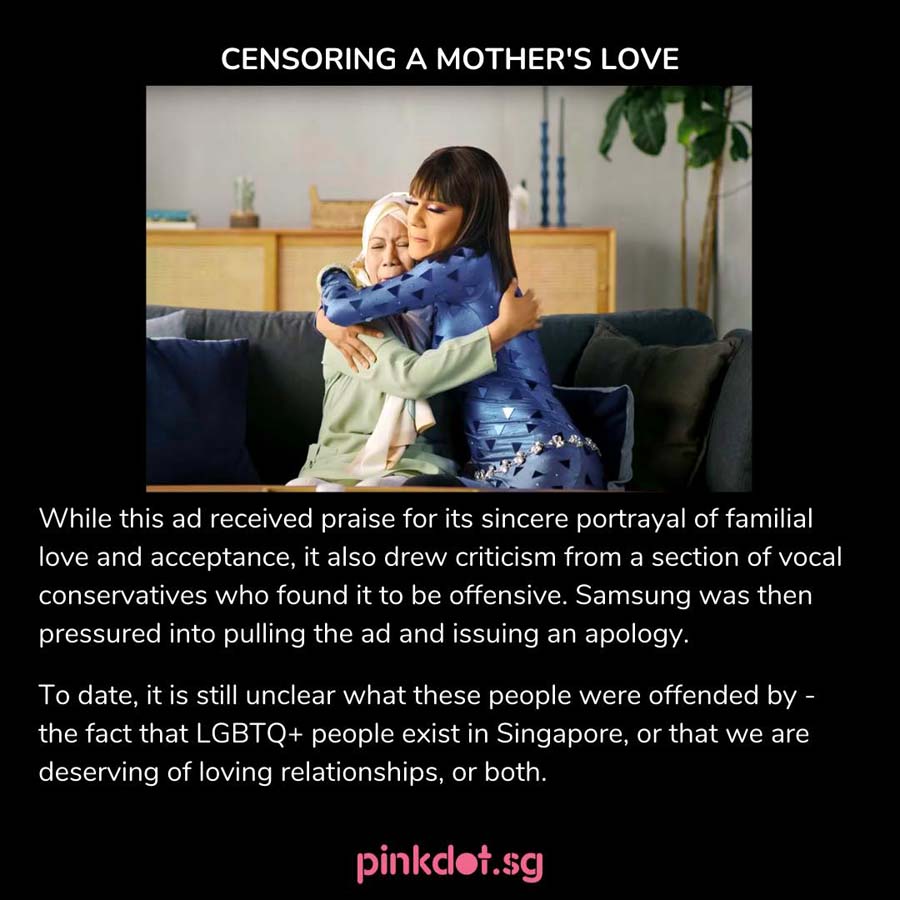 Much like everyone else, the organisation believes LGBTQ+ people deserve love from their own families. They must also have the ability to express themselves freely. 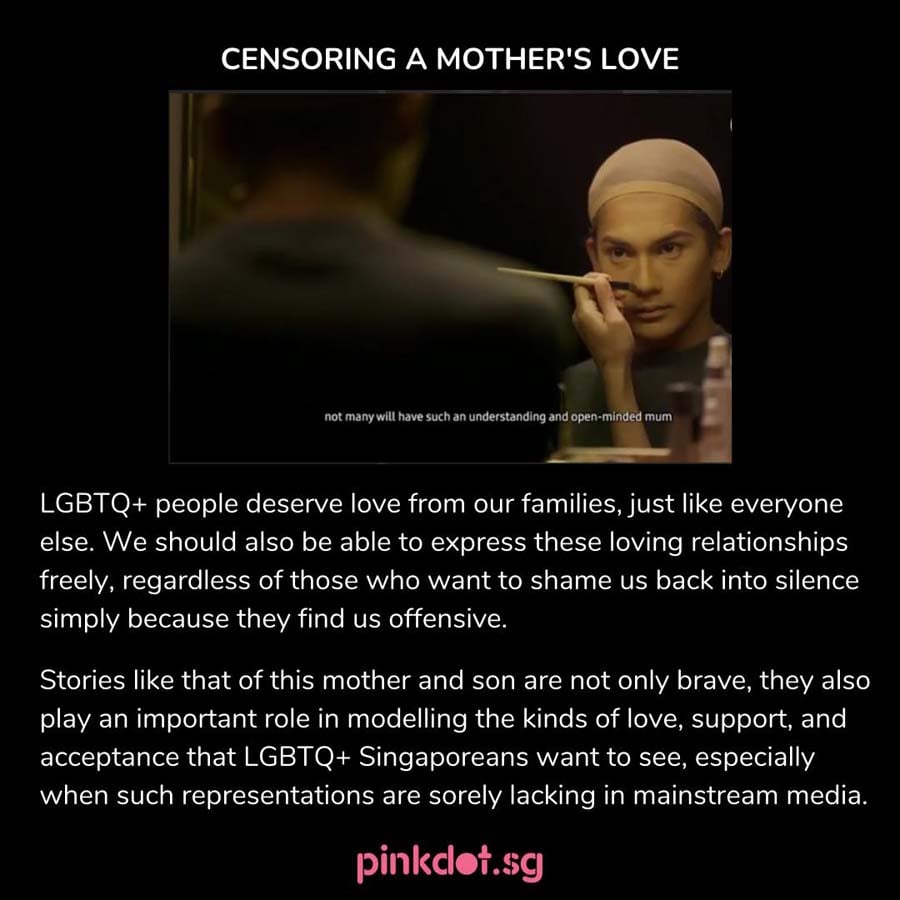 The tale of the mother and son is also brave, according to Pink Dot. More importantly, it serves as a model of the “kinds of love, support, and acceptance that LGBTQ+ Singaporeans want to see”.

They think that positive portrayals of LGBTQ+ people and their families are crucial to our society. 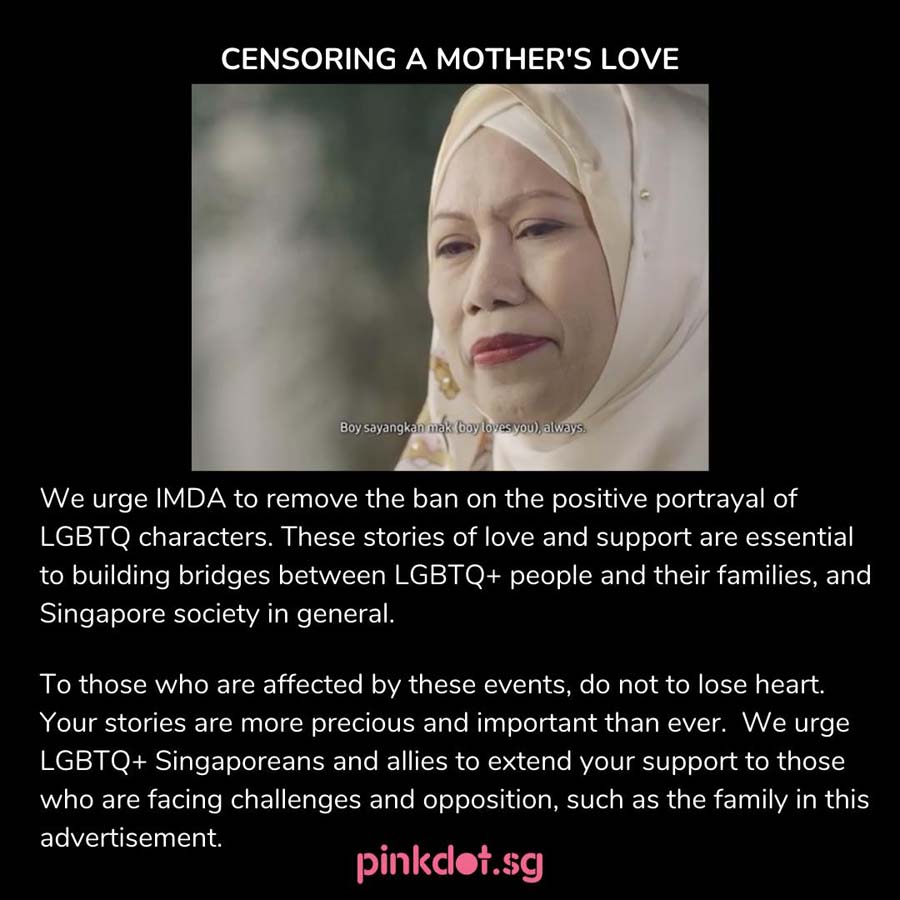 Furthermore, they urge supporters not to lose heart as their stories and experiences are precious. Likewise, they extend their support to members and allies facing obstacles such as the mother and son.

At the time of this article, it is unknown whether IMDA will respond to Pink Dot’s request.

The saga, however, has sparked discussions about the familial relationships of LGBTQ+ people, who want to live in a society where they can get fair treatment.

While the final outcome of this incident is still unclear, perhaps it’ll create opportunities for more fruitful and respectful conversations about building a more inclusive society.