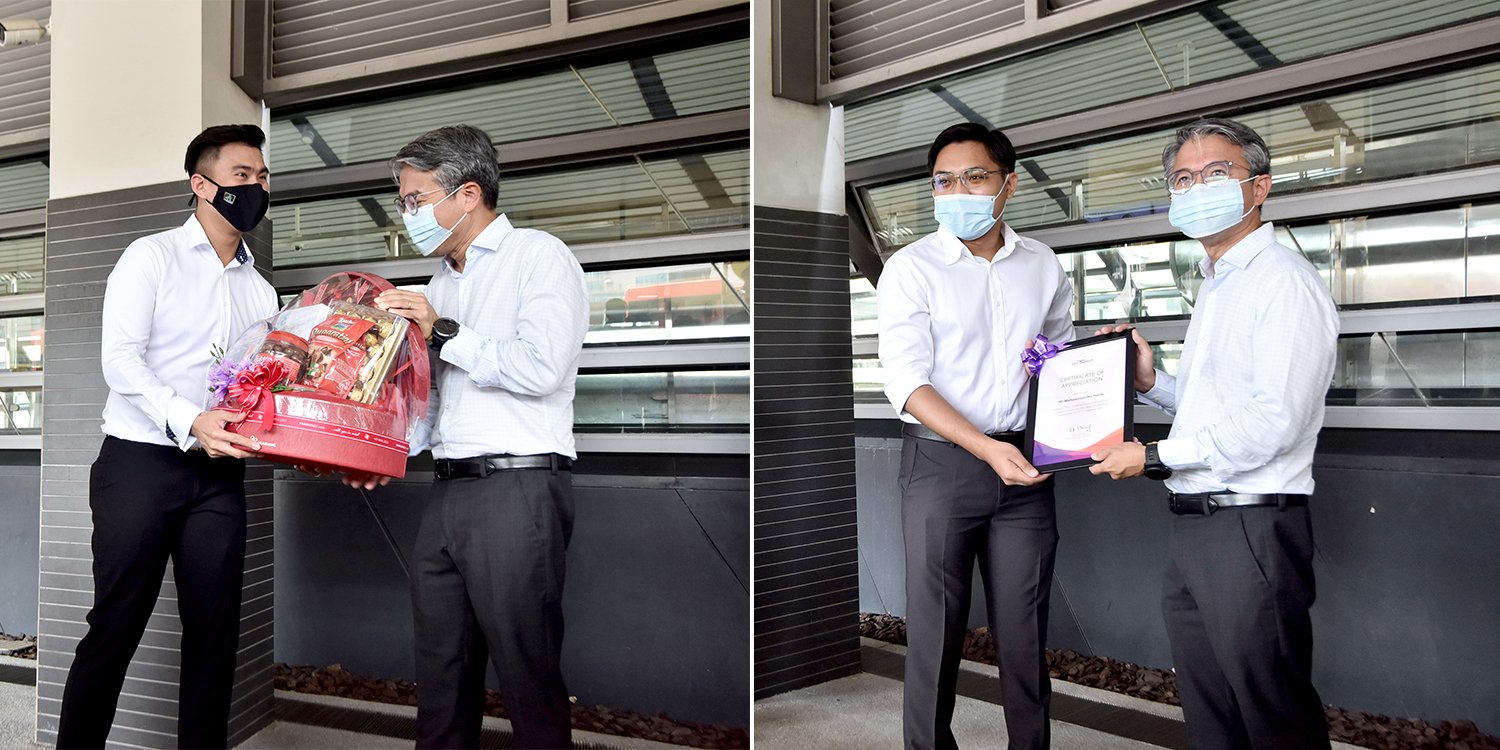 2 Men Who Defended Bus Captain Given Thanks By SBS Transit

When a bus captain suddenly found himself under assault by a disgruntled passenger, the worst could’ve happened.

After all, the assailant was carrying a knife.

But 3 men saw the commotion and without hesitation, stepped in to restrain the man.

For their efforts and bravery, SBS Transit presented 2 of them with an award and hamper on Friday (25 Sep). 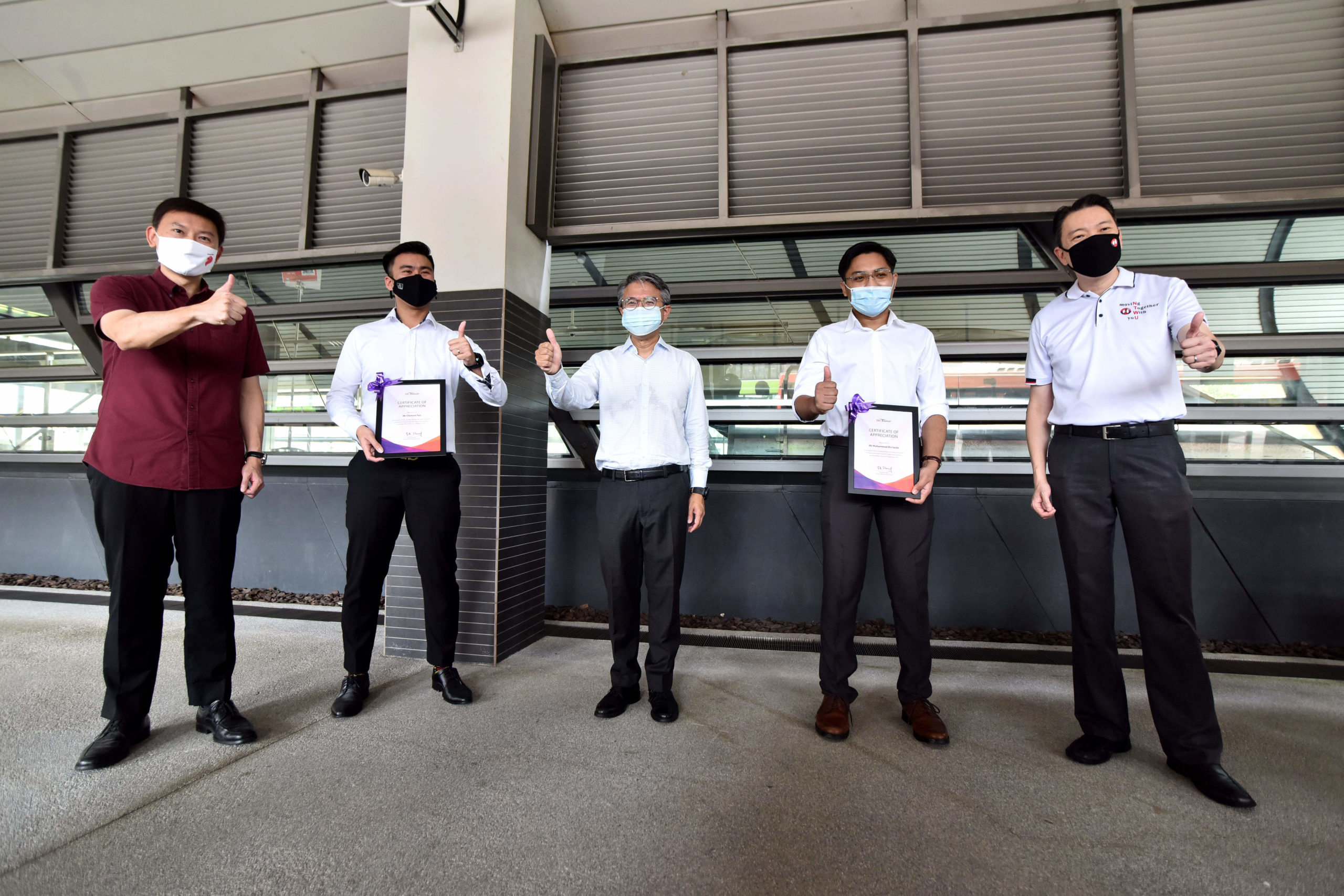 3 men were passers-by at the bus stop along Pasir Ris Drive 1 when they witnessed the assault.

2 of them were identified. They are:

SBS Transit are still looking for the 3rd man, who hasn’t responded to a public call for the brave men to step forward.

Mr Tan told Today Online that he didn’t hesitate to help the bus captain as he’d do the same for their loved ones or friends. 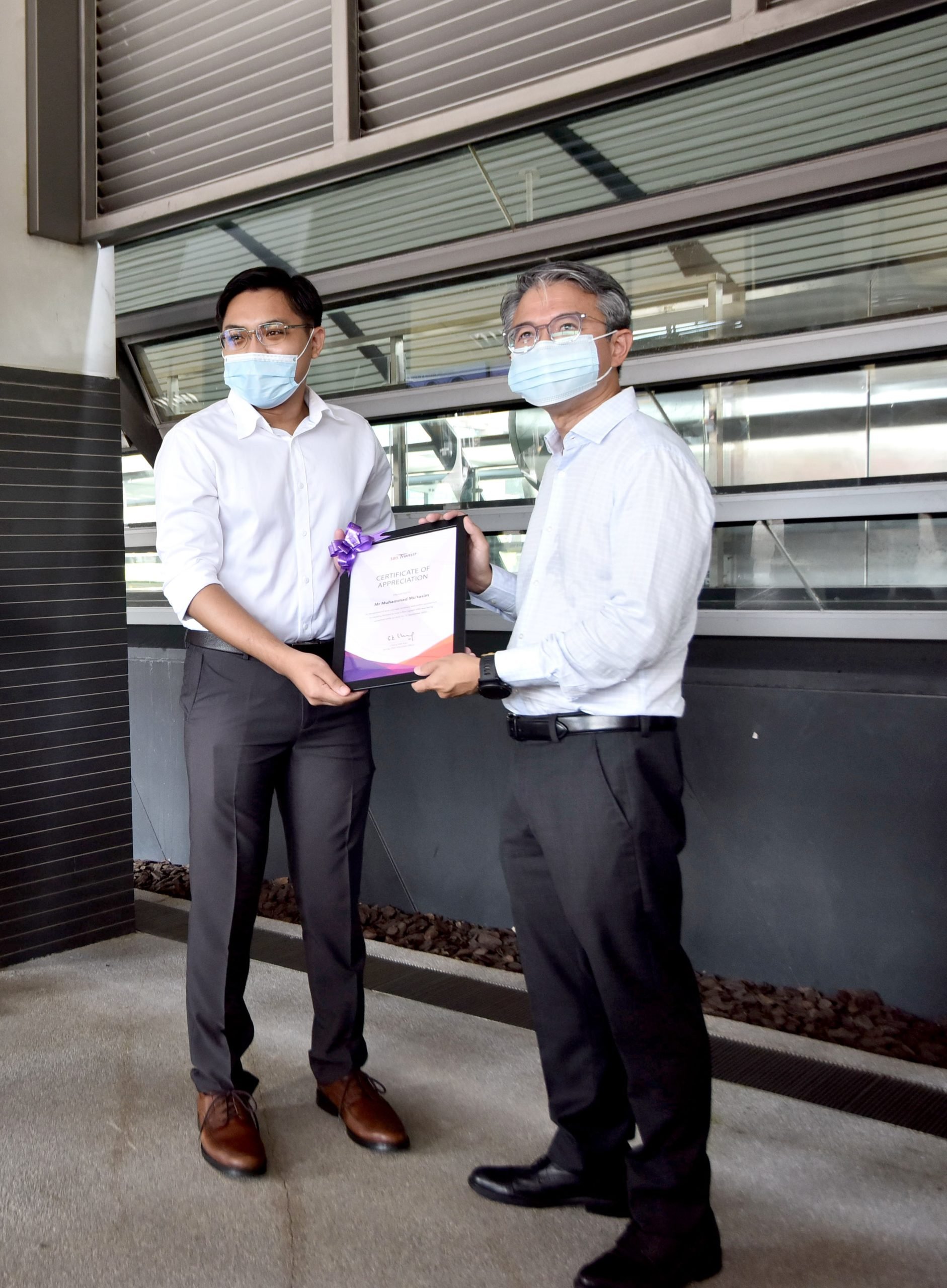 They pulled the attacker down and held him in a face-up position, when someone told them that he had a weapon

After that, they managed to remove the knife from the man’s pocket.

Eventually, the police arrived and Ja’afar was arrested.

The men’s heroic deed certainly didn’t go unnoticed, and SBS Transit commended them with a hamper and certificate of appreciation. 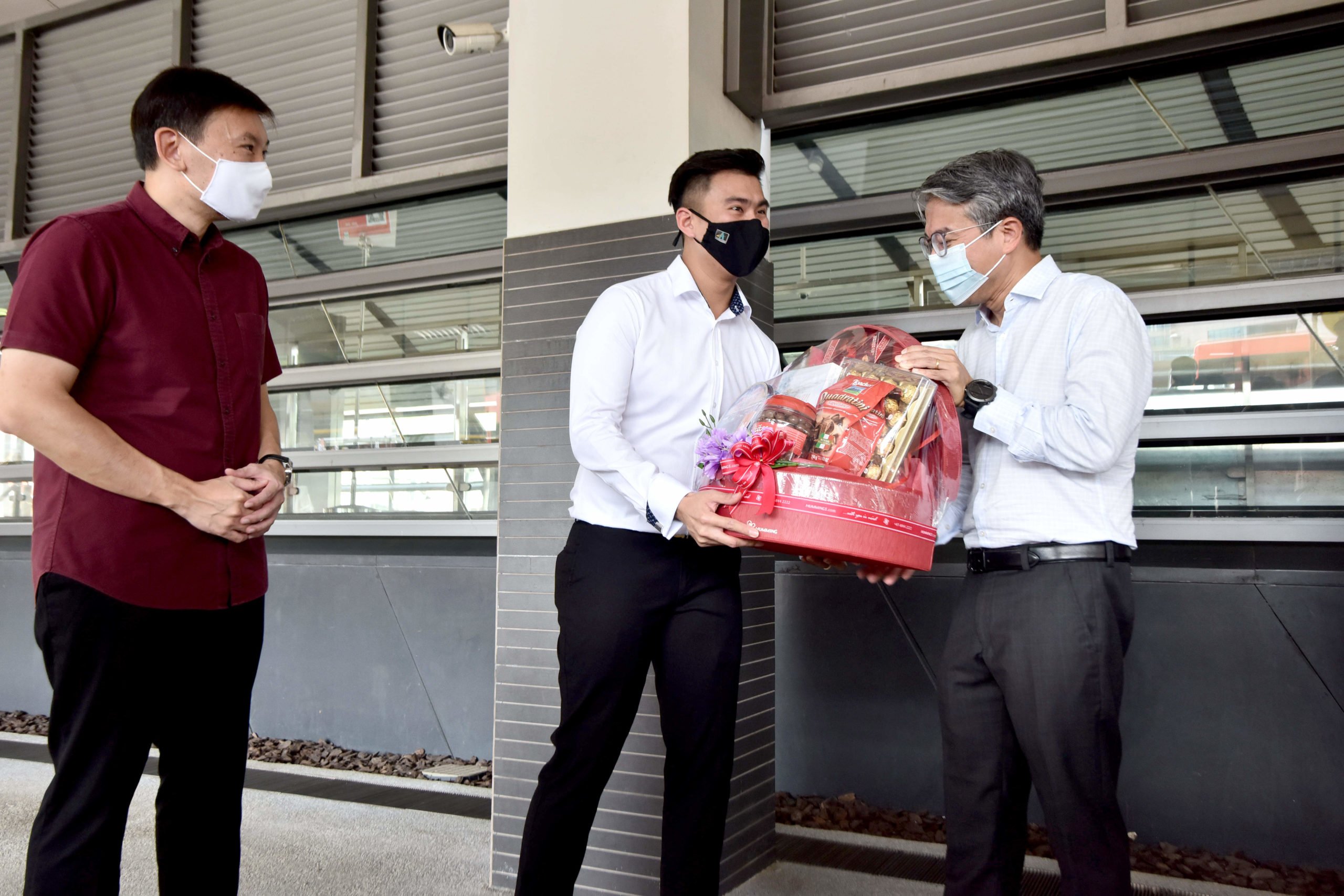 SBS Transit hope that the 3rd man will respond to their call at some point, as they also wish to show him their appreciation.

Man attacks bus captain for asking him to wear mask

The incident occurred on Tuesday (15 Sep) on bus 21 in Pasir Ris.

The 52-year-old passenger, Ja’afally Abdul Rahim, grew angry at the bus captain, Low Kok Weng, when the latter asked him to put on a mask.

After doing so, he started scolding Mr Low and this escalated into a physical assault.

For what SBS Transit said was “a good 12 minutes”, the passenger attacked Mr Low, raining blows on his head.

They condemned the assault on Facebook, and noted that the bus captain was shaken but suffered no physical injuries.

Both Mr Muhammad and Mr Tan, as well as the 3rd man, rightly deserve the kudos going their way.

As Mr Tan said, nobody wants something like this to happen to their loved one or friend.

SBS Transit said on Facebook that they’re helping Mr Low with legal advice as well as expenses as he files a civil case.

But the most important takeaway is that we must respect our bus captains. They’re here to provide a service and don’t deserve abuse.

Incidentally, if you’re one of those who helped subdue the attacker, do contact SBS Transit as they’re looking for you to give thanks.

Bishan, Toa Payoh & Tampines Nov BTO Are For Couples Who Want To Live In The OG Popular Hoods