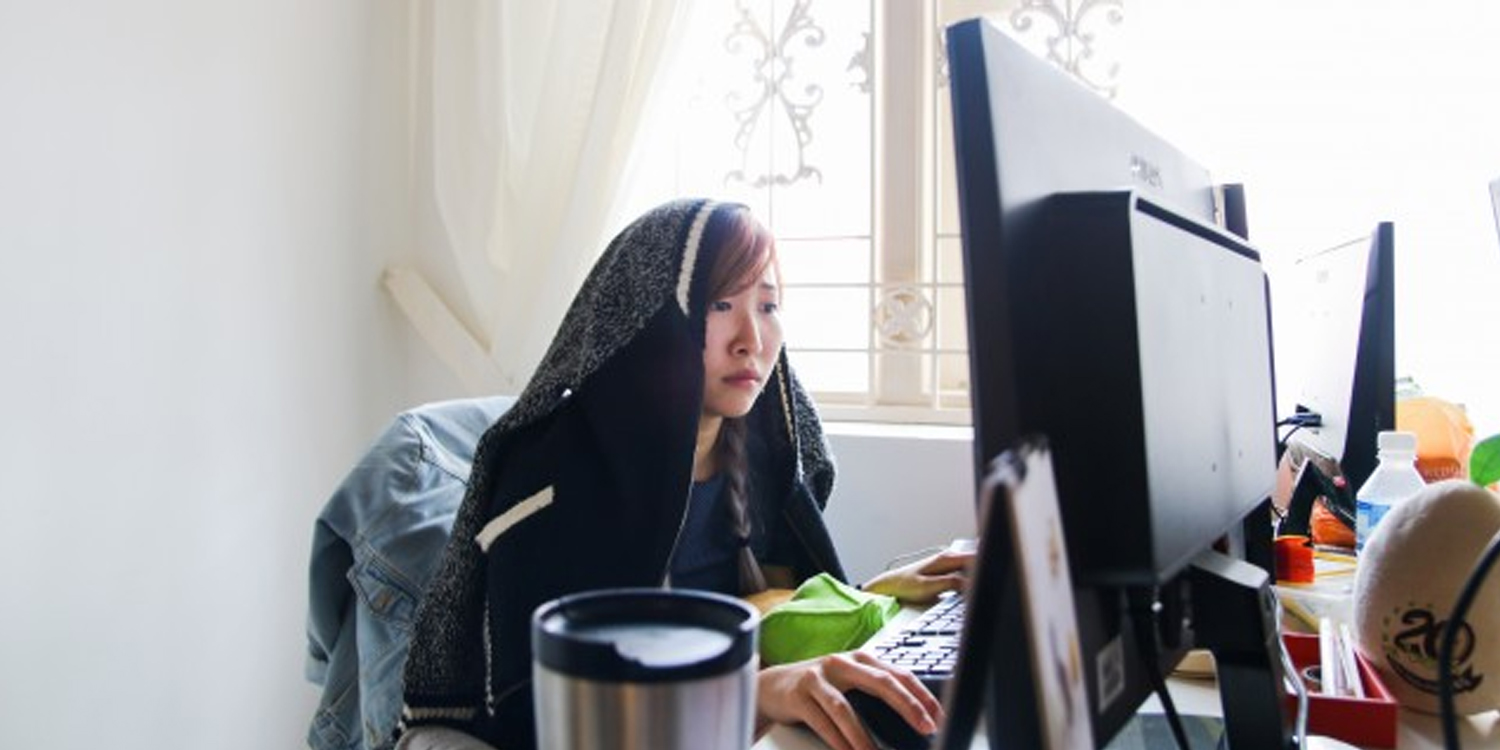 When we’re told never to share our one-time password (OTP), it is for good reason. We should always be on our guard whenever someone asks us for our OTP.

Unfortunately, one netizen lost $20,000 in savings after encountering a social media scam which phished for her One-Time-Password (OTP).

The cautionary tale was shared on Pasir Ris NPC’s Facebook page on Saturday (6 Jun), via a recount of an officer having a conversation with a taxi driver. 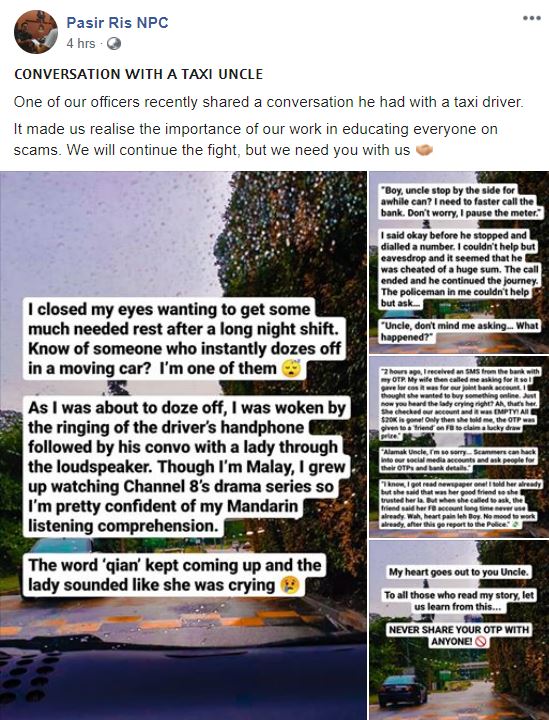 During the encounter, the officer finds out that the taxi driver’s wife had just lost the savings in their joint account to a scam. We summarise the story below.

After his night shift, the officer proceeded to go home in a taxi. During his ride back, the driver received a call, which he answered on speakerphone.

The officer gathered that the driver was talking to a woman regarding money issues. The officer also noted that the woman sounded distressed, as if she was crying.

After the call, the driver asked the officer if he could stop by the roadside to call the bank, assuring him that he would pause the meter.

He consented, and the driver went on a second call. Based on his conversation, the officer believed that the driver was cheated out of a big sum of money.

After finishing the call, they continued on their journey.

However, the policeman’s instinct sensed something amiss, which led him to ask the driver what happened.

The driver then shared that his wife had asked for the OTP for their joint bank account a while ago.

Assuming that his wife was simply online shopping, he gave it to her without second thought. As it turns out, the wife wanted it to give to her good friend through Facebook, for claiming a lucky draw prize.

When the wife noticed that the bank account was empty, she hurriedly called up the friend, only to find out that a scammer had posed as her friend on Facebook.

After sharing his story, the driver said that he felt “heart pain”, and had no mood to continue working. Instead, he would report the incident to the police after the trip.

Social media scams are designed to exploit the trust we have built in our relationships.

Hence, it’s always better to err on the side of caution, and not share personal details or passwords with anyone, especially not online.

As far as you can, facilitate all transactions personally, and don’t simply trust middlemen with your credentials.

We hope the couple will be able to file a police report & retrieve their savings asap.

Featured image adapted from TheSmartLocal. Images used are for illustration purposes only.