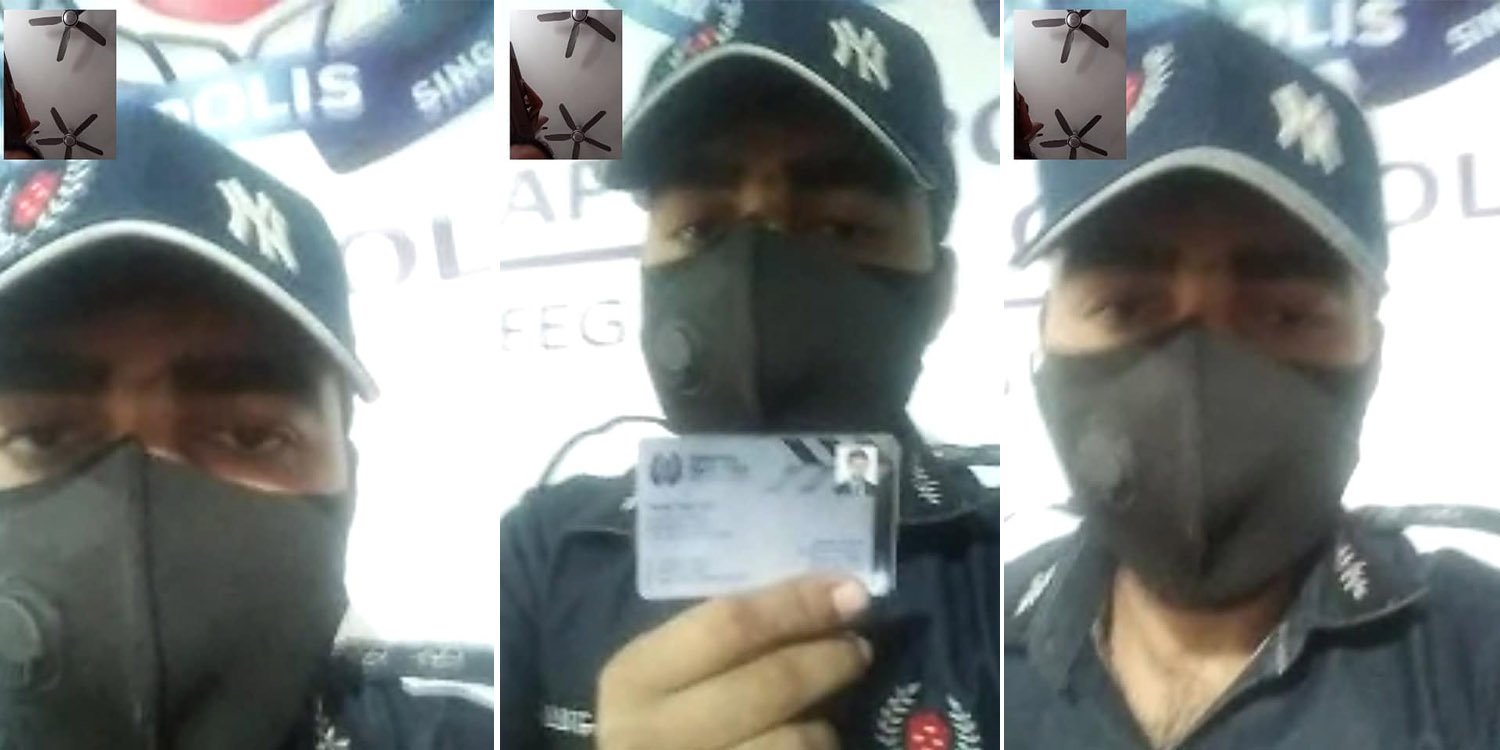 He claimed he was from CID and asked for the lady's bank account details.

Despite the authorities’ efforts of raising awareness, phone scams continue to be prevalent in Singapore. And scammers are constantly changing their tactics to deceive vulnerable folks.

On Saturday (27 Nov), a lady took to Facebook to warn the public about an alleged scammer posing as a Singapore police officer, asking for bank card details.

However, a close look at the ‘officer’ would draw suspicion. Apart from a Singapore Police Force (SPF) logo, his cap also had a New York Yankees logo.

The lady shared on Facebook that she received a call from a number starting with ‘+65’. The man on the line claimed to be an officer from the Criminal Investigation Department (CID).

According to screenshots of the Whatsapp call, the person’s profile picture depicts a few Singapore police officers.

The lady pointed out that the man even video-called her, showing that he was wearing a ‘police uniform’.

She points out that one can tell it is fake, likely due to the shoddy-looking SPF logo emblazoned on his uniform and cap.

But perhaps the biggest giveaway is the New York Yankees logo on his cap, next to the SPF logo.

At one point, he even whipped out his ‘police’ ID card, trying to convince the lady that his identity was real.

The lady said he asked for her ATM and bank card details during the call, citing a need to verify them.

She warned the public not to share any personal details.

The lady added that while many might identify it as a scam, the more vulnerable ones amongst us, like the elderly folk, might fall for it.

According to her post, she hoped that people would share this information with their loved ones so they would be more careful.

Report such scams to SPF

Such scams where people pose as police officers are not new. However, how these scam calls are carried out have evolved.

In September, SPF issued an advisory saying these scammers would typically call through messaging applications and have photographs of police officers as their profile pictures.

They would then proceed to inform the victim that there are issues with their bank accounts in an attempt to get their banking and credit card details, and One-Time-Password (OTP).

The police urged the public to be wary and not to disclose any personal information to anyone.

If you have information about such calls, you can also call the police hotline at 1800-255-0000 or submit a report via iWitness here.

Be vigilant and keep a lookout for such scams

In accordance with Singapore law, it is an offence to impersonate a public servant, such as a police officer.

It’s worrying that scammers continue to switch up their tactics to dupe unsuspecting victims.

So when you receive calls from unknown numbers, do be vigilant and keep a lookout for such scams.