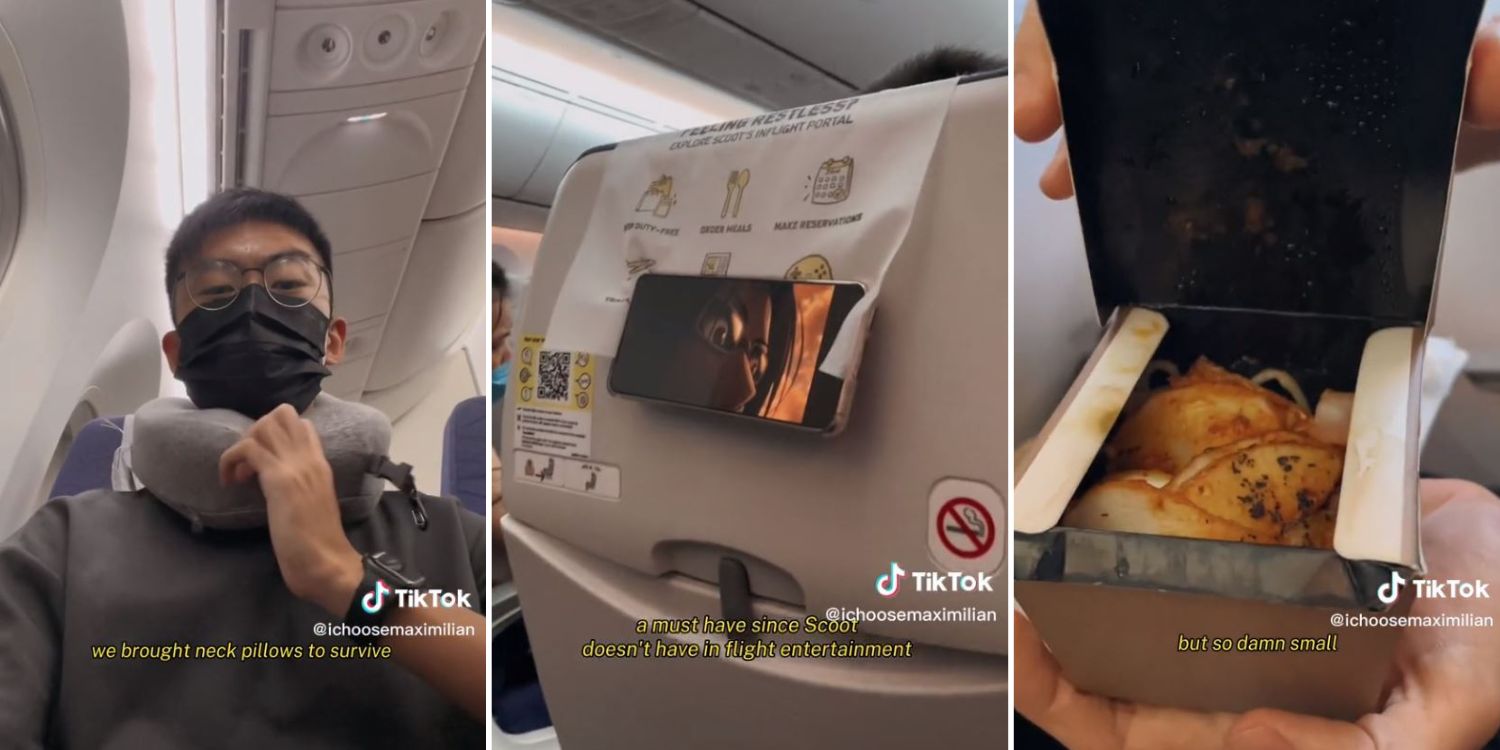 Gotta adapt to save that cash.

Long-haul flights to and from Singapore have become increasingly common these days. A man recently took one such flight – on a budget airline no less – to Berlin.

He shared his experience on TikTok, giving tips to those who may be considering doing the same.

To ensure comfort on the 13-hour flight, he made sure to have an in-flight meal and a neck pillow for the journey, among other things.

On 21 Nov, TikToker @ichoosemaximilian uploaded a video detailing his experience on the long-haul flight to Berlin.

He mentioned that since Scoot was the only airline offering a direct flight, he decided to hop on it with a friend to catch Keshi in concert in Berlin.

Immediately quashing any reservations people have about budget flights, Maximilian showed that the plane was “rather clean”.

The legroom was also “decent”, though the caption “landed with arthritis” on his post suggested otherwise. 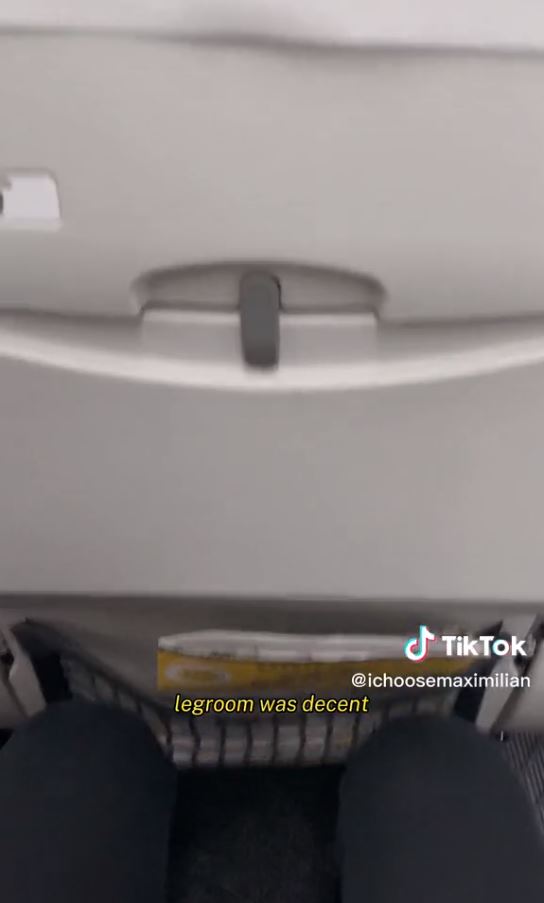 Although Maximilian and his friend were excited to get some shut-eye on the flight, screaming children allegedly made it impossible for them.

Nevertheless, they did manage to squeeze in a few hours of sleep, partly thanks to the neck pillows they brought which provided some comfort. 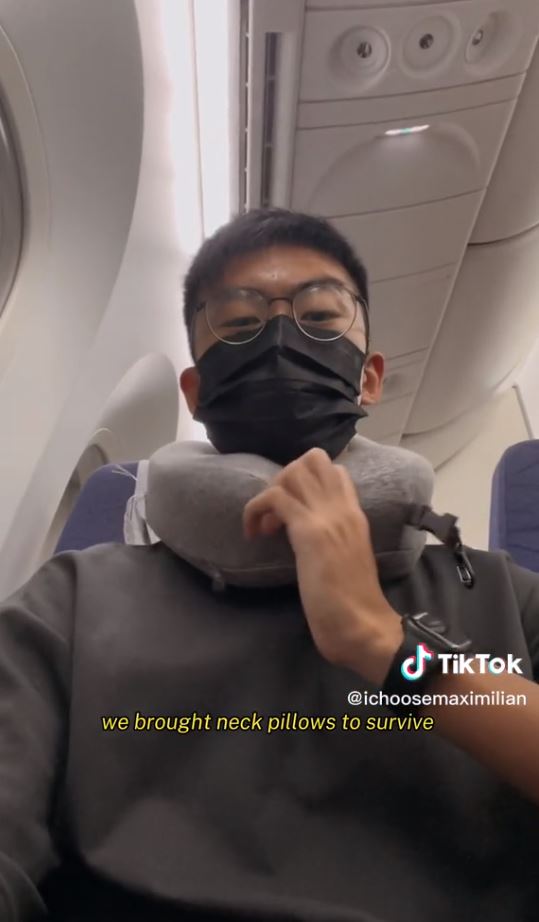 They spent the rest of the time watching shows they had downloaded beforehand on their personal devices since Scoot does not provide in-flight entertainment. 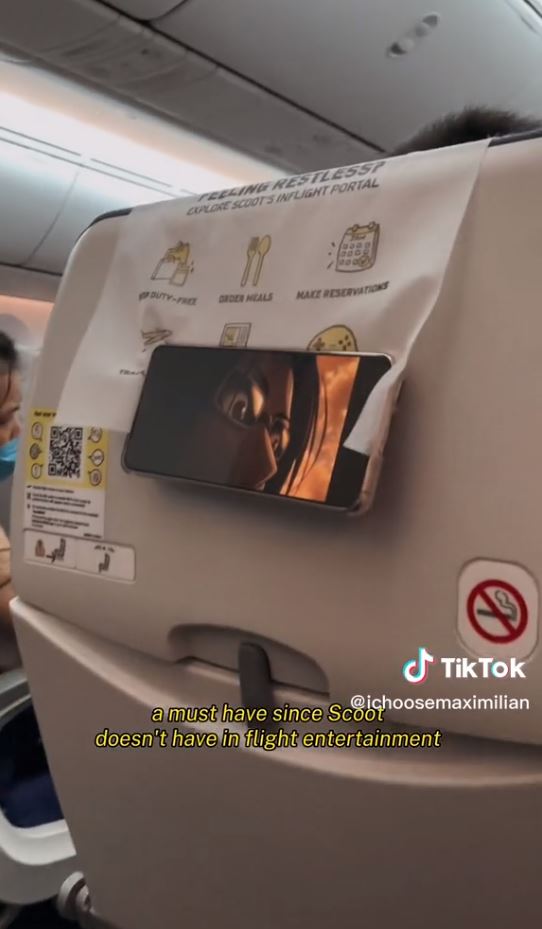 A long-haul flight often means that you’d have to have a meal or two while in the air. Maximilian apparently paid S$17 for his, which turned out to be “so damn good”. 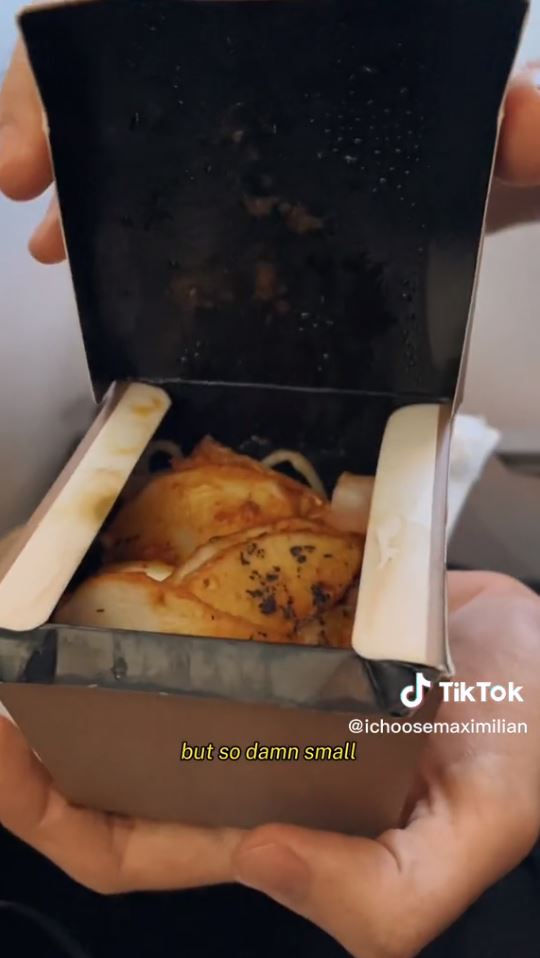 Unfortunately, the serving was “so damn small” and they allegedly received the meal only two hours before landing.

Something to consider for affordable travels

Despite the minor inconveniences, Maximilian and his friend seemed to have a rather uneventful flight experience.

If all budget long-haul flights were to go as smoothly, perhaps they could be a viable option for affordable overseas trips with your buddies.

Who would you board such a flight with for a holiday? Tag them in the comments so they’ll know what it’s like.